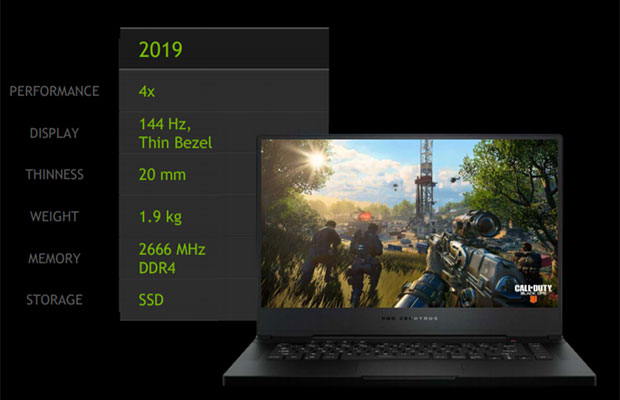 While laptops based on Nvidia RTX graphics chips have been available in stores for a while, the mobile versions of the lower-tier and more affordable GTX 1650 and 1660Ti Turing chips will only make their way inside notebooks from the second part of April 2019.

We’re already working on several different reviews of GTX 1650 and 1660 Ti laptops, and we’ll further update the article with our findings once those are finished.

In the meantime, in this article, we’ll tell you what to expect from these Nvidia chips and what are the main similarities and differences between them, the higher-tier (and at the same time most affordable GPU with support for RayTracing) RTX 2060 GPU and the older GTX 960M and GTX 1060 GPUs, which power the vast majority of the gaming laptops you might look to replace this year.

We’ll also compile a detailed list of all the available GTX 1650/1660Ti laptops down below, in the second part of the article. 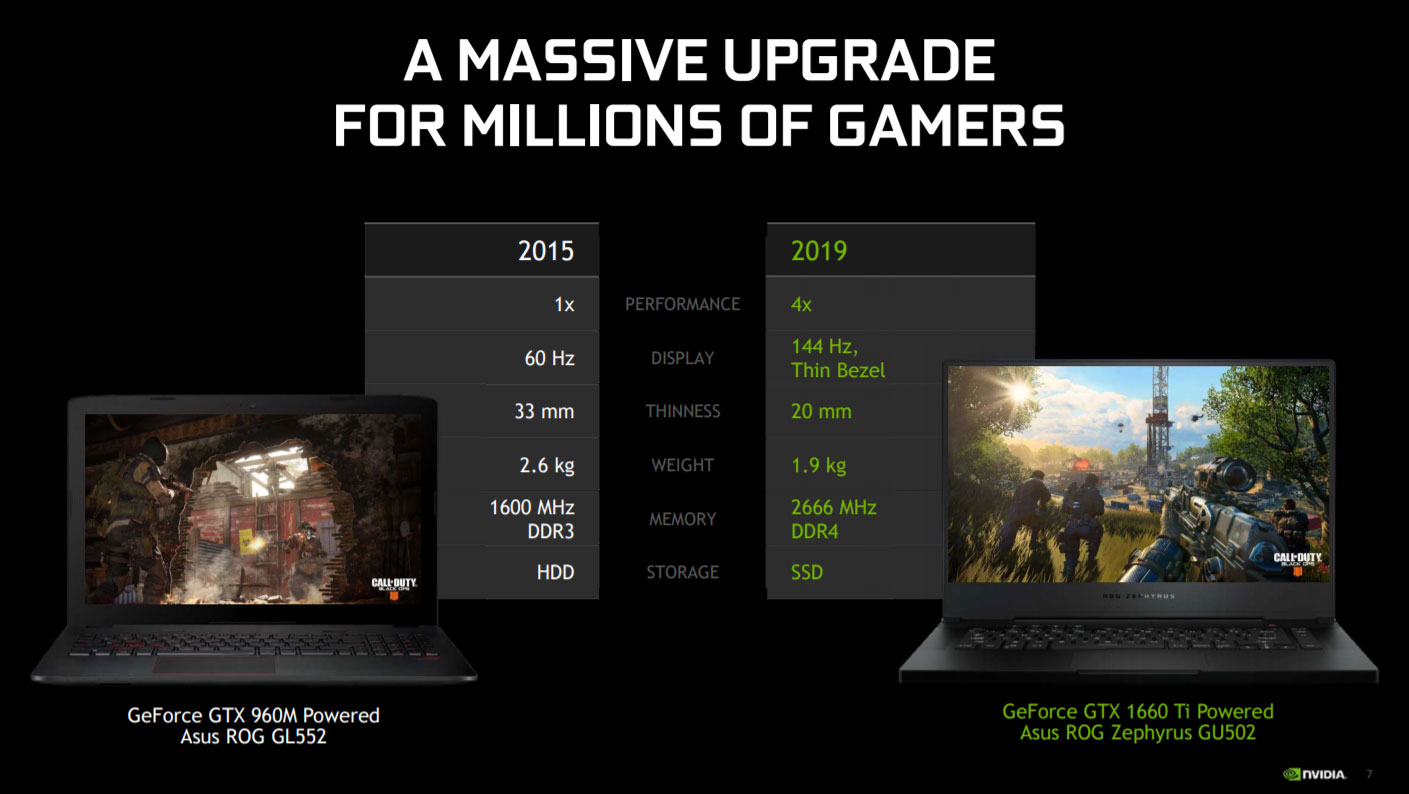 For starters, here’s a quick specs sheet of the GTX 1650/1660Ti chips, next to the next best thing, the RTX 2060, and the older chips that they replace in budget gaming laptops. 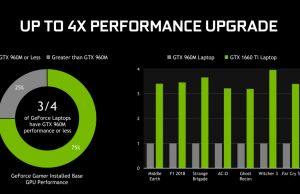 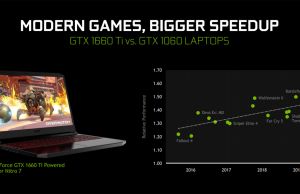 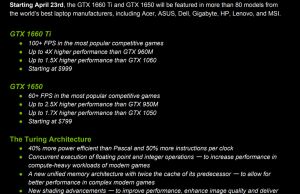 I’ve also added a short list of benchmark results down below, but only take them as a general reference between platforms, as each implementation performs differently, based on the thermal solution’s ability to keep the hardware at bay.

This table is also a work in progress, and we’ll update our findings as we review more of these Turing GTX laptops.

In very few words though, GTX 1660 Ti laptops should get within 10% of the existing RTX 2060 in most standard games, but, of course, lack any sort of RayTracing capabilities. Compared to the existing 1060 laptops of the last years, GTX 1660 Ti units should provide 30-50% better gaming performance, varying between implementations.

GTX 1650 laptops start at as low as $799, while GTX 1660 Ti models start at $999, but you’ll find various models beneath these MSRP prices down the road, once discounts start to kick in. We’ve included the important traits and shortcomings of each option, but you should definitely dig further into the devices that catch your attention, by reading the reviews and guides linked in each case. On top of that, if you’re interested in updated configurations and prices, you’ll find those by following the appropriate links.

With these out of the way, here’s the list of GTX 1650 and 1660 Ti laptops, both ultraportables and the full-size budget models, which sacrifice on weight and thinness for better performance and a much lower price tag.

Keep in mind we’re constantly updating this list, adding new info and products as they are launched, so just in case you found inaccuracies or something that should be in here and is not, please tell us about it in the comments section at the end.

That’s about it for now, but as already mentioned, we’re constantly updating this list of Turing GTX laptops, so stay tuned for changes.

On top of that, if your budget allows, our lists of entry-level RTX 2060, mid-range RTX 2070 and top-tier RTX 2080 laptops might also come in handful.

Disclaimer: Our content is reader-supported. If you buy through some of the links on our site, we may earn a commission. Learn more.
Andrei Girbea, Editor-in-Chief. I've been covering mobile computers since the 2000s and you'll mostly find reviews and thorough guides written by me here on the site.
← Previous Story Laptops with Nvidia RTX 2060 graphics (the complete list)
Next Story → IC Graphite Pads: Better than thermal paste?