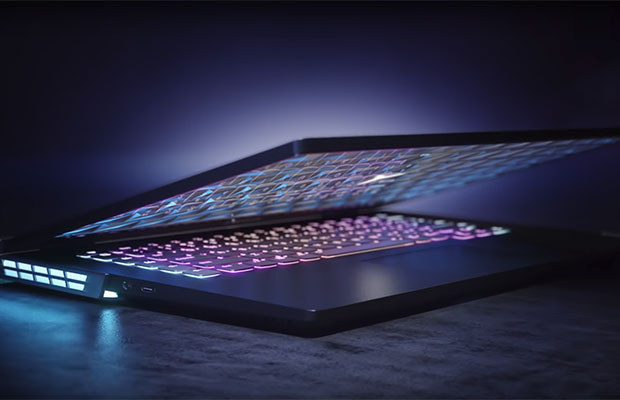 Lenovo is fairly new at making gaming laptops, but their Legion lines have been some of the best-buy products in their categories in the last two years, with the Y720/Y520 and then the Y530/Y730 models.

Despite that, Lenovo is not resting on their laurels and 2019 is going to bring updated versions of both generations, with first a Legion Y740 scheduled for February, and later on an updated Y540 around June.

Both are built on the latest Intel and Nvidia hardware platforms, which means, of course, they get RTX graphics, but also newer screen options and improved cooling, on top of the already existing solid base provided by the Y530/Y730 lines.

This article tells you what to expect from the Y740/Y540 updates, what’s changed from the previous versions and also touches on those potentially hidden quirks you should be aware of when shopping for one of these.

But first, here’s a quick specs sheet of the Y740 models, available with either a 15 or a 17-inch screen.

On the outside the Legion Y740s are identical to the previous Y730 lines, which means they’re made out of metal and get a simple, sober design, that doesn’t scream GAMING like many other recent gaming notebooks. That makes them fairly versatile and suitable for both work and fun. As a side note, Lenovo has reinforced the weak hinges of the previous generation, so they should do a better job at keeping the screen as set-up.

You can still pump-in some RGB lighting if you absolutely have to, but the lights are hidden inside the side/back vents and can be switched off. The keyboard, designed in collaboration with Corsair, is RGB backlit as well on this line.

You’ll find plenty about the build, design, IO and typing experience in the already available reviews of the Y730 model with whom the Y740 shares these traits, before the 2019 variant actually becomes available, so you’ll know what to expect.

The novelties are hidden beneath the shell, where the Y740 gets Nvidia RTX graphics this time around and supposedly improved cooling, which should be much welcomed, given how the Y730 and Y530 models ran quite hot with games and other taxing loads.

The 15-inch Y740 model can be specced up to an RTX 2070 Max-Q GPU, while the bigger 17-inch model gets a top-tier RTX 2080 Max-Q graphics chip. The RAM, storage, and battery suffered no change from the 2018 versions, which suggests the interior was hardly modified at all and makes me even more curious about the touted 15% better Coldfront cooling system. I sure hope this is not just marketing and actually has a noticeable impact in real use. The specs also mention Corsair DDR4 3200 MHz memory available as an extra option, and I’m curious of its performance impact. We’ll answer all these questions in a future review, so stay tuned for it.

The screen choices are the other major overhaul of the Legion Y740 lines. Both the 15 and 17-inch models get matte FHD IPS 144 HZ panels with 300-nits of brightness as standard, pretty much the norm for a gaming laptop of this caliber right now. There’s also GSync support though, welcomed on a gaming machine, but at the same time a feature that totally kills battery life on these devices.

Optional 500-nits screens with Dolby Vision HDR are also available on both variants. Lenovo hasn’t communicated anything about their refresh-rate or color-accuracy, but I’d expect those to be 60 Hz panels and rather appeal to users looking for an all-around computer with better battery life, although there are probably better-balanced devices out there if gaming is not at the top of your list, smaller, lighter, with more capable speakers and more affordable lower-tier graphics.

Cause at the end of the day the Legions are gaming machines, despite the fact that they can act as sleepers during the day, and the Y740 actually improve on these exact lines, with more capable graphics and high-refresh rate GSync screens. 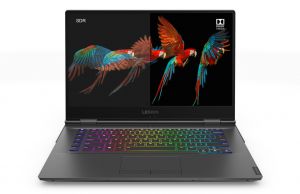 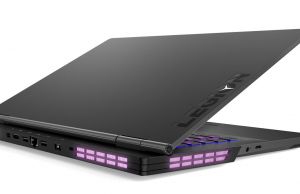 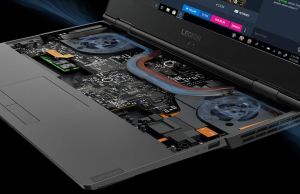 Update: Don’t forget that our detailed review of the Lenovo Legion Y740 15 is available over here.

If you’re on a more limited budget, but still looking at a gaming laptop with RTX graphics and a 144 Hz GSync screen, the Legion Y540 update might be the one for you.

It’s scheduled for later this year though, around June-July, which suggests it might also be built on Intel’s next 9th-gen mobile hardware platforms, while the Y740 gets Coffee Lake CPUs, at least at launch.

You’re nonetheless going to cut some corners when stepping to this class. Much like the Y740 series, the Y540 shares most traits and characteristics with the 2018 Y530 series, which means it’s entirely made out of plastic, no longer gets RGB lighting or an RGB keyboard, dumps the Thunderbolt 3 port and there’s only a 57 Wh battery inside. Check out the specs sheet below.

The reinforced hinges, revamped cooling and the screen options carry over from the Y740 series though, thus the Legion Y540 improves on some important quirks of its predecessor. The devil is in the details though, so we’ll have to wait to get out hands on the final models in order to see how the RTX graphics and new cooling behave inside this newer model.

Nonetheless, I expect the Y540 to be a hit in the second part of the year, given its heritage and Lenovo’s aggressive pricing policies. It’s going to start at under $1000, but it’s months away from launch, so in the meantime, you will find better value in some of the other best-buy gaming laptops out there.