In this article, we’re discussing the laptops available in stores with mini LED displays.

There’s a good chance you’re already familiar with mini LED panels from televisions, where they’ve been available for several years. These mini LED displays are a more recent addition to the laptop space, though, initially available on the MacBook Pros and a few other premium Windows devices, but now available on a wider range of options, most of them full-size creator (mobile workstation) and gaming models.

Down below, I’m going to explain the particularities of the mini LED panel technology, with its strong suits and the potential quirks that you should be are of before buying a mini LED laptop.

And then I’ll provide a detailed list of notebooks with mini LED displays, as well as a Best of summarized section.

We’ll cover this in-depth in a dedicated article, but to put it briefly, mini LED panels are a more advanced kind of LCD LED panels, and completely different than OLED panels.

LED panels use light-emitting diodes to shine light through a substrate of RGB liquid crystals in order to create images. Regular LED panels are either edge-lit (which means the light shines off from the edges of the screen) or full-array lit (which means that the light sources are uniformly spread over the entire surface of the panel).

Mini LED panels are a special type of full-array lit panels, with an array of small LED sources spread over the screen. The area between four LEDs is called a zone. Images are created by applying various amounts of power (which generates various amounts of light) to each LED source, and the content is displayed accordingly in each zone.

For brighter content, the zones allow the light to shine through the crystal, and for darker content, the light is blocked (in order to display blacks, or as close to blacks as possible). These zones can be individually (locally) controlled, and this technology is called “local dimming”.

What sets mini LEDs apart from regular full-array lit IPS panels is the fact that mini LEDs are smaller in size, and thus manufacturers can create a denser array of zones. 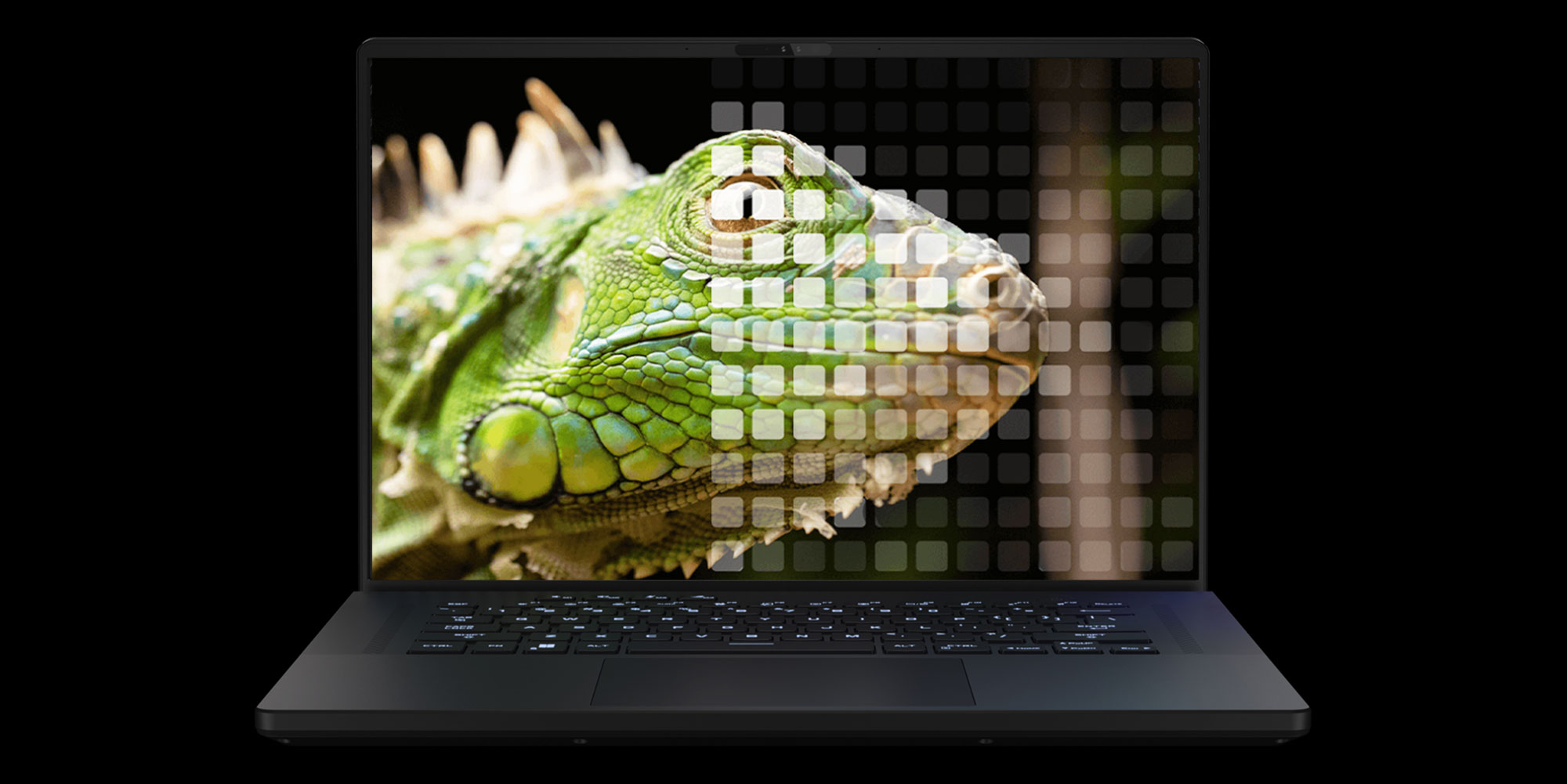 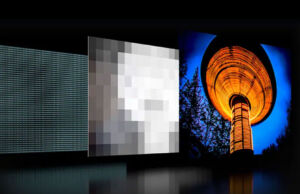 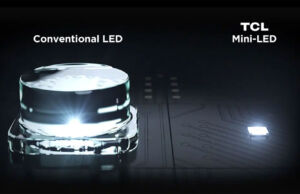 Most of the Windows laptops available as of early 2023 offer between 500 to 1000 dimming zones (with 2000 to 4000 mini LED light sources), while the panels on the Apple MacBook Pros are more advanced and offer up to 10000 mini LED light sources and 2500 dimming zones on the MacBook Pro 16-inch. At the same time, though, these denser mini LED panels on the Macs are slower, while the ones on the Windows laptops allow for faster refresh frequencies and response times, making them better suited for gaming.

OLED panels are completely different, as with this technology each pixel is controlled individually. Thus, OLEDs do not display zones, as each pixel is its own zone. Since each pixel can be shut off, OLEDs are able to display perfect-pitch blacks, but due to the organic nature of the OLED diodes, OLED panels cannot get nearly as bright as mini LED panels (around 600 nits HDR, vs 1000++ nits HDR for mini LED), and can also degrade over time and suffer from burn-in.

Down below I’ve included an image of a mini LED panel next to an OLED panel, both running an 8K HDR clip. The miniLED gets brighter, but also shows some blooming in certain conditions, while the details are a little more accurately represented on the OLED. We’ll have a more detailed comparison of mini LED and OLED panels on laptops in the near future.

So is it worth getting a mini LED panel on your laptop? Like with everything else in life, the answer is: it depends. Now that I’ve explained how the technology works, down below I’ll go over the important pros and cons that you need to understand when considering a mini LED laptop.

Pros and Cons – Why would you want a mini LED laptop?

As explained above, mini LED panels are highly versatile on laptops because:

Pros and Cons – The quirks of the mini LED technology

At the same time, there are also some particularities and quirks that you should be aware of when choosing a mini LED display on your laptop:

One final aspect that must be mentioned here regards performing any sort of color-accurate work such as professional photo/video editing on miniLED notebooks.

Due to how the technology works, local dimming can impact how an image is perceived and distort it from how it would look on regular displays without dimming. That means darker zones are perceived as darker with local dimming, and brighter areas are perceived as brighter, and for accuracy, a uniform backlighting source would be preferable. This is especially noticeable on the mini LED panels with 500 or fewer dimming zones available on some Windows laptops, and less so on the dense mini LEDs offered with the MacBooks.

To prevent this inconvenience, some manufacturers such as Asus allow switching between “single-zone” and “multi-zone ” backlighting in the settings. I’m not aware of this feature being offered by the other OEMs for now, but hopefully will be added by everyone.

Single-zone mode disables zone-dimming and applies an even backlighting across the entire panel. This allows for better fidelity when editing color-accurate content, while limiting the panel’s max brightness and contrast.

Multi-zone mode enables dimming and allows for higher peak brightness and better contrast, while somewhat sacrificing color/content fidelity due to the way the multiple zones are designed to light up differently based on the displayed content.

This section includes a selection of portable laptops with sub-14-inch displays, available with mini LED panels. There are only a handful of such options for the time being.

Keep in mind that these smaller mini LED screens are not as advanced as the options available on larger laptops (discussed further down), as they offer fewer dimming zones and are not as bright as the 16-18 inch variants.

When it comes to portable notebooks, there are very few available with miniLED panels.

The MacBook Pro 14 stands out as a versatile daily driver and creator laptop with its dense mini LED implementation (with 8000 LEDs and 2000 dimming zones), but the 120Hz refresh and slow response times (around 40 ms) translate in certain amounts of ghosting and motion trail noticeable with daily use, and especially with games.

The ROG Zephyrus G14, on the other hand, offers a faster panel, but with a looser array of mini LEDs (2000 LEDs, 500 dimming zones), and that can translate into some blooming and unevenness when used at lower brightness settings. Just like all the other Asus implementations, though, this does offer the single-zone backlighting mode, ideal for color-accurate work, and also covers a wider color gamut than the MacBook. 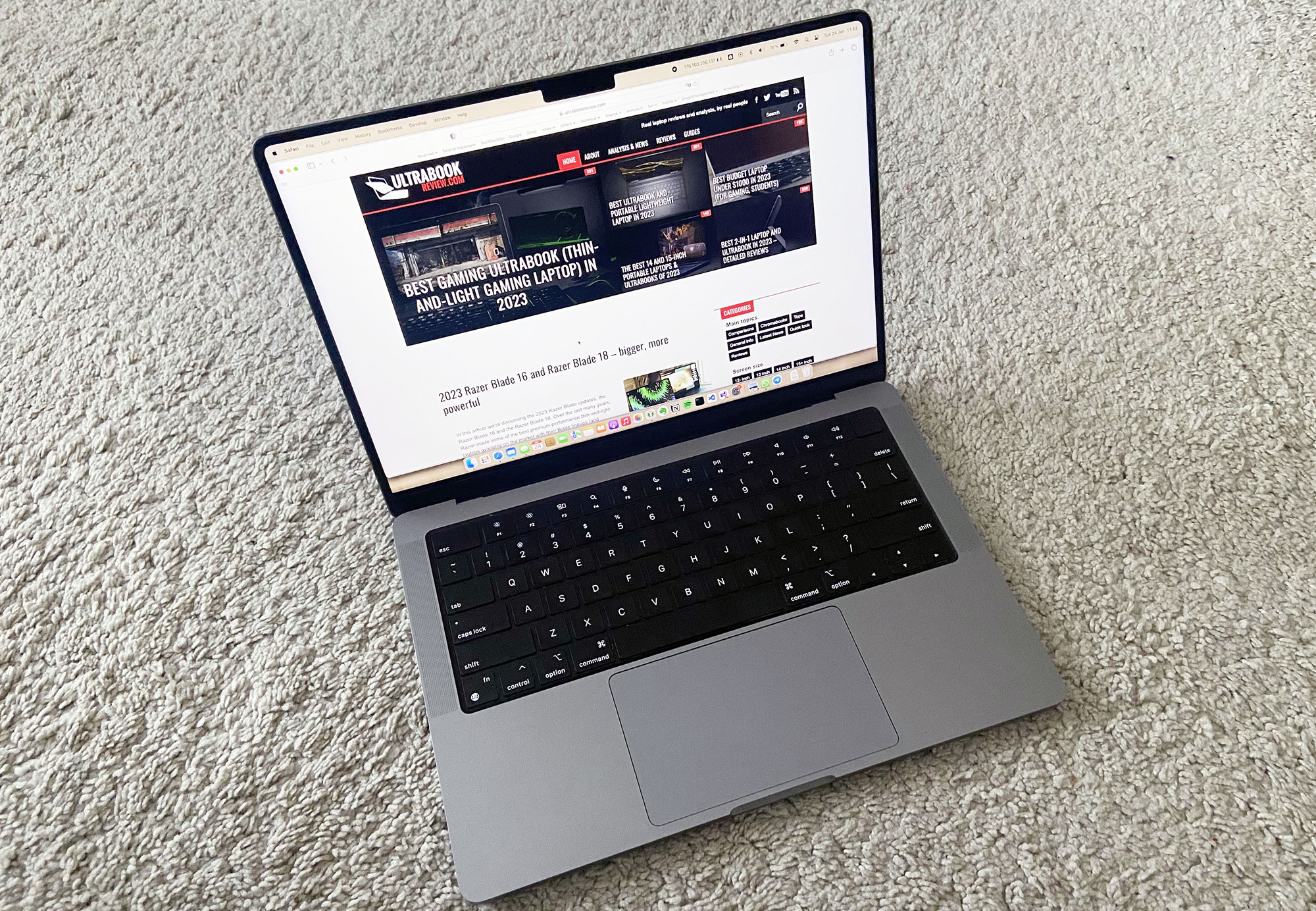 This section includes all the full-size notebooks available these days with mini LED panels, and I’ve split the options into two segments:

Most of these laptops use similar panels, but some options stand out, such as:

Furthermore, each manufacturer offers various software implementations and settings, but Asus’s approach is especially interesting due to the ability to switch between either single-zone or multi-zone backlighting, based on your need.

I’ll update this section as new technologies become available in this space.

In the meantime, here’s the complete list of mini LED creator and gaming laptops available in stores at the time of this article. I’m including the latest-generation models in here, with very few notable exceptions of past models that offered a unique feature/panel

For creative use, the MacBook Pro 16 stands out once again with its dense mini LED implementation that allows for higher peak brightness and better uniformity than the other options. This is not ideal for gaming, though, due to the 120 Hz refresh and slow response times.

The Asus laptops are notable jacks-of-all-trades, due to their single/multi zone dimming modes, allowing for local dimming when needed, but also for full-array even lighting for color-accurate work, something no other brand offers (at least for now).

As for gaming mini LED notebooks, there are a bunch of interesting options out there from Asus, Acer, MSI, or Razer. Most are 16:10 formats with QHD+ resolution, 1000 dimming zones, and 240Hz 3ms gaming specs.

However, the 4K mini LED panel on the MSI GT77 Titan is especially interesting as the only high-resolution 4K option with fast 144 Hz refresh and ~3ms response times (with Overdrive). The panel on the Blade 16 is interesting as well, allowing for dual-spec modes with either 4K 120Hz for daily use, or FHD 240Hz for fast gaming.

Expect to pay an arm and leg for those, though, as these are premium computers and the mini LED panels are only available on the top-specced configurations with the Core i9 processors and RTX 4080/4090 dGPUs, which go for 3.5 to 4K USD (and 5K EUR over here across the pond).

Anyway, that’s about it on this journey through mini LED laptops.

We’re constantly looking to update these lists and the information on our pages, but if you spot anything that should be mentioned in this post and is not, please let us know in the comments section down below. I’m also interested in your thoughts and feedback about these miniLED panels available on these modern notebooks, so get in touch.