In this article we’re discussing the updated 2023 model of the Asus ROG Zephyrus G14 GA402 series.

The G14 is the most hyped ROG laptop of the last few years, and is especially interesting for us here at Ultrabookreview.com due to its excellent balance of portability and performance.

For the 2023 model year, the Zephyrus G14 builds on the design lines and overall chassis of the 2022 Zephyrus G14 GA402 model, but gets updated internal specs that completely push its capabilities forward.

Unlike most of the other 2023 Zephyrus lineups, this laptop remains an AMD platform now built on the latest Ryzen 9 Zen4 and Ryzen 7 Zen3+ processors, but ditches the AMD GPUs for Nvidia’s latest RTX 4000 chips, with up to an RTX 4090 125W on the top-specced model, helped out by a vapor-chamber cooling module.

That’s impressive, and will allow the Zephyrus G14 to challenge the Razer Blade 14 series for the title of the most powerful 14-inch laptop. At the same time, the 2023 model will demand a significant price premium over the previous G14 generations, especially when specced up.

We’ll go through the notable novelties of the 2023 Zephyrus G14 series down below, comparing it to the previous generations (here are our reviews of the 2022 Zephyrus G14 and 2021 Zephyrus G14 models), and then we’ll follow up with our in-depth reviews once the series is available in stores, somewhere in the next few months.

On the outside, the 2023 Zephyrus G14 is pretty much identical in construction and ergonomics to the previous G14 model reviewed here. That means it’s still a mid-sized 14-inch chassis that weighs around 1.7 kilos, and it’s a sturdy and practical design.

From what I can tell, Asus are still offering this in either a darker-gray or a white variant, both with optional AnimeMatrix panels on the lid. I especially liked the white version, illustrated down below – that’s the 2022 model, but the 2023 update is just the same. 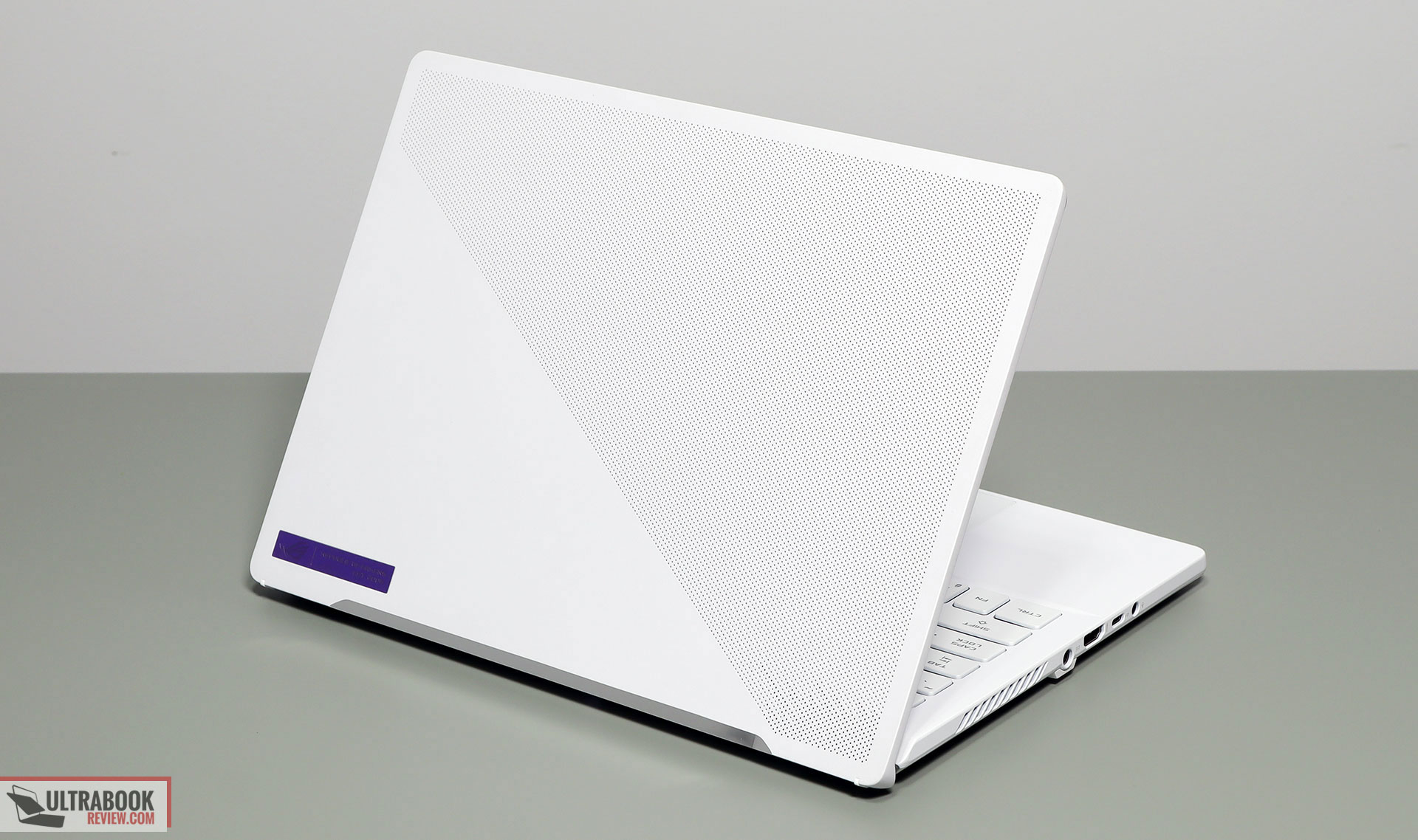 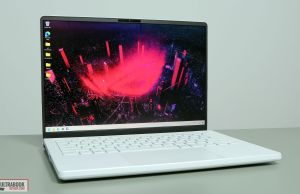 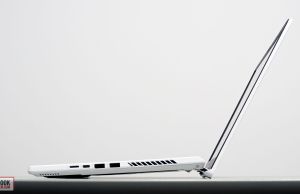 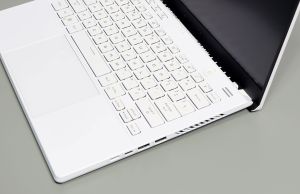 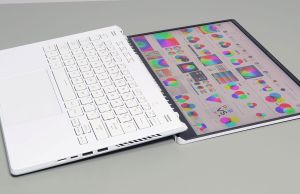 Asus are implementing a 16:10 display on this series, which shrinks the bezels and adds up a larger screen area that the past G14 models, something to keep in mind if you plan on upgrading from one of those initial G14 generations.

The panel choice has been slightly updated, though, with three available options for the 2023 G14:

The miniLED option is the novelty, brighter than the IPS option, perfect for content creation and gaming, and with the added contrast and perceived image quality in multimedia use allowed by the miniLED technology and the 512 dimming zones. You’ll find our thoughts on miniLED displays in this review of the ROG Flow X16, but it’s important to keep in mind that this 14-inch variant is not as bright as the 16-inch miniLED panels offered by Asus on their other ROG and Zephyrus models.

You should also expect the mini LED panel to demand a premium in price over the mid-tier QHD+ IPS, and only be available on the top-specced variants of the laptop. That’s why, for most models and for most potential buyers, that QHD+ IPS option is still going to be the sweet spot on this series.

A deeper look at mini LED technology and mini LED laptops is available over here.

There’s another silent update with the camera, as Asus have implemented a slightly improved 2MPx webcam at the top of the screen with the 2023 generation. This still supports IR.

And then there’s one other update that I know many will be interested in, and that’s the addition of a USB 4.0 port available out-of-the-box with this generation, which enables faster data transfers and should allow the usage of certain docks that were not compatible with the USB-C 3.2 ports of the previous G14 models. However, the USB4 functionality is something we’ll have to carefully look into in our review.

These aspects side, the 2023 Asus ROG Zephyrus G14 is the same chassis as before, with the same excellent inputs, the 180-degree Ergolift display, the punchy quad speakers, and the same IO layout around the left/right edges. 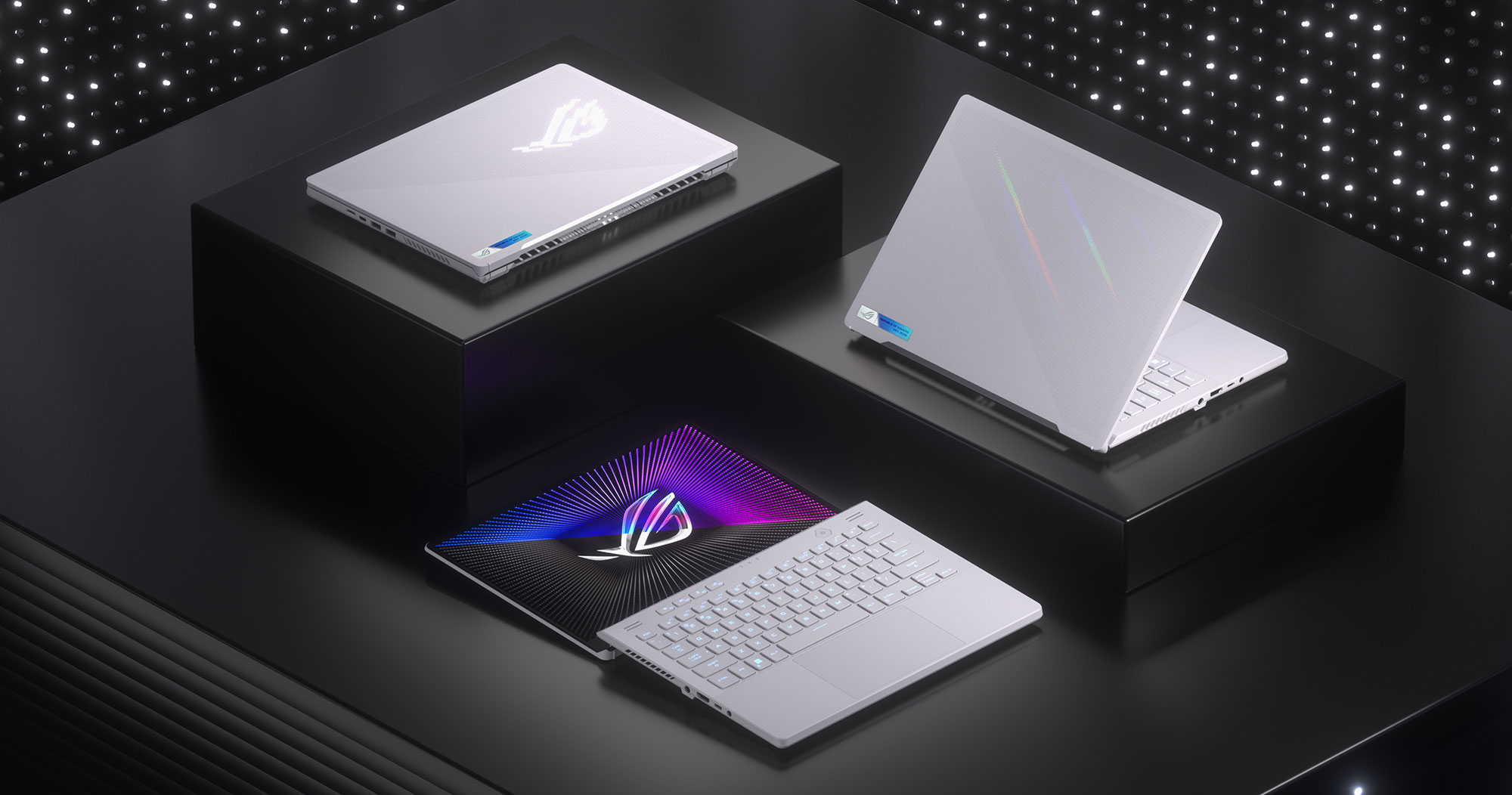 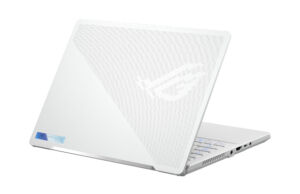 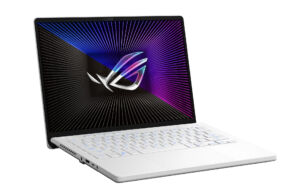 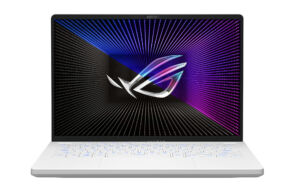 On the inside, though, the 2023 Asus ROG Zephyrus G14 returns to an AMD CPU + Nvidia GPU combo, after the AMD Advantage design of the previous year. There are multiple reasons why this is a welcomed change, and can be summarized in two main ideas: improved performance and wider availability.

As far as the other specs go, they haven’t changed, with still DDR5 memory (partially soldered and with one upgradeable DIMM), a single gen4 M.2 2280 storage slot, WiFiE connectivity, and a 76 Wh battery.

Here are the exact configurations available for the 2023 Zephyrus G14 lineup:

All these are based on the latest Phoenix AMD Ryzen 9 7940HS platform, with Zen4 Cores and Radeon 780M integrated graphics.

There are also a handful and G14 GA402N models built on the Rembrandt-R AMD Ryzen 7 7735HS processor, which gets Zen3+ Cores and a Radeon 680M iGPU.

There is one extra novelty for this generation, and that’s the implementation of a smart MUX switch with Advanced Optimus, which means GSync is supported on the main display now, and switching between the hybrid and dGPU modes happens seamlessly and no longer required a system restart, as with the past models. Hopefully, Asus are able to properly implement Advanced Optimus here and have trimmed out any potential bugs, as this feature is a selling point for all their 2023 ROG models. 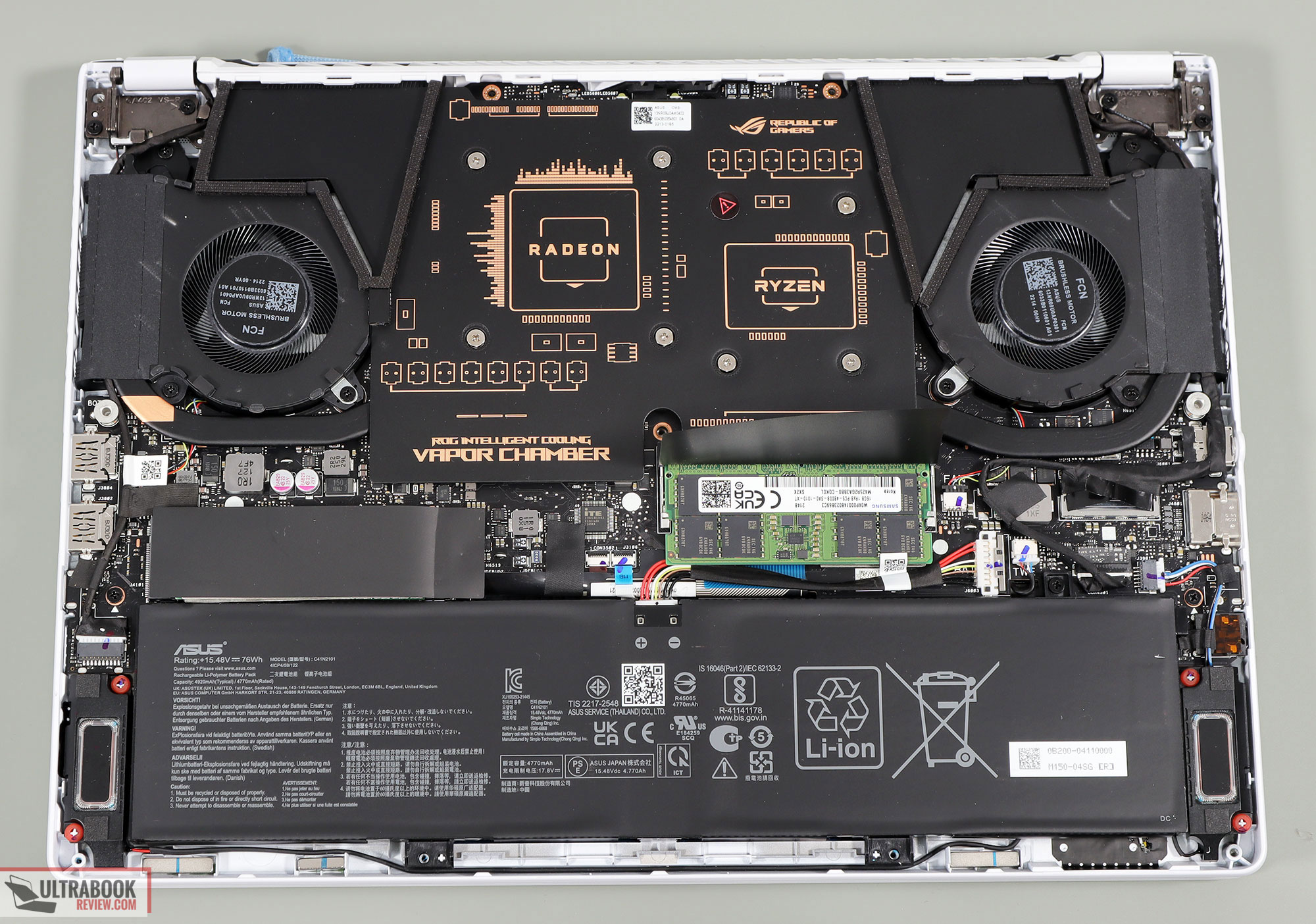 At the same time, Asus haven’t yet offered a lot of details on the total power settings possible with this generation, but they did indicate that the GPU can go up to an RTX 4090 125W with Dynamic Boost, and have also bumped the capacity of the charger to up to 280W on the top configurations, up from 240W on the previous model.

These suggest the 2023 update is going to run at higher crossload power than before, at least in the R9 + 4090 model.

For comparison, the Radeon 6800S in the 2022 G14 was a 105W design, but an apples-to-apples power comparison between all-AMD and AMD+Nvidia platforms doesn’t make that much sense, so we’ll have to wait for the review units before drawing any conclusions on the overall behavior of the 2023 specs.

I do expect a significant increase in GPU capabilities and gaming performance, as well as a snappier experience with daily use and multitasking provided by the Zen4 AMD platform, but can only hope that this 2023 model won’t run as hot in sustained demanding loads as the 2022 model did, despite the increase in power. Fingers crossed, but this is a crucial aspect that you should definitely look into when researching a potential purchase of this notebook.

Of course, Asus will offer a multitude of configurations for the 2023 Zephyrus G14, with the mid-tier specs most likely delivering a better balance of capabilities, thermals, and pricing. I especially look forward to the mid-tier Ryzen 9 + RTX 4060 model.

All in all, while this generation of the Zephyrus G14 is not a chassis refresh, it’s definitely exciting thanks to the changes that are happening underneath the hood.

If done right, this has the potential of becoming the fastest multi-purpose/gaming ultrabook in the mid-size segment, where it competes against the likes of the Acer Predator Triton 300, the Alienware X14, or the Razer Blade 14, and where it didn’t stand a chance against the Blade in the past.

I do look forward to testing this and sharing my findings and impressions with you, somewhere in the near future.

From what I know so far, the 2023 G14 should be available in stores around February-March this year, so stay close for our reviews. I don’t know much about pricing yet, but hopefully, the mid-specced models remain competitive at under $2000 USD/EUR, while the top-specced R9 + RTX 4090 configuration will sell for 3K++ .

I’ll update the article as I find out more and once I get the review units. In the meantime, I’d love to hear your thoughts on this updated series and the decisions that Asus took between the 2022 and 2023 ROG Zephyrus G14 models. Get in touch below, in the comments section.