The complete list of Skylake portable laptops and ultrabooks 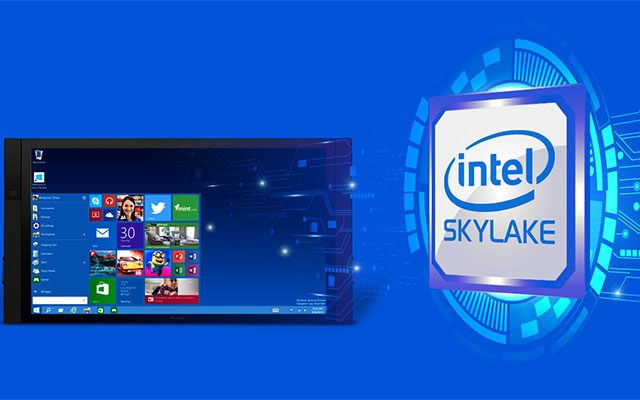 There’s a new Intel hardware platform in preparation for the end of 2015 and most of 2016, called Skylake.

In the past, I’ve provided you with comprehensive lists of all the ultraportable laptops built on the Intel Haswell and later the Broadwell platforms, and since those posts were highly appreciated, this article does pretty much the same thing for this latest Intel hardware series.

“Ultraportable” is of course a highly subjective term, but I do have a few criteria in mind when compiling this list, with the most important ones being the overall weight and the type of hardware inside each device. And that’s because for me, a laptop can only be called “portable” these days if it’s easy-enough to carry around and if it can run for an absolute minimum of 5 hours on a charge, while performing everyday activities.

We’re not going to focus on the particularities of Skylake here or how it compares to its predecessors, we have other posts on these topics. We’ll just create a complete list of all the Skylake-built ultraportables, ranging from the smallest form factors and up to full-size everyday computers; a list that will help you narrow down your options to something that’s going to best suit your needs and budget.

The selection is curated based on screen-size and contains details on the hardware, the form factor, battery-size and the weight, but also links to our reviews (the links on each unit’s name) and webstores were you can find these machines discounted (the links on the prices). The list is also a continuous work in progress, as I update it several times a week with the latest launches. Even so, there might be some devices missing, so if you notice anything that should be in here and it isn’t, please get in touch in the comments section.

Anyway, here are the Skylake portable laptops that are available right now (or will be launched in the near future).

This section contains all the devices built on Intel’s Skylake-U hardware, with 15W processors like the Core i3-6100U, Core i5 – 6200U/6300U , Core i7-6500U/6600U and all the other further launched iterations. Some Skylake Core M devices are also included.

We’ll start with the most portable options, with screens smaller than 13-inches in diagonal.

We’ll continue with the popular 13-inchers, the devices that strike the better tradeof between performance, size, weight and battery life, but are not going to be cheap.

For slightly beefier specs in what would still be a fairly compact body, you’ll have to look at some of the available 14-inchers.

And if you’re willing to sacrifice the size and weight (to some extent) for performance and a larger screen, the 15 and 17-inchers in this category are the ones for you.

Here’s a short glossary of the terms mentioned above:

Anyway, that’s about it for now. If you’re interested in portable laptops though, you should also check out some of the other articles on the site, I’m sure you’ll find them useful in your search:

And like I said in the beginning, don’t forget I’m continuously updating this list, so if you’re in the market for a Skylake laptop, you should bookmark the post and return from time to time for the latest updates.

You can also get in touch in the comments section if you have anything to add or any questions about these computers or Skylake in general, as I’m around and will help out if I can.

Disclaimer: Our content is reader-supported. If you buy through some of the links on our site, we may earn a commission. Learn more.
Andrei Girbea, Editor-in-Chief of Ultrabookreview.com. I've been covering mobile computers since the 2000s and you'll mostly find reviews and thorough guides written by me here on the site.
← Previous Story Portable Gaming laptops with Nvidia GTX 970M and 980M graphics
Next Story → The complete list of laptops with Nvidia GTX 1070 and GTX 1080 graphics