Best Value/Budget SSD for your laptop in 2021 – complete guide 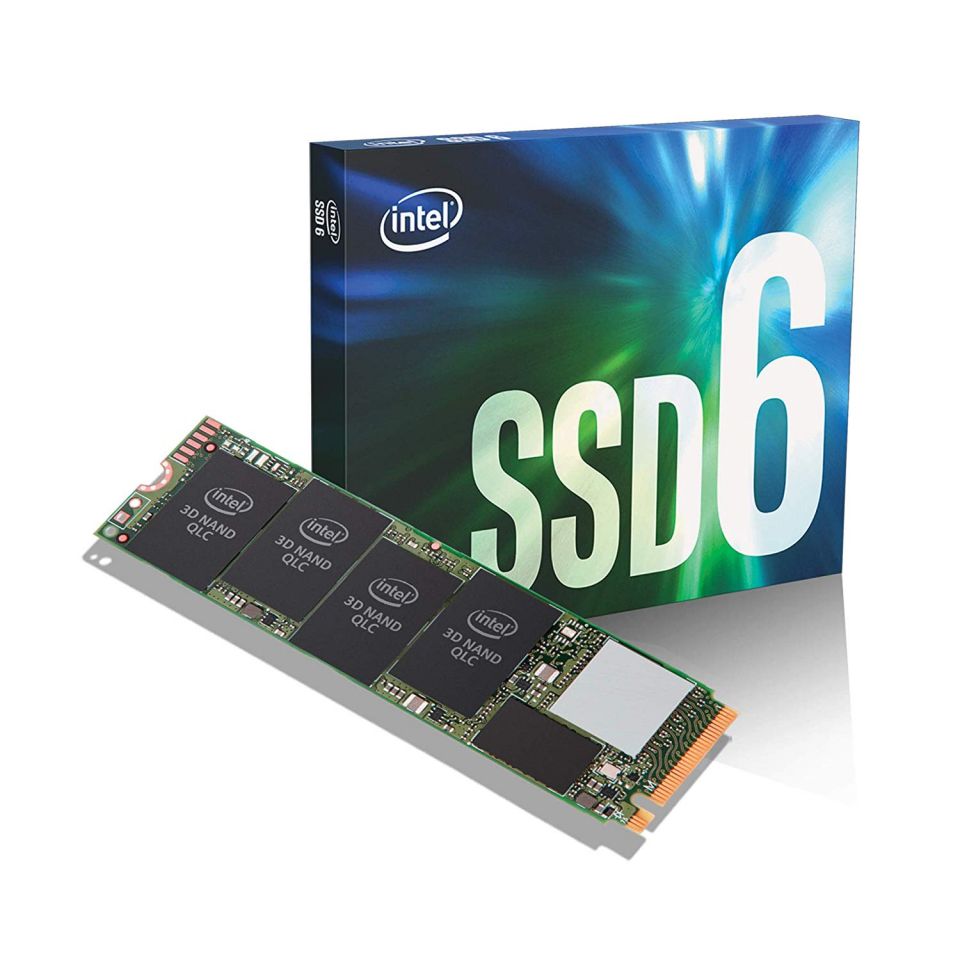 Along with batteries, SSDs are one of the user-replaceable components of a laptop that you will most likely need to replace during the laptop’s lifespan. While SSDs do technically have a limited read/write lifespan per each cell, the real reason to buy one is probably either for significantly more storage, faster write speeds, or to have an external SSD for disk-imaging or back-up purposes.

The year 2016 ushered in the infamous NAND supply crunch due to a widespread adoption of the technology in laptops by both manufacturers and consumers as well as smartphone manufacturers, and the high prices continued into H1 2018 as predicated. As they say, though, “it’s 2020!”, and luckily for consumers, that means SSD prices have become downright affordable — not just for 2.5-inch SATA III and m.2 SATA drives, but for the faster m.2 NVMe PCIe SSDs as well.

As a DJ, my ever-growing music collection consists of thousands of 320Kbps MP3s and uncompressed .aiff and .wav files, so storage space is always a consideration. The rapidly shrinking free space on my 1TB WD Blue signaled that it was probably past time for me to do a bit of research and pick up some new drives for my home and work laptops, as well as an external backup drive.

This article thus serves to share my picks for some of the best SSDs as of 2021. I will let you know which ones I finally purchased after doing my research and why, but of course, keep in mind that these are just my own preferences based on my needs.

As usual, the links will be affiliate ones from Amazon to help support the site, but please don’t feel compelled to buy from Amazon if you would prefer to get the SSD from a more ethical company :).

WD Blue is a fairly good supplier for reliable, cheap m.2 SSDs. They tend to be SATA rather than NVMe, meaning you’re going to be seeing read/write of 4-500 MB/s and 50 MB/s random 4k speeds, but I think this is perfect for older laptops or external storage.

Why? Older laptops often don’t even have m.2 slots, let alone NVMe ones, but that extra speed of an NVMe PCIe connection is usually going to be bottlenecked by the other components or by the tasks you’ll be doing themselves if you’re using an older laptop. NVMe drives might advertise 2-3000 MB/s read-write speeds, but the fact is that the 4-500 MB/s you’ll be getting with a SATA drive will be essentially indistinguishable in terms of speed for almost everything you’ll be doing for work.

Coming in sizes from 250GB up to 4TB, the 2.5-inch WD Blue 3D NAND SSD seemed like a great bargain for me at just over $100 for 1TB (as of July 2019) to use for external storage and as a good internal drive for my ThinkPad X330 (that’s a story for later!). I ended up getting a 1TB drive to use to make backup disk-images of my main drive, and a super inexpensive 500GB one to add a bit of extra space to my ThinkPad X330, which I use for work. I also considered the renowned Samsung EVO series, but given the likely equal reliability and performance between the two, I went with the WD Blue just for the lower price. 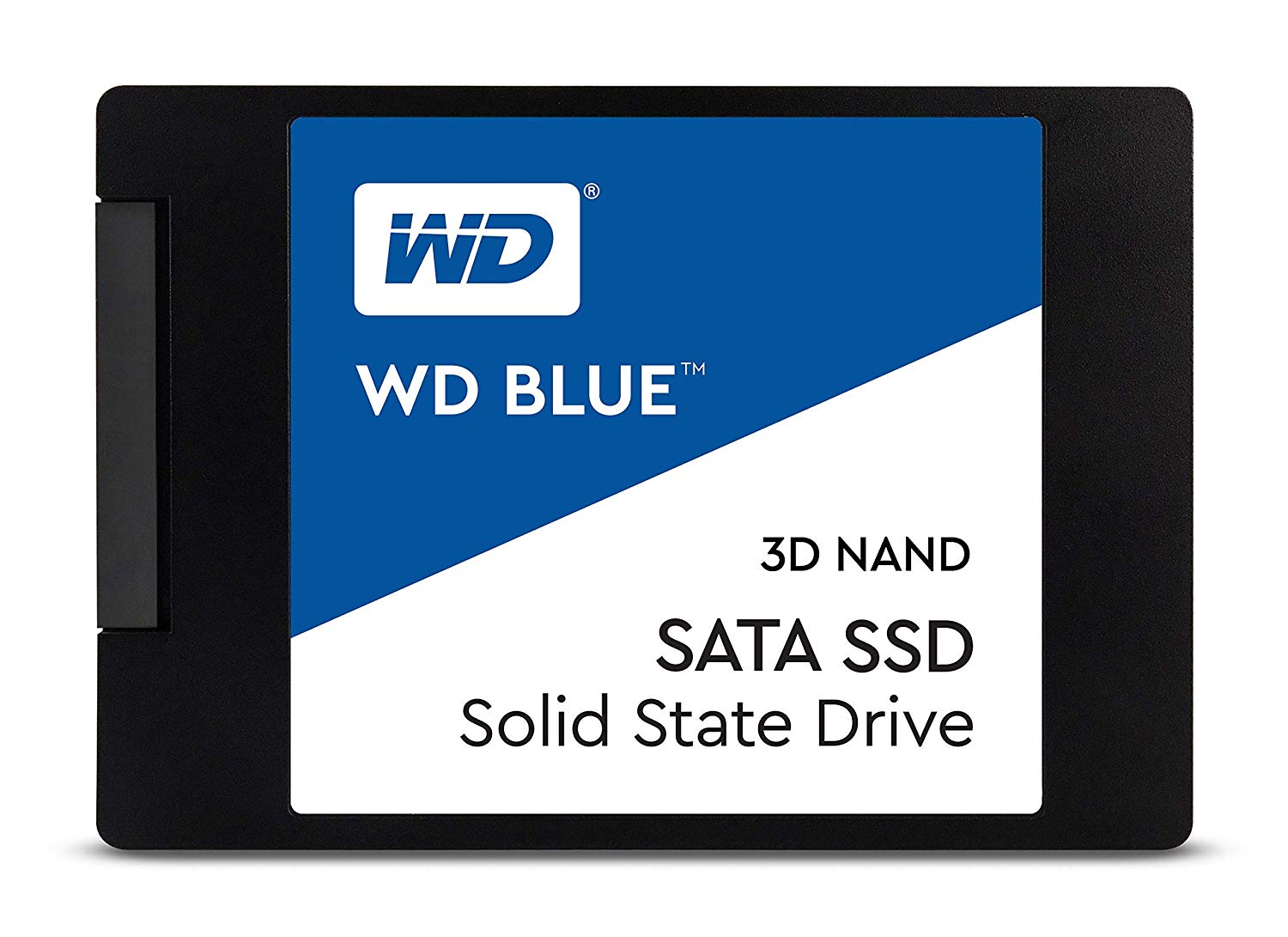 I liked the WD Blue series for their budget prices, high capacity, and good reputation for reliability online. Plus, if worst comes to worst, it has a 5-year limited warranty.

The other reason to go with a regular SATA III drive for external usages is that you’ll be connecting it to the laptop or desktop using a USB 3/3.1 connection, either one of which is slower than the theoretical maximum speeds of a SATA III drive by quite some margin. If you do use a Thunderbolt 3 (TB3) connection for transferring, you still aren’t going to get much real-world performance increase with an NVMe drive over m.2 SATA.

There are small m.2 PCIe enclosures advertised to work with faster m.2 NVMe drives, but I don’t recommend them for external storage purposes for a couple of reasons: Firstly, the speed difference of PCIe vs SATA is not going to be noticeable for most uses considering the extra cost, but the major annoyance is that such enclosures tend to have an obscure requirement (many do not clearly list it) of formatting whatever SSD you put inside them to a larger 4k block size. This matters when you want to use the external PCIe enclosure to clone an internal drive then swap the drive from the enclosure into another machine or vice versa — the enclosure won’t recognize the PCIe drive without reformatting it into 4k blocks first, but from what I could tell, you can’t clone one drive to another with different block sizes anyway.

I have heard there are external enclosures that do not require formatting the drive into 4k blocks, but I have not personally tried them myself. Those enclosures are the QNINE NVMe PCIe M.2 SSD and Shinestar NVME Enclosure if you really want to use an m.2/PCIe drive externally just out of the smaller dimensions.

The WD Blue 3D NAND above is also available in the smaller m.2 2280 format (not PCIe, if you have a laptop with an m.2 bay which supports SATA but not NVMe) for the same inexpensive price tag as the 2.5-inch variant. You may want to pick one of these up over the 2.5-inch drive if you happen to have a cheaper ultraportable laptop that doesn’t have a 2.5-inch bay at all but also won’t support NVMe PCIe (many budget laptops, particularly from Chinese whitebox OEMs, have this limitation). Of course, you can also use a regular m.2 2280 SSD in an m.2 PCIe slot, and that is how I use this drive in my ThinkPad P1, which has two m.2 PCIe drive bays. 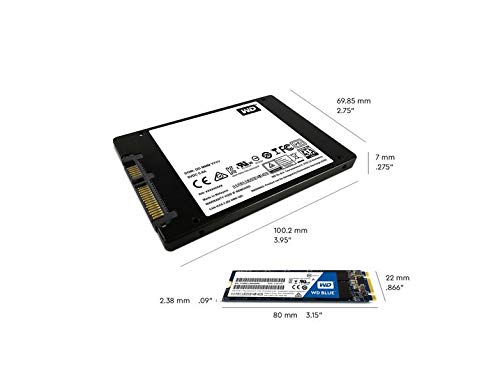 If your laptop only has an m.2 bay but doesn’t support PCIe, consider the m.2 2280 variant of the WD Blue.

The other drive I ended up buying for my music collection was the Intel 660p M.2 2280 2TB. At under $200 (as of this June) for 2TB, I figured this Intel drive was a good balance of high-capacity, good speeds, and low price. At 1400 MB/s read/write and 88 MB/s random 4k, it isn’t the fastest PCIe SSD around, but it’s still more than 3x faster than most m.2 SATA drives, and that is plenty fast for my purposes. If you are looking for an all-purpose PCIe SSD that won’t break the bank, the Intel 660P should treat you well. 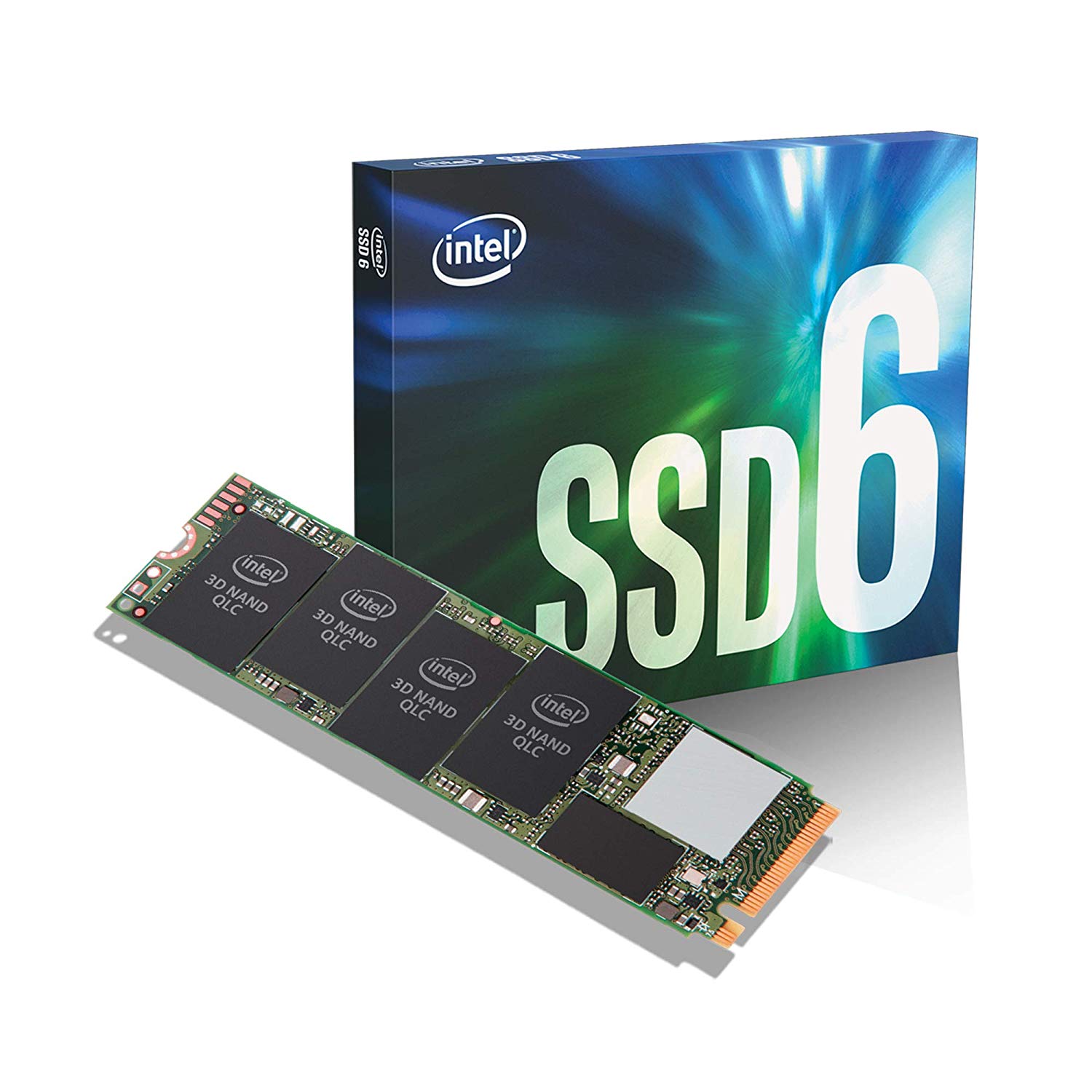 With PCIe speeds for the price of an m.2 SATA drive and capacities up to 2TB, the Intel 660p is currently a solid choice.

If disk speed is everything to your workflow, however, you may consider a few more high-performance options (with naturally higher price tags, of course): The Samsung 970 EVO Plus offers nearly twice the performance (3500/2500 MB/s read/write) of the Intel 660p, but at also twice the price. The 970 Pro is an even bit faster still, but the price difference is significant for not much of an increase in performance. If you’re looking for performance and reliability over all else, though, the 970 Pro or EVO will not let you down.

There are other SSD/NAND suppliers worth looking into if for whatever reason you don’t want to go with WD, Intel, or Samsung. Crucial and Adata are just a couple of manufacturers who make solid budget SSD offerings, but I’m sure that more and more viable competitors will show up in this sector as the manufacturing process advances. Do you own additional research based on price, reliability, warranty, and specifications to best suit your use-cases before making a significant purchase on a component you plan to use for a few years!

Disclaimer: Our content is reader-supported. If you buy through some of the links on our site, we may earn a commission. Learn more.
Douglas Black is a Technical Writer, Analyst, Teacher, and DJ currently based in North Carolina.
← Previous Story Nvidia GTX 1650 and 1660 Ti laptops – what to expect (the complete list)
Next Story → So I’ve decided to switch to Linux: Day 5 — The Cracks Appear