In this article, we’re discussing the updates in the Alienware X series of premium performance laptops, the compact Alienware x14 R2 update, and the new Alienware x16 R1 16-inch model.

The Alienware x16, on the other hand, is an odd addition to the Alienware X lineup, slotting in between the X15 and the X17 available in the past. It’s a premium thin design, but is not compact or lightweight by any means compared to something like a ROG Zephyrus M16. In fact, it offers the same features and specs as the full-size Alienware m16 chassis, but with a different thermal module.

That means the Alienware x16 can be specced up to an Intel Core i9 HK processor and an RTX 4090 175W dGPU. I just hope it’s not going to run scorching hot.

Down below we’ll go over the important features of these two Alienware 2023 models, and then we’ll hopefully follow up with our detailed reviews sometime throughout the year.

Here’s the complete specs sheet of the 2023 Dell Alienware x14 and x16 models. We’re still filling up the blanks on certain aspects, so stay tuned for updates

The Alienware x14 is the world’s thinnest gaming laptop according to Dell, but that didn’t make it a successful product by any means.

In fact, it’s a rather bizarre design with a pretty large footprint and heavier than competitors such as the Asus ROG Zephyrus G14 or the Razer Blade 14, while at the same time not as powerful or as well-balanced in terms of noise/heat output.

The 2023 R2 update of the x14 doesn’t address the design quirks of this series, as it is built on the same chassis with the same motherboard layout and cooling module. It does get two notable updates, though: 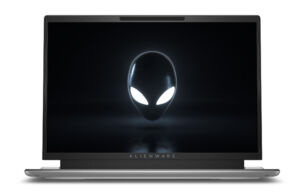 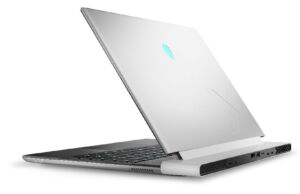 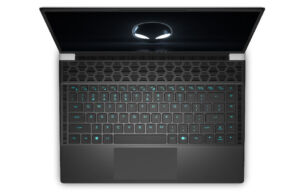 Dell didn’t offer many details on the availability and pricing for this series, but expect it in stores around Q1 of this year, with prices starting at $1799 for the entry-level specs (i5-13240H, RTX 3050 50W, FHD+ display). That’s not cheap, and overall I doubt the Alienware x4 R2 will be more successful than the previous generation, especially considering the competition in the 14-inch space of performance laptops hasn’t been resting on their laurels either.

It’s a weird design, though.

Sure, as far as the looks and construction quality go, there’s little to fault with the Alienware X series, with the black and white theme called Lunar Silver Legend 3.0 for this generation and the fully metallic chassis made out of aluminum and magnesium alloys. I for one like the exterior looks of this series, but I’m not entirely sold on the interior, with the down-shifted keyboard and the small clickpad.

In fact, the X16, much like the m16 as well, is mostly an ergonomically skewed laptop. It’s a thin premium design, but also has a large footprint and is heavy for a thin 16-inch laptop, at 2.7+ kilos.

And despite these, it feels a little cramped with daily use, with the narrow arm-rest and the small clickpad, as a result of the fact that a significant part of the chassis is reserved for the thermal module, with air-intake grills at the top of the keyboard, and air exhausts that occupy some of the back edge and the entire left and right sides. 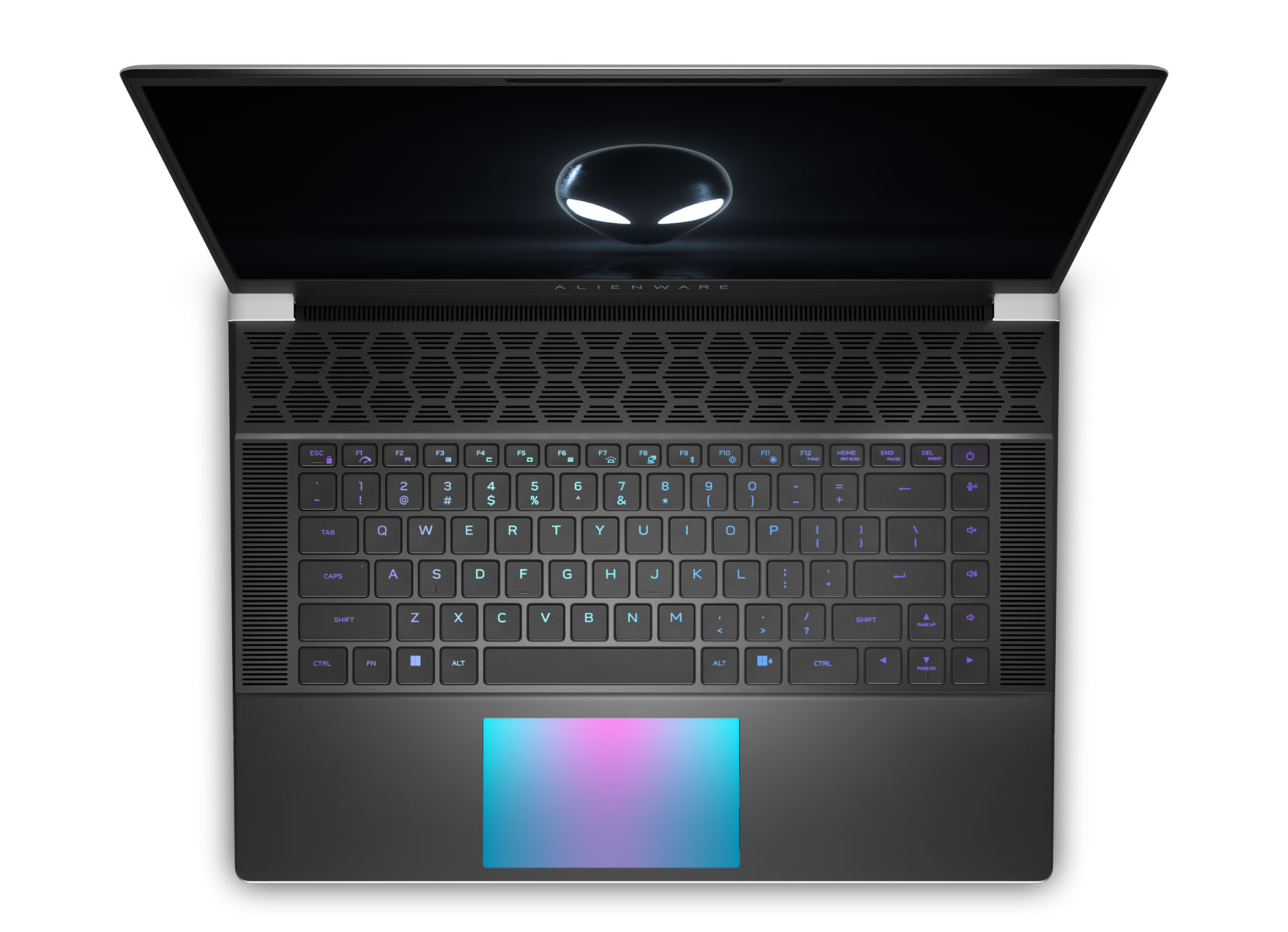 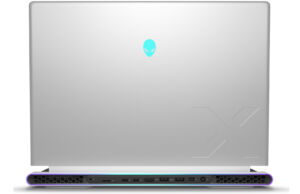 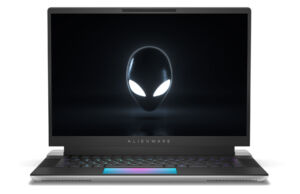 As a further consequence of this design, the ports are all placed on the rear edge of this laptop, behind the display, which helps keep the sides clutter-free, but also makes these ports rather inaccessible. At least there are most of the needed ports back there, with the exception of a Lock and a full-size card reader.

As far as the inputs go, this Alienware x16 implements the same keyboard that’s offered with the full-size Alienware m16, with a centered minimalistic layout and CherryMX low-profile mechanical switches. It also implements an RGB touchpad, as well as an Alien-head RGB logo on the lid, and an RGB ring light bar around the back edge of the chassis.

Unlike on the m16, though, Dell were able to implement a set of 6x speakers on this series, with some of them firing through the grills that are flanking the keyboard, and some through the bottom.

As far as the display options go, this Alienware x16 series is available with a choice of mid-level QHD and FHD 16:10 panels, but not with any of the brighter IPS models or the punchy miniLED panels with zone-lighting offered by most other premium 16-inch laptops these days. That’s going to be hard to accept on the “world’s most premium gaming laptop“…

The x16 will try to compensate for this with the choice of available specs and a beefy thermal module.

I’m looking forward to reviewing this series and finding out how it can handle those 175W GPUs in this sort of thin chassis. I would expect it to run quite noisy and hot, based on what we know from the previous x15 and x17 models from 2022. Dell implements a vapor-chamber cooling module on the 4080/4090 configurations, and a regular array of heatpipes on the 4050 to 4070 specs that run at 140W TGP. All variants include the Element 31 thermal interface material on both the CPU and the GPU.

At the same time, Dell haven’t provided a picture of the internal cooling module and I’m not sure whether this is a quad-fan design or not, but I’d reckon it is, just like the 2023 Alienware m16 and the previous-gen Alienware X15. Update: The X16 is indeed a quad-fan quad-radiator design.

All in all, I’m having a hard time understanding this Alienware X16 series. It tries to hit a sweet spot of extreme performance in a 16-inch chassis. But is not as compact or as light as other options, on one side, and on the other, we’ll have to see where it stands in terms of performance, heat, and noise levels in comparison to the many of the thicker full-size designs out there, available from most other brands.

This wraps it up for now, but I’m interested in your thoughts on these two 2023 Alienware X notebooks, so get in touch in the comments section below.