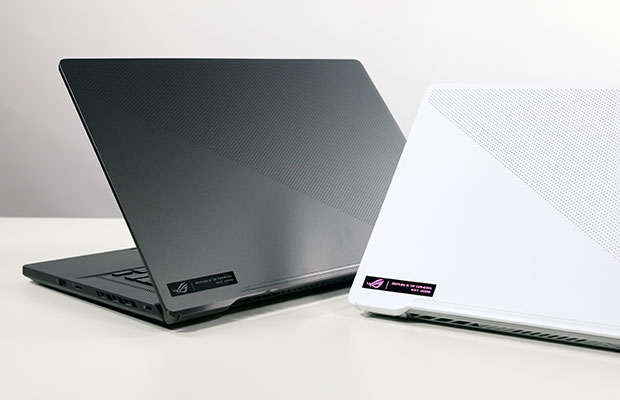 Following the overwhelming success of the Zephyrus G14 last year, Asus are updating the full-size 15-inch 2021 Zephyrus G15 on the same design and construction lines.

That means the updated 2021 Zephyrus G15 now gets a magnesium-alloy exterior with improved IO, updated inputs, updated screen options, and the latest hardware specs paired with a revamped thermal module and internal redesign.

Previously, the 2020 Zephyrus G15 struggled to match the G14 in performance, as it was based on an older product design, and that’s entirely changing this year. It still caught a lot of interest, though, as one of the very few AMD-based 15-inch ultraportables and its competitive pricing in most markets.

As far as I can tell right now, the 2021 G15 has an edge over the smaller G14 model this time around, with higher-tier displays and graphics options, and improved inputs and IO, among others, and that’s because the 2021 G14 is mostly a hardware bump to Ryzen 5000 + RTX 3000 of the previous iteration, with potentially upgraded screens, but otherwise similar to the 2020 variant.

Update: There’s also a newer Zephryus G14 available in the meantime, the 2022 G14 GA402 update, as well as updated Zephyrus G15 and M16 lineups with the latest Intel/AMD hardware and faster graphics, with a MUX.

Asus chose to quietly announce these laptops and didn’t give us a lot of info, so bare with us as we’re filling up the blanks in this preview article. I did get to spend a few hours with both the 14 and 15-inch Zephyrus G 2021 models, enough to make a first idea on what to expect in terms of feel, design, and features, as well as take a couple of good pictures of the two side by side. We’re not talking performance in any way in this article, that’s coming in the future reviews, once we get our hands on the finalized products.

Here’s a quick specs sheet of the two, and we’ll further touch on some of the important aspects down below.

The images in this article should speak clearly of how similar the two models are now in design.

Both are built from the same kind of materials, get the same boxy construction, and are available in two colors, a silver version with a silver keyboard and white lid, and a darker version with a black keyboard and dark-gray lid. Both look nice, but since I truly resent silver keyboards with white backlighting for their limited contrast, I prefer the darker colors. For illustration, I’ve picked the dark G15 and the white G14.

Asus put the optional Anime Matrix display on the lid on the G14, but not on the G15, as well as added a reflective prismatic nanofilm layer under the array of dots on both, which shines in different colors based on the angle you’re looking at it. You’ll need to watch some videos to better understand what this means, but it’s similar to the prismatic-dots effect on the 2020 Zephyrus M. 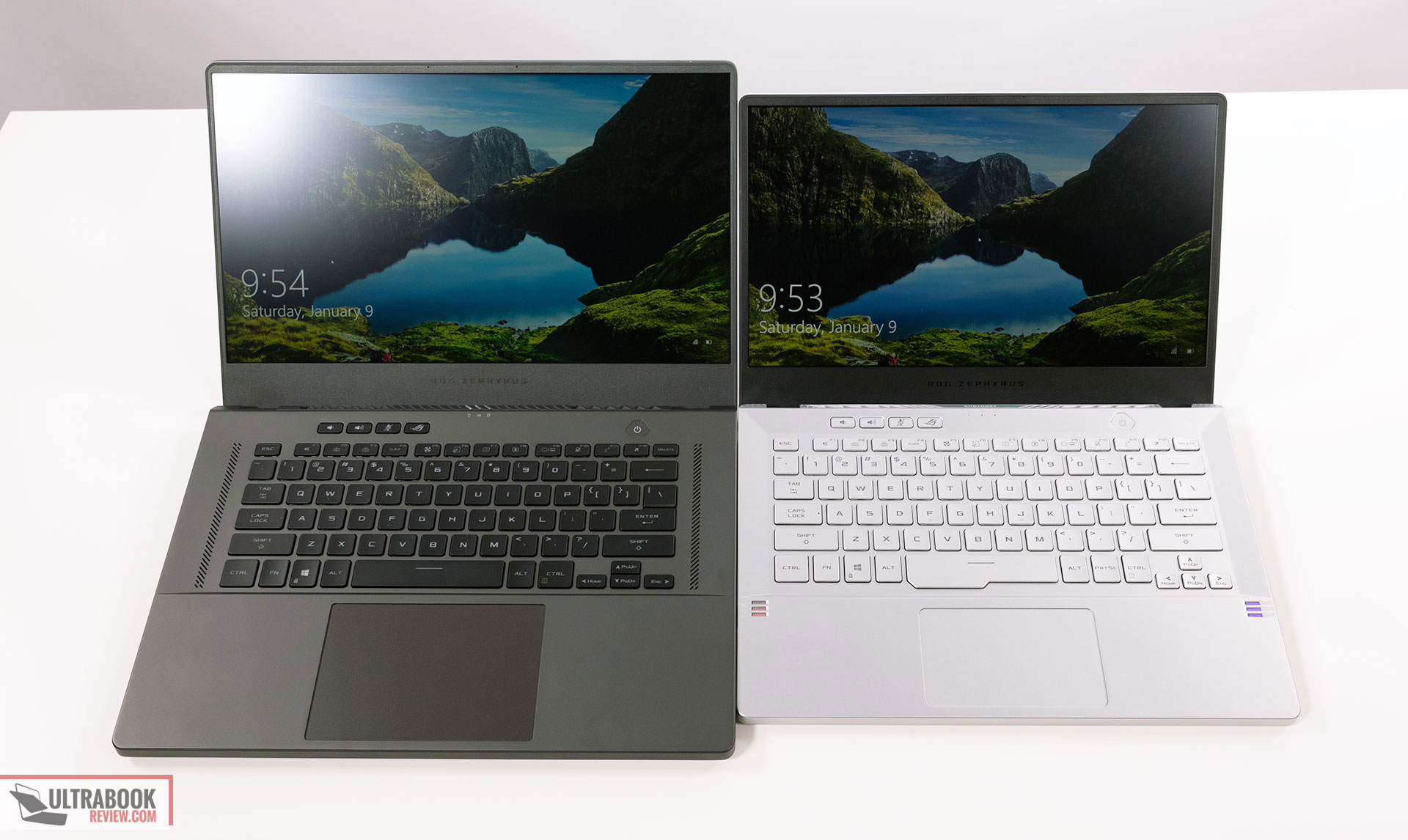 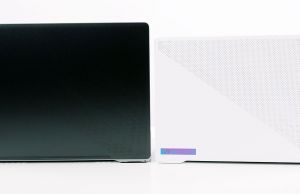 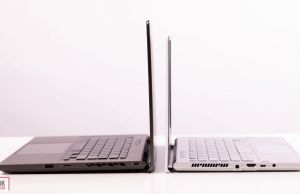 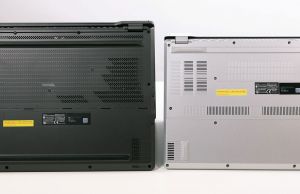 That aside, both laptops utilize a form of Ergolift, with the main chassis lifting up on rubber feet at the bottom of the screen, in order to improve the airflow underneath the laptop. Both models draw fresh air from the bottom, with unobstructed intakes over the fans, and blow it out through channeled vents under the screens and on the sides. I’d also expect fairly similar thermal modules, with two fans, 4 radiators, and a complex array of heatpipes. I haven’t got to open them up for a more in-depth look, but there should be some advantages for the larger 15-inch model, given the extra space inside.

Both laptops are about 20 mm thick, but the G15 is slightly larger, as it has to accommodate a 15.6-inch display. Still no webcam on any of these or IR, but both get finger-sensors in the power buttons. The larger format of the G15 also creates space inside for a more spacious clickpad and speakers flanking the keyboard, with now a six-speaker system in the G15, compared to the quad system in the G14. The keyboards are, however, identical on the two, and that’s good news, as the 2020 G14 is one of my favorite typers to date.

Asus also squeezed a couple of extra ports on the Zephyrus G15, which includes a LAN connector and microSD card-reader as extras. Most of the IO is placed on the left side of the G15, and that could lead to some cluttering. The two laptops ship with dedicated barrel-plug chargers, but both support USB-C charging up to 100W. 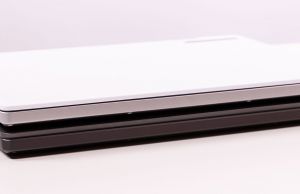 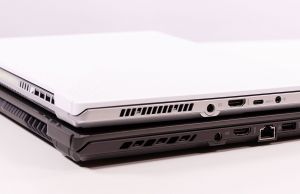 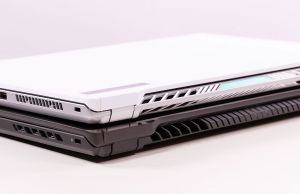 As for those screens, the Zephyrus G15 now tops at the impressive QHD panel with 165 Hz refresh, 3 ms response, and 100% DCI-P3 colors. This is most likely reserved for the higher-tier configurations, while mid and lower-tier models will ship with FHD panels of various assortments. I’d be careful of the 144 Hz panel, which could be the more washed-out version previously offered with the 2020 Zephyrus G15.

As for the G14, this also ships with either QHD or FHD panels, and I’m expecting some improved panels over the 2020 models, such as a 144 Hz FHD with faster response times. This needs to be confirmed, so take it with a lump of salt for now. 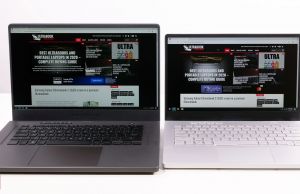 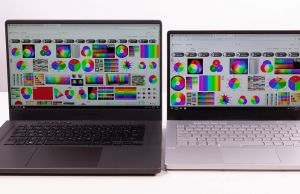 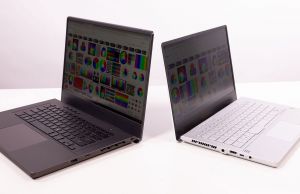 Both 2021 ROG Zephyrus G models are built on AMD Cezanne Ryzen 5000 processors and mid-tier Nvidia RTX 3000 graphics. These two preview models both top at the Ryzen 9 5900HS, and I’m not sure whether the exclusive Ryzen 9 5980HS bin will also make it into these products, or remains reserved for the ROG Flow X13 Supernova edition. Update: it’s only available on the Flow X13, for now

The CPU and GPU are paired with SSD storage, and I’m expecting 2x slots on the G15, as well as DDR4 3200 MHz memory, with most likely 16 GB soldered and one expandable DIMM on both, as well as 76 Wh batteries. Again, these specs aren’t entirely confirmed.

Much like the other 2021 ROG laptops, Asus applied liquid metal on the AMD CPUs on these Zephyrus models, which should help with thermals. The official literature also mentions the updated Arc Flow fans on the G15, with improved airflow, as well as updated Performance/Noise settings in Armoury Crate, including the 0db Technology meant to completely shut off both fans with casual use on the Silent profile.

At this point, I can’t tell whether the Arc Flow fans have also been implemented in the G14, but they probably have not. 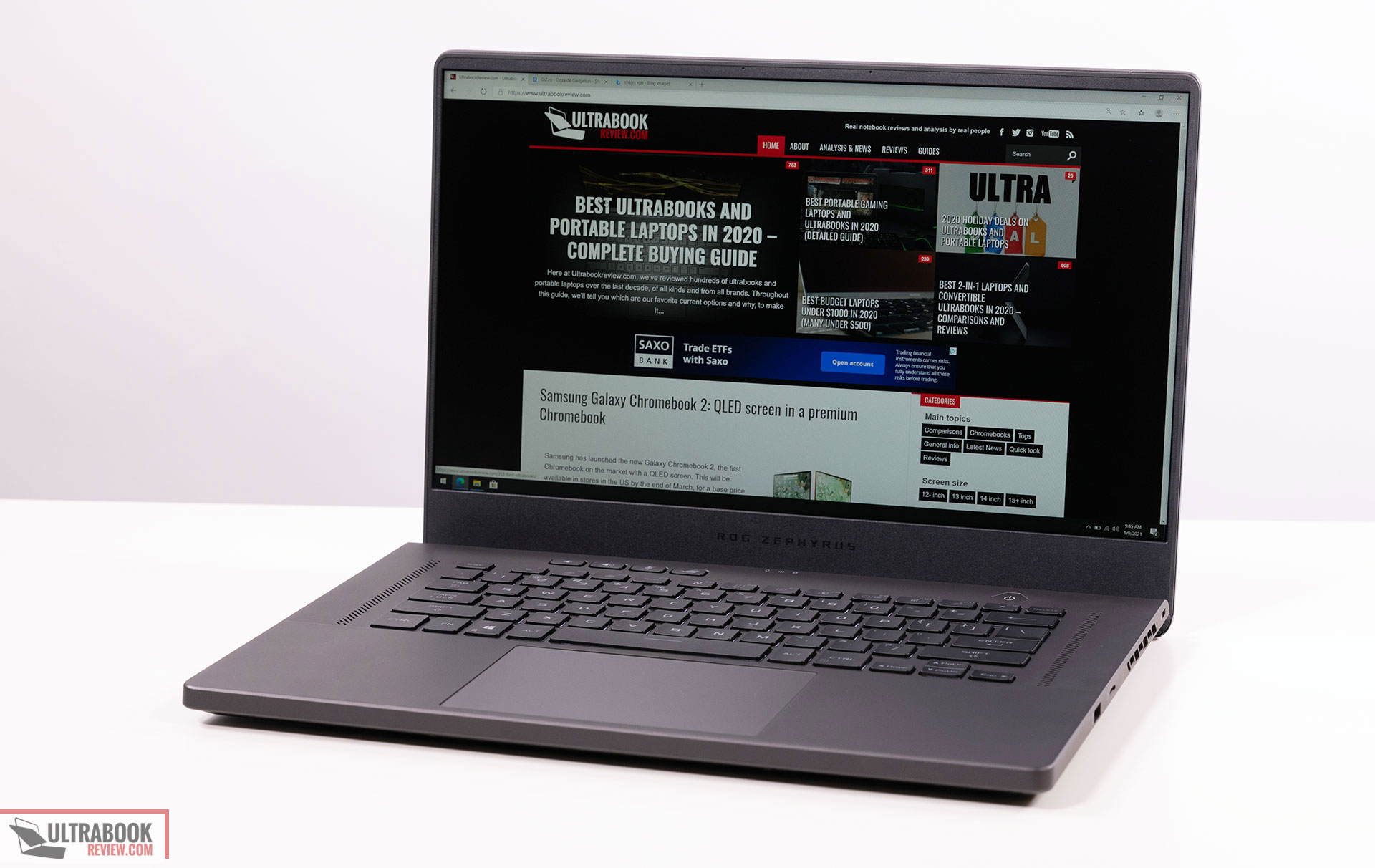 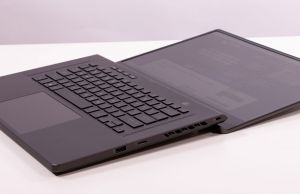 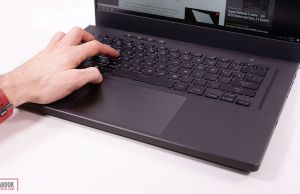 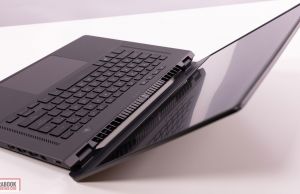 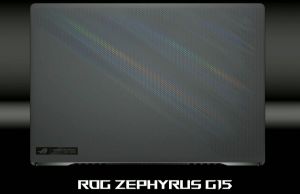 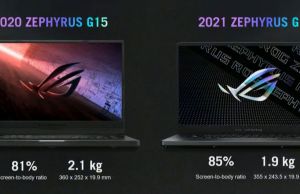 I’m glad Asus finally updated the G15. I knew it was coming, they generally use the same design for two years, and the previous model was based on the 2019 design.

Aside from the change in aesthetics and screens, the Zephyrus G15 now integrates higher-specced hardware and an updated thermal module with unobstructed airflow, which will hopefully keep that at bay inside the compact form-factor. At last, this is finally a proper alternative for the Intel-based Zephyrus products, and even outmatches them, especially now with Intel’s Tiger Lake H hardware late to the party and not available for a few months.

On the other hand, I do expect the 2021 Zephyrus G15 to lose the affordable pricing that made the previous generation attractive, with all these updates.

As for the 2021 Zephyrus G14, this won’t attract as much attention this year, with the G15 taking the prime time. It still gets the updated hardware and screens, and I’m curious whether the liquid metal and other thermal tweaks will help with the high temperatures in sustained loads, somewhat of an issue with the previous generation that required limiting the CPU for a friendlier gaming experience and improved reliability. I’d also expect some of the potential G14 customers to migrate to the smaller ROG Flow X13 when looking for a portable performance laptop.

Nonetheless, we should have our reviews for these Zephyrus Gs up in the next couple of weeks, so stay close. In the meantime, I’d love to hear what you think about these updated ROG Zephyrus G14 and G15 2021 models, so please get in touch in the comments section below.