How Dell Can Get the XPS 15 series Back on Track 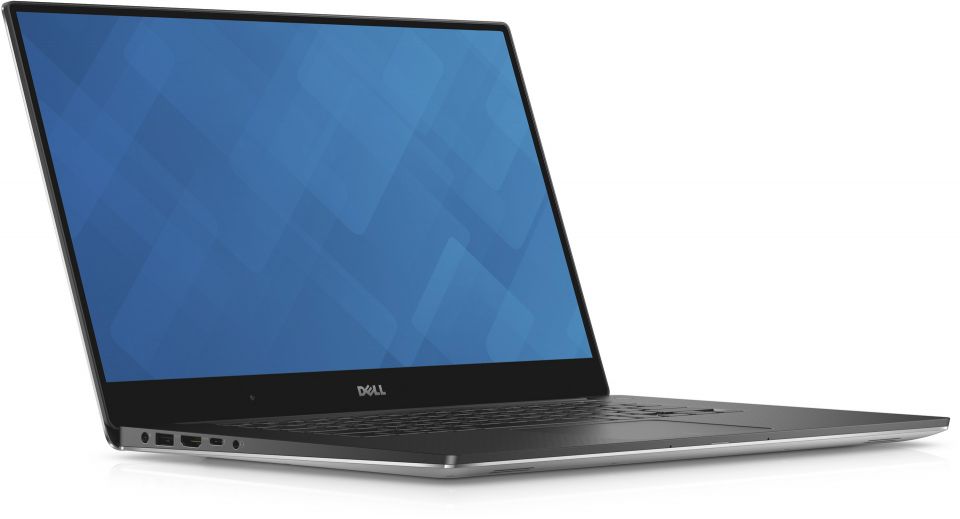 I wrote yesterday about OLED panels finally making a comeback in the form of upgrade options for 15-inch laptops this year (sources say in March), with the XPS 15 headlining as one of the laptop series to receive such an update. More configuration options are never a bad thing for notebook consumers, but I still can’t recommend anyone buying an XPS 15 9570 with or without an OLED panel at this point; there are simply too many outstanding issues with the platform.

Three years ago when the XPS 15 was revamped with a new compact chassis and bezelless design (the 9550) as the bigger brother for the mega-popular XPS 13 9343, it was the laptop to beat, despite its bugs. The Lenovo Yoga 720 took its shot at the title and fell short, as did many others — until 2018, that is. The past year saw OEMs getting closer and closer to the well-rounded package the XPS 15 provided on paper, and eventually one-upped Dell with the ThinkPad X1 Extreme and P1. As a long-time enthusiast of the XPS 15 series, I eventually grew tired of the constant bugs and glitches, switching to the ThinkPad P1 in 2018. Like many others, I felt Dell had done little with the XPS 15 platform for 2018. It’s time for the talented team at Dell to pull up their britches and rectify this in 2019 with (scrap that, the 2019 update has been renamed to XPS 15 7590). 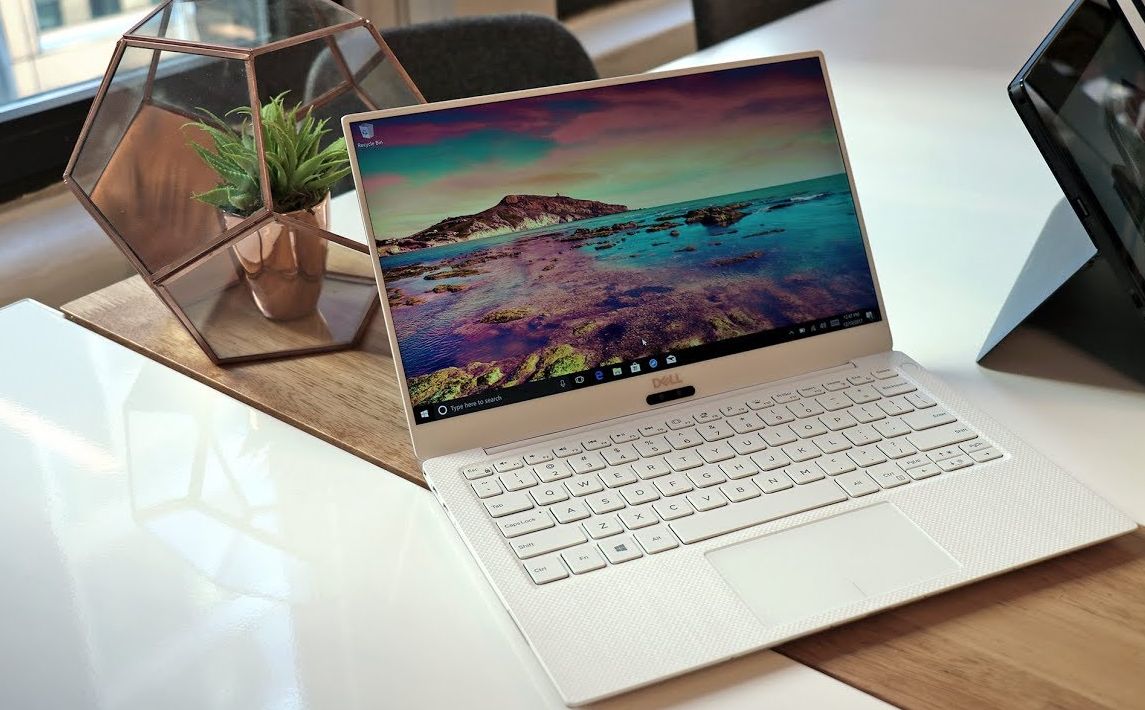 The XPS 13 received one of my favourite advancements in the past few years: a woven glass-fiber finish, resistant to nearly all fingerprints, stains, or blemishes. (Image Credit: HotHardware)

There’s nothing much more to say except that the original XPS 15 9550 chassis, still in use today, is outdated. It saw the camera moved to the middle of the chassis and a fingerprint reader with the 9560, and the Thunderbolt 3 became 4-lanes with the fingerprint scanner moved to the power button with the 9570. That’s basically it for the chassis. Dell needs to update the chassis in a few ways to at least keep up with the Joneses.

Firstly, the webcam is finally moved to the upper bezel is a given. It’s already happened with the XPS 13 9380, and it’s certainly due for the XPS 15 7590. It was always a shame for those who used the webcam at least semi-regularly to deal with the up-nose angle, and it’s an easy one to solve, luckily. 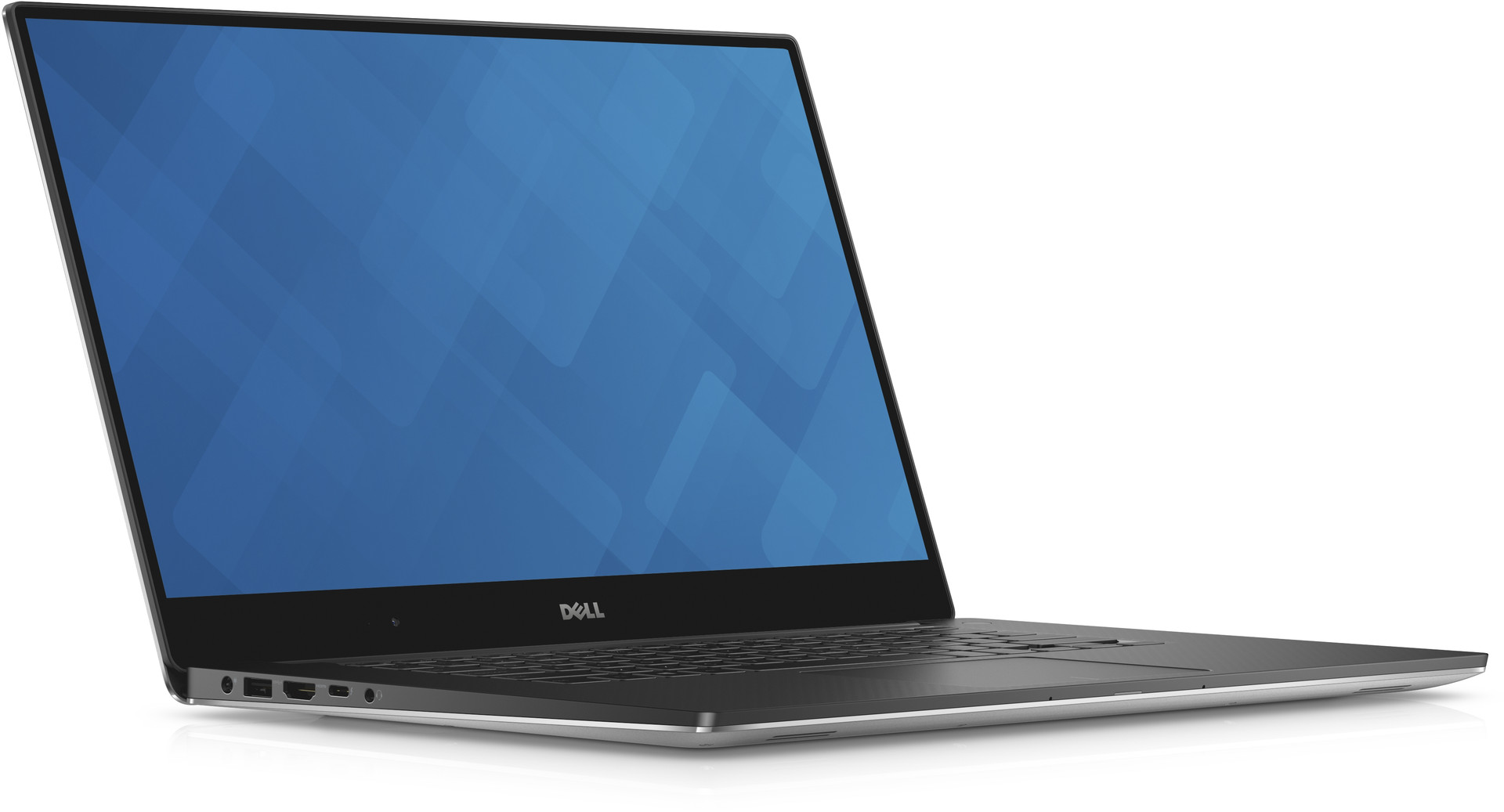 The XPS 15’s chassis has been nearly unchanged for three years.

Secondly, at least two Thunderbolt 3-enabled Type-C ports would be welcomed. Just a single TB3 port on a machine like this today is too few, and most competitors have at least two. Having two TB3 Type-C ports greatly increases the peripheral flexibility of the user by allowing an additional accessory in addition to a Type-C charger, eGPU, monitor, or other docks.

Lastly, I think I am not the only one tired of the soft-touch carbon fiber deck that collects fingerprints and oil like mad. One of my favourite aspects of the XPS 13 9370 that I gushed over in both my comparison review and our recent video was the woven glass finish. Dell boasted that one could write on the surface with a permanent marker and wipe it off with a finger without worry, and they weren’t lying.

The material never felt or looked greasy or dirty, and it became a huge quality-of-life improvement for me, as strange as it may sound. The chassis design of the XPS 15 was already fairly good, but I think an update to the materials used could be just what the 7590 needs to differentiate itself from its predecessors. 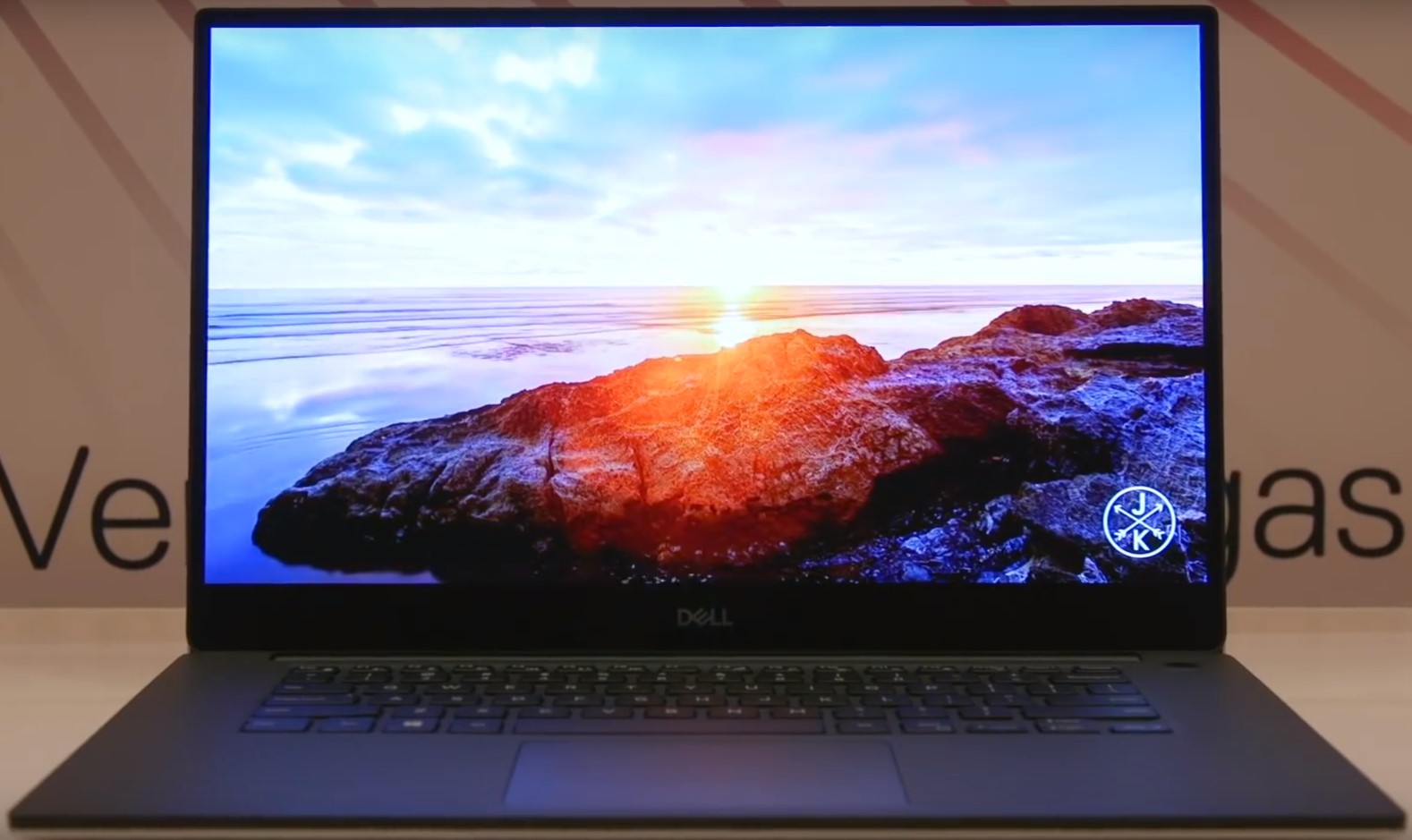 OLED is good, but 120Hz or low-power options would be even better. (Image credit: Engadget)

The XPS 15 has always offered two display options: an FHD matte non-touch panel and a glossy touch-enabled UHD panel. The FHD panel boasted nearly 100% sRGB while the UHD was advertised as covering 100% Adobe RGB. They were great panels in terms of color accuracy and brightness, but suffered from a number of quality-control defects as well as technical disadvantages.

Both panels suffer from extremely high response times, leading to blurring or “ghosting” of moving images. This means that while the displays were great for content creation, those who played games or had sensitive eyes were often bothered by ghosting. Beyond the characteristics of the panels, they often suffered from QC issues.

Severe backlight-bleed is often present on the FHD displays due to the application of the bezel, and the panels themselves are often physically installed unevenly, marring the viewing experience. The UHD panels tend to exhibit a red hue when viewed from off-axis angles and may have inconsistent backlighting or color temperatures, though backlight-bleeding is less of an issue.

The addition of OLED panels might a nice option, but the only real problem they would be fixing is the slow response time of the existing FHD and UHD panels. Firstly, Dell needs to step up the QC checks on the displays they use from the factory rather than assuming consumers will be willing to accept defects. Secondly, they need to take more care when installing the panels so they are put in evenly with minimal bleed. But the main thing the XPS 15 series has been missing until now that would be very welcome is a higher refresh-rate screen. 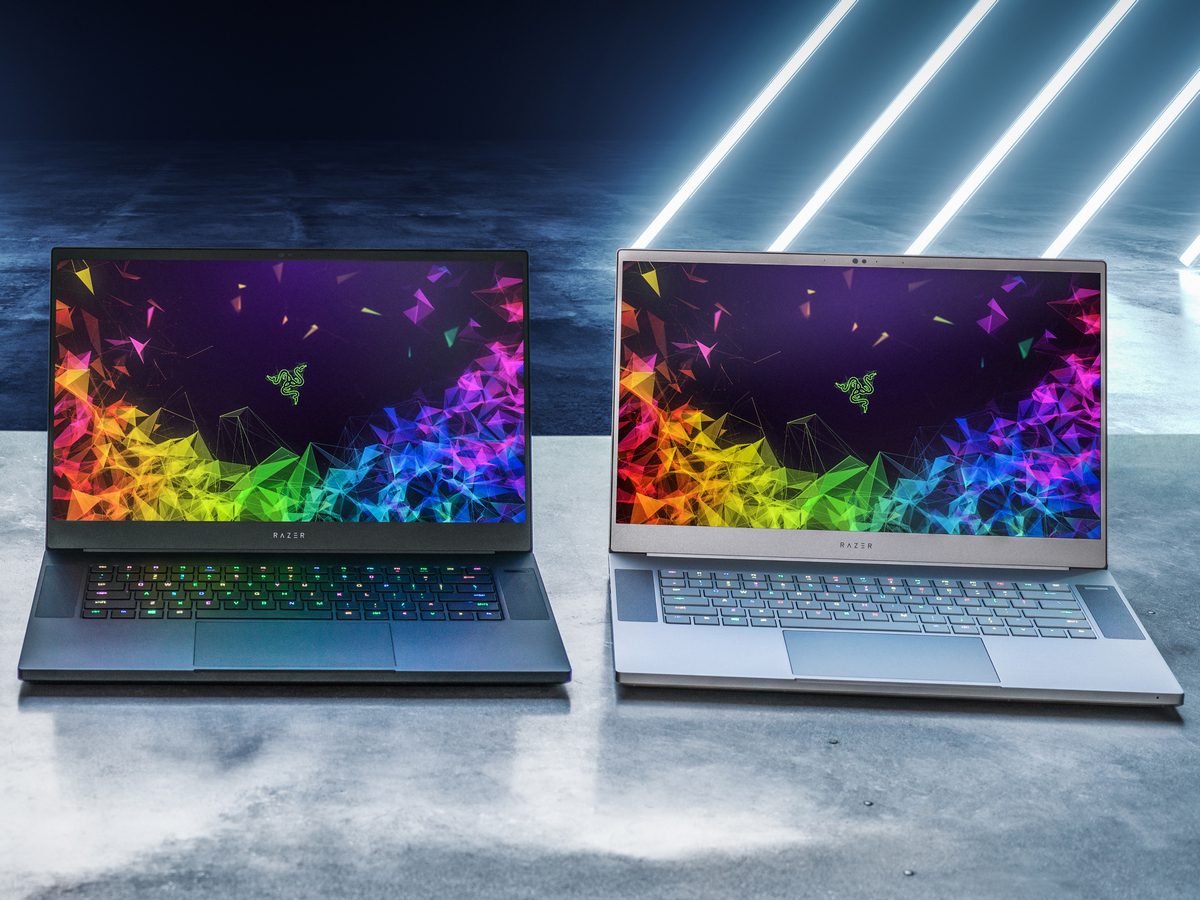 The Razer Blade 15 not only has a slick design, but one-ups the XPS 15 with 144Hz panels. (Image credit: Razer)

The XPS series aren’t gaming laptops, but the acronym XPS does stand for “Xtreme Performance Systems”, and that does indeed suggest that they may be used for gaming. Thus, the buttery-smooth goodness of a high refresh-rate panel would be more than welcome in the XPS series. Not only do the low response-times reduce ghosting to almost nil, but the higher refresh rates make both everyday usage and gaming sublimely smooth. Once you try a 144Hz monitor, you won’t want to go back to 60.

The input on the XPS 15 has always been fine, but never great. Key travel is a little on the shallow side at 1.2 mm, but the main issues are the weak actuation force and the instability of the keys themselves. The 9370 got an upgraded keyboard with a bit more travel (1.3 mm and slightly larger, more stable keys, and that’s just what the XPS 15 7590 needs as well. It doesn’t need a fancy magnetic or Butterfly-switch keyboard, just some good old-fashioned improvements on the basic action of the switches.

The XPS 15 series has suffered from thermal issues from the start. From my 9570 review:

“Previous generations of XPS 15 suffered from throttling induced by poor cooling of the voltage-regulator module (VRM), of which I have written about trying to fix here. The cooling system still has not changed overall, but the VRM configuration seems to have. Where I initially believed it was likely to be an issue in this iteration as well, I have yet to experience any kind of VRM sensor-based throttling like int he past.”

At launch, the 9570 seemed to perform fairly well — at least from the standpoint that it didn’t throttle down to 800MHz as the previous generators did. However, Coffee Lake-H’s hungry power requirements and poor software/firmware optimization has resulted in noise and thermal issues with the platform. Fans rev up loudly during idle, light work, or charging, but don’t spin up to their maximum speeds even under full mixed loads.

During the first few months of reviews, the GTX 1050Ti’s maximum temperate was 78C, and enforced by throttling the clocks. Without explanation, however, Dell later lowered the GPU’s temperature limit to 74C, causing a severe drop in graphical performance. To make matters worse, an addition bug causing the GPU to throttle below 48C (you read that correctly!) was also introduced. Dell denied it first and later begrudgingly admitting it, but I believe this bug still remains today.

The XPS needs a cooling solution that can match its components, not underhanded tactics like VRM throttling or lowering the throttling temperature of components designed to run far hotter. Maybe a vapor chamber like the Blade 15 uses could help, or maybe they just need to add a bit more copper to the cooling solution. Just don’t follow Apple’s lead and ignore the problem.

Currently, the XPS 15 is available with two internal configurations: The first is a 97Whr battery which leaves room for just one m.2 PCIe NVMe slot, while the second gives the user a small 56Whr battery but room for both an m.2 PCIe slot and a 2.5″ SATA drive. Given the power-hungry Coffee-Lake-H and screen components, it makes a lot more sense to keep the 97WHr battery but simply add a second m.2 slot for storage. The Razer Blade 15, Gigabyte Aero 15X, and ThinkPad X1 Extreme all offer this advantage over the XPS 15, and it needs to catch up.

Beyond the battery and storage, I think it goes without saying that we expect bumps in CPU and GPU for future iterations. Since these upgrades are obligatory, I’d rather focus on design and QC issues with the series in this article, but I’m mentioning faster CPUs and GPUs just so nobody thinks I’ve forgotten. :)

Since the very beginning, the XPS 15 platform seems to have suffered from more long-standing bugs than nearly any other popular laptop around. The unfortunate part is that Dell has been quite poor at providing the support that the product has needed, and so here we are, three years after first release, with an expensive laptop that still doesn’t work as it should. Here’s a brief list, but it’s by no means exhaustive:

Not to mention the litany of bugs that were introduced with updates/patches (such as breaking the touchscreen after suspend) and then eventually fixed. Whichever lowest-bidder sub-contractor Dell is using for their software/firmware support needs to be given the boot yesterday, because these machines could be so much better than they are if the people involved just cared a little bit more about the products they are involved in designing and supporting.

These are just a few ideas I’ve had for getting the XPS 15 series back on track and compete against the competition once more. It’s been three years since the 9550 debuted, and it’s time to fix the long-standing bugs and issues that make using these expensive devices an unreliable pain while getting a bit more innovative. The XPS 15 9570 might have lost its crown back in 2018, but if Dell and the XPS team put effort into it, I am sure we will finally see something once again truly compelling, either this year, with the 2019 XPS 15 7590, or the next.

Note: There are probably plenty of other small annoyances and bugs (coil whine is one I left out, for example), so please feel free to share your own suggestions in the comments!