Best used/older laptops and convertibles to buy in 2022 (updated)

If time has taught us anything, it should be that newer isn’t necessarily better. In the world of computing, it often means paying a significant premium to be a hardware beta tester. By buying a used or refurbished laptop, you’re not just paying a lot less, but you’re reducing electronics waste.

Even if the ideal laptop for your needs isn’t still available from the manufacturer anymore, that doesn’t mean you can’t still buy them. You can always find used and refurbished laptops easily on eBay, forums like NotebookReview, Reddit, Amazon (you can filter results for “Used”), and your local Craigslist. You may also have local refurbishers near you, so be sure to search maps for nearby shops as well.

This article will be continuously updated as market conditions change.

1. How to Buy a Used/Older Laptop

This list isn’t exhaustive as it’s based around laptops we have our own personal experiences with. However, the laptops featured in this article are selected according to a few key principles regarding the price, CPU, GPU, and display. Thus, if you find another laptop that that also fits these requirements, don’t pass on just because it wasn’t listed here.

One of the key points of consideration for a laptop to make this list is that it needs to be significantly cheaper than a similarly equipped laptop would cost today new. Generally, we’re going to be looking for laptops that can be had for between $250-700 on the used market.

On the subject of performance, Coffee-lake (8th gen) and Turing (10th gen) CPUs and GPUs marked the point where mobile computing power took a leap forward. Since then, the performance and efficiency increases have been much more incremental. Thus, for performance laptops, we’re ideally going to be looking at ultrabooks with at least 8th generation CPUs and gaming laptops with at least GTX 10xx-series GPUs. Most laptops from 2017 onward will fit this bill.

There are some exceptions to the quad-core rule, however. If you really only need the laptop for basic work, then you’ll be able to spend less by going for a 3rd-7th generation U-series CPU ultrabook (Older ThinkPads tend to fulfill this niche nicely). Tablets also are generally exempt from this due to the greater power draw of 4-core/8-thread CPUs in such a small chassis with limited battery capacity.

One major benefit of buying a used or otherwise older model of laptop is hearing about which laptops have a good/bad reputation. You have the advantage of hindsight: the dust has settled, long-term reviews and mass user feedback are available, and the bugs and idiosyncrasies of the device will be known. It is generally more clear what you’re going to get with an older laptop than a newer one.

Lastly, the most important requirement for a display for a non-gaming laptop is going to be 1080p (FHD) resolution using IPS technology and having fairly decent color reproduction. FHD IPS has been the standard for quite some time, and so most laptops you find today will also meet our display requirements. There are some exceptions, however, as some Dell and Lenovo laptops have shipped with poor quality 1366 x 768 TN displays as a way to cut costs for enterprise clients.

For a gaming laptop’s display, unless it will always be used docked to a TV or monitor, you’ll probably want 120Hz+ (especially for shooters or other competitive games). Some of the earlier 120Hz+ displays can be dim or washed-out, so IPS and 300 nit+ brightness are good qualities to look out for if you can get them.

With our requirements out of the way, let’s move onto the laptops.

If you are looking for an extremely compact ultrabook with long battery life and solid performance on the cheap, the XPS 13 is at the top of my list. 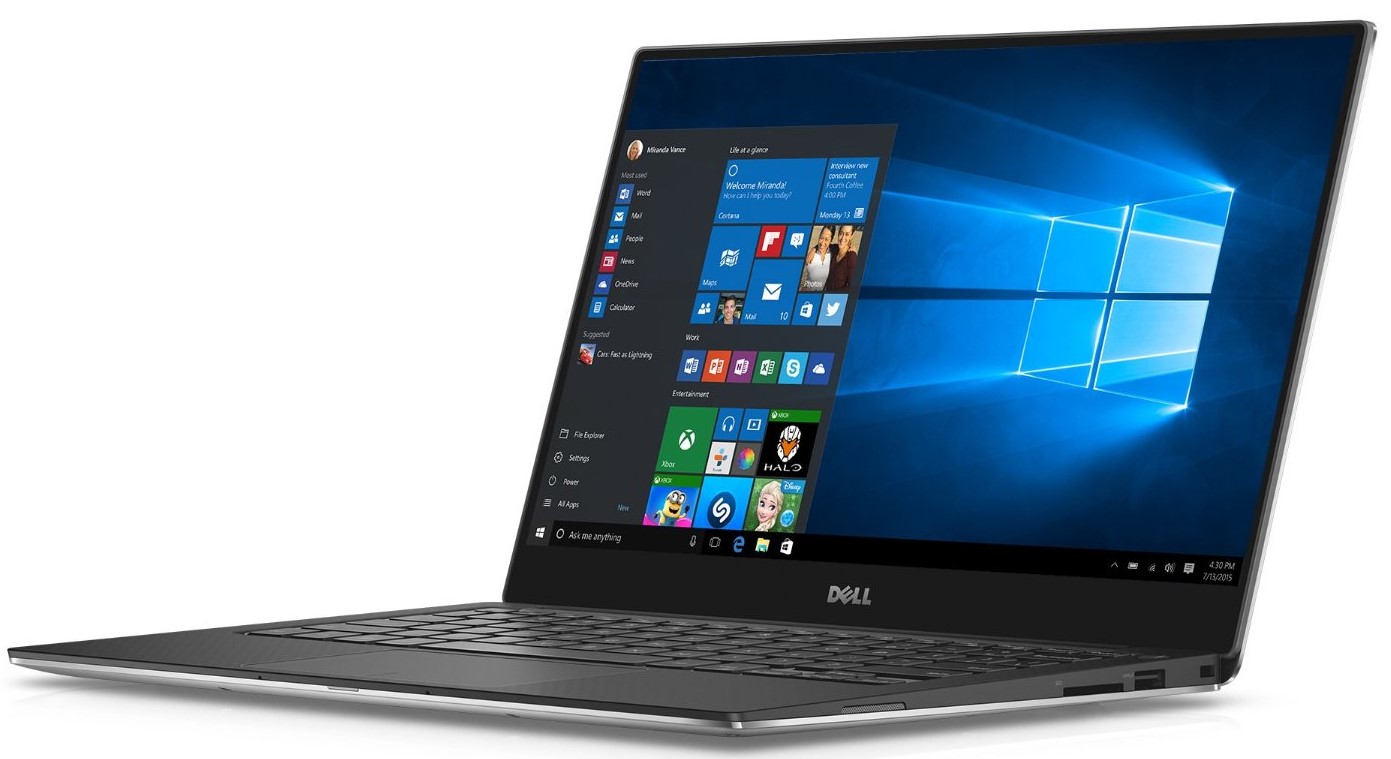 If you don’t need USB-A but do need full-speed TB3, or a (more) decently positioned camera you might consider the newer XPS 13 9370 or other models (9305) still using the 16:9 screen design. 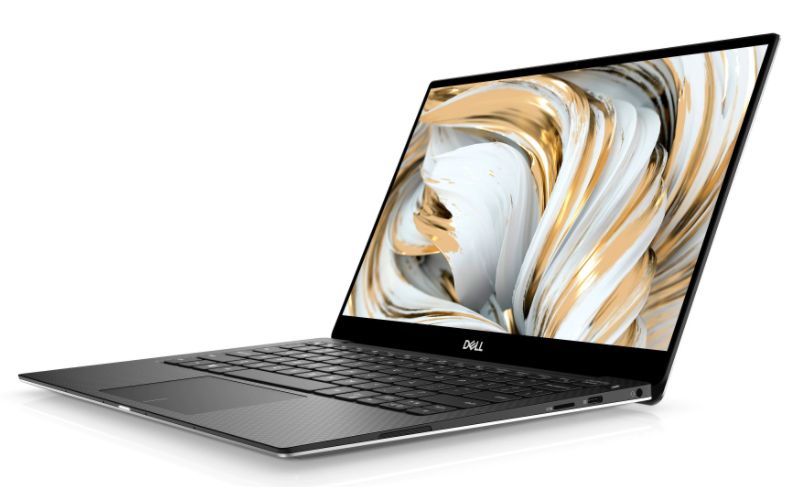 ThinkPads have long been a great choice for a workhorse notebook. While old staples such as the X220/230/250/260/270 and T450/460/470 are still good choices for basic work laptops, they lack quad-core hyperthreaded CPUs. Thus, we are recommending the T480 as it’s the last ThinkPad with a removable battery . Our review of the Thinkpad T480S series is available here. 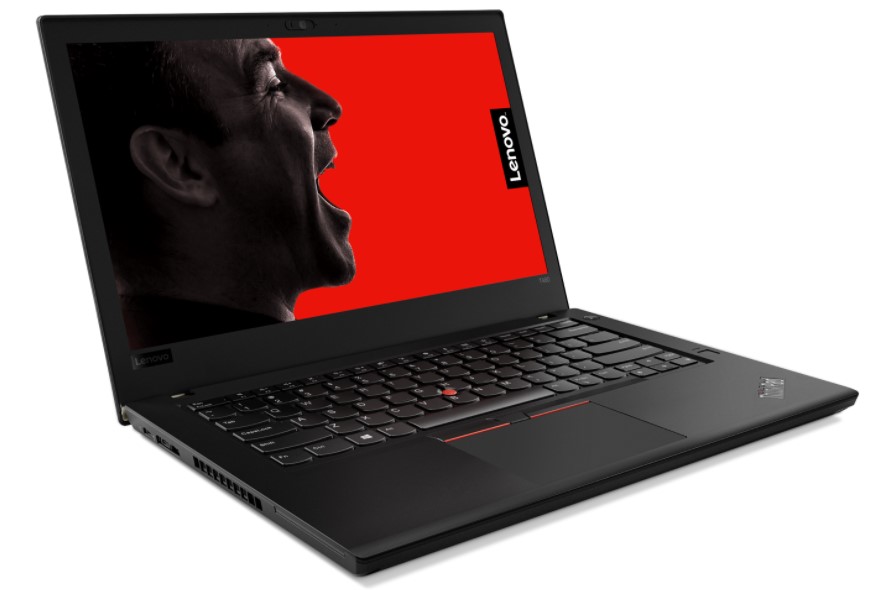 ThinkPads are well-known for their iconic design language and TrackPoint.

Dell’s Latitude laptops are often overlooked due to the popularity of ThinkPads, but they make excellent workhorse business laptops at prices that are hard to beat. There’s a huge caveat, here: if coil whine bothers you, the E7480 might be off your list. If you have a very tight budget and don’t need a quad-core CPU, consider the E7470, which can be found for under $200 USD on eBay. 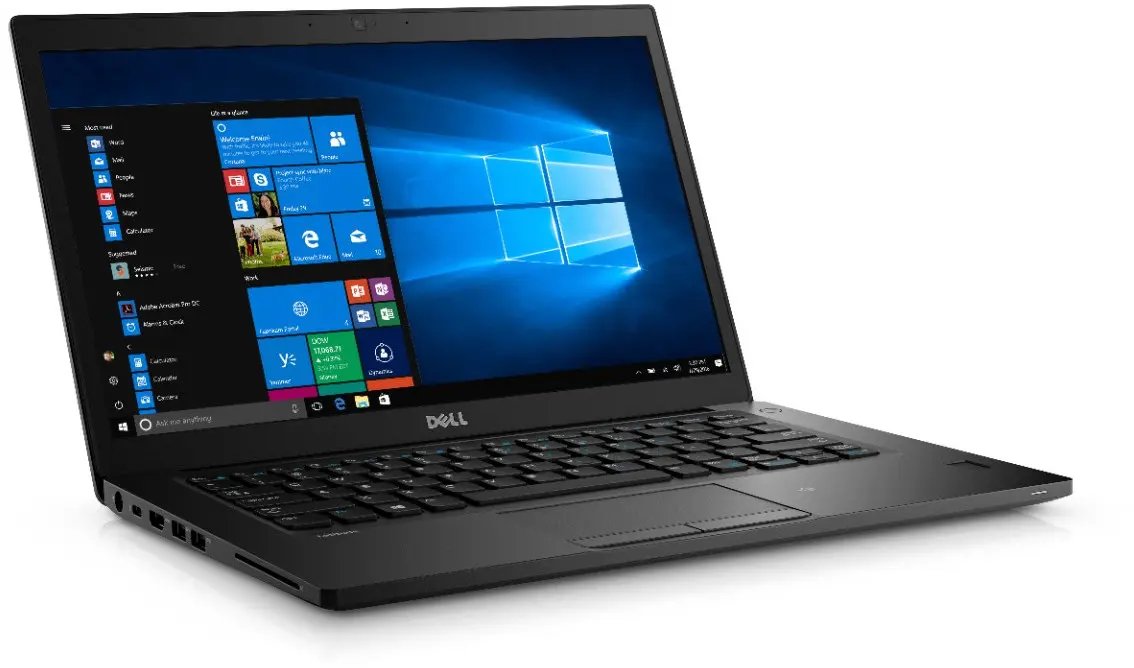 Although less cultish in their following, Dell’s Latitudes have a dedicated base of proponents and make an excellent choice for a business notebook.

If you are looking for a good-looking used notebook that does it all and isn’t too expensive, check out the XPS 15 7590. It’s not a fancy looking as the newer XPS 15 9500 and XPS 9510, but the performance is still hard to beat in such a form factor. It’s more expensive than just about all the other laptops on this list, but if you want something powerful, attractive, and compact for CPU or graphics loads (even some gaming), this is probably your best option.

Our reviews of the various XPS 15 models over the years are available here. 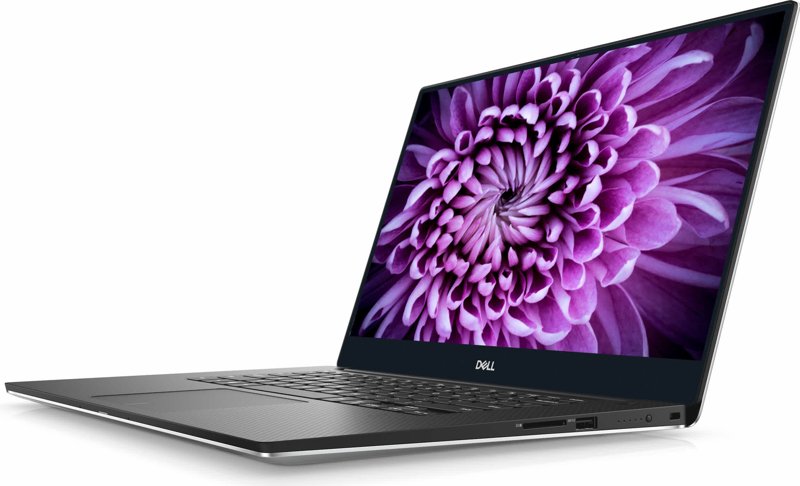 Acer’s “Predator” line of gaming computers (check out our review) might not be as big of a name as Dell’s Alienware, but they’ve been impressing reviewers and gamers alike in the past few years by putting out robust, high-performance, and inexpensive gaming laptops. Their aesthetics and chunky size/weight mean they won’t be winning any beauty contests, but at these prices used, they are hard to beat.

Our reviews of the various Predator Helios 300 models over the years are available here. 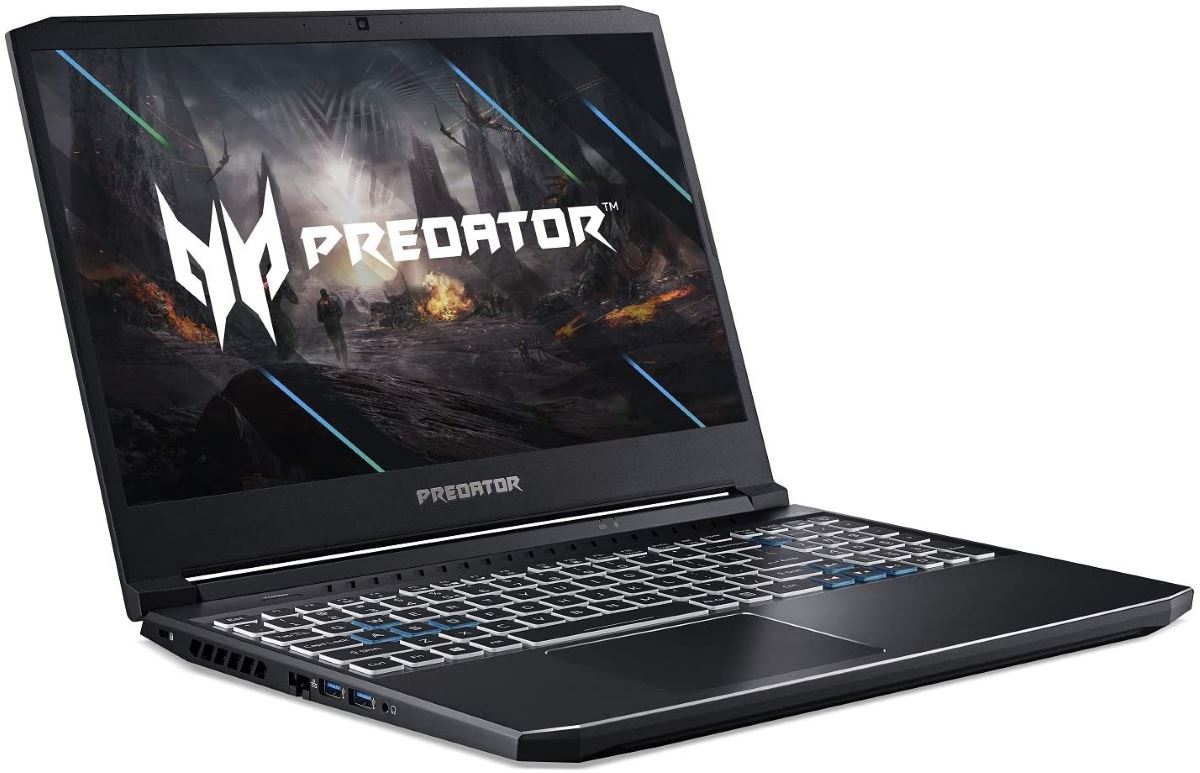 Acer’s Predator Helios 300 is a great no-nonsense option to play most modern titles.

The Lenovo Legion 5 is first laptop on this list to feature AMD’s Ryzen 7 chips, and that means this used laptop will run circles around other Intel-based offerings in CPU-heavy tasks. It’s got a fairly modern design for a budget gaming laptop, is fully upgradable, and is one of the best used gaming lalptop deals you can get at the moment. 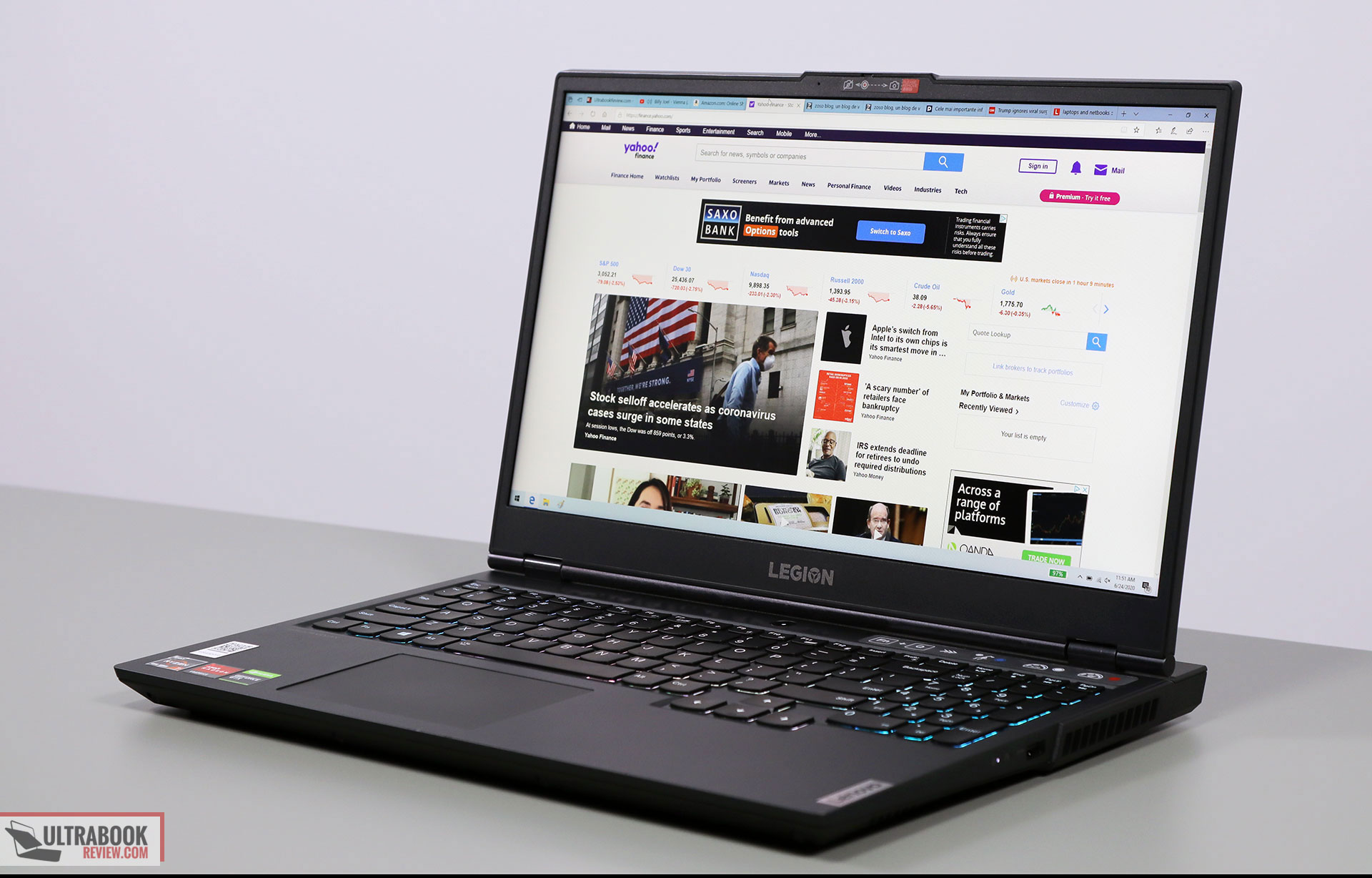 Lenovo’s Legion 5 can be found with either Intel or AMD CPUs.

This is quite a competitive category because the answer depends more on what you need from your laptop than the price. However, since we already shouted-out the XPS 13 in the “Best Used Ultraportable” category, we have a different recommendation for the best used laptop under $500 that might surprise you:

If you’ve never heard of the Acer Swift 3, we don’t blame you. For years, Acer was mostly synonymous for budget laptops that cut corners on materials to deliver the lowest price for the specs. In recent years, however, Acer has really been pushing forward designing laptops with better build quality, materials, and designs, and the “Swift” series has been leading that charge in the Ultraportable segment. We loved our Swift 3s, finding the looks, performance, and typing experience surprisingly good. Look for the 2019 version for the best value. 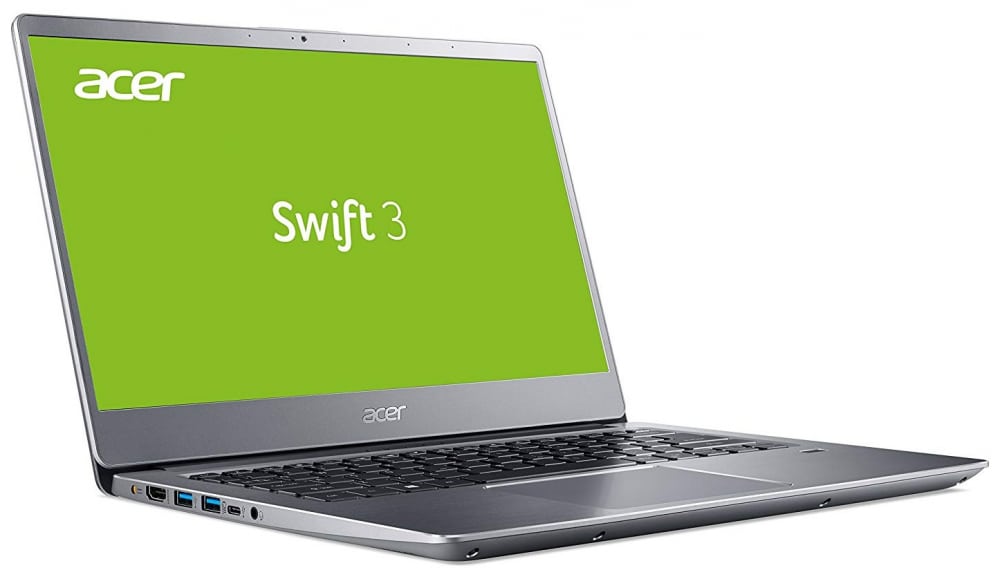 It’s not as svelte as the Dell XPS 13, but it delivers more than almost any other laptop in the sub-$500 price segment.

Before we get to the official “used” recommendations, there’s a decent argument to be made for Microsoft’s Surface Go 2. It’s technically not an older laptop as it’s the last budget Surface tablet Microsoft has made, but it’s still been around for over a year and the price has dropped a bit.

However, in my humble opinion, it’s not quite the best overall tablet for the price because of its cramped screen and very weak performance with the lower end Pentium/eMMC storage configs, but if you are looking for a cheap secondary Windows convertible, you can do a lot worse. Just be aware of the specs and follow the buying tips below, because your experience with this tablet will vary greatly depending on which configuration you buy. Check out eBay to see if you can snag a good enough deal.

Update: There’s a more recent Surface Go 3 available in the meantime. It’s merely a hardware bump of the Go 2, but with a noticeable performance improvement on the base-level Intel Pentium configurations. However, if you’re shopping for the better specs in this tiny format,  I’d still consider going with the Go 2 instead, especially if you can find it discounted. 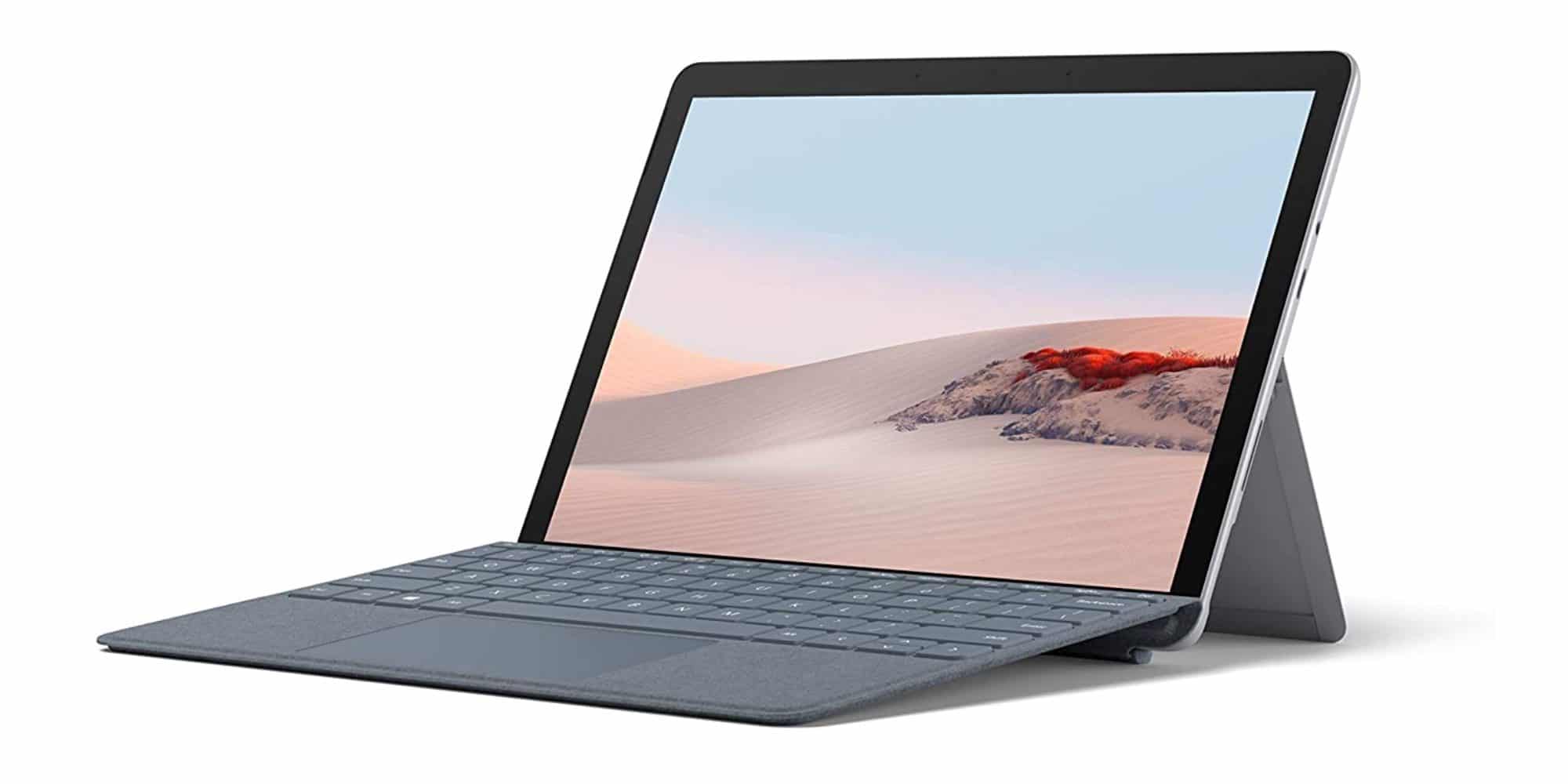 If you can find a good deal on a Surface Go with keyboard and 8 GB of RAM, it could make an excellent secondary or tertiary Windows machine.

I don’t think the Surface Pro 7 is very good, but I think one of the best value Windows 2-in-1 tablets right now might be the Surface Pro 5. It’s got similar performance with much improved power efficiency, and that solves the major problems people seem to have with the Ice-lake-powered Surface Pro 7. It’s also significantly cheaper, with models running for under $300 USD on eBay. 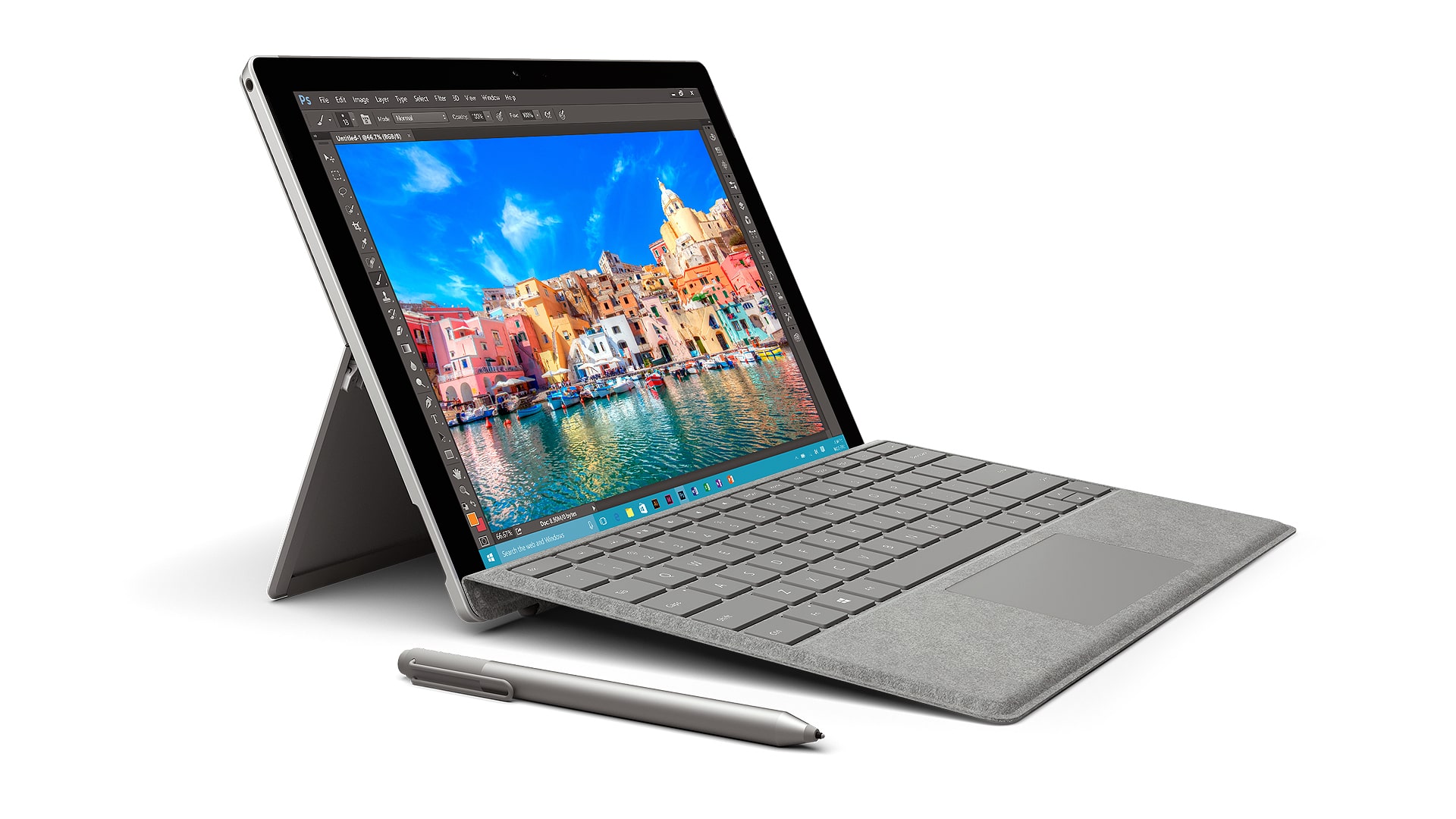 Update: There’s a new Surface Pro 8 model to check out as well.

Are there any laptops that are great deals used that should be on this list? Let us know in the comments!

Disclaimer: Our content is reader-supported. If you buy through some of the links on our site, we may earn a commission. Learn more.
Douglas Black is a Technical Writer, Analyst, Teacher, and DJ currently based in North Carolina.
← Previous Story The lightest laptops and ultrabooks in 2022 – the complete list
Next Story → Key bindings: The importance of anatomy and psychology in determining optimal selections