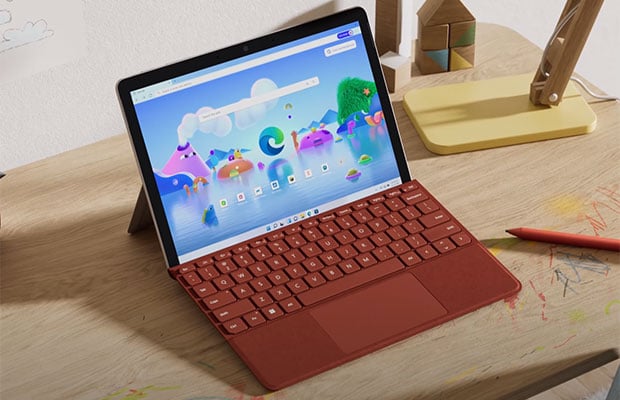 The Microsoft Surface Go series has been one of our go-to recommendations for a tiny Windows computer in the last few years, and Microsoft have recently unveiled its latest iteration, the Surface Go 3.

Unlike the latest Surface Pro 8, though, the upgraded Go 3 is merely an incremental change of the previous generation, pretty much the same in terms of design, construction, and display, but with new internal hardware specs.

The previous Surface Go 2 was rather slow by today’s standards, so I’m glad to see potentially faster components in this new generation. However, while many were hoping (unrealistically, I would add) for an efficient ARM hardware on the Go 3, or perhaps the latest Intel Lake Field or AMD Van Gogh silicon on the higher-tier configurations, the reality only delivers refreshed Intel Amber Lake chips on this late-2021 update of the Go 3, which some of you (myself included) might find underwhelming.

I’ll explain why further down, but first, here’s a specs sheet of the Surface Go 3 right next to the Go 2 model.

So as these specs sheets clearly reveal, the Go 3 and Go 2 are pretty much identical in every way, except for the internal hardware specs.

At the base level, the Go 3 now ships with a Pentium Gold 6500Y 2C/4T processor, paired with 4 GB of LPDDR3 memory and 64 GB of eMMC storage. In comparison, the base Go 2 shipped with a Pentium Gold 4425Y 2C/4T processor and the same kind of basic memory and storage, so no change there. Both CPUs are basic and slow chips by today’s standards, primarily designed with efficiency in mind. 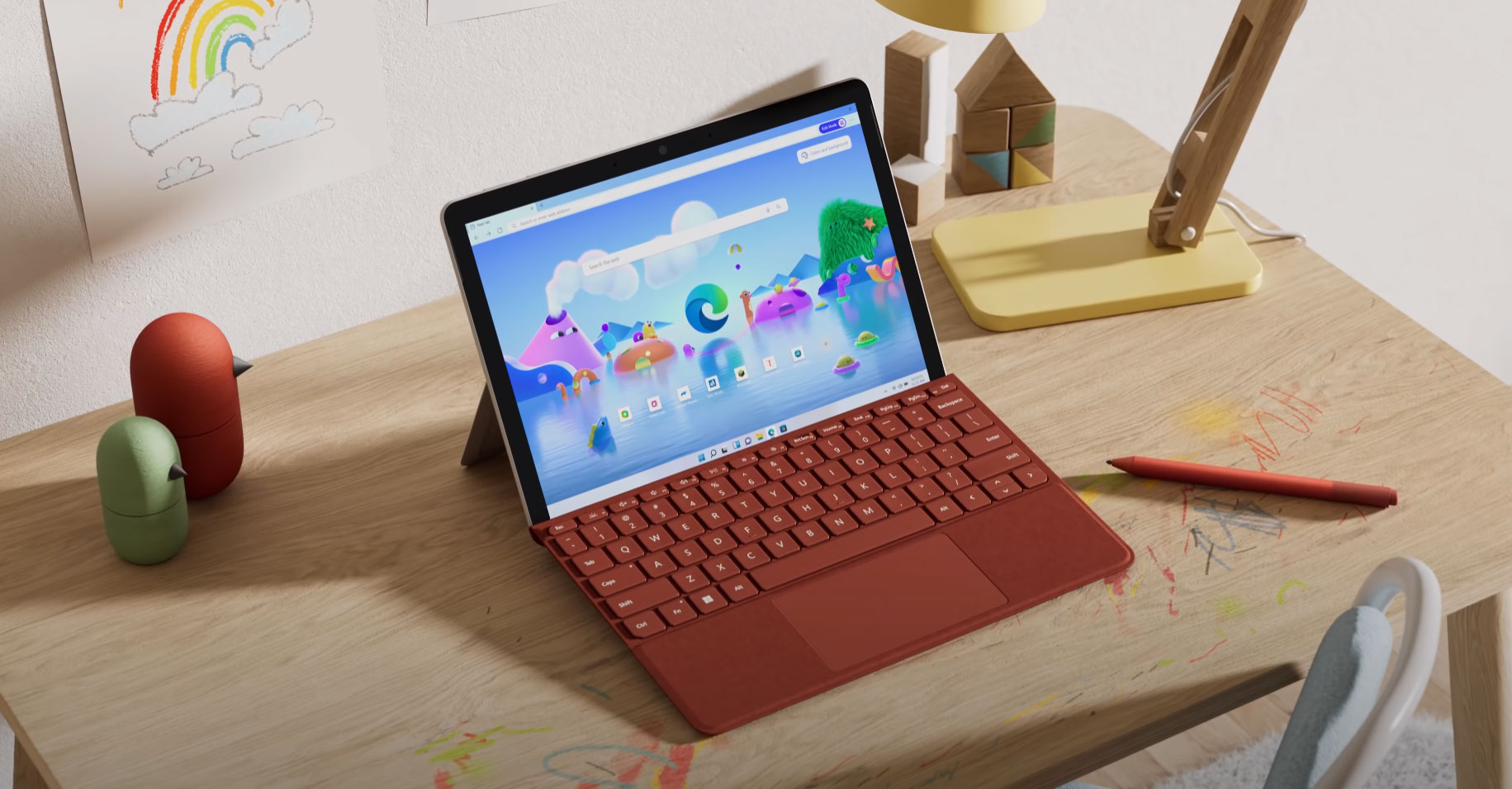 However, the 6500Y does run at higher locks and includes twice the amount of cache memory, and based on the few benchmarks and tests available at this point, we can expect it to score anywhere between 20-50% better than the 4425Y in benchmarks. I wouldn’t expect this to realistically translate into a significantly snappier experience with daily use and multitasking, considering that’s not a realistic expectation from the higher-tier Core configurations either. But even so, at this level, the base-level Go 3 is a somewhat notable upgrade from the base Go 2.

It’s not much of an upgrade at the higher-end, though, where the Core i3-10100Y processor in the Go 3 is merely a bumped-up rebadge of the m3-8100Y, end should end up 5-10% faster in performance tests, the kind of difference you’ll barely feel with daily use. So at this point, I don’t see why you would go for the higher-specced Go 3 over the Go 2, as long as you can still find the latter in stock (and hopefully with a good discount).

So if you were expecting the Surface Go 3 to be a powerful tiny computer, well, it’s not. Furthermore, I’d actually recommend looking into other options at the price point you’ll end up paying for a top-configured Surface Go (600 to 800 USD, including the keyboard folio).

The HP 11-inch Tablet PC might be a viable Windows alternative to consider when available, at roughly .66 kg for the tablet alone, with a nicer 11-inch display, smaller bezels around the screen, more powerful quad-core Jasper Lake Pentium N6000 specs, and a 32 Wh battery, and perhaps other new 10 to 11-inch tablets and mini laptops will be launched as well, as the interest for these tiny computers slowly resurfaces in recent years.

And BTW, I mentioned earlier that expecting a Qualcomm or Mediatek ARM-based configuration, or one of the updated Intel Lake Field or AMD Van Gogh chips in the Surface Go was not realistic. One, because some of those chips are not even widely available in the amounts Microsoft would need for this fairly popular product, and two because those that are available are also expensive, and would have made little sense financially on this series, even at $600+. Unless Microsoft would have somehow decided to sell this at a loss just to raise the awareness for their Surface products, which seems like they’re not willing to do.

However, I would have preferred Jasper Lake Celeron/Pentium products in the base Surface Go over the Amber Lake Pentium 6500Y. If smaller OEMs and Chromebook makers can put a quad-core Celeron N5100 in $300 to $400 products, Microsoft could have as well.

Even so, the base-level Surface Go 3 remains an option to consider in the $300 to $400 price range (accounting for discounts usually available from Microsoft), as a lightweight and fairly affordable Windows tablet for kids or for traveling.

It still offers a nice-quality 10.5-inch screen with touch, pen support, and a bright enough panel for almost all lighting conditions, it’s still a sturdily made product with a grippy and tough magnesium shell, and it’s still fast enough for casual browsing, video streaming, and very basic games. Microsoft didn’t put a lot of effort into this update, but at the same time, there’s hardly any competition for the Surface Go series in the Windows space anyway, and that alone raises its value for potential buyers.

And yes, I must add that the Surface Go tablets run on Windows 10/11 S versions, but that’s hardly an issue given you can easily disable the limitations and upgrade to a full Windows OS instead if you so desire.

Of course, at $300 to $500 you could also well consider going with an iPad or a Chromebook instead. The iPad is both a snappier and more versatile device, with a more mature ecosystem of applications and accessories, while with Chromebooks you get the option to choose between different kinds of tablets, convertibles, or laptops in this price-point, with arguably smoother performance and longer battery life with everyday use, as long as you’re connected to the Internet.

So this sums up my thoughts on the Microfost Surface Go 3. You should look into some detailed reviews if you decide on eventually going with this mini-computer, and in the meantime, I’d like to hear your thoughts on this update and how it stacks against the alternatives out there. Is the Go 3 still a buy in its niche, or is this update more of a Go 2.5? 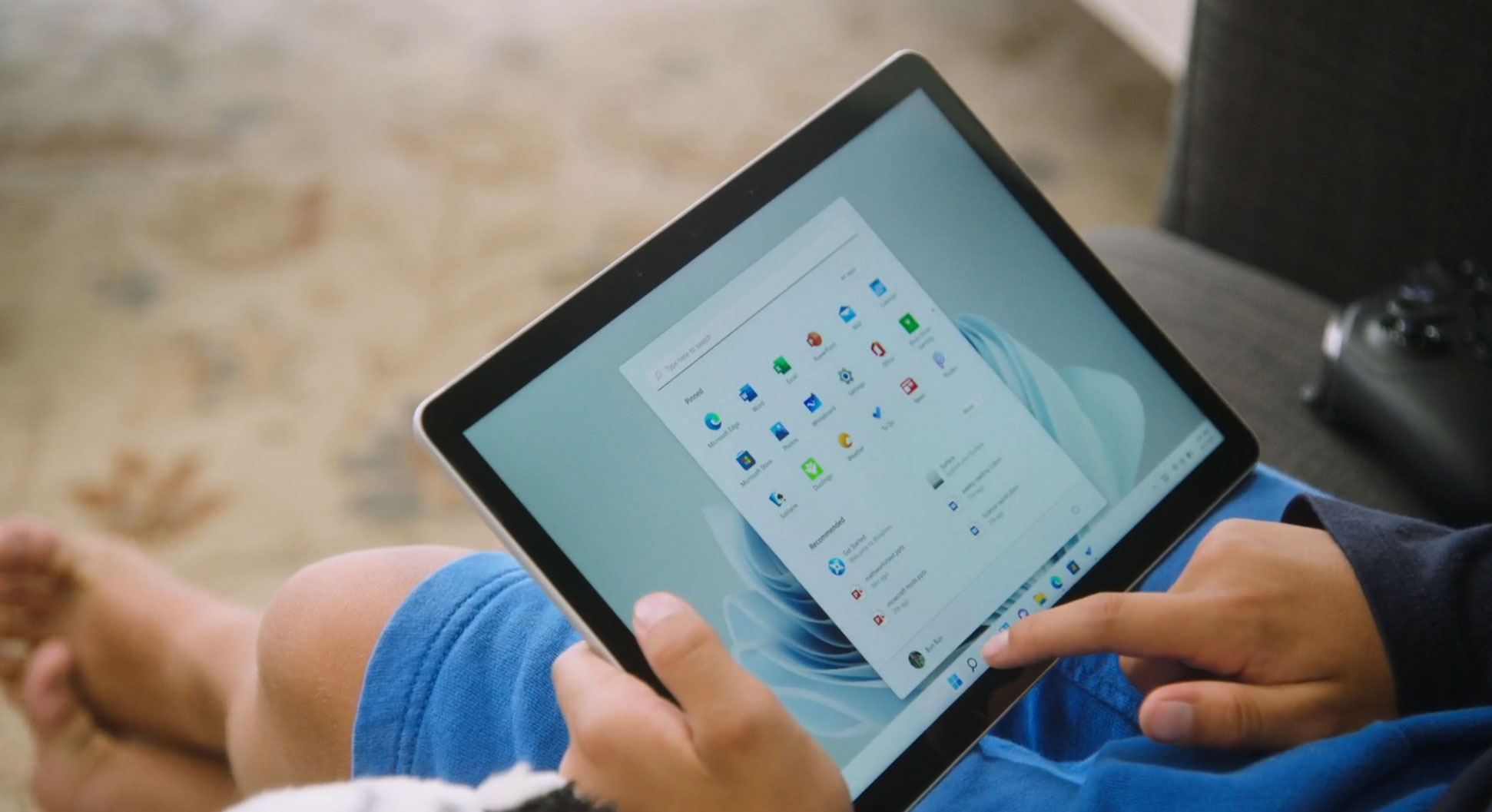