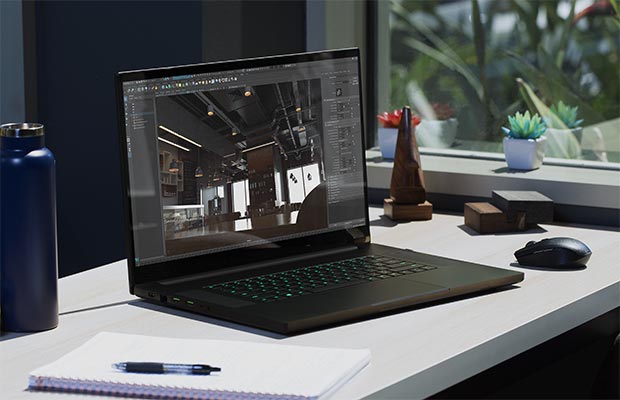 So we’ve already seen the recent refreshes of both the Razer Blade 15 and Blade 13 Stealth, and now it’s finally time for the 2020 Razer Blade Pro 17.

What does it have to offer?  Well, the good news is that if you’re looking for a larger 17-inch version of the recent Razer Blade 15 update, this is exactly what this is.

This year’s Razer Blade 17 offers some updated hardware options, including an 8-core i7-10785H processor, which supports a turbo boost frequency of 5.1Ghz.  Each model also comes standard with 16GB of RAM, which is upgradable to 64GB.

Unlike the Blade 15, there are only three models to choose from, which only include two GPU options.  The base model has the same RTX 2070 Max-Q that they offered last year, while the top two tier options have the new RTX 2080 Super Max-Q.  See below for the detailed specs and a comparison to the 2019 model.

The other major option between models is the screen.  The 2070 MQ and cheaper 2080 Super models both get a 17.3” 300Hz FHD screen.  The top model also gets a 120Hz 4k screen, which is intended for creators as it’s also full gamut.  Personally, I find that 4k screen to be VERY appealing as I have always liked 17” 4k screens in the past.  Trouble is, this model is going to cost you another $600 over the other 2080 Super model, and the only other difference is a 1TB SSD.

Speaking of the SSD, there’s actually an open SSD slot in this version of the Razer Blade Pro, which supports both PCIe and SATA SSDs, up to 2TB in size.  Nice touch, as Razer Blades usually only have one slot.

Another nice touch is this refresh of the Razer Blade Pro also gets an updated keyboard, similar to what they did with the 2020 Razer Blade 15 and Stealth.  The right shift key is a larger size and the up arrow is no longer located between the shift key and the question mark key.  If you’ve read my previous reviews, you’d know that was an area I was critical about, as it often led to typing errors.

As far as the IO goes, it’s exactly the same as last year, from what I can tell.  The only difference is the USB-C ports now support 20V charging with a USB-C charger.  There’s still an SD card reader, ethernet and a wide array of USB ports on both sides. 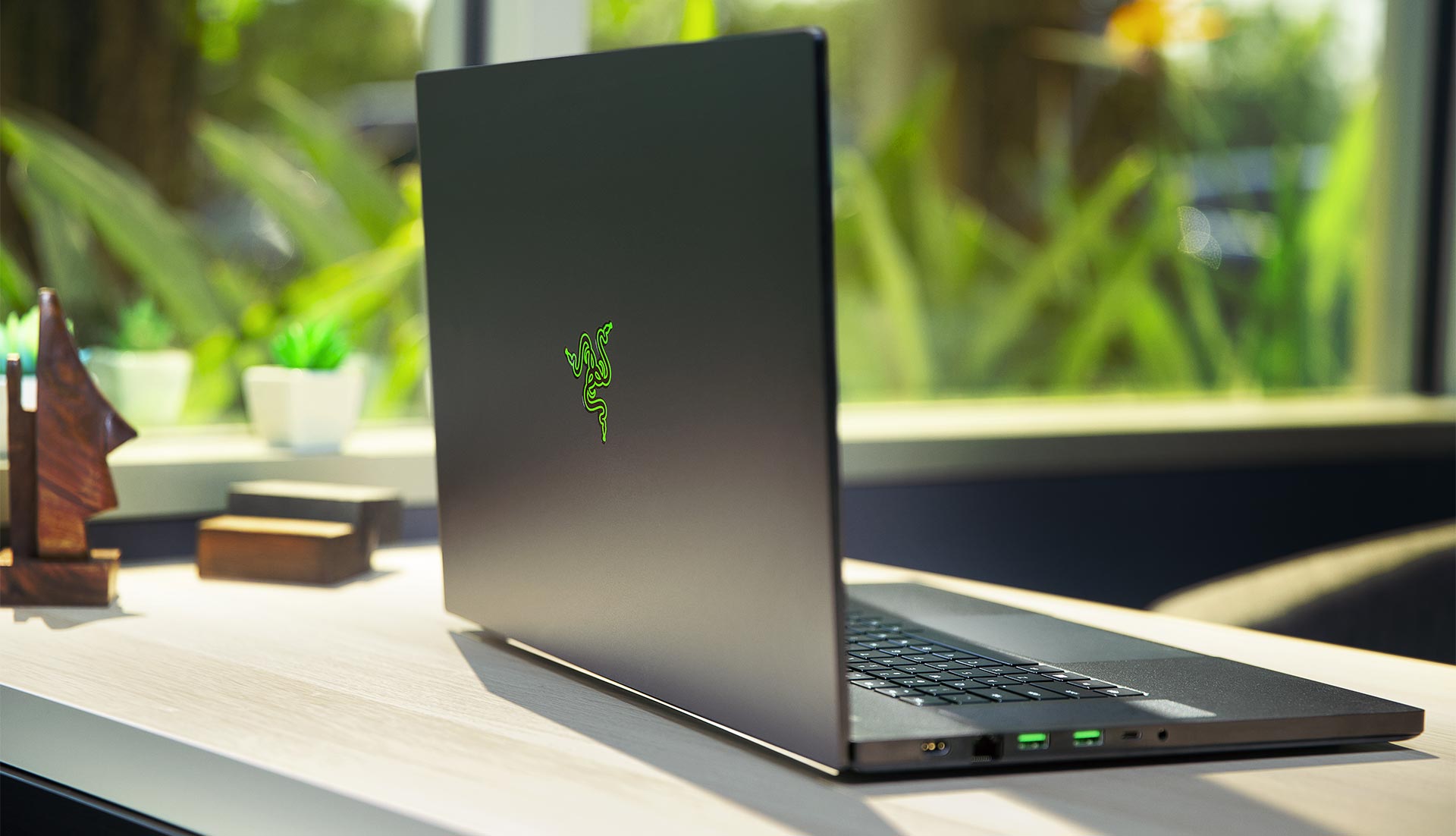 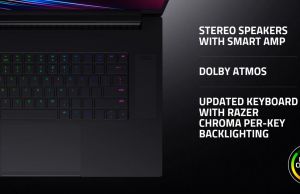 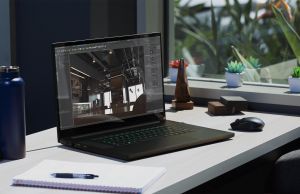 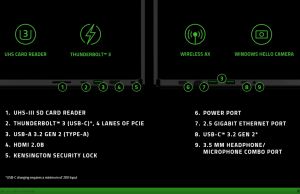 The webcam is also the same and still supports Windows Hello.  The trackpad, thankfully, is also the exact same as before.  Both of these features worked just fine before and didn’t need any updating.

On paper, The Razer Blade Pro 17 sounds like a great machine to buy.  You’re getting all the features that are offered in the Razer Blade 15, but in a 17” package.  And that 17” package is in a chassis that pretty much is the size of 15” laptops of a couple of years ago.  My thoughts are that most content creating professionals will prefer this model, especially those that are conscious about having a lot of screen real estate.

I still have to run some tests to see how this performs, but if it’s anything like last year, I’ll probably be recommending it to anyone interested in a portable, yet powerful 17 incher. The only hangup I have so far is the cost.  The base model starts at $2600, which includes a 2019-generation 2070 Max-Q GPU.  That price is the same as the RTX 2070 Super version of the Razer Blade 15, so consider that.

The 2080 Super model jumps to $3200, which is $200 more than a similar specced Razer Blade 15 and with a smaller SSD.  The top of the line RB17 with the 4k touchscreen is going to set you back a whopping $3800!  I’m not sure if it’s worth that price, but hopefully I can get my hands on a review sample and let you know.

I do wish there would have been a 2060 model though, as I think that would have been a nice low price option to have, especially with the new Dell XPS 17 coming out.  But perhaps Razer decided to omit this model option due to lack of sales in the previous years.

Either model you choose, you’re paying a small premium over the Razer Blade 15 models, so it’s really going to come down to what size laptop you really want and if you think it’s worth the extra money.  If Razer is your brand that is.  There is other 17” competition out there though, such as the Asus Zephyrus S17, Gigabyte Aero 17 or MSI GS75 Stealth, and you’ll probably be considering those options as many of them are far less expensive.  Razer usually shines in the design and build quality, as their unibody casing tends to feel more premium than other brands.

Also keep in mind that even though the cost is higher, it doesn’t necessarily mean that you’re immune to potential QC issues.   As with most brands, there are still numerous complaints from customers on varying issues such as loose keys, rattling fans, overheating and screen bleed.  Now of course some of these issues might just be inherent to the technology, but it’s important to be aware that they exist. 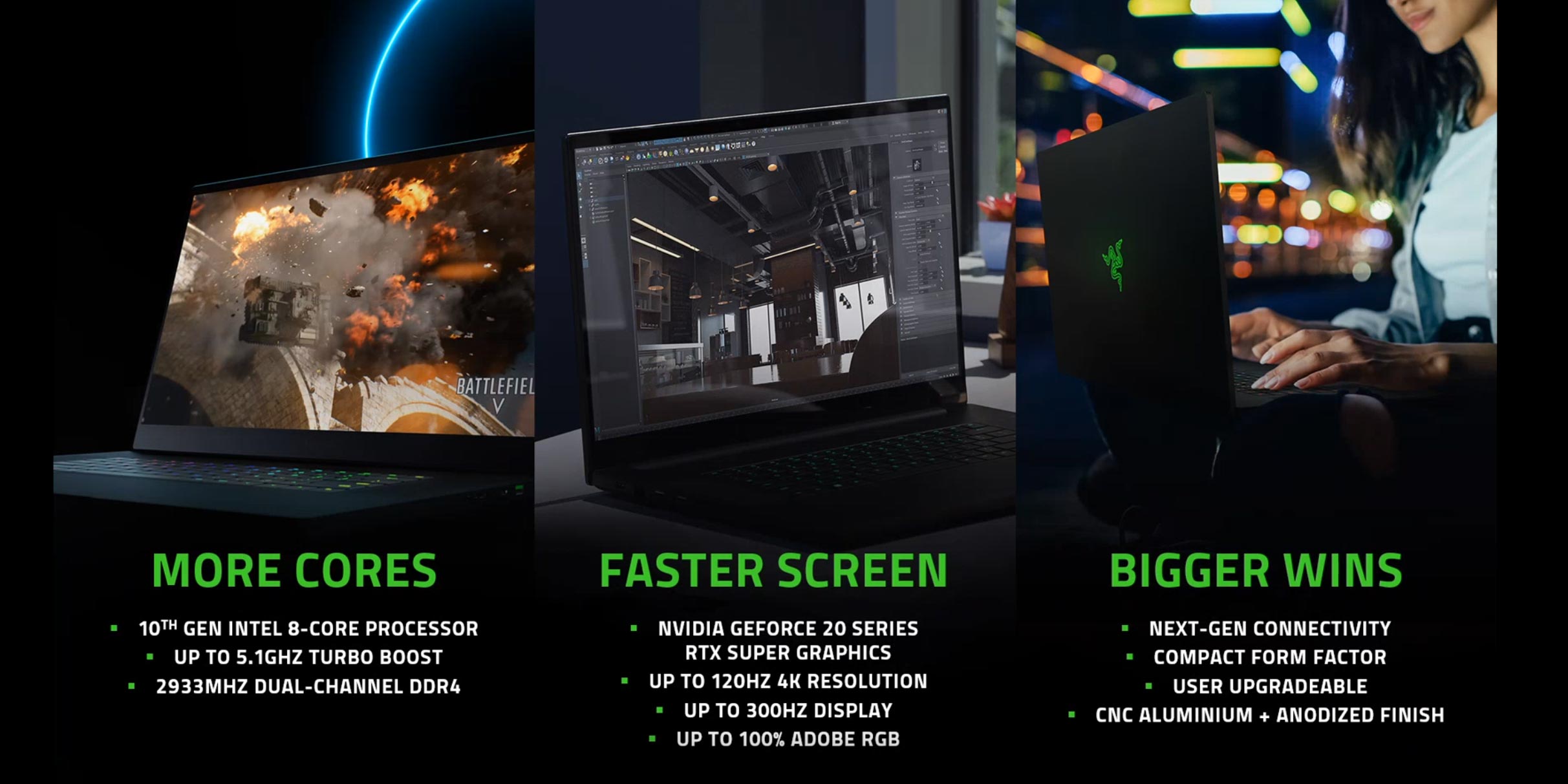 So that pretty much sums up what Razer is offering with the new Razer Blade Pro 17.  Hopefully, I’ll be getting a review sample soon so I can put it through some performance tests.  In the meantime, I’d like to hear what you all think.  Are any of these models something you’re interested in?  Let me know in the comments section below.

Disclaimer: Our content is reader-supported. If you buy through some of the links on our site, we may earn a commission. Learn more.
Derek Sullivan - Review Editor. In addition to being a tech enthusiast, I have a career as a biomedical engineer. I enjoy taking things apart, figuring out how they work, and finding ways to make them better. My other hobbies include spending time with my family, "Do it yourself" projects such as home automation, and running.
← Previous Story Razer Blade Stealth 13 review (Ice Lake i7-1065G7, GTX 1650) – a true gaming ultrabook!
Next Story → Asus ROG Zephyrus M15 review (2020 GU502LWS model – Core i7, RTX 2070 Super)