This year, the Strix G and the Strix Scar models are nearly identical designs, with only some minor aesthetic and specs differences between them.

At the same time, both are 16-inch and 18-inch chassis and exclusive Intel Raptor Lake platforms with Nvidia RTX graphics, unlike in the past, where the Scars were Intel designs and the Strix Gs were AMD. Both also get the same updated tri-fan 7-Heatpipe thermal module.

Well, while the specs sheets mention up to i9-13980HX and RTX 4090 configurations for both the Scars and the Strix G lineups, I expect Asus to list these top-tier i9 + RTX 4080/4090 configurations primarily on the Scar models, while offering the Strix Gs in a multitude of other mid-tier and even lower-tier specs, including Core i7 platforms with RTX 3050 to RTX 4070 graphics chips.

But how about AMD-based ROG laptops, if the Strix Gs are Intel now for the 2023 generation?

Asus are offering 2023 AMD platforms with Nvidia RTX graphics in the updated Scar 17 and Strix G17 models, which we’ll discuss in a separate article.

In this one, we’ll go over the two Asus Strix G16 and Strix G18 lineups down below, comparing them to their Strix G15/G17 predecessors (here’s our review of the 2022 ROG Strix G15), and then we’ll follow up with our in-depth reviews in the near future, once these are available in stores.

Update: Here’s our detailed review of the 2023 Asus ROG Scar 18 model, and we’ll follow up with our take on the Strix G models in due time.

These 2023 Asus ROG Strix G16 and Strix G18 lineups are pretty much identical in design, ergonomics, and functionality to the 2023 Asus Strix Scars that we’ve already covered in-depth in this other article. So head on over there for my in-depth impressions on the revamped 2023 chassis. 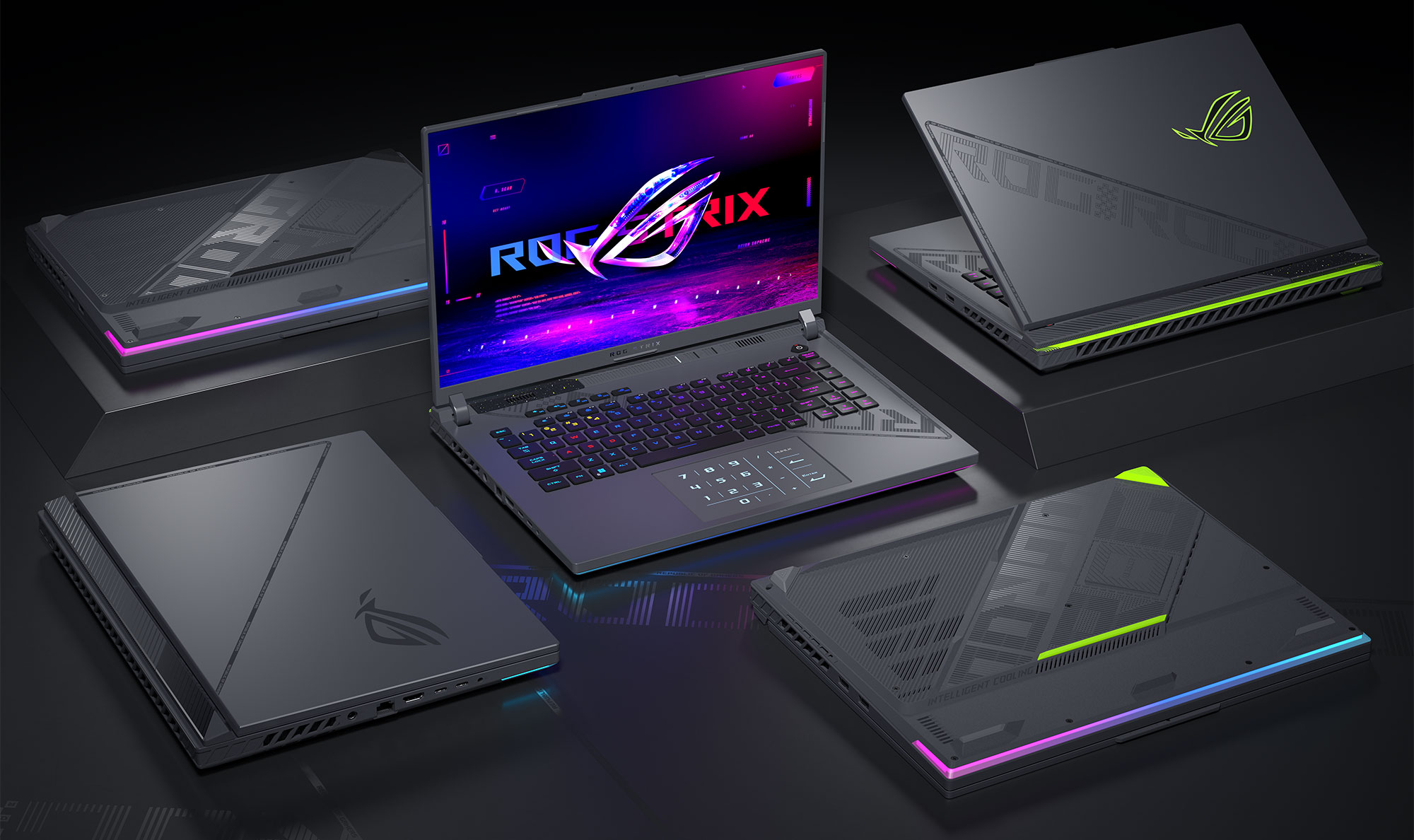 There are, however, a few differences between the Scars and the Strix Gs that you should be aware of:

These aside, the two are the same chassis, with the same keyboard layout and touchpad, the same 16:10 displays with an HD camera and microphones at the top, the same 4x set of speakers, and the same cooling module that occupies the entire back edge of the laptop, pushing the ports to the left and right sides. Those include USB-C and USB-A ports, HDMI 2.1, 2.5G Lan, and an audio jack, but no Lock or card reader. 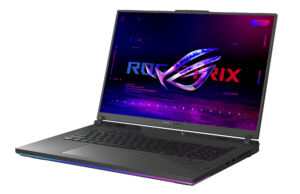 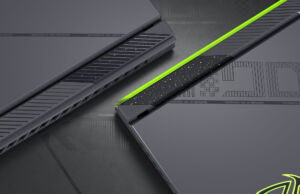 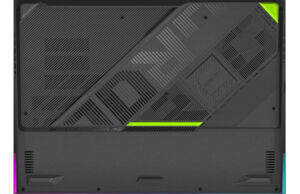 The latter is reserved for the higher-tier configurations.

Speaking of, for the 2023 generations, the ROG Strix G16 and Strix G18 are exclusive Intel designs with Nvidia graphics.

I wasn’t expecting this, given how the past generations were smartly differentiated between AMD+Nvidia on the Strix and Intel+Nvidia on the Scars, but that’s the way it is. In fact, Asus steered away from AMD hardware on a couple of other designs, such as the 2023 ROG Zephyrus G16 and ROG Flow X16.

Expect various amounts of memory and storage between them, but keep in mind that the base-tier RTX 3050 models will only ship with smaller 64 Wh batteries, while all the other variants will get the standard 90Wh battery available on most other ROG laptops.

Furthermore, both these ROG Strix lineups are an up to 230W total power crossload designs: 55W CPU + 175 GPU (for the RTX 4080 configurations). That’s identical to the higher-tier Scars.

Update: Here are the configurations available for the Asus ROG Strix G16 and Strix G18 (2023) series:

The mid-specced mid-powered configurations should run very well on the updated tri-fan thermal module implemented here, which is identical to the one implemented in the Scars, with the full-length Pulsar heatsink spreading across the entire back edge and the extra fan in the middle of the chassis, designed to pull in extra fresh air over the main components.

It also seems that you’re getting the top-tier Conductonaut Extreme liquid metal compound on these Strix Gs as well, unlike in the past, when it was exclusive for the Scars only.

Now, with the Strix Gs available in these mid-tier configurations, I would expect them to be far more accessible than the top-specced Scars. However, I doubt that these 2023 Strix G models will be as competitively priced as the previous generations were, as those 16/18 inch displays and the updated cooling will most likely add up to the cost.

Instead, the 2023 Asus ROG Strix G17 is most likely going to be the most accessible ROG laptop of this generation, an option to consider if you’re shopping on a lower budget or if you preffer AMD processors over Intel and don’t care much about the design and internal changes of the 2023 models. That’s because the 2023 Strix G17 is still built on the 2022 ROG Strix G chassis, with a standard cooling module and 17-inch 16:9 display options.

Anyway, we’ll know more about these laptops in a few weeks and I look forward to properly reviewing them and finding out how they fair in performance and overall behavior against the Scars and the previous ROG generations.

In the meantime, I’m looking forward to your thoughts on these 2023 Asus ROG Strix G16 and Strix G18 laptops, so let me know what you think about them in the comments section below.