Many consider the 2020 Lenovo Legion 5 the best-value gaming laptop of its generation, especially in the AMD Ryzen variants with higher-tier graphics. However, those configurations were not available worldwide, and only topped at Geforce 60 mid-level graphics, which did not suffice for some potential buyers.

That’s changing with the 2021 Lenovo Legion 5 update and especially the brand-new Legion 5 Pro, a beefier iteration with more powerful specs and a quad-fan thermal design to match them.

This article down below gathers our early thoughts on these updated Legion 5 lineups, and is a work in progress as we’re filling up the blanks.

In a few words, the 2021 Legion 5 series is mostly a hardware update of the 2020 generation, bumped to AMD Ryzen 5000 hardware and Nvidia RTX 3000 graphics. The Legion 5 Pro, on the other hand, is different in a couple of ways. Lenovo went with a slightly more gaming-oriented design that reminds of the previous Y series of laptops from 2018, with a backlit Legion logo on the lid, opted for a 16-inch QHD 165 Hz display, a thicker chassis, and a different internal design, meant to accommodate higher-tier specs.

For now, here’s a specs sheet of the Legion 5 Pro and Legion 5 models, based on the little we know so far, and we’ll update as we dig out more details. Note that while the standard Legion 5 models are available in either 15 or 17-inch FHD 16:9 versions, the 5 Pro is only available with the newer 16-inch QHD 16:10 display.

Aside from the hardware update, these 2021 models get a slight change in IO and several different screen options, all FHD 16:9 just as before. Lenovo did change the color options, with these 2021 models now available in either Phantom Blue or Stingray White.

Back to those specs, Lenovo only announced AMD-based models for now, but I’d reckon Intel variants will also be available later on (either with Comet Lake H or once the Tiger Lake H chips become available around Spring 2021). As far as the GPU options go, we’re still waiting for confirmation, but I’d expect the standard Legion 5 .

Update: RTX 3070 115-130W configurations of the Legion 5 have been listed in several regions. Those are more powerful than I was expecting. 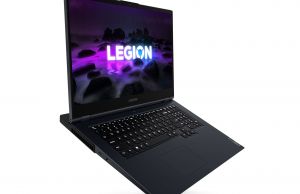 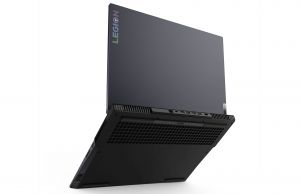 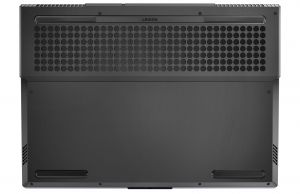 Even higher power RTX 3060/3070 125-140W graphics will make it into the Legion 5 Pro models, as suggested by the fact that these ship with a 240/300W power brick by default. The 5 Pro is also slightly thicker and gets a quad-fan thermal design, paired with Lenovo’s new Legion AI Engine, an AI optimized software suite that dynamically juggles the CPU/GPU power-settings in order to improve the performance in AAA games (this software package will be available across the entire 2021 Legion lineup). Gigabyte have been using similar AI features in their laptops, not to the greatest success, though, and I wonder what Lenovo were able to achieve here, with their much heftier R&D budget. The official literature also mentions GSync support for the 5 Pro, but take this with a grain of salt until further clarified.

I was also eager for a more in-depth look at this quad-fan cooling module, but Lenovo haven’t provided any pictures for now. 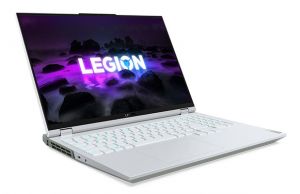 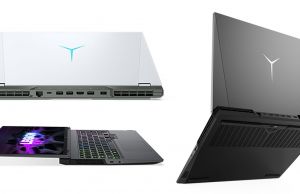 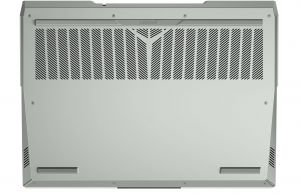 While the press release doesn’t specifically cover this aspect, I’d reckon the 5 Pro is still a plastic build, Lenovo keeping the higher-quality construction exclusive for the Legion 7 lineup, which also gets RGB lightbars. I’d also reckon the inputs haven’t changed from the standard Legion 5 models, with the full-size keyboard available with different kinds of illumination (white, blue, or 4-zone RGB), but the Pro has received a more spacious clickpad.

The IO is mostly lined on the rear of the 5 Pro, like on all the other Legion models. There’s everything you’ll need here, except for Thunderbolt support or a card-reader. In fact, you’ll only get a card-reader on the 17-inch Legion 5, but not on any other 2021 Legion. As a side note, the specs hint that USB-C charging is now supported by both the Legion 5 and 5 Pro lineups, unlike with the 2020 generations.

Disclaimer: Our content is reader-supported. If you buy through some of the links on our site, we may earn a commission. Learn more.
Andrei Girbea, Editor-in-Chief of Ultrabookreview.com. I've been covering mobile computers since the 2000s and you'll mostly find reviews and thorough guides written by me here on the site.
← Previous Story Lenovo ThinkPad X12 2021 tablet/detachable – Surface Pro on steroids
Next Story → 2021 Lenovo Legion 7 – top gaming laptop with AMD Ryzen, RTX 3080 & 165Hz QHD screen