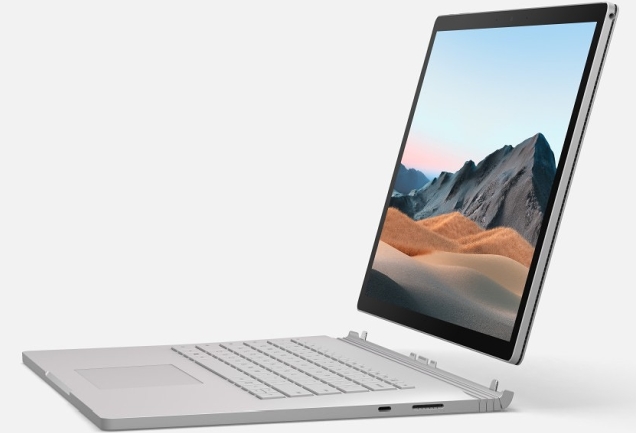 I was excited at first when I saw that Microsoft had announced their new round of Surface line of computers — until I saw the details. The updated Surface Go is indeed a nice bump, as the form-factor of the Surface 3 made it one of my most “fun” computers, but the Surface Book 3 really gives me a sinking feeling. Let me explain why.

It was 2015 when Microsoft announced the company’s first true “laptop” (as opposed to Surface tablet), the Surface Book. The market for hybrid/2-in-1 devices was very much undeveloped at the time, and Microsoft was leading the way with their undeniably innovative reference designs for both Surface and Surface Book devices.

Despite the usual first-gen product bugs and hitches, critical reception was quite positive due to the novel design, battery life, and flexibility offered. There just weren’t many other laptops at the time that offered a reasonable solution for people who wanted both a laptop and a tablet.

The Surface Book 2 kicked things up a notch in 2017 with the addition of a powerful (at the time) 15-inch variant with Nvidia’s GTX 1060 Max-Q GPU and a U-series quad-core hyperthreaded CPU, making gaming a real possibility on such a unique form-factor. The SB2 was still a bit big and clunky for its specs, and the it suffered from some design flaws such as (still) no TB3, draining the battery while plugged-in and gaming as well as its eye-watering price tag — but if you liked the idea of having a laptop that could also be a tablet AND could play some games or edit video on, there was not much other competition. 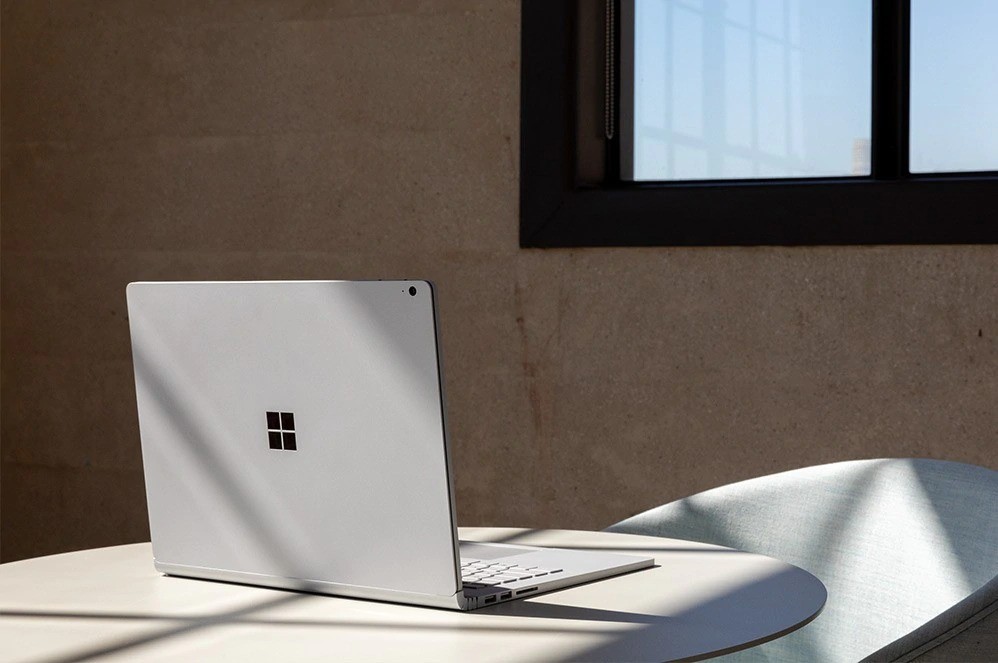 The Surface Book still stands out with its unique design. But has it reached its limits? (Source: Softpedia.com)

If you look at the full list of specs for the SB3 (13 and 15-inch here), they don’t look too bad. Both models are getting the obligatory upgrade to Intel’s 10th-gen Ice Lake CPUs with improved IRIS graphics (i5-1035G7 as an option for the smaller 13-inch model, and i7-1065G7). On the dedicated GPU side, it’s been kicked up to an GeForce GTX 1650 for the 13-inch and GTX 1660 Ti Max-Q for the 15-inch. Compared to the SB2’s Nvidia GTX 1060 Max-Q, that should mean an additional 10% in graphical performance. Those aforementioned IRIS graphics should also mean 50% better-integrated GPU performance. The GTX 1660 Ti Max-Q is a bit stronger than the GTX 1650, but you can expect CPU performance to be equal between smaller and larger sizes, meaning you are going to be getting less for your money with the 15-inch SB3 versus the 13-inch in comparison to the 15-inch vs 13-inch SB2.

Unfortunately, that’s about it for the SB3’s upgrades. The 15-inch model only has the option for quad-core Ice Lake CPUs, just like the 13-inch version. There’s not just no 6-core H-series CPUs, but not even 6-core 10th gen U-series CPUs like the i7-10710U. Instead, Microsoft has opted to jump on the Intel-pushed Ice Lake bandwagon, for better and worse. For comparison, the i7-9750H trounces the i7-1065G7 soundly in all but the most specific single-core operations. But so does the 25W i7-10710U, found in Dell’s 2019 XPS 13.

There’s a good reason MS didn’t use an H-series CPU in their 15-inch SB3, however: Because the device is a detachable, the CPU, memory, and storage are kept in the tablet portion — right behind the screen. Given that Intel’s H-series are notoriously power-hungry and hot, it would be nearly impossible to properly implement such a CPU in this form-factor. But even a 6-core U-series CPU would still be better for most people opting for the 15-inch option, as those extra cores are valuable for media work. Couldn’t MS have offered the 6-core 25W i7-10710U as an option, so we wouldn’t be paying north of $2100 USD for a 4.2lb 15-inch quad-core laptop in 2020?

This third iteration of the Surface Book line has (I think) revealed the corner that MS has designed themselves into. It’s quite ingenious to have the GPU and its cooling in the keyboard deck, but such a feat is not possible for the CPU. And while the design is unique, it’s now more and more apparent that it’s a bit questionable, as well. There are few manufacturers still making “detachable” style hybrids, and for good reason; they’re complex to design, easier to break, less upgradable, and simply clunkier than swivel-hinge devices like Dell’s 2-year-old XPS 15 9575. With it’s chunky bezels and dimensions, high price tag, lack of TB3, and quad-core CPU, the Surface Book 3 looks like the last update to a product line Redmond just doesn’t care too much about anymore. 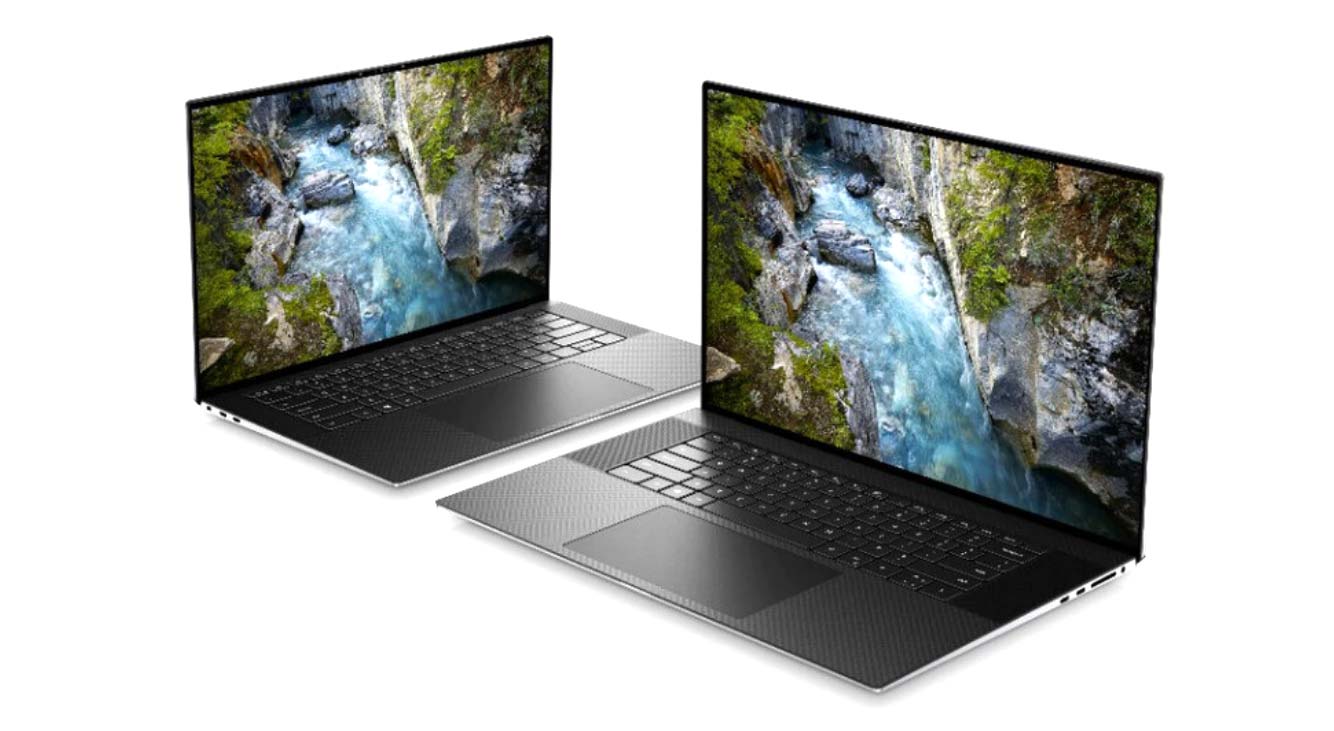 For “luxury” laptop buyers, Dell’s upcoming XPS 15 9500 might not have a detachable display, but it offers much faster CPU and GPU performance, a 16:10 touch-enabled display as well, sleeker design, TB3, and the ability to upgrade RAM and storage. It’s also likely going to be much cheaper than the 15-inch SB3 with dedicated graphics. For  people who need hybrid form-factors, Dell also has the cheaper XPS 13 2-in-1, and more feature-rich and practical Latitude 7xxx series 2-in-1, too. Given the state of the economy and lack of advancements from Intel and Nvidia (not to mention Microsoft themselves) in the past 1-2 years, I just can’t see the SB3 performing well in such a competitive market. From here, it looks like Redmond needs some fresh blood (or maybe just a little kick in the pants). :)

I am totally off the mark? Are you excited about the new Surface Book 3? Let us know in the comments!

Disclaimer: Our content is reader-supported. If you buy through some of the links on our site, we may earn a commission. Learn more.
Douglas Black is a Technical Writer, Analyst, Teacher, and DJ currently based in North Carolina.
← Previous Story Lenovo ThinkPad T14s, T14 and T15 update on popular T490s, T490 and T590 business notebooks
Next Story → Technically Incorrect Ep. 5 – 2020 Dell XPS 15/17, 2020 iPhone SE, Which Tech Giant is Least Evil, and more