Must-have Windows Apps and Utilities for 2022

If you’re using a PC these days for gaming or office work, chances are you’re pushed into using Windows 10. While Microsoft boasts “Windows 10 is getting better all the time” (and, hey, it is definitively an improvement from Windows Me in most areas), it still has more than its fair share of bloat, idiosynchronacies, and privacy issues.

That’s why it’s important to use third-party applications to add crucial missing features and curb the worst transgressions of Microsoft’s Windows 10.

The following article is a short list of my essential utilities, ones that have come most in handy for me over the past decade as an IT professional, technology journalist, and lecturer. The utilities are not listed in any particular order, but have been selected because I have found them all necessary to perform vital functions absent from stock Windows on a relatively frequent basis.

Beneath each heading is a brief description of the application’s key function along with my personal notes on it and a screenshot. Click the app’s name in each section heading for its most direct download link. 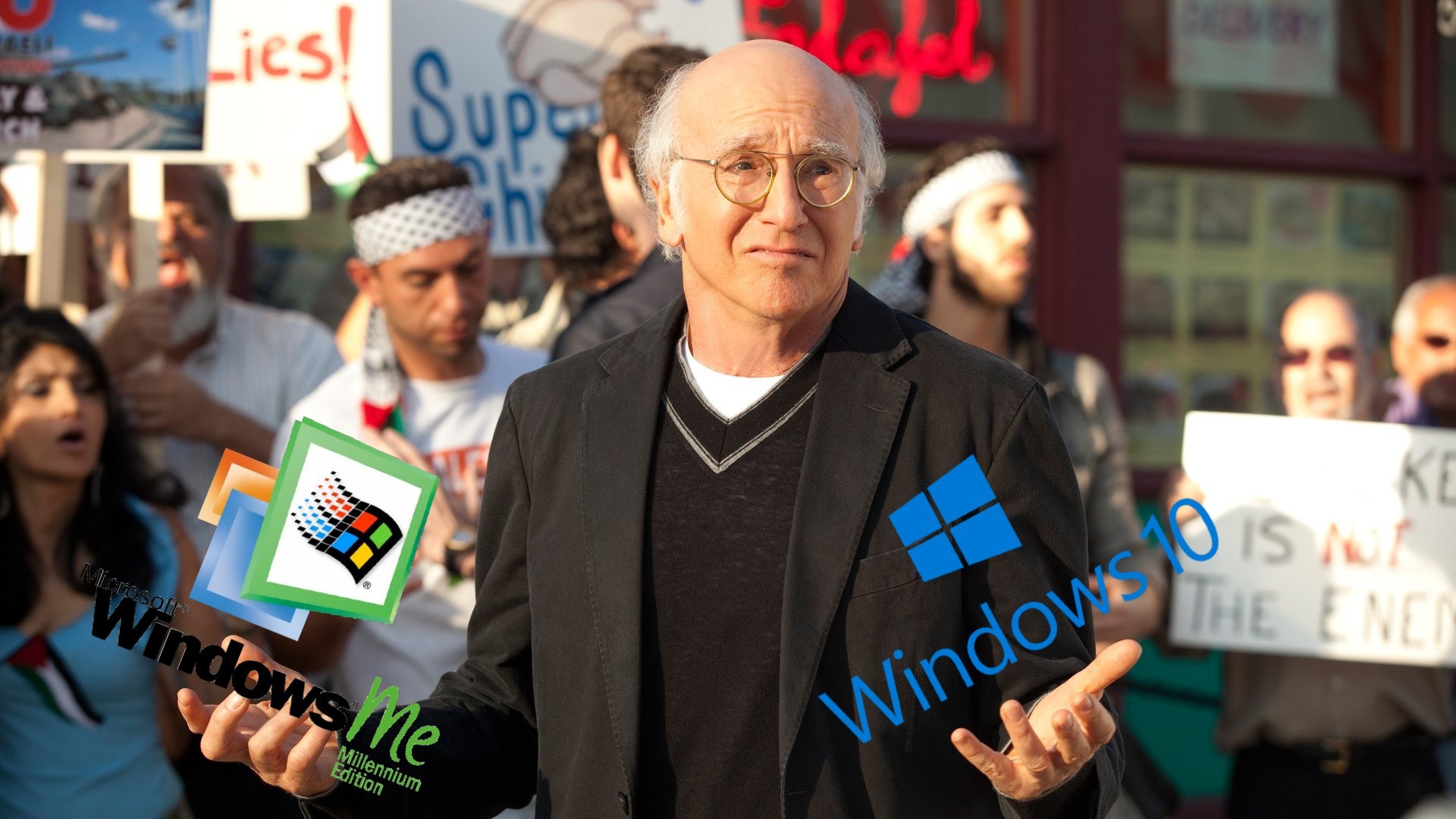 “Windows 10: It’s better than nothing!” — Microsoft (Image credit: own)

In the digital realm, there’s nothing more important than your data, and there’s nothing worse than losing it. Macirum Reflect is a user-friendly and functional way to backup, restore, or recover images of partitions or entire disks. One of my favourite features is its built-in recovery disk creator, which allows the creation of a USB recovery disk running its own version of Reflect to allow recovery or other work from a standalone environment.

The one downside is that a license for Reflect costs a bit of money if you want all the features, but, honestly, I think it’s worth every penny for personal use: I have saved hundreds of hours of my life by using Reflect to restore disk images onto new machines rather than setting everything up again.

If there’s one legitimate criticism about Windows 10, it’s that a lot of the agency and control have been taken away from the end user. We can’t stop Microsoft from pulling personally identifiable data and usage analytics from our machines, or stop automatic software updates without editing the registry and accidentally breaking everything… or can we? Windows Privacy Dashboard is an essential because it makes the process of blocking telemetry IP addresses, automatic updates, and managing other system-wide privacy settings quick and easy. Each setting is explained quite clearly and simply, so even relative novices will be able to figure out what settings they’d like to change in within a couple of minutes. This is one of the first apps I install on my PCs.

Windows 10 has a built-in voice recorder app, but there’s no built in sound-editing tool. Thanks to <UNSPECIFIED VIRUS OF UNKNOWN ORIGIN>, more people are recording audio than ever these days for meetings or podcasts. When you’re preparing audio for upload, you want it to be as clean as possible, and so it’s very helpful to be able to normalize volume, combine clips, and reduce noise. Thanks to Audacity, an open-source audio editor, this is all quickly and easily done through an intuitive UI. Don’t forget to download the LAME MP3 encoding DLLs to enable exporting your audio as MP3s!

For years I used to use Notepad to jot down ideas, copy and paste text, or as a scratchpad to keep multiple pieces of information on hand. But Notepad has downsides: it doesn’t save anything automatically (I wish I had $10 for every time Windows crashed and I lost unsaved information in notepad) and it’s extremely feature-bare. Do yourself a favour and replace it with Notepad++. Notepad++ is the ultimate text editor/coding/idea jotter/scratchpad application. It auto-saves, has line numbers for looking at code or referencing text, a cool autocomplete feature that will save you from retyping previously entered text values, full customization, and much, much more. Best of all, it’s available through the GNU license and is completely free!

Notepad++ is one of those apps that you didn’t know you needed, but once you use it, you can never go back.

IrfanView is an oldie and a goodie: it’s an incredibly fast, lightweight, and portable image viewer and editor. If you ever need to resize, convert, or tweak an image, IrfanView is for you. It is my go-to for pasting in copied images, cropping, color/contrast adjustment, and exporting to different file formats or targeting limited file sizes. The one thing IrfanView doesn’t do is sketching/mark-up, however — you’ll still need paint (or Pixlr) for that.

Intel may be disabling undervolting due to the plundervolt vulnerability, but older Intel PCs are still capable of being undervolted. If you have a 9th gen CPU or earlier, chances are that you will be able to benefit significantly from using Throttlestop to reduce temperatures and power consumption and increase performance and increase battery life. Grab Throttlestop and follow our guide here if you aren’t running it already!

If you are interested in running other operating systems on your PC, you’ll probably need Rufus. Rufus is an app with a GUI (many formatting utilities are command-line only) that allows the quick and easy creation of bootable USB media. Whether you want to make a bootable Windows or Linux disk, flash a BIOS, or run a low-level utility, Rufus is incredibly handy to have around. In fact, I make a point to always have a spare USB boot drive on me, just in case I accidentally bork up my system (or an automated Windows update bricked it).

Windows 10 includes a fairly basic ZIP utility, but there’s a lot it won’t do. It can’t deal with a lot of filetypes, chief among them being 7z files. You might not come across 7z files (an improved compression standard) every day, but when you do, you’ll need an app like 7-Zip to handle them. There are a lot poorly made apps on the Microsoft store, but I would avoid them in favour of grabbing 7-zip app from the website. It’s well integrated into the shell, is open source, and has a clean interface. It will never get in your way when you don’t need it, but it will be there for you when you do.

Need to know what the full model name of your SSD or wifi card is? Want to find out at what temperature your CPU throttles at? Can’t remember which model of soundcard or motherboard are? Not sure how many PCI-e lanes you have? HWiNFO is a very handy utility with a fairly intuitive UI that will help users get the information they need about their system whether they are just getting into tweaking/troubleshooting or are seasoned experts. HWiNFO is the king of realtime system monitoring.

Do you really need Anti-virus software in Windows 10? Windows Defender is fairly effective and much less intrusive than third party solutions, and experts generally agree that safe computer use habits along with Defender are pretty much all you need. However, sometimes we might slip up and let something onto our PCs that we shouldn’t, and that’s when you might need a little help or reassurance. Malware Bytes Antimalware works as both third-party virus security and as a manual tool for in-depth scans. I personally don’t let it run at start-up, but I do use it to manually scan every few months, just to make sure nothing is there that shouldn’t be. If you only have Windows Defender, go on and download Malware Bytes Antimalware. It’s right here: notavirus.exe

This includes my list of handy apps for general-usage. There are lots of other apps I use for music and video editing (Mixed-in-Key, Mp3tag, Davinci Resolve, etc.), but I think they are a bit beyond the scope for a “must-have apps” article. Are there any apps or utilities you install immediately on a new computer that I missed? Let me know in the comments!

Disclaimer: Our content is reader-supported. If you buy through some of the links on our site, we may earn a commission. Learn more.
Douglas Black is a Technical Writer, Analyst, Teacher, and DJ currently based in North Carolina.
← Previous Story I bought a Microsoft Surface Duo – my thoughts (review)
Next Story → Microsoft Surface Pro 8 (13″ 120Hz screen, Thunderbolt 4) – vs Surface Pro 7