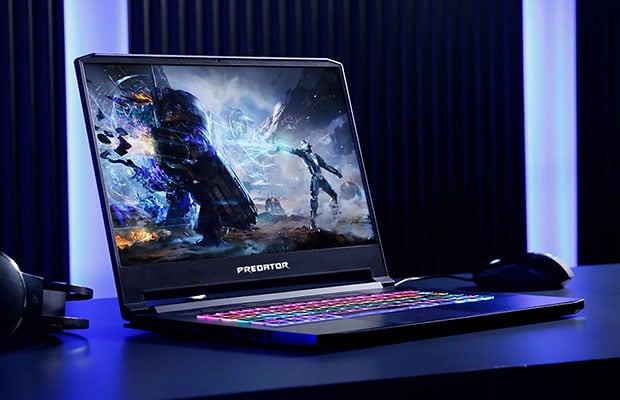 Shyly, Acer also announced some of their updated plans for 2020, with new versions of the Predator Triton 500 ultraportable and the mainstream Nitro 5 gaming notebook in the works, and scheduled in stores for around April/May.

Surprisingly, no word on the highly-popular Predator Helios 300 lineup for now, or the mir-range Triton 300 or Nitro 7 models.

Much as expected, the Triton 500 and Nitro 5 build on the existing chassis from 2019 and get a hardware bump to Intel 10-gen Core H hardware, newer generation graphics from Nvidia, faster wireless and improved screens, among others.

Update: Our detailed review of the Predator Triton 500 PT515-52 is available over here.

The details are still scarce and we’re filling up the blanks as we go, but here’s what we know so far about these 2020 Acer updates.

I’m still waiting on clarification regarding whether 8Core Intel processors are an option on this laptop and whether the RTX 2080 Super is the 80 or 90W implementation. Update: Yes, the i7-10875H is an option here, alongside the 6Core i7-10750H, and the RTX 2080 implementation allows up to 100W on the Extreme Overclocked profile. We were confirmed that the keyboard supports per-key RGB with this generation, and it’s not the 3-zone RGB version from the 2019 model.

Update: Our detailed review of the Predator Triton 500 PT515-52 is available over here.

Acer does emphasize on a redesigned thermal module for the 2020 update, and that’s great news, considering the 2019 iteration ran among the hottest and noisiest in its segment. Of course, the claims need to be verified in our detailed review, but the redesign includes three 4th gen AeroBlade fans and five heatpipes, in what Acer calls the “Vortex Flow technology”. The literature also mentions an up to 45% increase in airflow, but once you read the fine print you’ll see that’s “When compared with a plastic fan” and not with the 2019 Triton’s thermal module.

For what is worth, the previous model used a 3-fan/4-Heatpipe implementation, so I expect the design is at least slightly revamped for the 2020 variant. 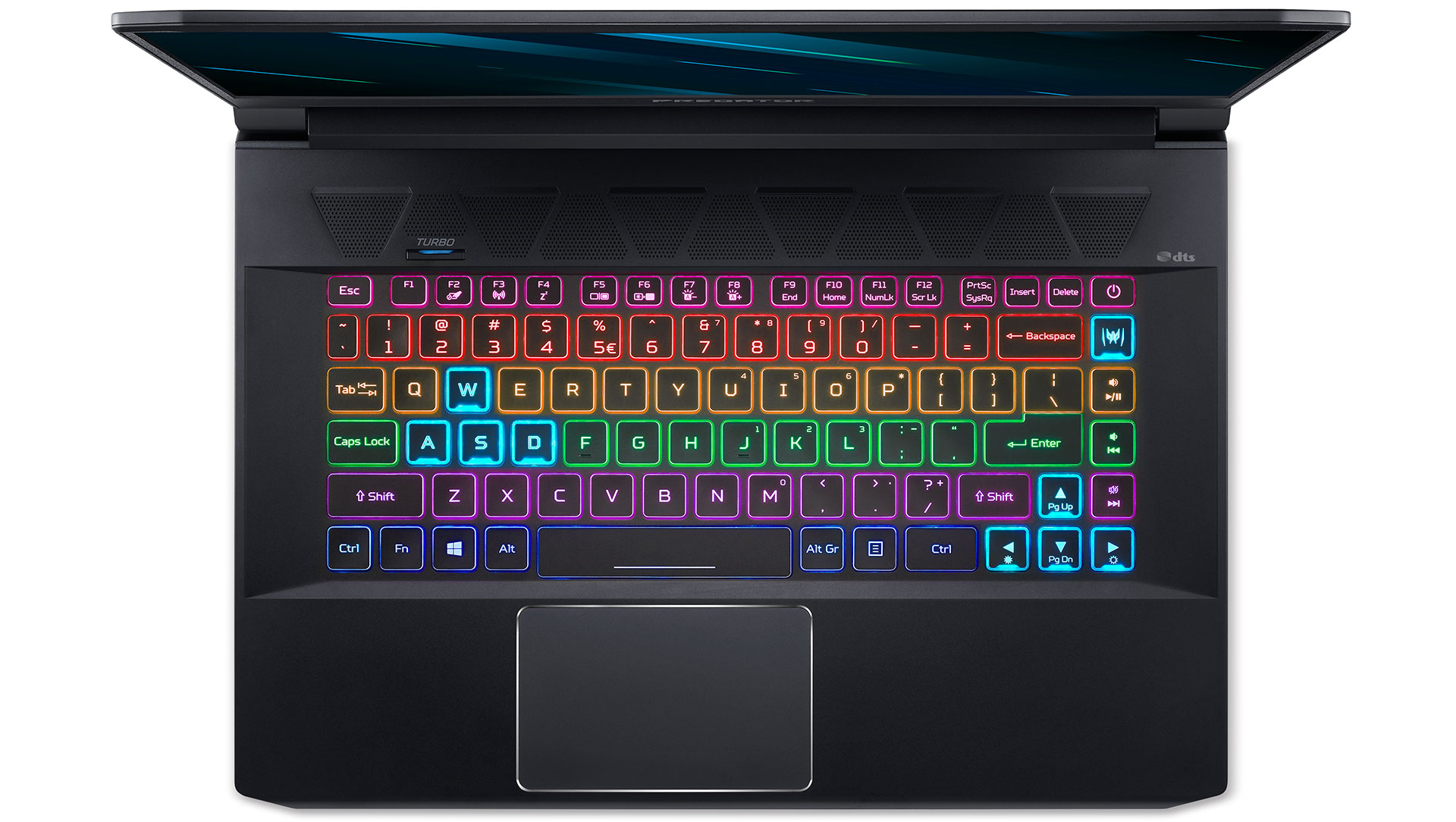 Oh, no word on whether the motherboard is still placed upside down and you need to take it out in order to access the RAM slots and the SSDs, but given the chassis is the same, I don’t think that’s changed either. That would make the 2020 Triton the most difficult to upgrade among all the ultraportables, now that everyone else has switched to a more traditional design, including MSI with their latest Stealth.

This aside, it’s worth noting that the Triton 500 still offers the dual GSync/Optimus mode, but in the previous-gen implementation that requires to exclusively choose one over the other and restart the laptop to apply the change, and not the novel Advanced Optimus technology from Nvidia, which allows the system to automatically juggle with the iGPU/dGPU signal on the fly.

Finally, the Predator Triton 500 is set to start at 2199 USD in the US and 1899 EUR in Europe, and scheduled for around May 2020. That high US pricing suggests an RTX 2060 version might no longer be available over there, and that’s odd, considering the current Triton 500 always had the pricing on its side as the most affordable 15-inch performance ultraportable of its generation, and is still available at the time of this post for under $1500 for the i7/RTX 2060 version and around $1800 for the RTX 2080 model. 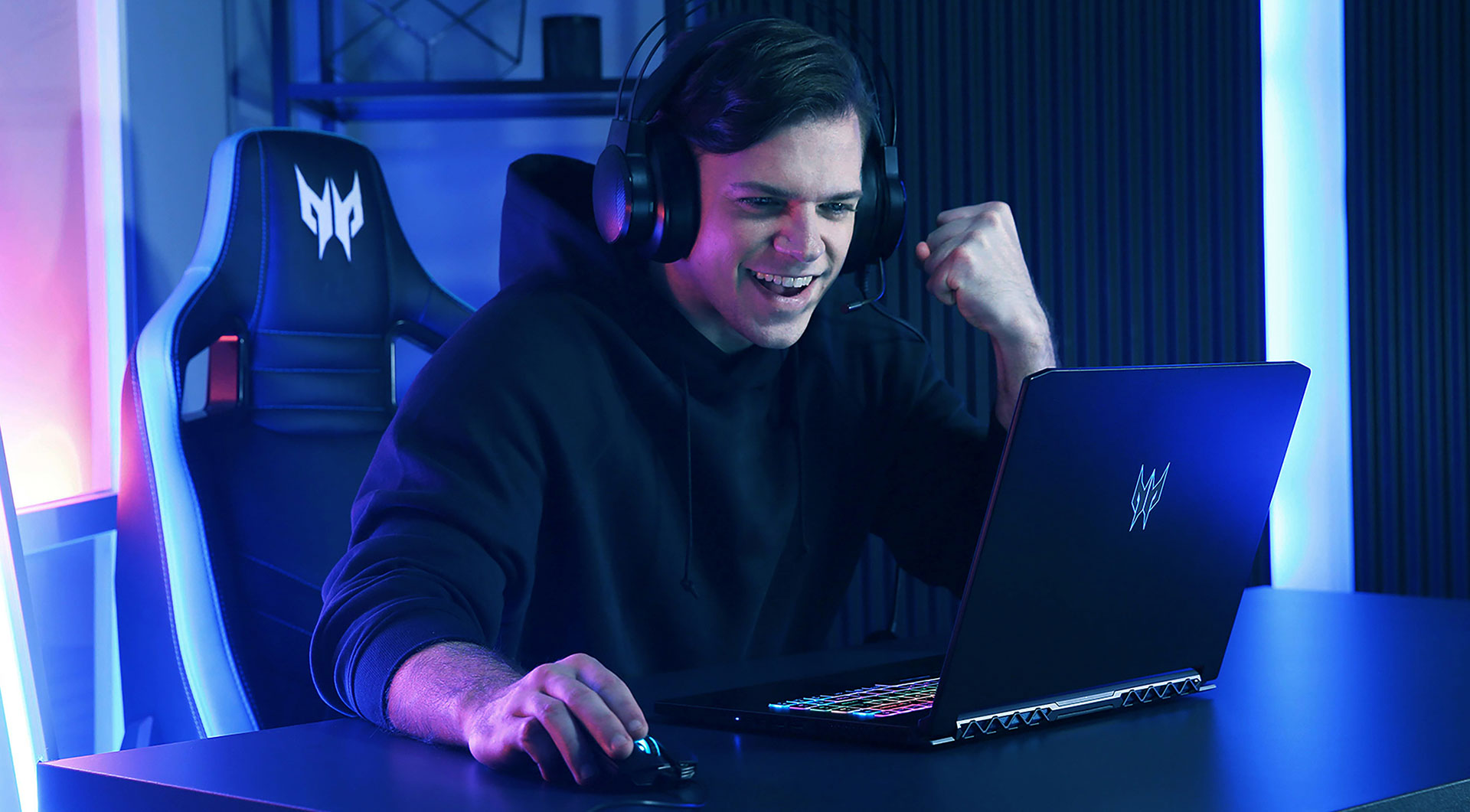 The Nitro 5 is Acer’s highly competitive option in the lower and mid-range segment of performance laptops, great for school and e-sports gaming.

Just like the Triton 500, the 2020 Nitro 5 AN515-55 is built on the same chassis as the 2019 version, which means plastic is used for much of the construction, but the build quality is alright for the class and the entire thing is compact and lightweight.

Nitros excel at the solid specs offered for a limited budget, and the 2020 update gets a bump to Intel 10-gen hardware, with options for either a Core i5-10300H or an i7-10750H, as well as faster DDR4 2933 MHz memory and new graphics options, with the updated GTX 1650/1650Ti options for the entry-level configurations, and the GTX 1660Ti and RTX 2060 for the higher-tier versions. Furthermore, the WiFi connection has also been updated to an AX module from Killer.

Acer also offers a few different screens and keyboard options on this Nitro 5 generation. Lower-tier configurations get the standard red-backlit keyboard and a 120 Hz IPS-like screen, while higher-tier versions get a 4-zone RGB lit keyboard and a slightly better 144 Hz IPS display. Don’t expect much in terms of panel quality though, this is the primary feature you’ll have to compromise on when going with a device in this segment, and you pretty much have to go up one tier to the Helios 300 for a nicer panel with superior brightness, contrast, and colors. 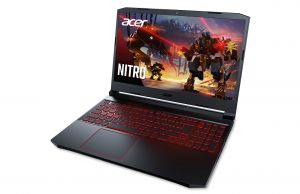 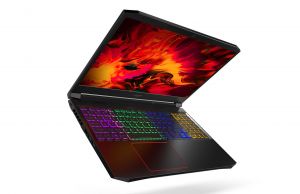 We’ll update once we know more, and look for our detailed reviews in the months to come.

Disclaimer: Our content is reader-supported. If you buy through some of the links on our site, we may earn a commission. Learn more.
Andrei Girbea, Editor-in-Chief of Ultrabookreview.com. I've been covering mobile computers since the 2000s and you'll mostly find reviews and thorough guides written by me here on the site.
← Previous Story ASUS TUF Gaming A15 FA506 review (FA506IV model – Ryzen 7 4800H, RTX 2060 90W)
Next Story → Single channel vs dual-channel DDR4 RAM on the AMD Ryzen 4800HS platform (Zephyrus G14 GA401)