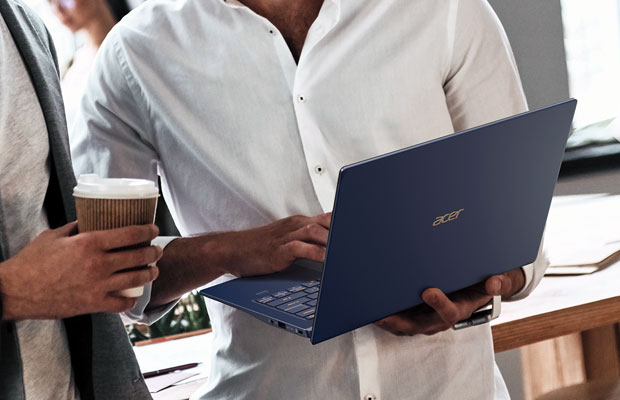 Acer offers some of the best-value ultraportable gaming laptops on the market with their Predator Triton lineup.

We’ve reviewed the competitive Triton 500 earlier this year, and that’s been updated for Q4 2019 with a brand-new 300 Hz display. However, the important novelty for the end of this year is the addition of a new entry-level Triton model at IFA in Berlin, the Predator Triton 300 PT315-51.

Switching our attention to the ultrabook segment, Acer also updated the Swift 5 and 3 series for the end of the year, with the latest 10th gen Intel Core U Ice Lake hardware and a few other tweaks.

Down below we’ve compiled the main traits and features of these products, our first hands-on impressions, as well as our thoughts on where they within the existing market. The article is developing as we’re gathering more info here on the show floors of IFA, so look further for updates.

On a first look, this Predator Triton 300 looks like a mix-up between Acer’s Nitro 7 and the Predator Helios 300 notebooks, both previously reviewed here on the site.

It gets a black aluminum chassis with blue Predator accents and branding elements, just like the Helios, a very similar set of ports and pretty much the same zoned RGB keyboard, the same clickpad, and the same 144 Hz IPS screen.

On the other hand, hardware-wise this is more closely related to the Nitro lineups, with Core H Intel processors and triple storage, but only a GTX 1650 Nvidia GPU. That suggests it is meant to compete in the lower price brackets, as one of the more affordable gaming laptops in Acer’s offer.

What’s still unclear at this point is whether the Triton 300 gets the thermal module from the Helios 300, or the older design from the Nitros. I’d go with the former variant, which should ensure excellent thermals and performance on a GTX 1650 configuration, but that needs to be confirmed.

I’ll also try to find out more about Acer’s positioning for this product. My feeling is that it’s meant to slot between the Nitros and the Helios 300, but that’s a very narrow niche, especially with the existing i7/ GTX 1660Ti variant of the Helios 300 often available for around $1000 at sales.

Update: Looks like I was wrong, the Triton 300 actually borrows the thermal design from the Nitros. I haven’t yet opened it up, but one of the pictures below show that the fans are grouped on one side, and the components on the other. You should read our review of the Nitro 7 to see how this sort of implementation handles an i7/GTX 1650 configuration. 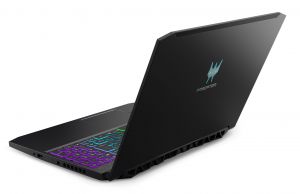 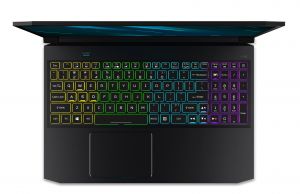 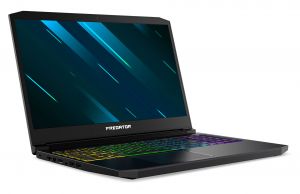 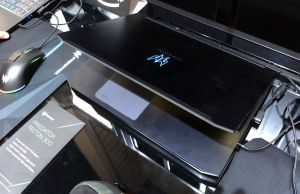 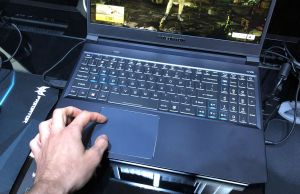 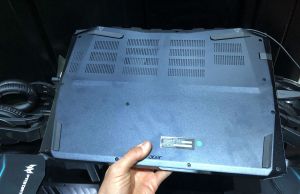 With the launch of Intel’s Comet Lake 10th gen platforms, most OEMs are bringing their ultrabooks up-to-date for Q4 2019.

Acer started with their 14-inch models, updating both the ultraportable Swift 5 line and the value-oriented Swift 3 model. Here’s a quick specs sheet of the two.

Much like its predecessor, the updated 2019 Swift 5 remains one of the lightest 14-inch notebooks on the market, at just under 1 kilo (2.2 lbs).

That’s possible due to the fact that magnesium-lithium and magnesium-aluminum alloys are used for the outer shell, allowing for a sturdy and still lightweight build. Unlike the previous variant, though, the Swift 5 SF514-54 is available in either White or Blue, as you can see in the pictures below.

The hardware has been updated to late-2019 level as well, with 10th gen Intel processors, LPDDR4X memory, PCIe x4 storage, and an optional Nvidia MX250 graphics chip, alongside the Iris Plus GPU integrated within the Ice Lake processor. There’s also dual-band Wireless 6 AX connectivity this time around.

We’ll further talk about this product in our future review, with details on the screen quality, performance, thermals and acoustics, aspects that have been fairly problematic on the previous 14-inch Swift 5 generation, and hopefully, have been addressed with this revised variant. 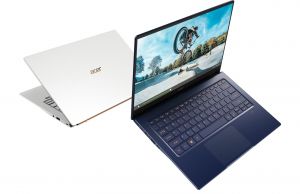 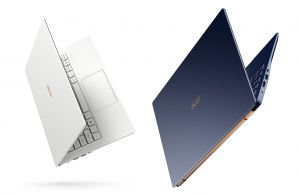 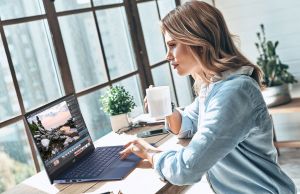 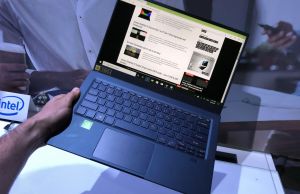 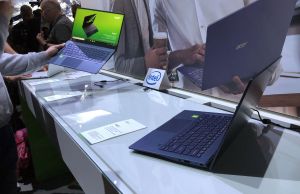 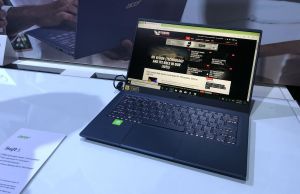 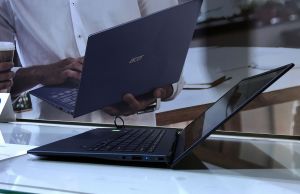 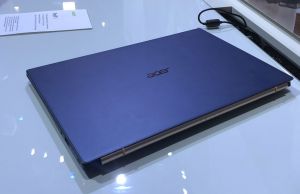 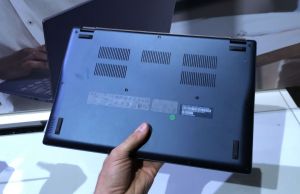 It’s not as thin or as compact or as light as the Swift 5, but it’s significantly more affordable and only compromises in the screen department, as you can see from our detailed review.

I would have expected perhaps some compromises in the IO or wireless or battery departments, but Acer offers pretty much the best you can expect at this point: Ice Lake hardware, Wireless AX, Thunderbolt 3 and a quick-charging battery.

In fact, aside from the construction, the Swift 5 and 3 models share their traits and hardware features, that’s why I expect this Swift 3 to be very popular in its class and we’re looking to get our hands on it for the full review. 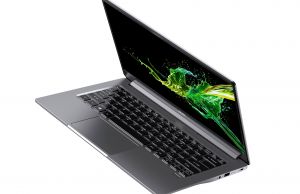 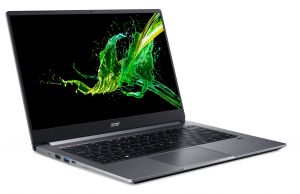 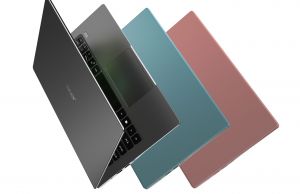 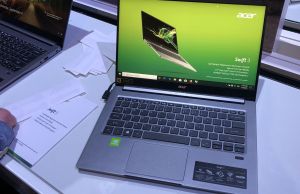 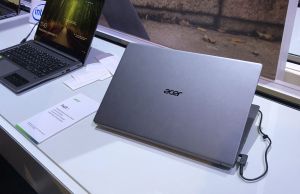 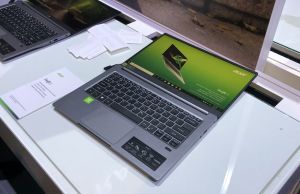 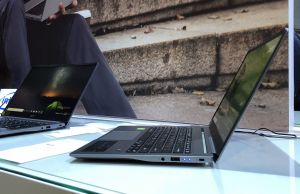 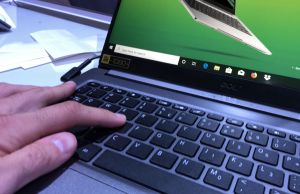 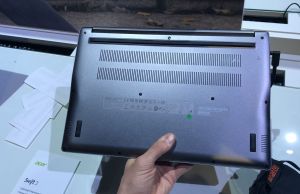 Further info on the updated Swift 3 line-up for 2020 are available in this separate article, with details on the three variants based on Intel and AmD Ryzen hardware.

Disclaimer: Our content is reader-supported. If you buy through some of the links on our site, we may earn a commission. Learn more.
Andrei Girbea, Editor-in-Chief. I've been covering mobile computers since the 2000s and you'll mostly find reviews and thorough guides written by me here on the site.
← Previous Story Asus VivoBook S15 review (S532 model – Core i5/i7, MX250)
Next Story → Rise of the 300 Hz mobile displays: Enter the Acer Predator Triton 500 and Asus Zephyrus S GX701