Chromebook vs Ultrabook (portable laptop): How is a Chromebook different from a laptop? 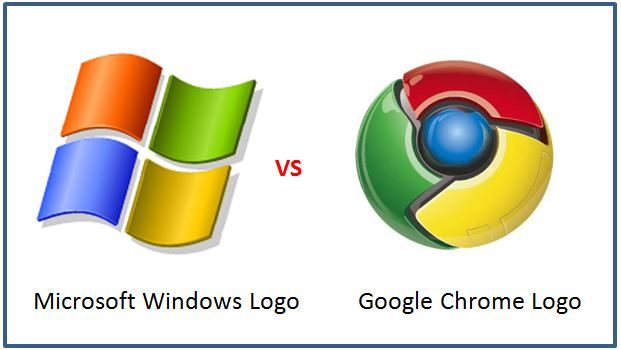 This article explains what Chromebooks are and how they compare to regular portable laptops (ultrabooks).

After comparing ultrabooks with regular laptops, netbooks, and tablets in previous articles, let’s touch on another popular gender of modern laptops: Chromebooks.

On one hand, ultrabooks are compact and portable laptops with modern specs and features, which primarily run on Windows software (with very few Linux models and the Apple MacBooks as exceptions). Chromebooks, on the other hand, are available in a winder price-range, from inexpensive options selling for under $300 and up to premium models going for $1000+, which can truly rival the Windows ultrabooks in terms of build quality and features.

In the following article, we will touch on the similarities and differences between these two classes of personal computers, and insist on each of the two’s strong and weak points.

Finally, we’ll conclude on which side is the better buy these days, and for what.

What are Ultrabooks, what are Chromebooks?

Without getting in-depth, we can sum up ultrabooks as thin and lightweight laptops running Windows/Mac OS X on an Intel-powered hardware platform.

While originally the term was coined by Intel for laptops that met a certain set of criteria (maximum width of 21-22 mm, fast SSD or hybrid storage, battery life of at least 5 hours, etc – more details in this post), meant to ensure a certain level of portability, performance, and reliability at that time, over the recent years, the term ultrabook generally refers to portable thin-and-light laptops as a broad.

Certain badges such as “Project Athena” and “Evo platform” have also been announced to differentiate the top percent of available ultrabooks from the rest, by further raising the bar on those criteria, requiring these certified laptops to perform in a certain way, include certain features, and last for longer on a charge every year.

We’re covering ultrabooks in-depth here on the site, reviewing tens of new laptops every year. If those are something you might be interested in, this article on the best ultrabooks currently available is excellent for you to start your research on, but we also published a few specialized articles on topics such as gaming ultra-portables, 2-in-1 convertibles, and so on.

One of the best-value Chromebooks out there

Chromebooks, on the other hand, are laptops built on the ChromeOS operating system.

With these, there’s no requirement for certain build types, portability, performance, or features, that’s why there’s a wide range of Chromebooks available in stores, starting with the more affordable options that go for $300 or less, continuing with the best-value models in the $300-$500 price-range, and ending with the premium Chromebooks which are in fact the alternatives for the Windows/MacOS ultrabooks out there.

But let’s roll back to the ChromeOS operating system. Chromebooks are primarily designed for everyday use and Internet-based activities such as browsing, streaming, online office use, email, etc. In a way, Chromebooks work more like an Android tablet/phone and less like a classic Windows laptop. That makes them snappy with daily use, quick to resume from sleep, long-lasting on a charge, and easy to use and update. In fact, Chromebooks support apps that you can install and maintain from a store, similar to Google Play on Android.

At the same time, though, you can’t run the same kind of specific software on a Chromebook that’s available on regular laptops, and although some of the modern models can run Linux/Android and even Windows app in emulators, these computers are still not ideal for specific workloads or PC games. So if you’re after a portable laptop that can handle your engineering, programming, or even content-creating tasks, Chromebooks are most likely not the ones for those jobs.

For daily use, though, Chromebooks tend to be snappier and longer-lasting on a charge than similarly priced Windows options, and that’s because the efficient and optimized ChromeOS does not require the same kind of resources to run at full blast.

Aside from the fact that they are both basically laptops and therefore have, or should have, the same basic characteristics (screens and keyboards, ports, hardware inside, batteries, etc), ultrabooks and Chromebooks are also both fully capable of handling everyday use tasks, especially when those are based around a browser-activity.

This aside, we can also conclude that both ultrabooks and some of the premium Chromebooks are available with top-both designs and builds, modern features, and fairly capable hardware.

What sets them apart

As mentioned already, Chromebooks and ultrabooks are different in the way they work and the kind of activities they can run. While Chromebooks are primarily meant for daily-use and browser-activities, regular laptops can handle those as well, but also all the specialized software that you can normally run on any Windows or MacOS device, starting with work-related applications and ending with modern games.

With that in mind, Chromebooks are primarily an option for casual everyday use, with perhaps some exceptions for those of you looking to run Linux on this sort of a device.

With optimized ChromeOS, Chromebooks can smoothly handle everyday chores with less demanding and more affordable hardware specs. That’s why Chromebooks are generally significantly cheaper than an ultrabook with similar performance and features, at every range. In fact, you can find good-value Chromebooks with metal build, full-keyboard, snappy performance, and IPS screens for under $500, but you’ll have to pay a fair bit extra for the same experience and features in a Windows ultrabook, not to mention in an Apple MacBook.

That aside, Chromebooks also tend to last longer on a charge than an ultrabook with similar specs, and you should also keep in mind that most of the available Chromebooks are passively cooled, while ultrabooks generally require a fan, thus can be noisier with daily use.

One of the most important differences between the two is that ultrabooks run Windows and Chromebooks run Google’s Chrome OS.

Why get an ultrabook, why get a Chromebook? 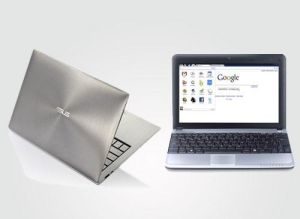 As much as we would have liked to have a closer battle, ultrabooks are clearly better than Chromebooks.

After comparing and contrasting ultrabooks and Chromebooks, it’s very clear that each side has aces down their sleeves.

Ultrabooks tend to be more elegant, more powerful, and more versatile than Chromebooks, as they run Windows and offer access to a familiar everyday user experience and all the content you could need. They are also available in different sizes and shapes, but they tend to be quite pricey.

Chromebooks on the other hand are nice on-the-go units or nice secondary laptops. If you’re after compact computers able to handle your basic chores (browsing, chatting, writing texts, watching movies, playing some light games), they will do just fine, and they are going to be much more affordable than an ultrabook. However, remember that these need to be connected to the Internet to work at their full strength.

Bottom point, if you don’t ask much from your computer and don’t really need Windows, you can take a jump at one of these. I’m pretty sure you’ll like them, after you’ll get used to ChromeOS and how it works.

There’s no clear winner in this fight, as both ultrabooks and Chromebooks have their pros and cons. Either side can provide worthy picks in certain situations, it all depends on what you need from your computer and your budget.

As a side story, if you’ve lived through Netbooks, small and low-power computers that were quite popular back in 2008-2010, you might consider Chromebooks their successors. They’re not as sluggish as netbooks used to be though, but are as compact, as affordable, and to some extent, as limited (or even more, software wise).

With that in mind, it’s time to wrap this up. Hopefully, this post managed to shed some light on this Chromebooks vs Ultrabooks debate. So if you’ve picked one side over the other, these posts should help you in your search: a list of the best Ultrabooks of the moment and a list of my favorite Chromebooks.

Anyway, time to wrap it up for now. If you have any questions, post them in the comments section below, I’ll be around to reply. And if there’s anything you might want to add to this post, feel free to leave your replies as well as share your opinions on ultrabooks and chromebooks.

Disclaimer: Our content is reader-supported. If you buy through some of the links on our site, we may earn a commission. Learn more.
Andrei Girbea, Editor-in-Chief. I've been covering mobile computers since the 2000s and you'll mostly find reviews and thorough guides written by me here on the site.
← Previous Story MacBook Air vs Windows ultrabooks and laptops
Next Story → Microsoft Surface Pro vs. Windows ultrabooks, Apple Macbook Air