Ultrabooks are a fairly fresh breed of portable computers. As shown in this article that explains what is an ultrabook, they are slim, light, premium made, and fast, that’s why many, including their creators at Intel, say that they will soon become more popular than ‘’regular’’ laptops.

The “old” classic laptops still have some aces down their sleeves, though, when facing the new kids in town. However, with a more and more diverse range of ultrabooks hitting the stores, I’m sure many of you are at least wondering if you should pick one of these over a regular notebook or not.

That’s why, in the following lines I will tell you several of the important aspects you need to know about what ultrabooks and standard laptops have in common and more importantly, about what sets them apart.

So let’s get going, but before we start, don’t forget that if you have any questions or things to add to this article, I’ll be waiting for your comments at the end of the post and I’ll be around to reply as well.

Ultrabooks and Laptops – the definitions

Standard laptops, as probably most of you know already, are mobile personal computers and come in a wide range of forms and sizes. They can sport displays between 10 to 20 inches in diagonal, they can weigh anywhere from 2 to 18 pounds, and bundle a multitude of hardware configurations and features. 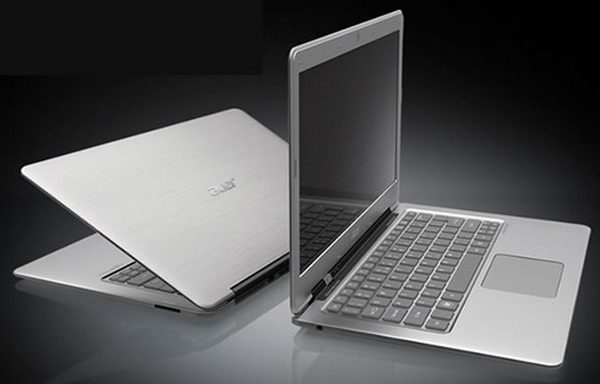 Ultrabooks are just a special kin of laptops

15.6 inch laptops are perhaps the most popular these days in their classes, as they are powerful enough to deal just fine with all your everyday activities (browsing, chatting, listening to music, watching movies, playing some games), but also light and portable enough to be carried around when needed.

Ultrabooks are a “special” breed of laptops. In many ways, they look and behave more or less like regular notebooks. But they do have to meet a set of criteria in order to get the “ultrabook” title, criteria set by Intel, who in fact established this class of computers a while ago.

Long story short, ultrabooks need to be slim (18 mm thick or less for machines with displays under 14 inches and 23 mm for those with larger screens), need to bundle Intel’s ULV hardware platforms and fast storage (SSDs or a mix of HDD and SSD storage), need to be able to run for at least 5 hours on a charge and support several Intel technologies, like their Anti-Theft or Identity Protection Technology.

Ultrabooks vs laptops – the similarities

An ultrabook is basically a select type of laptop and therefore there are many similarities between these new ultraportable computers and ‘’regular’’ notebooks.

Practically, with a few exceptions which will be detailed later on, ultrabooks and standard laptops share many common traits, like the shape and form-factor, the standard body elements (screen, keyboard, ports, hardware), and their overall functionality. Much like most laptops, ultrabooks run Windows and all the software compatible with Microsoft’s OS, from basic browsers or Office programs, to more complex applications or games. 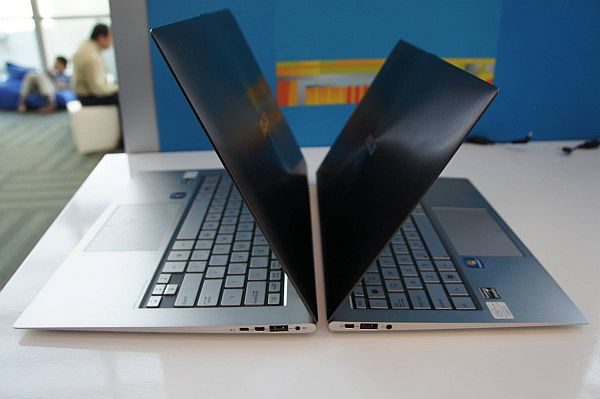 Ultrabooks should not be considered laptop competitors, but rather laptop peers

In other words, ultrabooks are thinner, more powerful, and longer-lasting versions of regular laptops. But you can use them for more or less the same things as you would use a normal laptop.

Ultrabooks vs laptops – the differences

There are many tiny details that set these two sides apart though, and I’ll tell you more about those in the next section of this laptops vs ultrabooks comparison, which speaks about the differences between the two.

From starters, ultrabooks have one thing on their side when compared to the vast majority of laptops: they are thinner and at the same time, lighter. Let’s take the 13.3 inch segment for instance, where most ultrabooks weigh less than 3 pounds and are up to 18 mm thin, while regular portable laptops are thicker and tip the scale at 4 pounds or above, with only few exceptions among premium business notebooks.

The same thing goes for 14 and 15.6 inch ultrabooks, as you can see in the clip below.


Intel actually does not impose a weight limit for ultrabooks, but does impose one when it comes to their thickness, as mentioned before. Up to 14 inch ultrabooks have to measure 18 mm or less in their thickest point (0.7 inch), while larger 14 and 15.6 inch ultrabooks can go up to 21 mm (0.8 inch) in thickness. If there’s a touchscreen on a particular ultrabooks, the limit grows to 23 mm (0.9 inches).

There’s nothing imposed in terms of build quality or materials used for the cases either, but most ultrabooks impress with their looks and overall high-quality finishing. In fact, magnesium, aluminum, carbon fiber, glass and other premium materials are quite often found on ultrabooks, while that’s not as common on regular laptops, unless we’re talking about the higher-end options.

Lifting the lid covers, you’ll notice that most ultrabooks offer rather shallow keyboards, due to their thin silhouette, and here’s where classic laptops can step in front of their competitors, as there’s more space to accommodate a better keyboard on them.

But that’s not a common rule, as there are plenty of ultrabooks with good keyboards, and even more laptops with awful ones. That aside, it’s worth noting that you’ll get backlit keyboards on most ultrabooks, while on laptops, that’s a feature only reserved for the premium models.

And then there’s the hardware inside. While ultrabooks need to be built on Intel ULV platforms and since they are so slim, usually pack integrated graphics (although there are some to feature discrete chips as well), there are way more configurations available for the classic notebooks, that stretch from low-power entry-level setups, all the way to the beefiest quad-core processors and dedicated graphics solutions found in the latest gaming rigs.

Ultrabooks are fairly snappy as well, as those ULV platforms can push good performances, especially when coupled with a fair amount of RAM and fast storage options, which is usually a bottleneck in a standard modern computer (regular hard-drives are quite slow, as opposed to the SSDs or hybrid solutions found on ultrabooks). Even so, ULV platforms are meant to deliver a good balance between power and efficiency, that’s why you will find plenty of stronger configurations on laptops, created the deliver the best performances, with little concern to battery life.

In order to save space, the batteries are in most cases encased and non-removable on ultrabooks and so are the main hardware components. That’s not the case with regular laptops, where the battery, memory or storage units are quite easily accessible and replaceable. But that should not really bother you as an average user, although you might not like that you can’t remove the battery from your machine when using it pluged in for a longer period of time. Except for that you should be fine, and if you really want to, you can access the hardware on most ultrabooks as well, it just takes a bit more effort and some proper screw-drivers.

With ultrabooks being so thin, it’s worth mentioning that they can get quite hot when pushed, especially those versions with dedicated graphics. The metallic bodies have a huge role in how we perceive this aspect, as they drive the heat towards us, the users.

Besides all these, you should know that ultrabooks have to boot quickly and resume from sleep in under 7 seconds, that’s why the fast storage options are a must here. And they also need to implement a bunch of Intel-imposed security technologies, like I already mentioned at the beginning of this post, that will keep the content on your machine safe in case the ultrabooks get stolen and will even help you locate and maybe retrieve the unit.

When speaking about ports and connectivity options, while you do get a basic set of options on ultrabooks, there’s usually not enough room for all the things you might be already used to from a standard laptop. And that’s because there’s less room on ultrabooks for these, so as a result, some features are either cut off or replaced with their miniaturized versions.

As for the screens, well, there are several dozens of ultrabooks available these days in stores, with displays ranging from 11.6 inches in diagonal, all the way to standard 15.6 inchers. Most premium options feature some high-quality screens, with IPS panels, high-density matrices, and even touchscreens on many of the latest units (in fact, touchscreens are more or less a given on Haswell ultrabooks).

Regular laptops stretch from tiny units, with 7 or 8 inch displays, all the way to multimedia behemoths with 20 inch screens and you get plenty of panels and screen types to choose from on all these devices.

You can get a laptop these days for anywhere from $100 to several thousand dollars.

The cheapest ultrabooks sell for more, around $400 or so, with the premium versions starting at $1000 and up. But there are quite a few good picks that sell for somewhere between $500 and $800.

Even so, an ultrabook will be more expensive than a fairly similar specced laptop, and that’s normal, given all the things they have to offer (the slim body, the fancy craftsmanship, the long battery life, the security features, etc).

Wrap-up – ultrabook or laptop – what will it be?

All those ultrabook imposed criteria apart, there is one thing that sets these two classes apart: variety.

Regular laptops have been around for many years and that’s why there are hundreds of them for us to choose from, with all sorts of shapes, configurations and features.

Ultrabooks are playing catch-up, and while several years ago we only had a handful of ultraportables available, they now cover a vaster range of sizes and expectations, with ultrabooks great for college and school, gaming ultrabooks or convertible hybrids with touchscreens. In fact, there are many good ultrabooks listed in stores these days, and if you want to know more about them, this curated list of my favorite models is the best place to start. 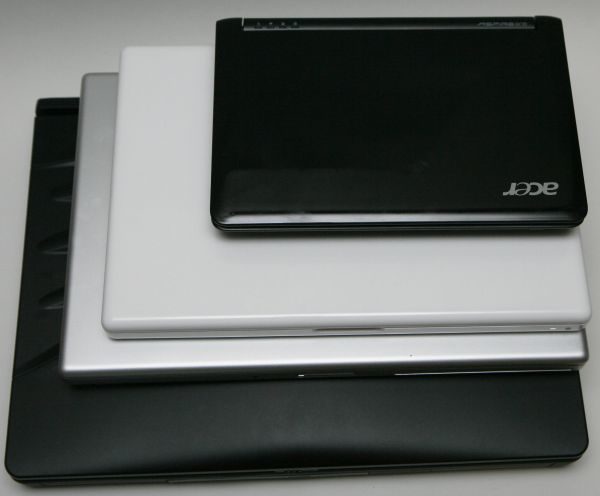 Laptops come in a bunch of different sizes, being targeted towards a larger audience

Bottom point, ultrabooks are just a special type of laptops. They are designed with portability and looks in mind and they are fast enough to cope with everyday tasks. However, a potential buyer can only choose between a limited number of such devices right now, while with laptops, there’s a wider pool to pick from. On top of that, ultrabooks are still fairly expensive.

Ultra-portable laptops are clearly the way to go though. With the hardware getting faster and more efficient, manufacturers will create even sleeker and lighter machines in the next years. And all of them will get more affordable and more accessible for the average Joe.

That might not yet be the case right now, but it’s surely going to happen sooner than later.

In the end, if you’re still undecided between classic laptops or an ultrabook, perhaps you should also take a look at these two other posts here on the site, one listing the best ultrabooks you can find in shops these days and the other listing the ultra-portable alternatives you could consider if you’re not yet ready to get in bed with ultrabook.

And if you have any comments, questions, or things you want to add to this post, don’t hesitate to leave your replies below.

Disclaimer: Our content is reader-supported. If you buy through some of the links on our site, we may earn a commission. Learn more.
Andrei Girbea, Editor-in-Chief. I've been covering mobile computers since the 2000s and you'll mostly find reviews and thorough guides written by me here on the site.
← Previous Story What is an ultrabook in 2022 – ultrabook definition and specifications
Next Story → AMD Radeon RX 6800S vs 6700S performance – Zephyrus G14 GA402RK vs GA402RJ