Ultrabooks vs netbooks: the reasons to buy or pass them 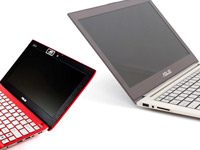 Ever since Intel has announced the start of a new class of ultraportable and strong laptops called ultrabooks, questions started rising on our lips. Will ultrabooks revolutionize the market? Will they replace netbooks, tablets, will they chip some of the regular laptops’ popularity? Or will they just be a passing whim?

In the following lines we will compare ultrabooks to netbooks, trying to find the similarities and differences between the two, as well as determining the reasons why you should or should not buy one over the other right now.

After testing most of the available netbooks for the past years over at TLBHD.com and playing with many of the ultrabooks launched recently, I feel like I’m just the right person to tell you why and when you should choose a netbook or an ultrabook.

Oh, and if you’re interested in comparing ultrabooks with other types of notebooks available on the market, this post will tell you how they stand when opposed to regular 15.6 inch laptops as well.

Ultrabooks and netbooks – the definitions

Before getting to the actual comparison, we have to clearly determine the attributes and characteristics of both these classes of laptops.

Ultrabooks, on one hand, are thin and lightweight ultra-portable laptops, built with aesthetics and performances in mind. The “ultrabook” term is an Intel trademark and therefore these notebooks are powered by snappy Intel hardware platforms.

Ultrabooks need to be compact, light and solid built. They also have to meet some speed standards, last for 4+ hours of use on a single charge and cost less than $999 (that’s more of a guideline though).

For more details on ultrabooks and a selection of top available such machines, you should see this other post on this site. 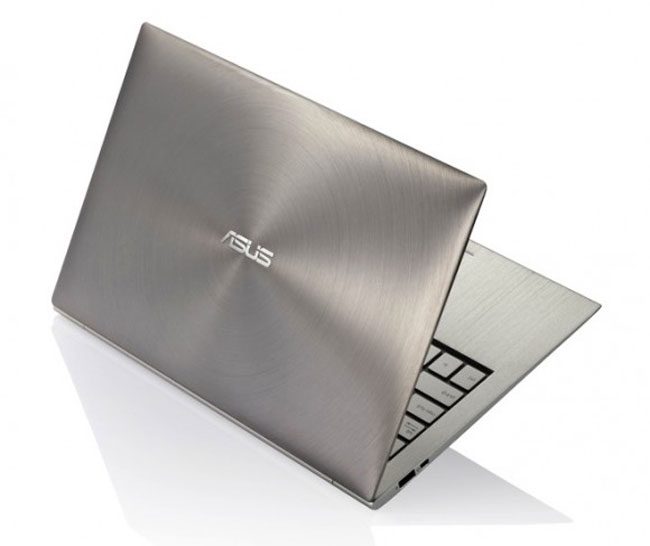 Netbooks on the other hand are also intended as small, portable and lightweight computers. However, they are created to be affordable, rather than sleek and fast. As a result, netbooks are built around Intel Atom or AMD Fusion hardware platforms and aren’t very powerful, which means they can only deal with daily tasks and can barely handle Full HD video playing or multitasking.

With price tags set around $300 however, they are 3 times cheaper than ultrabooks and can also last for 5+ hours on a single charge, on daily use.

Netbooks vs Ultrabooks – the similarities

While ultrabooks and netbooks might seem very different at a first sight, if we look close enough, we will find a couple of similarities between the two as well.

Firstly, both ultrabooks and netbooks are highly portable and are targeted towards computer enthusiasts on the go. Ultrabooks weigh between 2.4 pounds and three pounds right now, while netbooks are themselves lighter than three pounds in most cases.

Both netbooks (left) and ultrabooks (right) are light and portable, with the first usually more compact than the latter

Secondly, there is the battery life that in both cases is quite good and definitely better than what regular laptops can bring to the table. The Lenovo U300S, the Asus UX31 or the HP Folio 13 are the best ultrabooks in terms of autonomy right now, being capable of running for about six hours between charges, while most of the best-selling netbooks should be able to easily go for just as long.

Then, both these computers feature a limited selection of ports in most cases, due to their small form factor, although this no longer seems to happen with the latest launches.

Finally, neither of these two types of laptops feature an optical drive (although some of the larger ultrabooks do), due to their reduced dimensions, but that shouldn’t be a big problem considering that practically no one uses these today.

Ultrabooks vs netbooks- the differences

As far as differences goes, these are quite a few, but the most important is by far the performance gap.

Ultrabooks are clearly snappier and more powerful, featuring dual-core Intel Core i3, i5 or i7 processor, as well as Intel HD graphics cards and 4GBs of memory. Netbooks are powered by way slower Intel Atom or AMD Fusion processors, with integrated graphics as well and usually only 1 GB of RAM.

During daily use, these translate in ultrabooks being a lot snappier and able to deal with all kind of tasks and programs, while netbooks only being able to cope with light everyday tasks and some light multimedia content from time to time, but not all at once.

So if you want a computer for browsing, listening to some music, chatting with friends, netbooks will do fine, but if you want something faster when dealing with those, but also capable of handling Full HD videos, complex software or even some games, ultrabooks are the better pick. 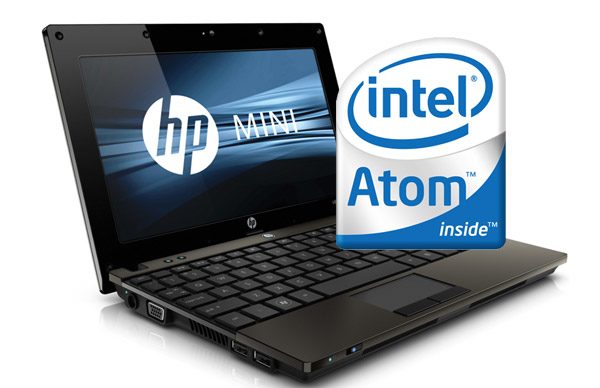 Ultrabooks are better in terms of storage space as well, most featuring fast SSDs, while netbooks come with classic HDDs. This should translate into snappier everyday experience, better booting speeds, less noise and vibrations for ultrabooks, but on the other hand SSDs are expensive. Plus, with most ultrabooks featuring a 128 GB SSD, you’ll quickly run out of storage space on those. There are however some ultrabooks that feature a hybrid storage pollution, with a small SSD and a regular HDD, closer to what we get on netbooks, but in this case all the benefits of using an SSD are gone.

Talk about the build quality and looks, there are quite a few differences in that area too, with ultrabooks being clearly thinner and slimmer, as well as more elegant and sturdier. In some cases they are made from different metal alloys, while netbooks are usually just lumps of plastic. That doesn’t mean that they are not properly built and even beautiful, but they just play in a lower league.

The keyboards and touchpads are themselves larger and more responsive on ultrabooks, as there’s just more space for those on their bigger 13.3+ inch bodies, although you’ll hardly find a good keyboard/trackpad combo in either of these classes (the HP and Lenovo machines are usually the exceptions).

Finally, the screens sported by ultrabooks are usually better than what you get on netbooks. While the average ultrabook features a 13.3 inch screen with 1366 x 768 px resolution, on netbook you get a smaller 10.1 inch display with 1024 x 600 px resolution, which feels just stuck in the past.

Of course, all these are details that will pale in front of this final aspect separating the two sides: the price tags. Netbooks go right not for between $200 to $350 bucks, with 11.6 inch mini laptops getting to about $450. On the other hand, the cheapest ultrabooks will go for around $700, while the top versions can easily get beyond $1500. 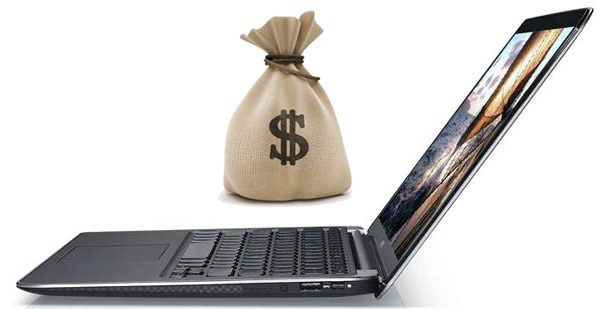 After reviewing the most important similarities and differences between the two types of ultraportable laptops, it should be pretty clear why and when you should choose one over the other.

You should get an ultrabook if you want a fast, light, sturdy and beautiful laptop. One that can be easy to carry around and yet powerful enough for all the things you might throw at it, plus able to last for a while when you don’t have a Power-plug around. You’ll have to pay the price for these though.

On the other hand, netbooks should not be ignored by technology enthusiasts, being as light and even more compact than ultrabooks, thus easier to carry around, but much more affordable too. Also, they are pretty good in terms of battery life and should still be a good enough travel companion for a computer fanatic on a budget.

I for one see netbooks nowadays as good and cheap secondary computers or good machines for kids. Ultrabooks on the other hand could actually replace your main-laptop if you’re not a very demanding user, although you’ll have to pay extra for the premium feel and looks.

While it is still early days in ultrabook world and we are far, far away from knowing for sure what impact will these have on the computer market, two things are pretty clear nevertheless.

On one hand, ultrabooks should attract a lot of customers due to their portability, great looks and performances. However, netbooks are here to stay too and they should still prove popular for a while, especially for those of you who want a cheap travel companion.

I’ve also gathered a couple of list of my favorite netbooks, mini laptops and ultrabooks on my sites, based on my impressions gathered while testing most of them, and you should check them out below:

All in all, we could therefore say that there is a place for both ultrabooks and netbooks on today’s computer market and that they should live together happily ever after… Or at least happily in the near future…

Disclaimer: Our content is reader-supported. If you buy through some of the links on our site, we may earn a commission. Learn more.
Andrei Girbea, Editor-in-Chief of Ultrabookreview.com. I've been covering mobile computers since the 2000s and you'll mostly find reviews and thorough guides written by me here on the site.
← Previous Story Lenovo U300S vs MacBook Air : close, but not close enough!
Next Story → Ultrabook comparison: Asus, Samsung, Dell, Sony, Lenovo, Acer and Toshiba go head to head!