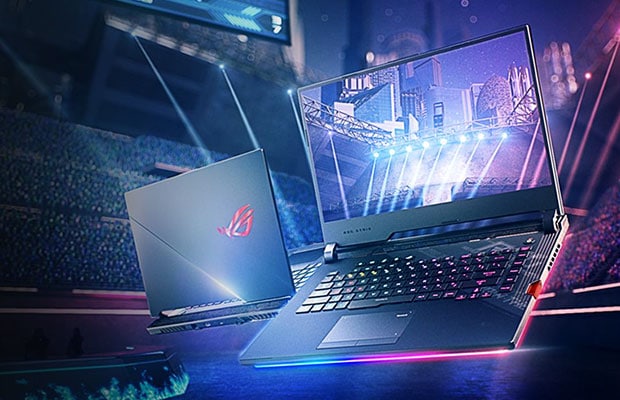 ASUS are not just updating their ultraportable Zephyrus lineups with Intel 10gen hardware and Nvidia Super graphics, but in fact their entire series of performance notebooks, including the mainstream ROG G and the high-performance ROG Strix Scar models.

In this article, we’re taking a quick look at the ROG Strix Scar IV updates, code name G532/G732 for this 2020 generation, and pitch them against the previous G531/G731 models so you’ll easily understand what’s been changed and improved.

As expected, these 2020 models mostly build on the same chassis and internal design as the previous generation, as Asus tries to get at least two years of life out of their designs, and the current chassis was completely revamped in 2019. That’s no surprise, in fact, it would have been totally unrealistic to expect otherwise, as it would make no sense financially.

There’s one exception, though, and that’s the i9/RTX 2080 Super version of the 17-inch Scar G732, which is slightly thicker than the other configurations, and meant as a direct follow-up for the beastly ROG G703, no longer updated on that chassis in this generation. We’ll get to it in a bit.

Nonetheless, the major changes for the G532/G732 models are in the hardware specs and some slight feature updates. We’ve added a specs sheet down below, where we pitch the 15-inch Scar IV G532 against the Scar III G531, for comparison.

There’s still no Thunderbolt 3 support or USB-C charging, like on the ROG Zephyrus models. Furthermore, the Scar lineup is still rather massive and heavy compared to similarly specced performance laptops such as the MSI GE65/GE66 Raider models, and the design still screams gaming, with all the lights and the lit ROG logo on the lid. I sure hope Asus added individual control over that light-bar, which was lacking on the G531, as it was tied to the keyboard’s illumination, so you couldn’t get the keyboard going without also having the light-bar on.

Gamers might not care about these aspects and enjoy their RGB elements and the shiny Keystone that never made much sense to me, but these sort of performance laptops are more than just gaming tools, they’re also productivity and work computers. And I feel that this sort of design aesthetics could break them for some of the potential users and turn them towards the cleaner competitors, such as the updated Lenovo Legions or those MSI Raiders mentioned earlier.

Still, if performance is what you’re after, the 17-inch Scars G732 might be the ones for you, with the larger chassis that allow for improved cooling, and otherwise similar features.

As far as I understand, though, there are two variants available for the G732s, one based on the G731 chassis at 26 mm in thickness and roughly 2.85 kilos, with the same specs and features as the 15-inch versions, as well as the upgraded version illustrated below.

This is right now the most powerful ROG laptop on the market, more powerful than the ROG G703 or the ROG Mothership. It’s built on an Intel Core i9-10980HK processor and a full-power RTX 2080 Super graphics chip, with ROG Boost at 150W.

Asus had to create a slightly thicker chassis in order to incorporate the beefier thermal module required to cool this sort of hardware, which gets 4 heatsinks and 6 heatpipes. Nonetheless, the 2080 Super version of the Scar 17 is significantly smaller, lighter, and thinner than the ROG G703.

That one was a beast, but also noisy and powered by two power bricks in order to cope with its overclocked Core i9 CPU and 200W desktop-grade RTX 2080, so I’m looking forward to seeing how this implementation performs and feels in comparison. 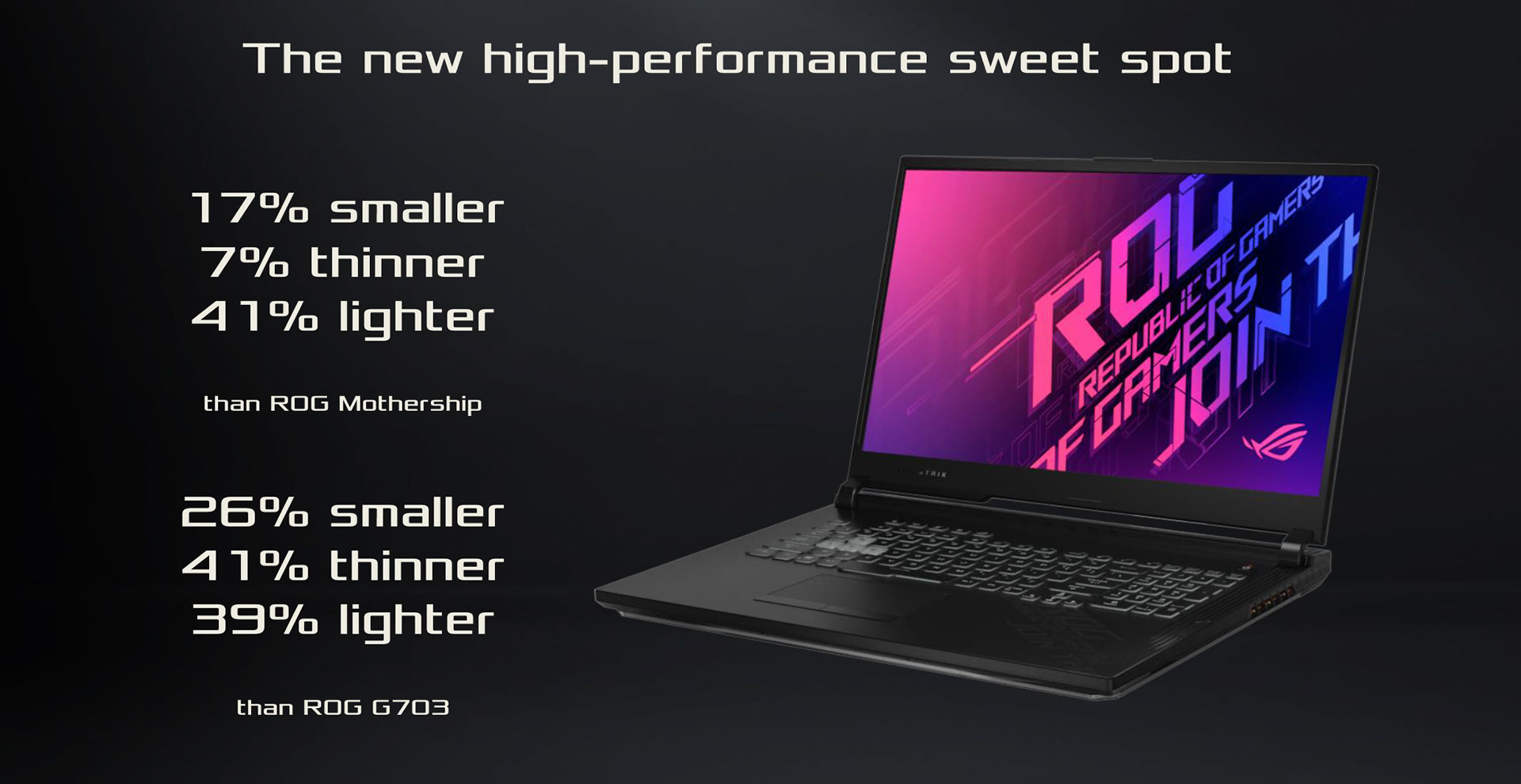 We’ll update once we know more on these 2020 ROG Strix SCAR models, and look forward to our detailed reviews in the months to come.

Disclaimer: Our content is reader-supported. If you buy through some of the links on our site, we may earn a commission. Learn more.
Andrei Girbea, Editor-in-Chief of Ultrabookreview.com. I've been covering mobile computers since the 2000s and you'll mostly find reviews and thorough guides written by me here on the site.
← Previous Story Asus ROG Zephyrus Duo 15 GX550 – 8-Core i9-10980HK, RTX 2080 Super and two screens
Next Story → Asus ROG Zephyrus S15 and S17 2020 updates – what to expect, vs 2019 GX502/GX701