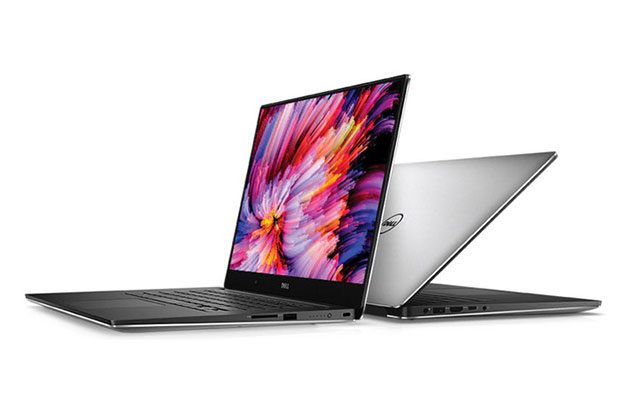 The XPS 9570 is so anticipated that Dell has capitalized on the hype by selling US$100 pre-order “gift cards” through its parent-company-owned company CashStar; these gift cards will supposedly grant the bearer the honor of receiving a phone call from Dell’s sales team to be notified of the laptop’s availability before the general public. The XPS 15 9570 will feature CPUs up to Intel’s new hexa-core Coffee Lake i9-8950HK and GPU options up to a Nvidia GTX 1050Ti. What’s not to like?

Well, because I’m a negative-nancy and we tech journalists tend to ride the hype train a bit too much, let’s do something different and focus purely on the negatives of the XPS 15 9570. In my opinion, the XPS 15 9570 is very much a case of playing it too safe.

The XPS 15 9550 and 9560 are indistinguishable from each other on the outside. The 9570 is technically distinguishable, but only barely: The Dell logo is more subtly embossed and the webcam is centered at the bottom. Beyond that, you’d be hard-pressed finding anything Dell changed.

Even the XPS 13 9370 — which was criticized for playing it too safe from a design perspective — has a significantly different look to it and offers something more, i.e. Windows Hello support, smaller dimensions, new materials, and more Type-C ports (at the cost of SD and Type-A ports). The XPS 15 9570, however, didn’t even get the XPS 13 treatment.

The XPS 13 9370 got an infrared camera, smaller dimensions, and a durable new spun-glass build.

Of course, the internals are what matter, right? After all, the new XPS 15 will feature Intel’s latest 6-core CPUs and a GTX 1050Ti. Those upgrades come with a bit of an asterix, however: Analysis shows that the new -H series CPUs are indeed faster in multi-threaded workloads, but the performance gains in other workloads or gaming are negligible (we go so far as to say that such a CPU is wasted when paired with a 1050Ti). And this is assuming that Dell has put in the time to re-engineer the cooling system of the XPS 15 in order to properly feed the higher-TDP components; call me skeptical, but if the XPS series has taught me anything, it’s that Dell is painfully slow to fix their mistakes.

Still, all the nay-saying aside, I can’t deny that the CPU and GPU are a step up from last year’s models… but so will nearly other every other competitor in this space soon enough. The ZenBook Pro and its ilk will certainly get the Coffee Lake-H treatment, while the Gigabyte Aero 15X and MSI GS65 not only already pack 6-core CPUs, but also far superior GPUs and high-refresh-rate displays. And speaking of displays, it would have been great to finally offer a 1080p touch display option so customers wouldn’t have to choose between touch and a huge hit to battery life — but that stayed the same, too.

To keep its lead over the competition, the 9570 needed to step up its other components as well — but they didn’t.

The 56 WHr battery should have been taken out to pasture by now alongside the 2.5” SATA III bay, but these still linger in the lower-end configurations. Instead of the 2.5” bay, I would have liked to see all SKUs sport the larger battery (after all, Coffee Lake-H is slightly more power-hungry than Kaby Lake-H). In lieu of a 2.5” bay, they could have added a second m.2 PCIe NVME bay like we get on the Gigabyte Aero 15X. The story is the same with the rest of the components: The webcam? Still 720p, still doesn’t support Windows Hello, and still a nose-cam. The Wi-Fi? Still Killer, and still a source of compatibility issues for many.

The location of the webcam won’t matter to you until you suddenly have an important teleconference.

I suspect that the other issues that have plagued the XPS 15 will continue as well. There are a litany of them that carried over from the 9550 to the 9560, and little reason to believe that the experience will be improved this time around. Problems persisting with the XPS 15 from generation to generation include:

Maybe it was the wait that Intel incurred on the XPS team, but I get the feeling that the XPS 15 9570 was very much an afterthought this year. I can say that during the press-only NDA reveal, the majority of the presentation was devoted to Alienware and the XPS 15 2-in-1 (9575). In fact, the XPS 15 9570 was not even pictured, only mentioned in passing. This was in sharp contrast to the majority of questions from the press, which focused on the 9570. Dell seems to have taken the approach of “if it ain’t broke, don’t fix it”, but the fact is that the XPS 15 was in need some fixing. Frank Azor and his team clearly put time in to the XPS 13 9370 and the XPS 15 2-in-1 9575, but the trade-off seems to have been that the plain old XPS 15 9570 didn’t get the overhaul it deserved.

What do you think about the XPS 15 9570? Is it everything you hoped for? Will you be opting for the 9575 2-in-1 or perhaps a competitor’s laptop instead? Let us know in the comments!