The top ultrabook alternatives you should consider 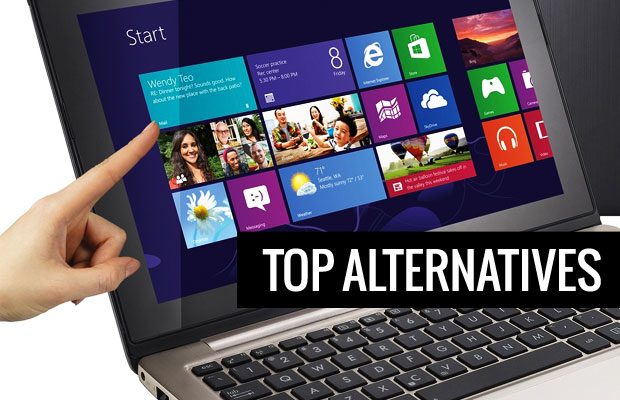 Ultrabooks are excellent devices and I have no doubt most laptops will go towards the thin and light standard in the next couple of years. However, we’ve only seen ultrabooks around for a year or two, and while the models available right now in stores have plenty to offer, they might be either too pricey for some of you, or might actually not be enough to satisfy your needs.

If that’s the case, then perhaps you should consider the ultrabook alternatives available these days, and I’m going to tell you a couple of things about them, plus point you towards the devices I would personally choose from if looking for a thin and light computer today, ultrabooks aside.

If however, you are after an ultrabook, then you MUST read my list of recommended ultrabooks, you’ll find it helpful for sure.

Reading the about page, you’ll see that I know a lot about portable laptops, in fact I’ve owned a bunch of such notebooks in the last few years and have been testing them since the mid-2000s. Right now, my personal laptop is a Lenovo ThinkPad X220, which offers me performance, an excellent screen and keyboard, all the needed ports, and huge battery life. When I got it, that was the best fit for my needs (which couldn’t be satisfied by any ultrabook at that time). For you, there might be others.

So check out the article below for more details on possible ultrabook alternatives you should consider.

If you’re after a compact and light computer and don’t want to spend much on it, then you should definitely have a look at Chromebooks. You’ll find more about these from them from this detailed buying guide, and I’ve compared the most popular Chromebooks of the moment in this other post.

There are two models available in stores, the Samsung Chromebook and the Acer Chromebook C720. They are similar to a point, packing 11.6 inch displays, a compact body, some low-power processors and 2 GB of RAM. And they are both running Chrome OS, a web-based software platform built around Google’s services: browser, documents, maps, music, movies, and cloud storage. That means that all of your content is securely stored and backed up online and that’s the good part. In order to access that content though, you’re going to need an Internet connection, which might be the bad part.

The 11.6 inch Acer and Samsung Chromebooks are excellent mini laptops for the money

Still, both Chromebooks come with some included storage space as well, for your movies, documents and so on. There are only 16 GB of space available on the Samsung, while on the Acer C720 there’s a 320 GB HDD.

That however makes the Acer C720 heavier, weighing 3 pounds. But the C7 is also slightly more powerful than the Samsung and more affordable, starting at around $200.

The Samsung weighs only 2.4 pounds and is more beautiful than the Acer, while it also lasts slightly longer on a charge. It sells for a bit extra, starting at $250. As downsides, it’s somewhat slower if pushed, while lacking the big storage space of the Acer.

Anyway, Chromebooks are inexpensive, and for the money, you really are getting a lot. Choosing one over the other is only up to you, and you should know that both are offered in 3G versions as well, if you need them always connected to the Internet, to access those web-based applications and services.

See this link for more details on the Samsung Chromebook, and this other one for extras on the Acer Chromebook, including prices, pictures and user reviews.

There are also some bigger Chromebooks available, from Dell and Samsung, but those sell for roughly $500 or more. See Google’s website for details.

We’re not going to talk much about netbooks, since those are dead and buried now, so I am going to focus on the 11.6 and 12 inch cheap portable laptops in this section.

Now, you should expect these to be slower than the ultrabooks, mainly because they come with less powerful CPUs, graphics and offer standard storage units. They are also not as good looking, with bulkier bodies made from plastic, but overall weigh around 3 pounds, as the ultrabooks do. The screens are pretty much on par with what you get on the affordable nowadays ultrabooks, only a bit smaller, with 1366 x 768 px resolution and overall average contrast and viewing angles.

However, the line is drawn at prices, as such devices will hardly go above 500 bucks, which makes them significantly cheaper than the mainstream ultrabooks, although the gap has shrunken lately, as more affordable ultrabooks were launched.

Bottom point, such laptops are not that fancy and definitely not that fast, but can still get most jobs done (browsing, listening to music, watching movies, chatting, light photo and video editing, etc) and offer decent battery life (5+ hours), for a lot less money.

In this class, you should turn your head toward the following:

However, it looks like such computers are more and more difficult to find, as producers have been aggressively pushing ultrabooks lately. Even so, if you want a fair priced computer for light tasks or for your kids, these are well worth a look at.

The Sony Vaio E11 and the Acer Aspire ONE 725 are also good alternatives, but they might not be that easy to find in stores

Another good option is the Samsung Series 3 laptop, packing Intel Core ULV hardware (similar to ultrabooks), but a tad thicker than it should meet the requirements. Other similar units were the Asus U31SD, U32VD, or the Acer Aspire One 3830, but I can’t seem to find any of them in stores anymore.

Samsung have come a long way with their portable laptops lately, and the Series 3 is their cheaper line to date.

The Series 3 is a 12.5-inch mini laptop (also available with a 14-inch screen) with a metal-covered lid and palm rest and an overall slender and classy shape. The chiclet keyboard is very nice and the trackpad ain’t bad either. Still, the reason I like it a lot: it offers a matte and bright display that you can actually use outside.

The entire thing weighs around 3.1 pounds and measures about 1 inch in thickness. Inside, you get a full-load Core i3 or i5  processor, 4 GB of RAM, standard HDD storage, and no dedicated graphics. The 6 Cell battery offers about 6 hours of life on average, which is quite good, and it can stretch to 7+ hours if needed.

Overall, there are plenty of things I like about this Samsung. There are some negative aspects as well though: it only comes with 2 USB ports and the speakers are quite poor, but these are in no way deal breakers for me.

The Series 3 starts at around $550 these days, but you can find it discounted online, with Shipping included.

Sleekbooks are in many ways similar to ultrabooks, but they are built on AMD APUs, not on Intel ULV hardware platforms.

An AMD APU is going to be slower than a similarly positioned Intel processor in terms of raw CPU power, but significantly faster in terms of graphics. Thus, you can use sleekbooks to run games, but don’t expect them to be as good as those gaming ultrabooks with dedicated graphics. They will also handle everyday activities just fine, just don’t push them too much.

On the other hand, thin and light laptops running AMD platforms tend to last less on a charge then their Intel counterparts. But they are also more affordable.

Those being said, there are only a handful of sleekbooks you could consider right now. My favorite is the Asus VivoBook U38N (full review here), an impressive 13.3 incher powered by either an AMD A8 or A10 APU, packed with a touchscreen.

The others are HP’s Pavilion and Envy lines of 14 and 15,6 inch devices, available in a bunch of different hardware configurations, with or without touchscreens and with different aesthetics (the Envy lines are fancier and use metal for the body, while the Pavilions are full plastic). Prices range from between $350 and $700 for these.

HP and Asus have some interesting Sleekbooks in their offer

Alright, all the devices above were cheaper and less powerful ultrabook alternatives.

However, for some of you, ultrabooks might not be enough in terms of performances, features or battery life. And here’s where the devices listed here come in. They no longer stick to the “cheaper than ultrabooks” rule, but they do have plenty of things to offer, as long as you’re willing to pay for them.

In this section, we’re going to divide entrants in two different classes: top ultra-portables and powerful thin and light notebooks.

The Lenovo ThinkPad X230 (remember that I own its predecessor, the X220, and I’m loving it) and the Sony Vaio Z are my recommendations in the first category, both business laptops packing powerful full-voltage Intel platforms in compact bodies. Besides that, you can bundle them with matching docking stations and extended slice batteries (get 12+ hours of real life use), configure them with dual-storage options (SSD + HDD or RAID SSDs) and 4G modems or even buy an external graphics unit for the Sony.

Later update: The Vaio Z is no longer listed on Sony’s website, so it looks like their emblematic business laptop was drawn to a halt and will not be updated anymore. 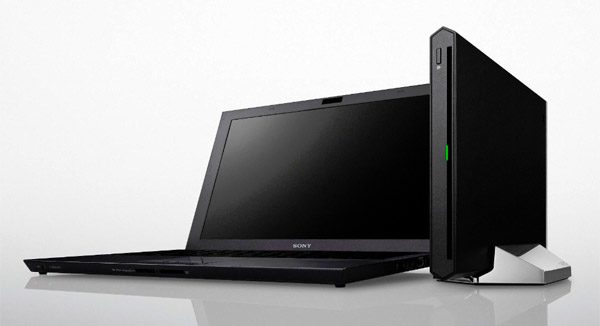 How about that second category. Well, in here we could list a couple of interesting devices:

The Sony Vaio S15, the Dell XPS 15 or the Samsung 7 Series Chronos 15 inch are also devices you could consider when looking for a powerful, thin and light 15 incher, but I wouldn’t quite have them right next to those other two mentioned above.

All these laptops have one big issue though: they can get very hot when running games, which was expected, since they pack powerful graphics and processors inside those slim bodies. And that means that you’ll have to get used to your laptop getting hot when pushed, but also might have an effect on long-term reliability.

So if you’re planning on getting one of these fast ultraportables, get extended warranty for them as well. Better safe than sorry.

For most potential ultrabook buyers, they do offer more than enough in terms of performances to satisfy your needs. Thus, I would advice you to check my article on the best ultrabooks available in stores right now.

However, if you can deal with slightly bulkier and heavier devices, but still ultra-portable laptops, I’ve shown you above that you can get similar features and performances (even better sometimes) for $200 to $400 less than you’d have to pay for an average ultrabook.

On the other hand, if you need more power and extra speed, there are alternatives for you as well. 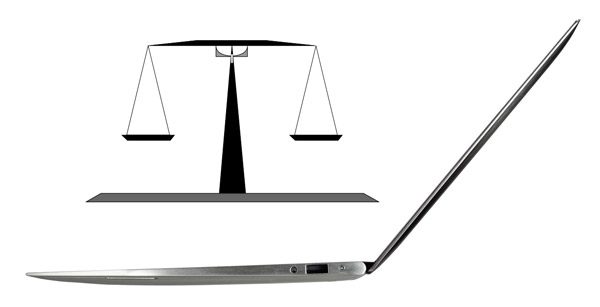 Carefully weigh your options for the best decision

So, what’s the bottom point of this post? Well, ultrabooks are not the perfect match for each one of your right now. And here’s where the alternatives presented in this post step in.

Anyway, that’s about it for now, I hope you enjoyed this post on my recommended ultrabook alternatives you can get these days. You need to know that I’m constantly updating my lists, this one included, and if you have anything to ask or add to this post, feel free to drop me a line below.

Disclaimer: Our content is reader-supported. If you buy through some of the links on our site, we may earn a commission. Learn more.
Andrei Girbea, Editor-in-Chief. I've been covering mobile computers since the 2000s and you'll mostly find reviews and thorough guides written by me here on the site.
← Previous Story Bezel-less laptops (and laptops with thin bezels) in 2022 – the complete list
Next Story → AMD Ryzen 7 6800U laptops and 6850U, 5825U, 5800U models- complete list