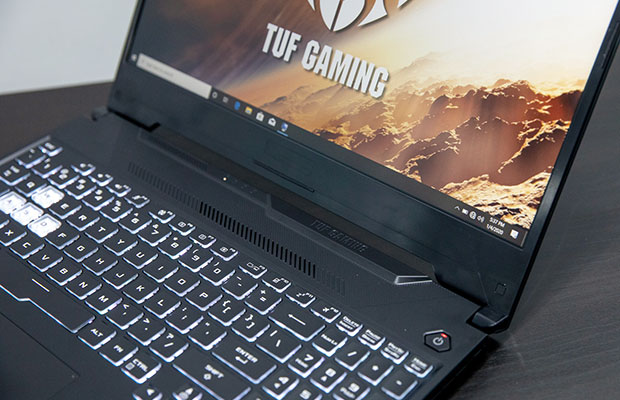 Asus offers some of the most competitive gaming notebooks you can get in stores as part of their TUF Gaming series, which is getting a complete refresh for 2020.

The popular FX505 (15-inch) and FX705 (17-inch) lines are replaced by the Asus TUF Gaming A15 FA506/ A17 FA706 models based on AMD Ryzen 4000 hardware, available side-by-side with the TUF Gaming F15 / F17 versions built on 10th-gen Intel Core H platforms. All share the same design lines and mostly the same features (with a few extras for the Intel versions).

Update: Our detailed review of the TUF Gaming A15 FA506 is available over here, and we’ve also tested a mid-tier Rzyen 5 + GTX 1660Ti configuration in this article. We’re also working on reviews of the A17 and we’ll update once published.

Asus helped us get our hands on an early sample of the 15-inch TUF Gaming A15 F506, and we gathered our thoughts and impressions down below.

Performance and thermals are aspects we’ll cover in a future update, we were not allowed to run any tests at the time, as the AMD platform was still weeks apart from even being announced.

We will, however, cover the main design, functionality, and hardware changes, so you’ll know what to expect from the updated 2020 Asus TUF Gaming notebooks. In few words, though, the A15/F15 versions get 144 Hz screens with higher-quality panels, updated hardware and RAM/storage options, an up to 90 Wh battery, punchier speakers and a complete exterior overhaul, with a more compact format and metal used for some case elements, like on the higher tier Asus ROG gaming lines. 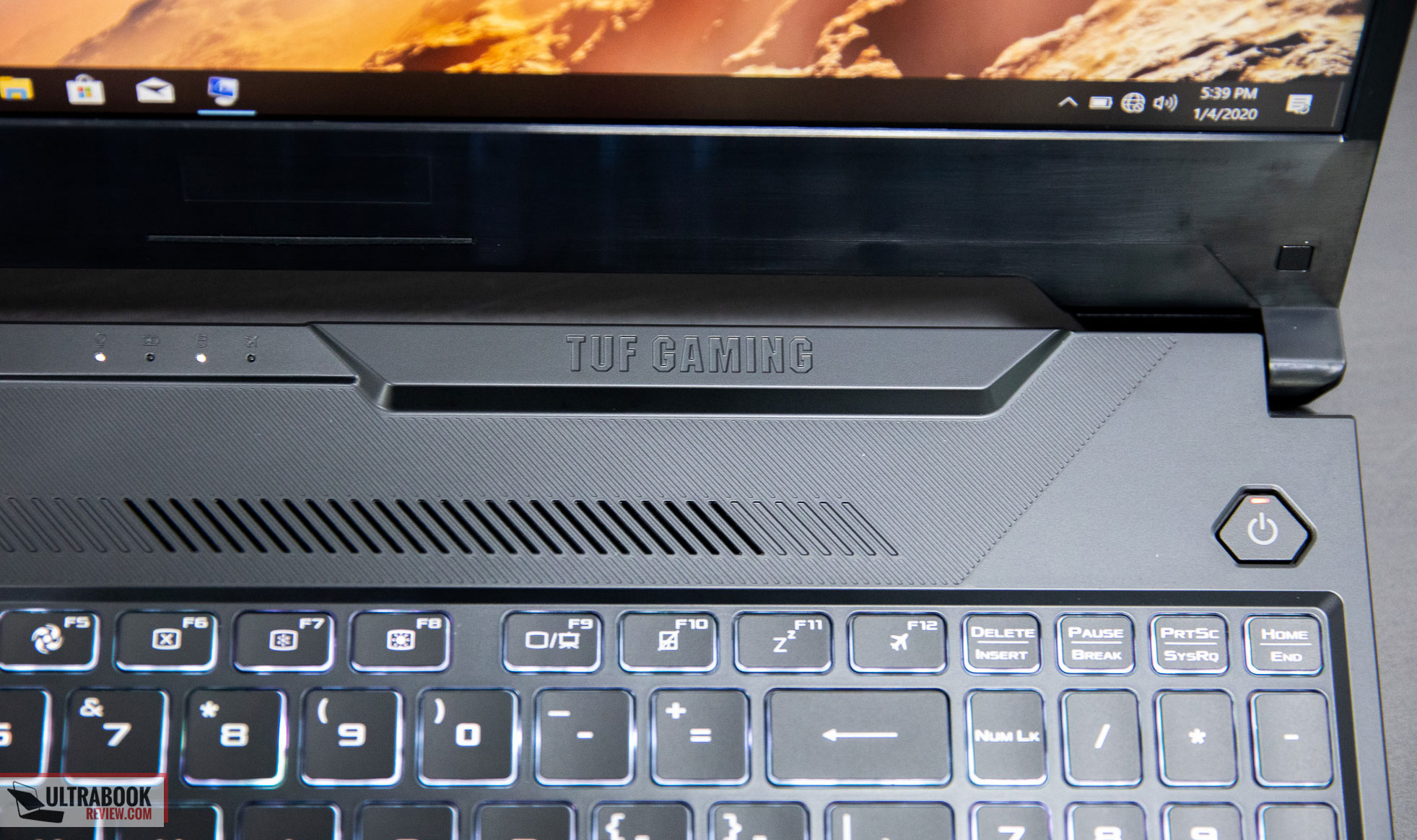 These should address some of our complaints on the 2019 FX505 models, which included high CPU/GPU temperatures, subpar screen quality with the 120 Hz options, poor audio and rather short battery life. But let’s not get hasty, we need to properly test the new hardware and update first.

Asus also offers 17-inch version of all these generations. The updated A17 FA706 and F17 FX706 benefit from most of the improvements on the 15-inch variants, but still settle for 120 Hz screen options.

Design and daily use experience

The 2020 Asus TUF gaming models are more compact and at the same time more robustly built than their predecessors.

They’re still MIL-STD-810H compliant for drops and vibrations, just like before, and plastic is still used for the inner chassis, interior, and underbelly. But the overall build has been reinforced, so there’s less flex in the keyboard deck and screen, and the bottom has been revamped as well, for improved rigidity and air-intake. That’s a good sign, we complained about the obstructed intakes on the previous TUF FX505s, and it looks like Asus took that into consideration.

We also asked for slightly grippier feet, and we got them as well, with much larger rubber feet now on the A15/F15 models that will more strongly anchor them on a desk. Other changes include a slightly cleaner interior with a new touchpad, rearranged IO on the sides and a complete redesign of the outer lid. 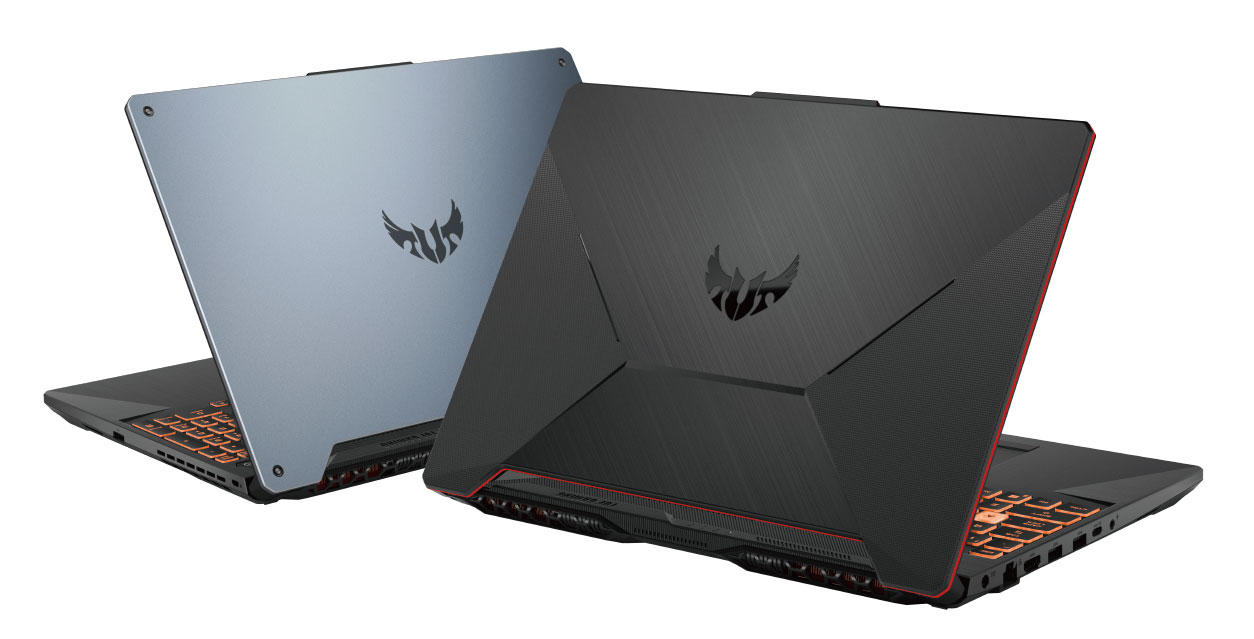 The TUF Gaming A15 and F15 models are available in two options, Fortress Gray, the one we had for our preview, and Bonfire Black, with a more gaming-oriented design and some red accents. Both are made of metal and feel strong, but I definitely prefer the former option, it’s perfect for a sleeper laptop that you can easily take to school and work without drawing attention. None of the two use backlit logos or RGB lights, which is good news for me. There’s plenty of RGB on the ROG G notebooks, it’s nice to have a clean alternative as well.

As for that IO, most of the ports are still placed on the left edge, but there’s also a USB-A slot on the left now. It might not seem like a big deal, but I actually missed it during my time with various FX505 models. As for what you get, there’s still no card-reader, but there’s a USB-C port this time around, alongside the USB-As, HDMI, LAN and headphone jack.

Finally, let’s get back to these laptops’ size. They’re slightly smaller in footprint, as showcased by the difference in bezel size, but they’re still full-size 15-inch notebooks and not as portable as other options. Down below we’ve put the TUF Gaming FA506 next to the new Zephyrus G14, for comparison. 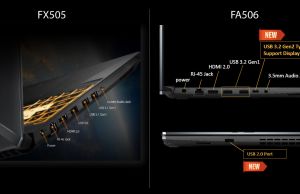 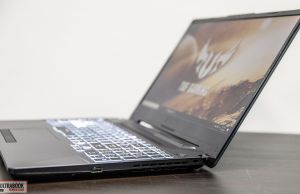 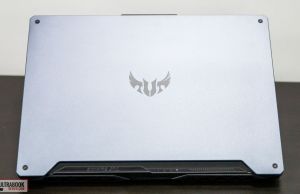 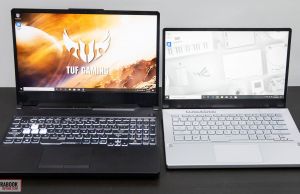 Finally, I also expect the A15/F15 models to be a little heavier than the FX505 models, due to the use of aluminum and bigger battery in the 90W configuration. Asus did not include details on weight and size in their pre-release briefing, so we’ll have to update on this matter.

The keyboard hasn’t changed from the previous generation, and I wish it would have, I didn’t get along well with it in the past. I was able to type in fast, but my accuracy struggled due to the deeper stroke and actuation point, which required a firm press, something I’m not accustomed to on the ultraportables that I mostly use.

However, a fixed touchpad with physical click buttons has replaced the plastic clickpad of the previous generations, most likely borrowed from the ROG Strix G.

This aside, Asus put some crappy IPS-level panels on the FX505s and I sure hope they’re going to address that with the 2020 updates. I didn’t’ get to properly test the panel during my brief time with the FA506, but it was definitely different from the Panda models used before, with 144 Hz refresh-rate and what looked like higher brightness. Can’t comment on color accuracy, contrast, and other aspects, for the time being.

Update: Our detailed review of the TUF Gaming A15 FA506 is available over here, and we’ve also tested a mid-tier Rzyen 5 + GTX 1660Ti configuration in this article. We’re also working on reviews of the A17 and we’ll update once published.

Expect up to 8C/16T Ryzen 7 4800H processors in the AMD models, and Core i7 6C/12T CPUs in the Intel versions, or in other words a pretty solid lead for the Ryzen chips in multi-core demanding loads. The question is whether Intel still holds strong in games, though, which is what many potential buyers will run on these machines.

Both lines get GTX 1650 Ti, GTX 1660Ti and RTX 2060 graphics options and various amounts of memory and storage. A comparison between the 1660ti and 2060 A15 configurations is available in this article.

Asus still went with non-soldered memory DIMMs and 2x PCIe storage slots that each get a dedicated PCIe x4 connection, as well as an optional 2.5″ storage bay. You will only get a 48 Wh battery if you opt for the HDD cage, or you can go with a 90 Wh battery without space for an HDD instead. I’d definitely take the latter, if offered the choice.

I’ll remind you that Asus claim to have updated the speakers on the A15 and F15 TUF gaming models, for increased volumes and punchier quality, while still including fair quality headphone audio via the available jack.

There no update in terms of wireless on the AMD based-models though, which still settle for a WiFi 5 implementation. However, the Intel Core H models available later this year will get a bump to WiFi 6 AX connectivity.

Overall, even if the updated TUF A15 FA506/F15 FX506 address some of my complaints about the previous generations, like battery life, audio and screen quality, they still remain primarily value gaming notebooks and aim to primarily provide excellent performance for the money.

That’s why we’ll need to spend more time with final versions of these products, with mature hardware and software, in order to figure out the performance gains over the previous FX505s and how the new hardware platform impacts the problematic thermals of the previous design. I still expect these to run hot and trail higher-tier models with superior thermal designs in games and demanding loads, but the gap should shrink considerably with the new AMD platforms.

Look for our updates in the weeks to come.

Update: Our detailed review of the TUF Gaming A15 FA506IV (Ryzen 7 + RTX 2060 OC) is available over here, and we’ve also tested a mid-tier GTX 1660Ti configuration in this article. We’re also working on reviews of the A17 17-inch variant, and we’ll update once published. 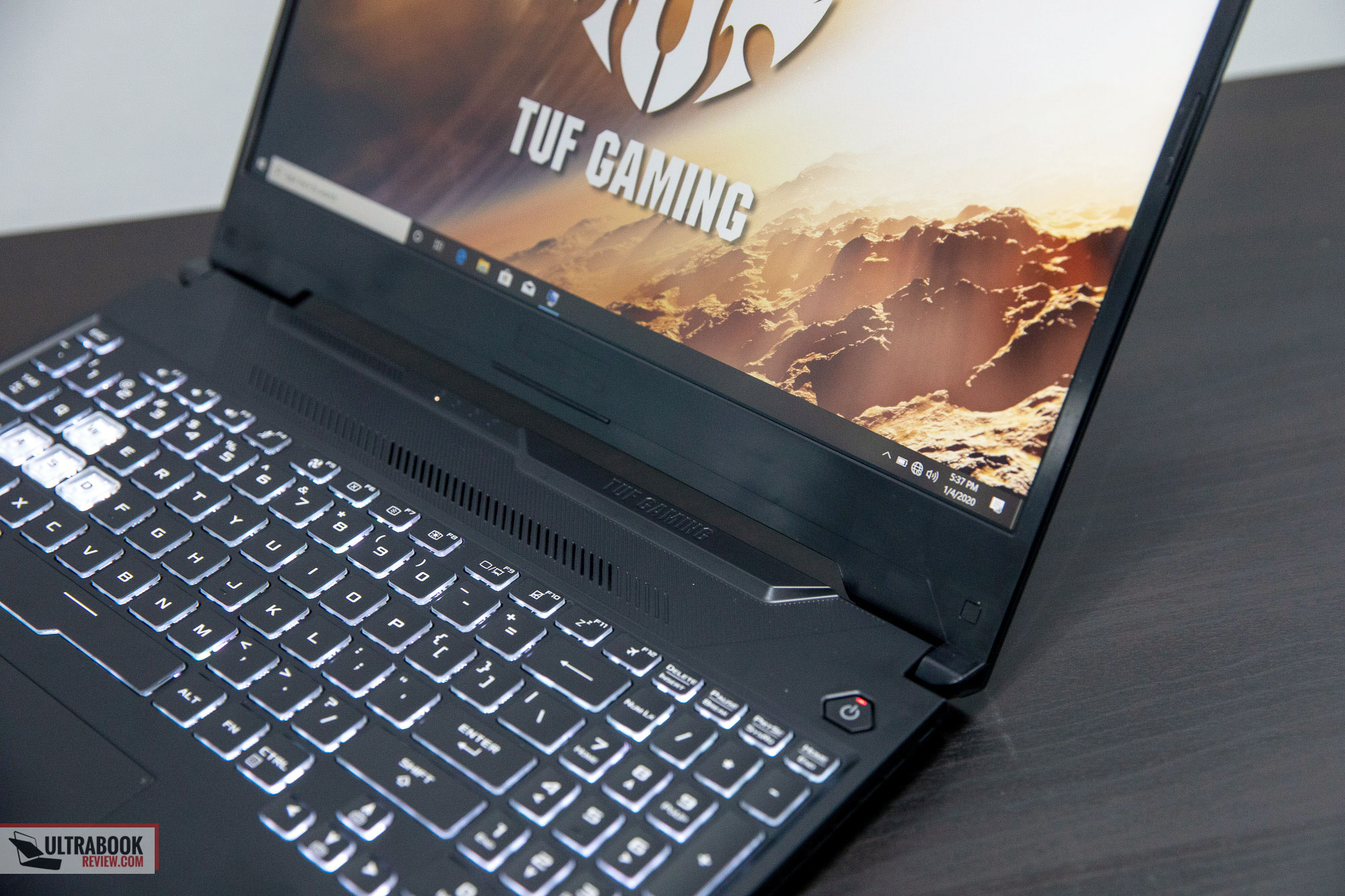 Disclaimer: Our content is reader-supported. If you buy through some of the links on our site, we may earn a commission. Learn more.
Andrei Girbea, Editor-in-Chief of Ultrabookreview.com. I've been covering mobile computers since the 2000s and you'll mostly find reviews and thorough guides written by me here on the site.
← Previous Story Lenovo Yoga Slim 7 or IdeaPad 14/15 series with AMD Ryzen-U 4000 or Intel 10-gen hardware
Next Story → Dell G5 15 SE with AMD Ryzen 9 4900H and Radeon RX 5600M graphics