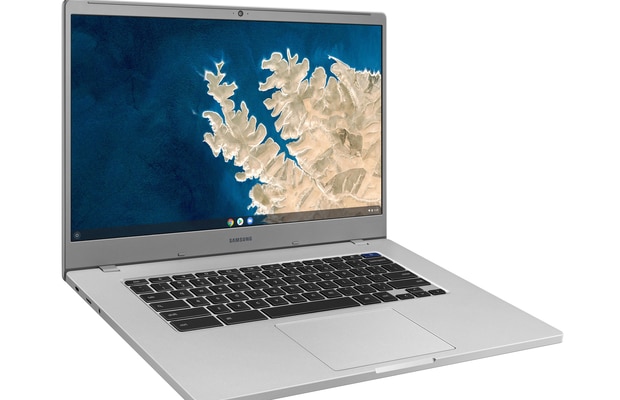 The Samsung Chromebook 3 is a decent budget Chromebook, but it’s getting a bit long in the tooth. Fans of the brand are in luck, though; Samsung recently released two successors to the Chromebook 3.

Both Chromebooks use Intel’s dual-core Celeron N4000 CPU (1.1. GHz base, 2.6 GHz boost). Additionally, the machines can be configured with either 4 or 6 GB of LPDDR4 RAM and either 32 or 64 GB of eMMC flash storage. While the CPU is a minor step up from the Chromebook 3’s Celeron N3060, the RAM and storage options are noticeable improvements.

Additionally, the Samsung Chromebook 4 and 4+ will have WiFi 5 onboard and will charge via USB-C. Both Chromebooks have a 39 Wh battery. Samsung estimates the Chromebook 4 will last 12.5 hours on a charge, while the bigger Chromebook 4+ will run for 10.5 hours on battery. The full specifications from Samsung’s press release are at the end of this article.

Samsung states that the Chromebook 4 and Chromebook 4+ will both be compatible with the Google Play Store and Google Assistant. Users can activate Google Assistant by saying the “Hey, Google” catchphrase, which is a nice feature to see at this price.

The main sticking point is the low-end processor. The Celeron N4000 is a dual-core chip that lacks hyperthreading. Considering most budget Chromebooks run on similar silicon, though, the new Samsung Chromebooks don’t seem below par.

Disclaimer: Our content is reader-supported. If you buy through some of the links on our site, we may earn a commission. Learn more.
Sam Medley is a seasoned news writer and device reviewer with a passion for telling the story behind technology. His key areas of interest are data privacy, Linux, and gaming (with a particular affinity for retro games). When he's not writing, Sam is producing music, tinkering with electronics, or spending time outside with his wife and four children
← Previous Story Nvidia’s 7nm Ampere GPUs may be launching in early 2020
Next Story → HP’s Enterprise 14A G5 and Enterprise x360 14E G1 are enterprise-grade Chromebooks targeted at businesses