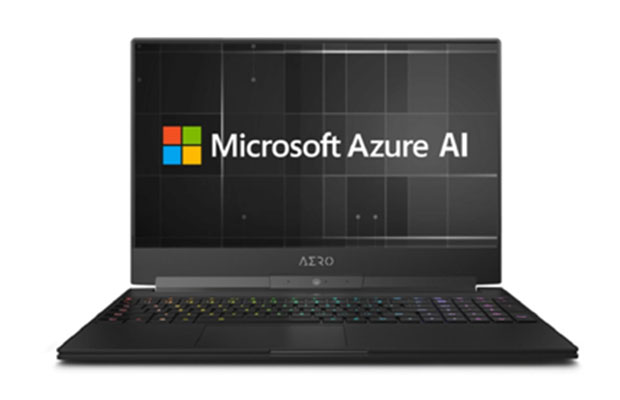 As expected, Gigabyte are upgrading their popular line in 2019 with RTX graphics and more powerful CPU options, while keeping all the other aspects and traits unchanged.

That’s perfectly fine though, as the Aeros are well built, soberly styled and get a comfortable backlit keyboard, as well as all the needed ports on the sides, so they were in no need of an overhaul.

However, there are actually two high-tier Aeros available this year from what we know so far, an Aero 15-X9 with Nvidia RTX 2070 Max-Q graphics (which we’ve reviewed over here) and a 144 Hz high refresh-rate screen, but also an Aero 15-Y9 with the Intel Core i9-8950HK processor, Nvidia RTX 2080 Max-Q graphics and a wide-gamut UHD screen with 100% AdobeRGB coverage and Pantone certification.

Check out the specs-sheet below for more details.

These are some beefy specs, but I can’t say I’m surprised Gigabyte went with this approach, as many competitors were boasting similar specs on their thin-and-lights. However, the i9 fails to meet its potential inside every other ultraportable out-there, so I wouldn’t expect any different on these notebooks.

Last year’s i7-8750H Aero 15x performs well in demanding loads, but at the same time runs hot and noisy, and leaves little headroom for faster components, so I’d expect the i9 to fare a little better than the i7 in taxing CPU chores, but still down-clock aggressively in order to prevent overheating. That can’t be a surprise for anyone, even massive laptops like the Acer Predator Helios 500 struggle with the i9-8950HK, let alone a device half its size, and with much more basic cooling. So unless Gigabyte worked out some miracle here, I do expect the i7 configurations of the Aero 15-X9 to offer the better value this year.

The real questions are how much better will the 2080 perform in comparison to the 2070 on the X9 version, and whether Gigabyte is also going to offer configurations with the 2080 and the 144 Hz FHD screen.

Based on what we know so far, the X9 looks like the better-balanced product that can cater to a larger pool of users, while the Aero 15-Y9 is a more powerful thin-and-light for creatives, perhaps an alternative to the Lenovo ThinkPad P1. Even so, that RTX 2080 seems a bit overkill for a potential portable workstation, but let’s not forget we’re only having a preliminary specs-sheet here, and configurations can change by the time these are available in stores. 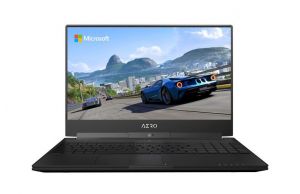 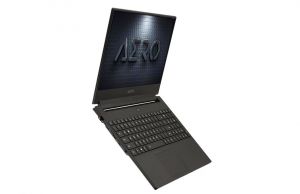 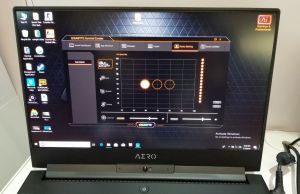 It’s also worth adding that Gigabyte claim to have worked with Microsoft to implement the cloud-based Azure AI into their 2019 Aeros. It’s hard to say what this actually does in real-life use, but it’s supposed to be some sort of AI hardware optimization that adapts the laptop’s CPU/GPU behavior to each user’s personal requirements, tweaking their wattage and frequencies, as well as the fans’ speed, in order to get improved performance, battery life and quieter use. I’d reckon that should act as an adaptive power profile, constantly joggling with variables based on the user’s activity, but remains to be seen whether it’s more than just marketing. Gigabyte claims 8-10 % gains in frame-rates and CPU intensive tasks, but we’ll see. Of course, if you don’t feel like sharing your activity with Microsoft you can disable this feature.

Other details are still unknown for the time being, including pricing and availability of the Aero 15-X9 and Y9, but we’ll update the article once we find out more.

Disclaimer: Our content is reader-supported. If you buy through some of the links on our site, we may earn a commission. Learn more.
Andrei Girbea, Editor-in-Chief of Ultrabookreview.com. I've been covering mobile computers since the 2000s and you'll mostly find reviews and thorough guides written by me here on the site.
← Previous Story MSI GE73 Raider 8RF review and benchmarks (i7-8750H, GTX 1070, FHD 120 HZ screen)
Next Story → Lenovo Legion Y540 review (RTX 2060 model, 17-inch screen)