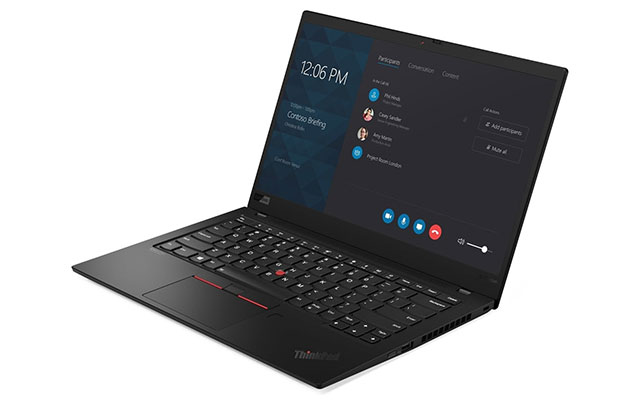 Updates of Lenovo’s top-tier ThinkPads are expected for later this year, and they’re not just the standard hardware updates, but actually address a few of their quirks and improve on certain aspects.

These updates come quite late imo, with the two lines expected to ship around June 2019, while other OEMs have been offering Whiskey Lake laptops for a few months already. However, a stated in a many of our other articles, Whiskey Lake is, for the most part, a minor platform upgrade, especially in thin-and-light chassis like these ones, but the other changes should make these products even more compelling than before.

Hopefully, Lenovo will also keep their quality-control in check this time around. Last year’s ThinkPad X1 Carbon was highly praised by reviewers, but retail models suffered from various inconsistencies in the keyboard, display and finishing quality, which are unacceptable in such premium and highly priced computers.

While the outer changes are subtle, the 2019 X1 Carbon is actually a redesign of the chassis used in the last years. It’s about the same footprint, but 1 mm thinner and marginally lighter.

Magnesium alloys and carbon-fiber/glass mixtures are still used for the shell, with a similar soft-touch finishing that hopefully won’t chip as easily. Having encountered the more recent ThinkPads X1 Extreme and P1 with similar builds, I’d say the new X1 Carbon won’t suffer from such issues this time around.

The 2019 X1 Carbon is no longer available in a Silver variant though, but instead in two black versions, one with the standard matte finishing, and another with a textured carbon-fiber weaved lid-cover, similar to what Dell’s been using on the XPS 13’s interior in recent years. Both keep the same simple interior. I’m pretty sure I prefer the all-around simpler variant, and given my experience with my XPS and past ThinkPads, both are going to be magnets for smudges and finger-oil. 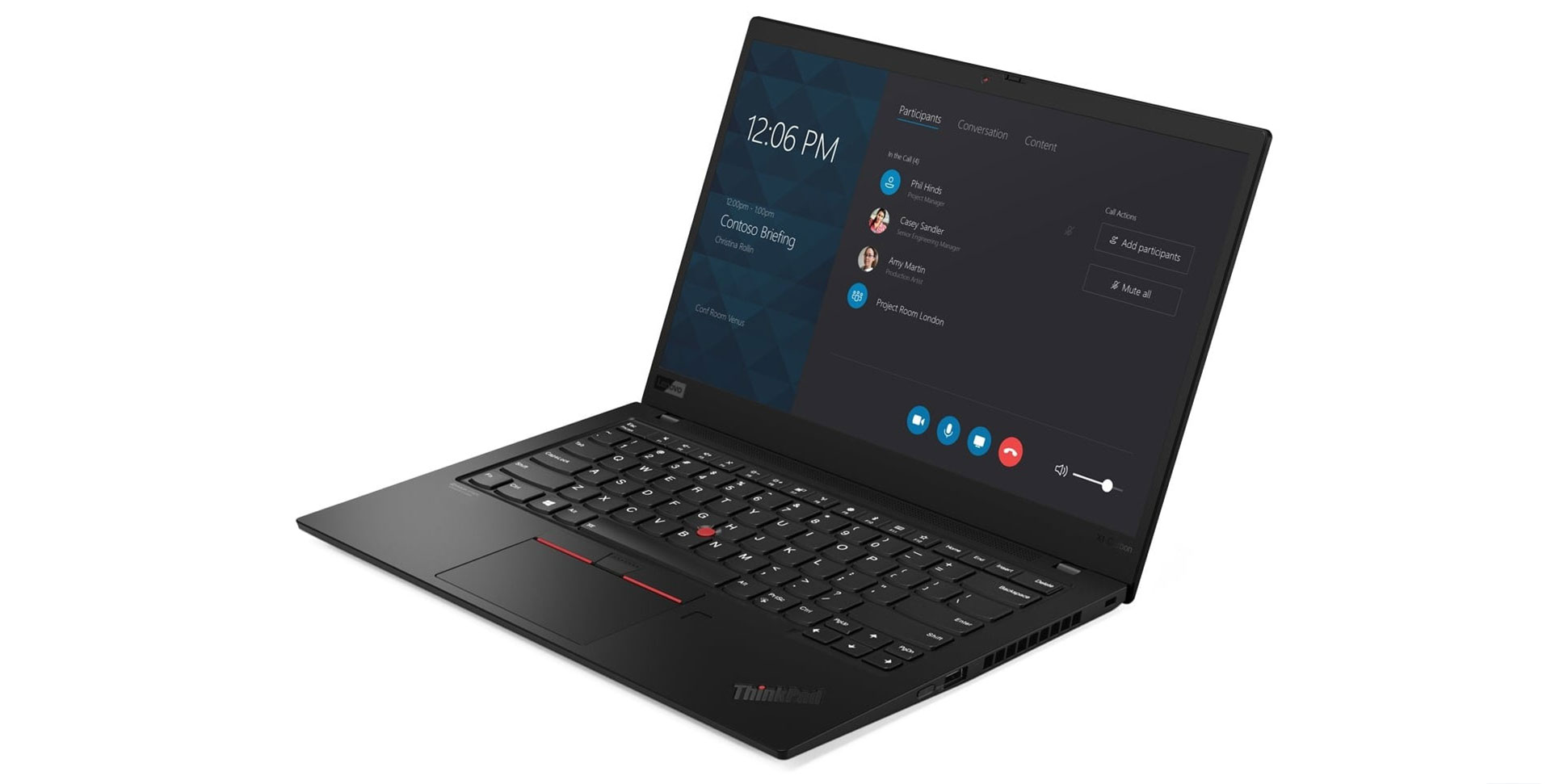 The laptop’s internals were more significantly redesigned though, primarily to accommodate the most important exterior change: the new speaker system.

There’s a grill at the top of the keyboard now, which hides a set of front-facing speakers underneath, and they are supplemented by an extra set of “subwoofers” placed on the underbelly. That’s a much-welcomed change, given how sound has historically been a weakness of past Thinkpads.

The inner redesign however only leaves room for a smaller battery (51 vs 57 Wh), leads to some port-swapping around the sides and might also imply other changes we cannot predict at this point. The IO hasn’t suffered in this transition though, as the 2019 X1 Carbon keeps the same connectivity as the previous version, including support for some Lenovo mechanical docks and the two Thunderbolt3 slots. The wireless module will most likely be updated to one of the never generation Wave 2 options, with Bluetooth 5.0; wired Internet is still possible (with an external dongle that you’ll most likely have to buy separately ) and hopefully, optional WWAN is still available as well. 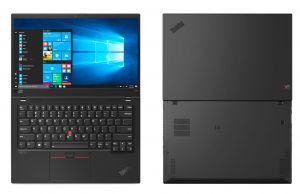 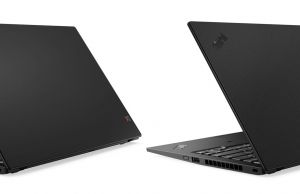 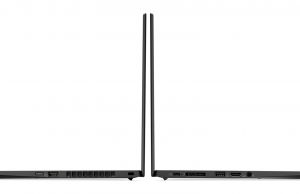 The 7th gen X1 Carbon also gets updated screens pretty much across the board, with brighter 400-nits panels for the lower-end FHD matte and touch options, as well as a UHD 10-bit panel with Dolby Vision HDR and 500-nits brightness as the top variant. My hopes go towards improved uniformity as well, as the FHD panels suffered from severe bleeding in the past, as well as improved craftsmanship that would eliminate the poorly aligned panels we’ve also seen on the 2018 model. As for that 10-bit panel, whether that’s really 10-bit or simulated 8bit with dithering like on other ThinkPads (like the P72 workstation), that’s something we’ll have to figure out in a future review.

As a side note, the ePrivacy screen choice refers to Lenovo’s new Think-Shutter camera cover that now also works with the IR cameras, while in the past it was only available on versions without the set of Hello cams.

I also wonder how will the Whiskey Lake hardware perform inside this thinner chassis. The i7-8550U inside the 6th gen X1 Carbon performed well once undervolted, but ran at 90+ degrees Celsius in continuous taxing loads, so I wouldn’t expect any significant gains for the i7-8565U, despite its theoretic ability to run at higher-clocks. We’ll see, hopefully, Lenovo didn’t mess up cooling with this redesign.

Good update, but past experience warns us to keep an eye out for hidden quirks

It improves on what was already one of the most versatile ultraportables of last year, with more recent hardware, better screens, and speakers. Unfortunately, the battery lost about 10% of its size in the process, but I guess it’s still on par with the competition. I’m definitely not a fan of this miniaturizing trend that everyone’s following these days, making computers thinner and thinner while sacrificing on features and overall experience in the process, but the X1 actually cuts off a lot less than others, and it’s not like I can do much about it anyway, so I have to accept it.

The biggest unknown around the new X1 Carbon still remains in the build-process and parts sourcing though. Like already mentioned, the 2018 X1 Carbon was highly praised by initial reviews, but people ran into various issues with the build, screen-quality or keyboards once they actually started buying them. Hopefully, Lenovo refined the process this time around, after all, this is their top-of-the-line ultraportable, but I’d still refrain from being an early buyer and keep an eye on Reddit and forums in the first weeks when these will eventually ship.

The ThinkPad X1 Carbon 7th-gen is expected in stores around June 2019, with prices starting at $1709 in the US.

Again, let’s have a quick look at the specs sheet first.

The X1 Yoga shares most design aspects and characteristics with the X1 Carbon this time around and is, in fact, a more significant update of last year’s model, with a smaller footprint, thinner bezels around the screen and a thinner profile. It’s still nonetheless a hybrid, with a fully 360-degrees convertible screen. See the clip below for more details.

It gets the hardware bump to Intel’s Whiskey Lake platforms, the brighter screen options and the UHD HDR panel, the same 51 Wh battery, the same quad-speaker system, the same keyboard, and a very similar IO. Despite all these, Lenovo still managed to squeeze a stylus inside, and while last year’s model did not get the ThinkPad doc-port, the updated version does, on the left edge, just like on the X1 Carbon.

Aside from the obvious size differences, the 2019 ThinkPad Yoga is now entirely made out of machined milled aluminum, so no longer gets the magnesium/plastic body we’re normally seeing on other ThinkPads. That means it’s only available in a dark-silver color scheme, and given how Lenovo’s been using aluminum shells on their standard Yoga devices in the past, I don’t think this transition will have any effect on the chassis’s overall strength and rigidity. Metal does feel different to the touch, so don’t expect this to feel like a traditional ThinkPad, but more like a MacBook/Yoga device. 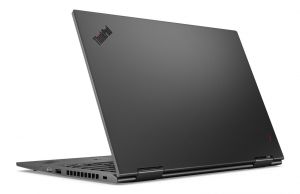 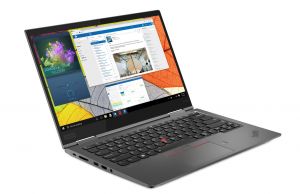 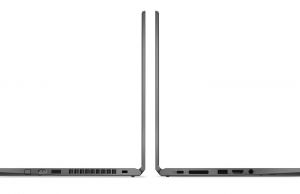 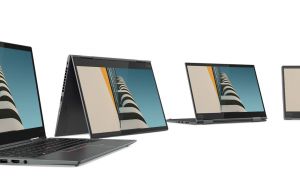 All in all, the 2019 X1 Yoga is a major update of last year’s generation and I’d expect to catch a lot of attention later in the year when shipping. Just like the Carbon variant, it’s scheduled for June 2019, with prices starting at $1929.

Stay tuned for our future reviews of both the ThinkPad X1 Carbon and X1 Yoga 2019 updates, and in the meantime get in touch in the comments section if you have any feedback or questions.