For the most part, the two are hardware updates and minor refinements of the previous-gen models, the ThinkPad X1 Carbon 10 and ThinkPad X1 Yoga 7 covered in this article.

The chassis design and overall functionality and ergonomics haven’t changed in any significant way, but updates hide beneath the surface. Among them, there are updated hardware specs and possibly tweaked software settings, designed to ensure better sustained performance and hopefully, longer runtimes on battery.

These 2023-model year ThinkPads are Intel Evo designs built on the latest 13th-gen Intel Raptor Lake hardware platform, with a choice of either Core U15 or Core P28 specs. They are paired with up to 64 GB of memory now, while the previous generations could only be specced up to 32 GB, and there’s still one M.2 2280 slot inside for SSD storage, with support for up to 2 TB gen4 SSDs.

Furthermore, Lenovo briefly mentioned they are updating the power settings of the 2023 ThinkPads in order to squeeze better performance in sustained loads. This is important, as the limited sustained performance, the rather short battery life, and the poor audio quality have been the main flaws of the X1 Carbon models for the past generations.

At the same time, this is something we’ll have to properly document in our reviews before drawing any conclusions. What was briefly mentioned in the release webcast is a 21W sustained power limit for the 2023 X1 Carbon series. I haven’t tested the previous 2022 X1 Carbon, but we did review the 2021 X1 Carbon and the 2022 ThinkPad T14s, both rather similar 14-inch designs, and both were able to run at ~20W sustained in the CineBench loop test, with very quiet fans and good temperatures.

So perhaps Lenovo could push that power limit a little higher than 21W with the 2023 model. They can also tweak the fans’ behavior under load, as currently these are set to run quietly at sub 35dBA on every available profile, so there are ways to properly tweak things for better capabilities in sustained workloads.

With that out of the way, there’s little we can discuss at this point about the Intel 13th-gen hardware platform, scheduled for release in a few weeks at CES. Expect various options for Core U15 (i5-1335U, i7-1355U – to be clarified) and Core P28 (i5-1340P, i7-1260P – to be clarified) processors, with possibly up to an i7-1380P on the highest-tier model. We’ll update this section and the specs sheet down below once we know more.

As far as the design and ergonomics go, the 2023 X1 Carbon generation is mostly identical to the 2021 X1 Carbon model reviewed here, so head-on to that article for our in-depth impressions.

In fact, the chassis design and ergonomics haven’t changed much for the last three X1 Carbon iterations, although the cooling has been slightly tweaked in order to pull in fresh air from both the bottom of the laptop and through the keyboard, without affecting its spill proofness.

The 2023 X1 Carbon is still available with two finishing options for the lid, either the standard soft-touch black or a carbon-fiber patterned variant. I prefer the feel and look of the softer coating, but the carbon-fiber option is arguably more practical, as it does a better job of hiding smudges and finger oil. 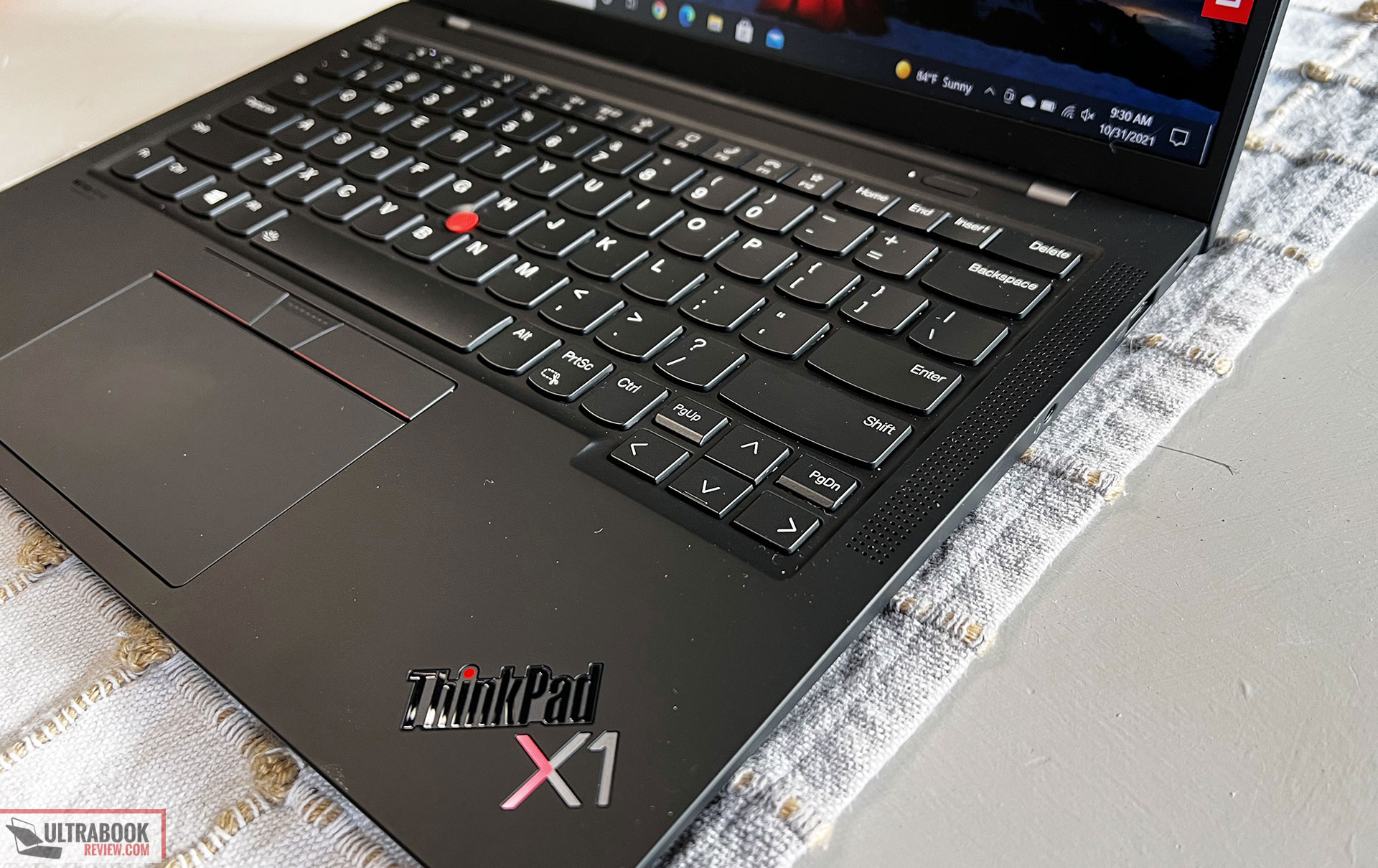 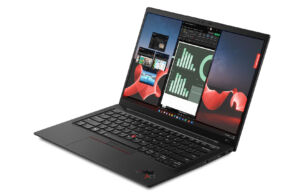 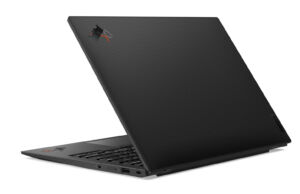 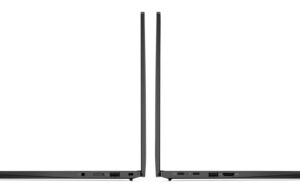 That aside, the X1 Carbon gen 11 is still a lightweight and fairly compact 14-inch laptop, starting at just under 2.5 lbs for the base configuration with the matte display. It doesn’t sacrifice practicality or the IO in the process, with an excellent selection of ports on the sides, and options for fast Wireless and 5G/LTE internal modules. It also gets an updated 2MPx camera with IR MIPI functionality, as well as a finger sensor integrated into the power button.

As far as the inputs go, this offers the standard ThinkPad keyboard + glass clickpad + Trackpoint layout, in a slightly shallower 1.5 mm stroke-depth implementation than on past models, with the 1.8 mm travel distance and somewhat firmer feedback. It’s the same I’ve tested on the 2022 Thinkpad T14s in this article – I found it alright, not great, not bad either – I have seen this bashed by ThinkPad die-hard fans, though, and I doubt the overall typing experience is changing in any way for the 2023 model.

For the screens, Lenovo have offered a multitude of panel options for the X1 Carbon models over the years, but it looks like this year they are mainly focusing on the 2.8K OLED, a panel we’ve already experienced in a multitude of other notebooks. On one side, this is awesome to look at, with the deep contrast and rich wide-gamut colors, but on the other, it’s a glossy finish and it’s not very bright (400-nits peak brightness), so not ideal for outdoor use or bright-office environments.

At this point, the available specs sheet doesn’t offer many details on the other panel options configurable on this gen11 X1 Carbon, but I’m pretty sure we’re also getting a multitude of other FHD+ panels, either matte, touch, or the ePrivacy variants. The 4K+ wide-gamut 500-nits panel is probably still an option in some markets, albeit this hasn’t been offered on the North American market for the 2022 X1 Carbon, and might still not be for the updated generation.

I do expect a slight bump in frequencies and IPC capabilities over the 12th-gen platforms in the 2022 X1 Carbon, paired with the bump in sustained power, as well as hopefully a noticeable improvement in efficiency. The past generations of the X1 Carbon were able to run for 6-8 hours of daily use on a charge, but the 2022 gen10 X1 Carbon only offered around 3-5 hours of battery life on a charge, attracting a fair bit of deserved criticism in return. I expect things to improve with the 2023 Carbon.

All in all, the 2022 Lenovo ThinkPad X1 Carbon might be able to address some of the drawbacks of the previous generation, by being able to perform a little faster in sustained loads, last a little longer on battery use, and offer a wider range of screen options and memory configurations. You’ll have to wait for reviews before drawing any conclusions on how Lenovo are able to balance things out in this X1 Carbon gen11, though.

The ThinkPad X1 Yoga is the 2-in-1 convertible kin of the traditional clamshell X1 Carbon series.

Internally, the two share the same specs, thermal design, and battery, but on the outside, they’re quite different.

The X1 Yoga is a larger footprint and thicker chassis, as it has to accommodate the convertible hinges and larger bezels around the screen to be comfortable for tablet-mode use.

This is also a heavier computer, as it is entirely made out of aluminum, and not the same kind of magnesium and carbon-fiber alloys used for the X1 Carbon; plus, this comes with a glass-covered touchscreen by default, as well as includes a pen that is holstered in its dedicated slot inside the chassis. As a result, the X1 Yoga ends up at 3+ lbs for the base configuration, while the Carbon starts at 2.5 lbs.

Furthermore, the X1 Yoga is not the traditional ThinkPad design, with a dark gray color and a tone-matched gray keyboard, as opposed to the all-black aesthetics of the X1 Carbon and most other ThinkPad models. The solid and cold pieces of aluminum do feel premium to the touch, though, like on a MacBook or an XPS, and they’re also better and hiding smudges and fingerprints. At the same time, the sharp front lip and corners aren’t as friendly on the fingertips and wrists as on the Carbon. 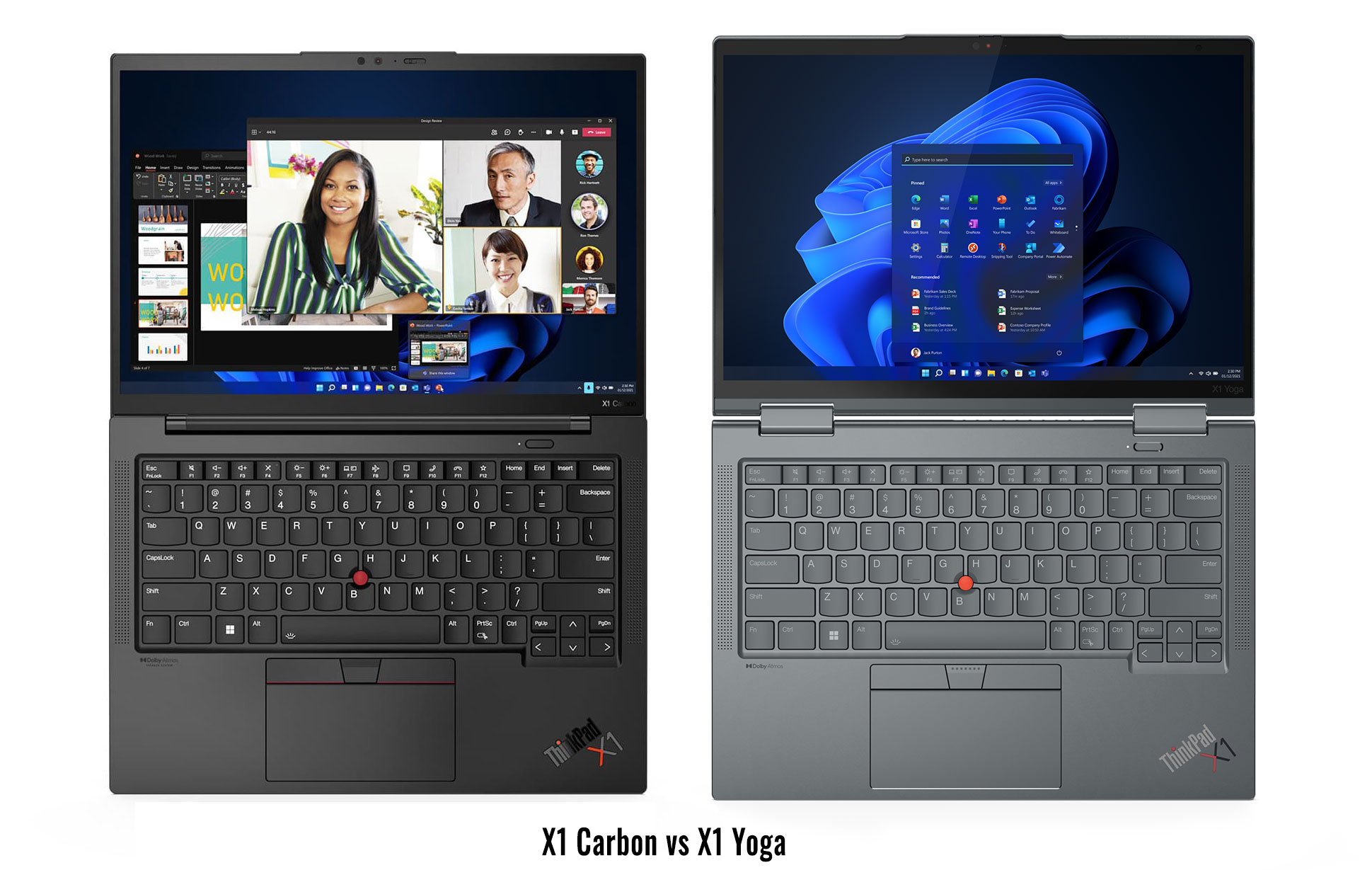 Specs-wise, the 2023 ThinkPad X1 Yoga gen 8 receives the same Intel 13th-gen hardware platforms as the 2023 X1 Carbon, with the updated software and power profiles, and the ability to configure up to 64 GB of memory on the top-specced models. The cooling design hasn’t changed, though, and nor have the speakers or the 57 Wh battery.

As long as Lenovo are able to better balance their power and fan profiles on this generation, you can expect the 2023 X1 Yoga to perform a little better in sustained loads and hopefully last for a little longer on battery use as well. You’ll have to go through reviews to figure things out, though, later in the year when this will be available in stores. 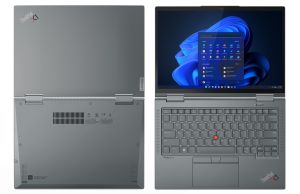 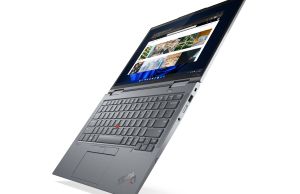 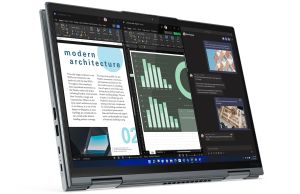 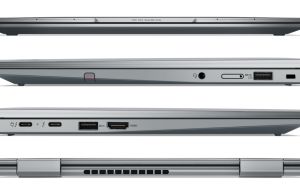 All in all, just like in the past, I expect most of you potential buyers to be primarily interested in the updated clamshell 2023 Lenovo ThinkPad X1 Carbon 11th-gen, or even the smaller and lighter 2023 X1 Nano 3rd gen, if you’re ok with a 13-inch display and somewhat limited sustained performance. However, if you’re after a premium metal-made laptop with a convertible format and pen functionality, perhaps the 2023 Thinkpad X1 Yoga 8th-gen is the one right for you.

Stay tuned for our reviews towards the middle of the year, and in the meantime, let me know what you think about these 2023 Lenovo ThinkPad updates in the comments section down below.