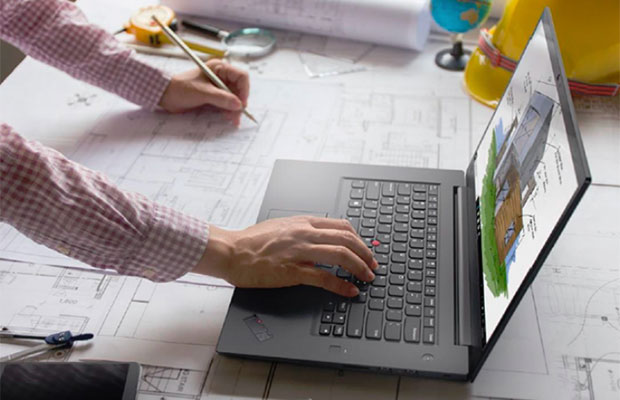 The ThinkPad X1 Extreme is the consumer version of the ThinkPad P1 workstation announced several weeks ago, and a serious contender for the Dell XPS 15, Asus Zenbook Pro and HP EliteBook 1050 lines.

Just like those three, the X1 Extreme is a 15-inch laptop with a compact build, sturdy and light-weight construction, powerful hardware (Coffee Lake processors, Nvidia GTX 1050 Ti Max-Q graphics, up to 64 GB of RAM and dual-storage) and a fair sized 80 Wh battery. Unlike the P1 though, the X1 Extreme gets consumer-grade hardware, namely up to Core i9 processors (no Xeon) and GeForce graphics (instead of Quadro on the P1).

The specs, size and screen options (especially the UHD 100% Adobe RGB panel with HDR) make it a good match for creatives and graphics professionals, but also a computer the average user with high expectations could choose as a daily driver for both work and fun. Just keep in mind you’ll be asked to pay a hefty premium for the features and build quality in this kind of a form-factor.

We’ll get our hands on this for a proper review in the months to come, but in the meantime we’ll tell you what to expect, what to particularly look into if you’re interested in the X1 Extreme, as well as how it should fare against the competition.

Update: Follow this link for our detailed review of the X1 Extreme.

This ThinkPad should have a few aces down its sleeves.

For starters, at 3.8 lbs, it is lighter than the competition, and as a ThinkPad, the sturdy construction should also be one of its main selling points. In fact, it needs to in order to compete with the XPS 15 and EliteBook 1050, two of the best build computers you can find in stores these days. If you’ve read through reviews of the existing X1 Carbon, you might have seen that buyers are complaining about the outer-finishing chipping easily around the edges and ports, as well as inconsistent finishing quality, some units shipping with a softer coating and others with a plastic-like feel; hopefully Lenovo acknowledged the issue and fixed them on this series, but nonetheless this is something to look into during your research.

As Doug puts it, Lenovo’s ThinkPad quality has dipped recently at the high-end, where people are willing to pay 2+K and expect a nearly spotless experience. Aside from the finishing issue mentioned above, X1 Carbon owners also complain about defective keyboards (Lenovo sources them from different manufacturers, and they’re not all the same), quirky finger-sensors, misaligned screens with noticeable light-bleeding around the edges and others. And it’s not just the X1 Carbon, I also had some nits with the ThinkPad T480s reviewed a while ago. I’m not saying the X1 Extreme might suffer from the same issues. In fact, due to the quality-control raffle you might even get a perfect device without any quirks. I’m just saying you should buy from places that handle claims properly and will quickly fix potential problems. As explained in this article, defective QC is more and more of an issue these days, thus post-sale support is of increased importance, especially in this price segment.

Back to those aces, the ThinkPad X1 Extreme should, in theory, have one of the better keyboards among its peers, a tight match to the EliteBook’s keyboard and nicer than what Dell and Asus put on their devices. It should also get the best clickpad, plus the iconic TrackPoint that so many swear by (myself included).

Of course, the whole plethora of features you’d expect from a business laptop in 2018 are here: vPro support(with certain i7 configurations), finger-sensor, IR Window Hello camera with a physical cover and near-field microphones array, fast wireless and Bluetooth 5.0. The EliteBook also gets most of these, but the XPS and Zenbook lines lack most.

As far as the screens go though, while the UHD version is definitely competitive, it’s also going to be expensive, so those shopping around the 2G budget would have to stick to the FHD option, which is not as bright as the FHD panels on the XPS and EliteBook. Asus is the only one to offer a FHD touchscreen, yet not a very bright one either, while with all the others you’ll have to step-up to the premium option to get touch.

Real-life performance is always a challenge with this kind of computer, and you should wait for in-depth reviews before taking the plunge on this one. Don’t expect the Core i9 configurations to perform flawlessly, this CPU needs proper cooling and that can’t be squeezed inside such thin bodies. It should work better than the i7, but you’d also have to pay a hefty premium for it, and in most cases that’s probably not worth it.

The graphics department is where the X1 Extreme might seem to fall short. In theory, with a GTX 1050 Ti Max-Q GPU, this will match the performance of the XPS and the EliteBook, but cannot compete with the full-voltage 1050 Ti chip inside the Zenbook Pros. However, we’ll have to wait for the in-depth reviews to see how this implementation performs in real use, as the Zenbooks are not actually able to take the most out of that 1050 Ti chip, thus in reality the gap might be a lot smaller than the paper suggests.

The X1 Extreme however outmatches the competition in the RAM and storage departments, with support for up to 64 GB of memory and two M.2 PCie x4 SSD slots, with optional RAID 0/1. You should however keep in mind that it still gets 2x DIMMs just like the XPS and EliteBook, and in theory all of them should support up to 64 GB of RAM, as Coffee Lake H should allow (unless software gimped in some way) up to 32 GB sticks per slot. The EliteBook 1050 is the only alternative with dual-storage, while with the others you’ll have to accept the single M.2 slot. It’s true you can get the XPS with a HDD cradle, but that’s only available in the lower-end configurations and cuts the battery to only 56 Wh.

Speaking of that, the XPS 15 and EliteBook 1050 get the bigger batteries in the class at around 97 Wh, while the Thinkpad X1 Extreme settles for 80 Wh and the Zenbooks for only 71 Wh. You should expect around 4-5 hours of daily multitasking on the FHD X1 Extreme configurations, and about 6-8 of video. 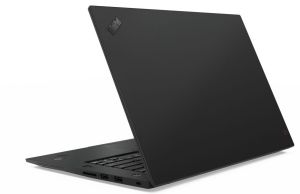 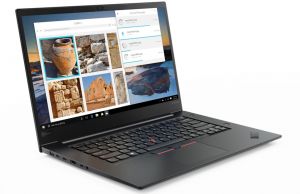 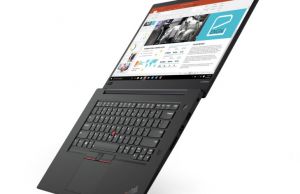 Which one’s the better buy?

As far as value goes, I feel that the X1 Extreme has what it needs to outmatch the Zenbook Pros, at least on paper. In the US, you’re paying extra for the ThinkPad, but you’re also getting brighter screens, a potentiality nicer keyboard, dual-storage and a bigger battery. However, some might prefer the ZenBooks for their unique looks and the slightly improved gaming experience of the 1050 Ti graphics, and on top of that the Zenbooks might be significantly more affordable in some regions, especially outside the US and for the higher-end configurations.

The EliteBook is a really close match for the X1 Extreme and even gets brighter screens and a larger battery, but I’d also expect it to be more expensive, so the ThinkPad might just come on top when you balance that in.

However, it’s going to be tough for the X1 Extreme to beat the Dell XPS 15 for standard users who don’t care much about vPro and all that fluff. For starters, the XPS 15 is significantly cheaper, and while it has its fair share of flaws, it’s a mature product (same design for 2+ years now) and potential buyers know exactly what to expect, plus there’s a lot of information on how to fix most of them. The XPS is also the more compact of the two, gets a nicer FHD screen and a bigger battery, while the ThinkPad keeps the extra storage and Thunderbolt slot on its side.

Update: Follow this link for a more indepth look a the X1 Extreme in our detailed review.

I expect the X1 Extreme to get cheaper down the line and perhaps even match the XPS towards the end of the year, but even so, the build, keyboard, touchpad and especially the performance need to be flawless in order to make it competitive for the average buyer and not just for business users and ThinkPad aficionados.

Disclaimer: Our content is reader-supported. If you buy through some of the links on our site, we may earn a commission. Learn more.
Andrei Girbea, Editor-in-Chief of Ultrabookreview.com. I've been covering mobile computers since the 2000s and you'll mostly find reviews and thorough guides written by me here on the site.
← Previous Story Lenovo ThinkPad T480S review (Core i7-8650U, Intel UHD 620, WQHD screen)
Next Story → Lenovo laptops: Yoga S730, Yoga C930, Yoga C630 – what to expect