Shadow of the Tomb Raider, Battlefied V and Metro Exodus – PC gaming in 2018 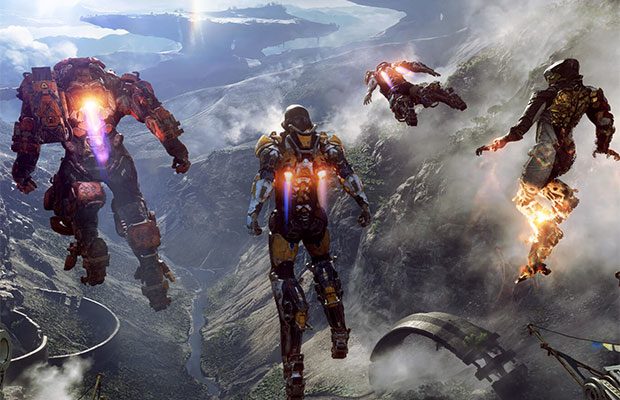 I used to play a lot of games in a previous life, and back then I was much into titles like World of Warcraft, Age of Empires, Starcraft, Red Alert, Diablo and many others.

These days I rarely launch a Civ 6 session and occasionally continue my ongoing Witcher 3 campaign that I’ve started 2 years ago an have yet to finish, so I’m no longer a gamer per-se, but I’m still interested in the gaming scene and keep an eye on the new releases and technologies involved.

I recently wrote an article about the ultraportable gaming laptop in 2018, and in this one we’re going to have a look at some of the interesting titles that are available for PC today or will be launched in the second part of 2018.

There’s an interesting mix of titles on the list of Most Popular games these days, but most of them have a major online and either co-op or competitive component, with graphics actually coming as a second with many of them.

Notebooks with a mid-range CPU and graphics chip (Nvidia GTX 1050/1050Ti) can handle games like Dota 2, LOL, Overwatch, League or Legends, Minecraft, World of Tanks and others of this kind with ease, at FHD resolution and higher details. Some other online titles require a higher end chip if you plan to cram up the details, like PUGB, Star Wars: Battlefront or GTA V, for instance, so if you’re into those, you should look at laptops with GTX 1060 graphics. And of course, for higher resolutions you’ll have to turn your attention towards GTX 1070 and even 1080 notebooks, or their Max-Q variants if you’re after a portable package.

There are still some titles with a well developed Single Player component, but from what I can tell, these are no longer the norm. The Witcher 3, Skyrim or Fallout 4 are still at the top of many best selling lists in their categories, despite their age, and newer titles like God of War (PS exclusive) or Final Fantasy XV got overwhelming praises as well, but these are mostly the exceptions among the popular games that rely strongly on multiplayer.

It’s also worth noting that Nvidia aren’t just providing the hardware for most gaming laptops these days, they also work on software technologies, tweaks and features meant to improve the gaming experience. We’ve talked about G-Sync before, which is more and more implemented on the higher-end gaming notebooks, but also about their GeForce Experience suite, which automatically tweaks a game’s settings for optimal performance, battery life or thermal/noise performance. The hardcore gamers might not want to rely on such software and rather tweak all the settings manually, but the casual user out there will enjoy having a piece of software that makes the experience simpler and optimizes settings and graphics details for his computer, in some way bringing the PC gaming experience closer to the simple plug-and-play experience provided by consoles.

In all fairness, there are also AMD graphics alternatives to the Nvidia chips mentioned above, but at the same time these are implemented on a very limited number of SKUs, and on top of that the existing AMD graphics don’t offer the same kind of performance per watt as the Nvidia options, so are not that well suited for mobile builds, at least for the time being. There are few signs this will change in the near future though, as Nvidia are going to release their GeForce 11xx Volta mobile chips by the end of the year, but hopefully AMD will also make a move.

But what about the new games that are coming for PC in 2018 and early into 2019? We’ve seen a few new launches at E3 and we already knew of a few others, which we gathered in the list below.

Metro Exodus is scheduled for release during Fall 2018 as a follow-up for the much hyped Metro: 2033 and Metro: Last Light. This is still a first-person shooter with survival and stealth elements, placed in a post-apocalyptic wasteland in Russia. The action takes place 2-years after the end of the previous title in the series, and the player assumes the role of the same Artyom, who flees Moscow and sets-off with the Spartan Rangers towards the east, alongside the Volga River and the Ural Mountains.

According to the developers, the new title offers larger levels and a non-linear story development. The player gets access to a vast variety of weapons and tools that can be customized through savaging and crafting, in its quest to fight all sorts to mutated creatures and hostile humans.

Metro Exodus also includes various graphics enhancements over the previous titles, with a dynamic weather system, a day-night cycle and an environment that changes as the story moves forward through the course of an entire year, allowing players to experience the four different seasons.

This title is also one of the first to implement Nvidia’s RTX Real-Time ray-tracing effects, which is set to offer “real-time movie-quality rendering to game developers”, or in other words enables better lightning, reflection, and ambient occlusion techniques. From what we can tell right now, RTX is going to be backed into the Volta graphics architecture and we’re not sure if it will be supported by the Pascal chips as well. The following clip shows a 4K/60 fps demo of this technology.

Anthem is scheduled for release in February 2019 as a share-world shooter. You team up with three of your friends in order to explore an open and seamless world and take on various missions, equipped with one of the four classes (Ranger, Colossus, Interceptor and Storm) of Javelin customizable exosuits. The action takes place in a vast universe and the players will spend most of their time airborne, but ca also walk the earth and dive into water.

This title is still under development, and many gameplay mechanics haven’t yet been locked down, but from what we can tell right now this game relies heavily on team cooperation and smartly synergising each character’s special abilities in order to defeat enemies and complete quests.

Shadow of the Tomb Raider

The third entry in the revamped Tomb Raider series is scheduled for a September 2018 release and succeeds the Rise of the Tomb Raider launched in 2015.

Like its predecessor, the game is an action-adventure game played from a third-person perspective. The player stakes control of the same Lara Croft and the game-play borrows most aspects from the previous title, but with various adjustments and new mechanics meant to improve exploration and make fighting and the puzzling part of the game more interesting. Among those, there’s Lara’s ability to hold her breath under water for longer time, rappel down cliffs using a rope and an improved stealth component.

The new title gets improved graphics, as well as support for Nvidia’s Ansel and Highlights technologies, that allow players to take customizable in-game print-screens and videos and easily share them with their friends.

The latest entry in the Battlefield series is scheduled for an October 2018 launch and promises to give players “World War 2 as you’ve never seen it before”.

The game is a first-person shooter and carries on from Battlefield 1 released in 2016, whose action was also placed in the same time period. Much like that previous title, Battlefield V will features a collection of single player missions based on various scenes from World War 2, as well as an enhanced multiplayer experience, with new continuous campaign modes like “Tides of War”, “Royale”, and “Grand Operations”. Grand Operations is especially interesting as a multiplayer session that takes place across multiple episodes over several days.

Other additions include the ability to create your own company of soldiers, customizing their appearance, weapons and gear, the ability to build fortifications or tow big guns to where you can better make good use of them.

This installment of the Fallout universe comes in November 2018 as a an online multiplayer action role-playing game with a survival component, and it’s the first in the series to be played exclusively online, although there are some parts that you’ll be able to play alone as well.

The game will be released with public servers at launch, but the ability to create private servers for just you and your friends to join will be added later. Real life locations will be included, and all the players in the game are real human players, with no NPCs.

The action takes places in the post-apocalyptic universe that characterizes the Fallout series, and players get all sorts of abilities, like the option to create parties, build bases on any area of the map and the ability to launch nukes at each other.

* This article is part of a sponsored campaign

Disclaimer: Our content is reader-supported. If you buy through some of the links on our site, we may earn a commission. Learn more.
Andrei Girbea, Editor-in-Chief. I've been covering mobile computers since the 2000s and you'll mostly find reviews and thorough guides written by me here on the site.
← Previous Story Qualcomm doubles-down on always-connected PCs with the Snapdragon 850
Next Story → Intel Core i7-8750H benchmarks (Coffee Lake, 8th gen) vs i7-7700HQ and i5-8300H