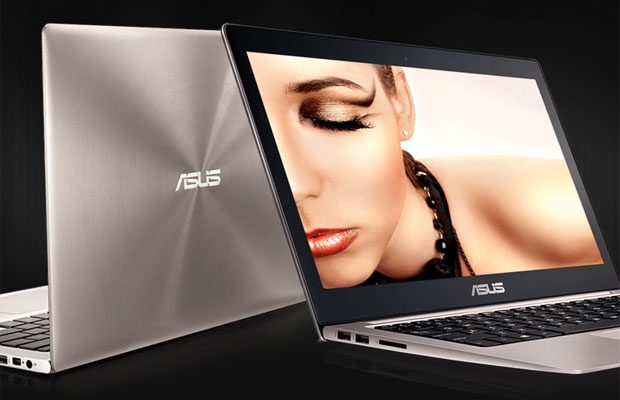 If you’ve been following ultrabooks in these last years, Asus’s Zenbooks should definitely sound familiar. The UX303 is their flagship line for the second part of 2014 and probably for the first half of 2015 as well and there will be at least two different models in this series, based on what we know right now, the UX303LA and the UX303LN.

We’ve seen a similar approach from Asus in the past, with the UX32A and UX32V in 2012 and then the more recent UX302LA/LG and UX32LA/LN. The LA appendix is reserved for the lower-end version in a series, while the LN (or LG on other Zenbooks) points towards the higher end models, with dedicated graphics and sometimes a few extra features. The same stands for the UX303 line.

Now, I did review the Zenbook UX303LN a few weeks ago and I actually like it a lot. Check out the detailed post for more details. I haven’t reviewed the UX303LA and I probably never will, but in many, many ways, the UX303LA and the UX303LN are identical. They share the same body and platform, same keyboard and trackpad, same ports and connectivity options, same battery, etc. The minor differences are visible in the specs comparison below, and we’ll get in depth with them in the next sections of this post.

The Zenbook UX303 family has at least two members: the UX303LA and the UX303LN

The official specs sheets are available on Asus’s website, and the available configurations that I’m aware of are listed below (these might differ from region to region though). I also added my video review of the UX303LN, in case you’re interested in more details about this series.

From what I know right now, the base versions of the UX303LA might lack a backlit keyboard, while the top UX303LA configuration and all the UX303LNs it by default.

Also, it’s worth noting that all these come with 4 GB of RAM soldered on the MB and an extra DIMM that can take an up to 8 GB memory module. All configurations house an M.2 connector that can accommodate an mSATA like half-size pen-SSD. The connector is only occupied in the base UX303LN configuration, by the 16 GB caching SSD. On all the others, it is free and easily accessible, as you can see in here.

Last but not least, you might notice that the UX303LA is not considerably cheaper than the UX303LN. In fact, the gap is roughly 50 to 100 euro, base on configuration, so unless you really don’t care about graphics performance or want a particular setup that’s only available for the LA (like the i7+ FHD touchscreen, for instance), I’d say the UX303LN is going to be the better buy here in most cases.

However, I do expect the UX303LA to become more affordable in the next months, while the UX303LN is already aggressively priced and will probably not see that many discounts. So in time, with proper price-cuts, the UX303LA could be worth considering as well. Just keep an eye on the available deals and choose what best fits your needs.

First of all, there’s the screen. The UX303LA is going to be available with a 1600 x 900 px resolution non-touch non-glare TN panel for the Core i3 and i5 configurations, while some Core i5 and i7 bundles will get a 1920 x 1080 px touchscreen with an IPS panel. The UX303LN on the other hand gets a non-glare non-touch 1920 x 1080 px IPS panel for most of the available configurations, and a higher density 3200 x 1800 px IGZO IPS panel for the top one, which is identical to the one I had on my review unit.

It’s worth noting that the 3200 x 1800 px panel suffers from severely skewed colors (mostly yellows, but the others as well) and that could only be addressed with a BIOS update, but Asus have yet to deliver it, although many, many months have passed since they started selling this machine. So if you want a laptop that’s color accurate, you’d have to look otherwise. The FHD panels do not suffer from the same issues.

Now, it seems that the UX303LA is not going to get the FHD non-glare panel, while the UX303LN will not get the FHD touchscreen, which kind of limits your options somewhat. For example, if you wanted a touchscreen on the LN, you’d have to go for high-resolution panel as well, which leads to potential issues (Windows scaling problems, lower efficiency). Even so, the LN is one of the very few modern ultrabooks bundled with a matte panel and this alone could be enough to draw attention.

The other major difference is the lack of the dedicated graphics chip on the UX303LA, as already mentioned several times above. In its absence, the LA relies solely on the integrated Intel HD 4400 chip, which is not that bad, but it’s not really meant for gaming. Even so, you can run even some of the latest titles in 13 x 7 with very low details, but don’t expect to get playable framerates each time. 2-3 year old games though should run fine in these conditions. I did test a few games on the Intel HD 4400 chip a while ago and the results are available here, if you’re interested.

The UX303LN on the other hand is a lot more capable when it comes to games, both at 13 x 7 and at 19 x 10 resolutions, as you can see from here. On the other hand, the LN will also run hotter than the LA and will probably not last as much on a charge, but that majorly depends on what exactly you’ll be doing on it and whether the Nvidia chip kicks ON or not (the UX303LN disables the dedicated chip automatically when performing low end tasks, in order to preserve battery life).

If you want a sleek 13 inch laptop with beefy hardware and dedicated graphics able to handle games fairly well, the Asus Zenbook UX303LN does not have a match right now. In fact, all the available gaming ultrabooks that could stand next to this Zenbook performance-wise are bulkier and larger, while other 13 inchers, like the Asus UX302LG for instance, don’t pack the same kind of firepower. But the UX303LN is not just about muscles and a pretty face, it checks most of the right boxes for a modern computer and it’s properly priced.

The UX303LA is a snipped version of the LN, without the graphics and with some different screen options. But it’s not a lot cheaper than the UX303LN, so imh, the 50 to 100 euro (or US dollars) you’ll be saving for the LA over a similarly configured LN at launch are not worth what you’ll be loosing. Take a good look at the available configurations in your country and do that math yourself. In time though, when the UX303LA will get discounted (and I’m confident it will fairly quickly), choosing between these two will make more sense. For now though, the UX303LN offers more for the money.

On top of that, the UX303LA has a to face a lot of potential rivals, and good ones, like the HP Spectre 13T-3000, the Dell XPS 13, the Lenovo Yoga 2 Pro, the Acer Aspire S7-392 or the Sony Vaio Pro 13, to name just a few, which are closely priced these days to Asus’s option. And that means that some of you will probably like more one of these, or maybe some of the other top 13 inch ultrabooks of the moment over this Zenbook. 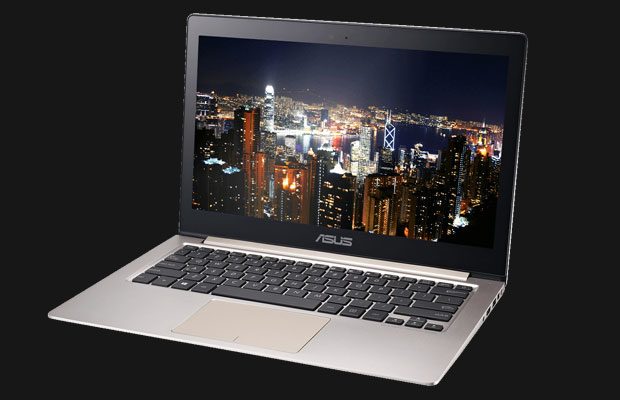 The UX303LN is an unbeatable device, but the UX303LA needs to get cheaper before it becomes competitive

Anyway, this wraps it up for now. Hopefully this quick comparison between the Asus Zenbook UX303LA and the UX303LN helped you understand the exact differences between the two members of the same series and helped you decide if either one of them is the right pick for you. The comments section is of course open, so if you have anything to add or any questions, just shoot, I’ll be around to reply.