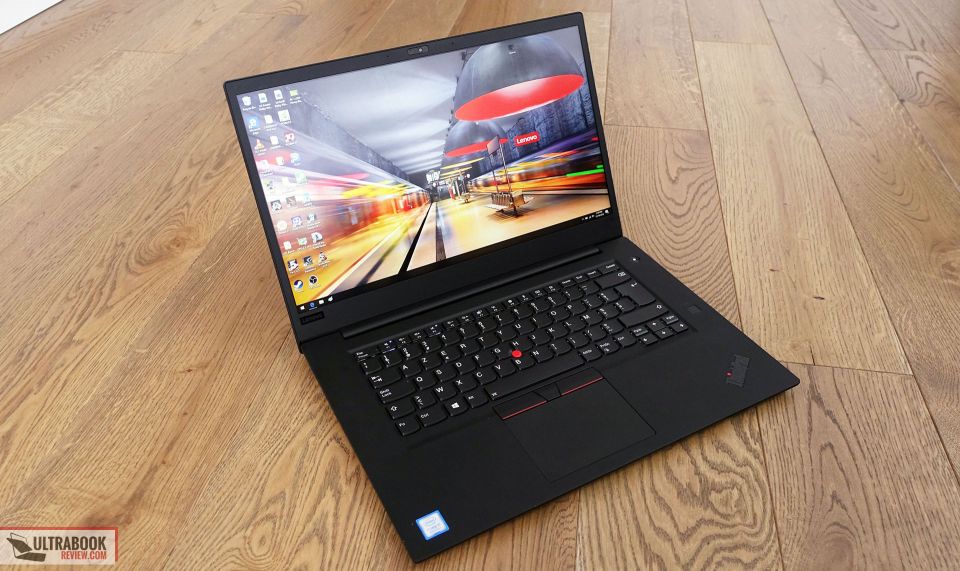 I previously wrote in my long-term review for the Lenovo ThinkPad P1 (essentially the same laptop as the X1 Extreme except with Nvidia Quadro GPUs instead of GeForce) that it was my favourite laptop of 2019, and one of the best all-around laptops I’ve ever used.

Still, the X1E/P1s are not without their share of flaws, and for them to keep their crown in 2019, Lenovo are going to need to step their game up. Word is that Dell is finally taking the deserved criticism of their XPS 15 to heart and will be looking to overhaul the aging platform for the XPS 15 9580/9590, and that means Lenovo can’t afford to rest on their laurels and simply put out the exact same laptop again with minor spec bumps.

In this article, I will provide my two cents as a long-term user of the ThinkPad P1 on what improvements I’d like to see for the P1/X1E Gen 2.

Leaks put the X1E/P1 Gen 2 (hereon just referred to as the X1E for brevity) as a likely announcement in August of this year, which limits the possibilities for what kind of hardware improvements we might expect in terms of CPU, particularly.

It’s no secret that Intel has hit a wall with their lithography for the past few years. The latest leaks suggest that desktop and H-series 10nm may be pushed off until 2021 or even beyond, and that means not to expect any meaningful improvements in performance per watt for at least a couple more years. At the moment, that means the best case we can expect for new CPU options in the X1E Gen 2 are going to be the fairly underwhelming 9th generation Coffee Lake Refresh i7-9750H CPUs. As we recently covered on the site, the only real draw of the i7-9750H is its 12MB L3 cache (vs the 9MB L3 on the 8th gen Coffee Lake H-series chips). Given that the X1E and other similar laptops face thermal and power-limit ceilings even with the i7-8750H, one should not expect any practical performance improvements in general usage with the i7-9750H except in the most particular circumstances. 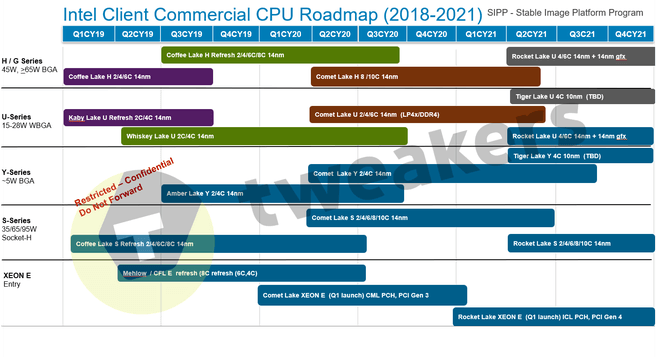 In short, the second generation X1E is likely only to see 9th generation i7 Coffee Lake Refresh CPUs, and this will translate to negligible performance and efficiency improvements in actuality. It will be the least important update to the X1E series by far.

Nvidia has been struggling a bit with their lithography as well, though not nearly to the point Intel has been. The RTX 20xx series GPUs offer a decent improvement for desktop users, but the price/performance ratio in laptops still doesn’t offer a compelling argument to upgrade. What’s more is that laptops as thin and light as the X1E just can’t handle the heat of even the RTX 2060 Max-Q, leaving likely upgrades for 2019 being the GTX 1650 Max-Q and its Nvidia Quadro analogues for the P-series (the XPS 15 will suffer the same fate, for those Dell fans hoping for RTX 20xx-series cards). This is not the worst thing in the world, however, because unlike the 9th generation Intel chips, the GTX 1650 Max-Q looks to offer as much as a 33% performance improvement over the current GTX 1050Ti Max-Q.

That’s not a bad bump in graphics performance to expect for the X1E Gen 2, considering, and it’s probably going to be the only performance-related improvement to rationally expect for 2019.

Of course, that 33% increase in performance will be entirely dependent on Lenovo updating the next item of concern: the cooling solution.

Pascal and Turing are more than ever dependent on their turbo-boost speeds to provide increases in performance over previous generations, which means that performance is now (also more than ever) subject to variations in cooling solution effectiveness.

The cooling solution will need to be beefed up for any hope of harnessing the power of updated CPU and GPU components.

The X1E and P1 are at the moment barely able to run the i7-8750H at higher turbo clocks for sustained loads, and doing so makes careful repasting and significant undervolting (-100 to -150mv) a necessity. Given that the i7-8850H and Xeon CPUs are barely running any faster than the i7-8750H due to thermal constraints, a better cooling solution will be needed to see any benefit at all for the 9th generation Coffee Lake Refresh chips. The same is even truer for the expected Nvidia GTX 1650 Max-Q upgrade, which will be unable to hit close to its peak boost clocks without improvements in cooling.

Currently, the X1E makes use of a dual-heatpipe assembly that is shared between the CPU and the GPU and a couple of fans. The fans are not the largest for laptops in this class, nor do they spin up aggressively on high load even with “maximum performance” fan profiles selected in Lenovo Vantage. Improvements could thus be made by (1) using a slightly more robust heat pipe assembly (which would increase weight slightly), (2) separating the shared heatpipe assembly so the CPU’s heat does not affect the GPU’s performance, or (3) using slightly larger fans in order to improve overall air flow. Any one of these improvements would be nice to see for the X1E Gen 2.

One of my biggest gripes with my P1 remains the fingerprint scanner. It still functions properly less than 25% of the time, and the sensor seems to have particular issue reading my finger with even the slightest bit of moisture/humidity present. A faster and more accurate fingerprint sensor — perhaps integrated into the power button — would be a welcome improvement.

Another option that would be nice to see (no pun intended) would be a Windows Hello IR Cam option for the FHD display. One of my favourite features on the XPS 13 last year was the IR Cam (though it’s now absent from the XPS 13 9380, interestingly), as it greatly enhances the user experience of the device. Currently, the IR Cam is available on the 4K panel option, but not the FHD option with the ThinkShutter.

The X1E currently offers a 300-nit matte FHD and a 400-nit glossy UHD panel with touch functionality. I would love to see a couple more options for displays made available on the upcoming iteration: (1) a matte FHD with touch and (2) a low-power FHD non-touch option. Having to settle for a 4-hour battery life just to get touch functionality is a huge sacrifice that many (myself included) are not willing to make, and offering a matte FHD display with touch like the X1 Carbon 6th Gen did would help bridge that gap. Offering one of the new low-power displays (measured as using 41% less power than the usual displays) would be a great option for those who are interested in getting the most out of their laptops on the go — especially since the X1E lacks an external battery option.

The first generation of the X1E disappointed in the audio department by utilizing downward-firing speakers, but it’s a possibility that Lenovo may be making moves towards upward-firing speakers based on their other laptop designs this year. One of the most welcome improvements we could hope to see in terms of design would be perhaps a (perhaps more robust) pair of upwards-firing speakers on either side of the keyboard.

The final niggles I’d like to see squashed are the somewhat unruly middle scrolling button, which has a habit of being unrecognized as being depressed while scrolling, leading to the cursor flying away and the scrolling action being cancelled. It’s a minor functionality issue, but it’s one that happens multiple times per day and results in a significant annoyance each time.

Lastly is the ongoing issue of the keyboard incorrectly detecting adjacent keys pressed together in rapid succession. E.g. pressing “sd” very quickly will sometimes yield an input of “ds”; typing “download” will reliably result in “downloda” when typed above a certain WPM. This affects fast typists most, and you will probably not notice it if you don’t type reliably above 80 WPM, but it is a frequent issue for me. I believe Lenovo has taken steps to fix this firmware issue on their E-series ThinkPads, but it is still present in their T and X-series lineup.

What NOT to change

Hopefully Lenovo does not sacrifice upgradability and and serviceability by reducing the dimensions or weight of the X1E as they have for the X1 Carbon 7th Gen. The X1E is already extremely light for its class, and its chief advantages in terms of design lie in the dual RAM and m.2 NVMe sockets. Soldering any more components or removing existing modularity would be the death knell for the X1E in terms of its chief selling points. Lenovo has recently been worrying ThinkPad users by removing the external batteries and soldering more components on their (previously) venerable T-series of laptops (the T480 being referred to as the last “real” T-series laptop for this reason), and we very much hope that this creeping Apple-like decay of functionality stops here and now.

The X1E and P1 remain some of the best laptops you can buy in 2019. Hopefully Lenovo makes some of the above improvements to the upcoming 2nd gen, but for those interested in saving a few bucks, the August release of the X1E Gen 2 will mean a great opportunity to pick up refurbished and used first-generation X1Es. The wall that Intel has hit with their 45W CPUs means that there will be little reason to upgrade for the next couple of years in terms of CPU performance, but bumps in graphics performance and refinements in design will continue to drive upgrades for iterations on not only the X1E, but other similar designs in the market.

Do you have any wishes for the X1E or P1 that we’ve missed? Please leave a comment and we’ll try to get back to you!