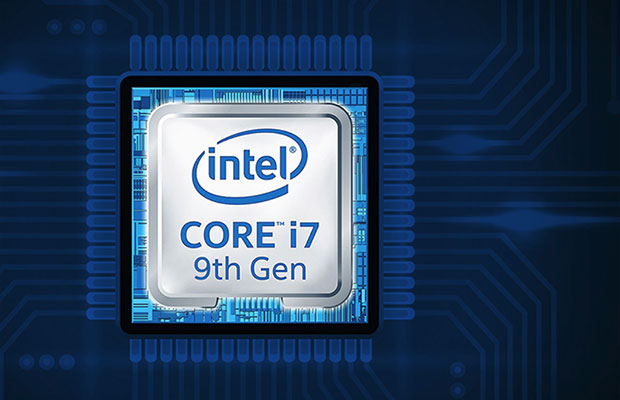 If you’re looking for a modern gaming or high-performance laptop in the second part of 2019 and first half of 2020, that’s most likely running on an Intel 9th gen Coffee Lake-Refresh hardware platform with the Intel Core i7-9750H processor.

This replaces last year’s mainstream option, the 8th gen Core i7-8750H CPU, but it is only an incremental refinement, as still a 45W TDP 6-core/12-thread mobile processor based on Intel’s revised 14++ nm lithography.

So what does this actually mean? Down below we’ll talk about the i7-9750H’s main architectural traits and features, how it fares against the i7-8750H and the previous generation i7-7700HQ, as well as what you should expect in terms of benchmarks results and real-life performance in games and other demanding CPU loads.

That being said, the Core i7-9750H is a six-core processor with HyperThreading and TurboBoost, part of the Intel Coffee Lake-Refresh H family of high-performance mobile processors. Its 6 Cores get a Base Clock speed of 2.6 GHz, a .4 GHz bump from the previous generation,  and can Turbo up to between 4.5 GHz (Max Single Core Turbo) and 4.0 GHz (Max 6-Core Turbo). The i7-9750H also gets 12 MB of L3 cache, a 33% increase, as well as integrates a similar Intel UHD 630 iGPU clocked at 1.15 GHz. Check out the table below for more details. 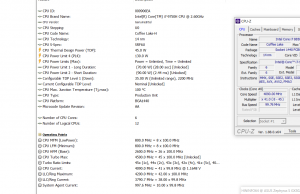 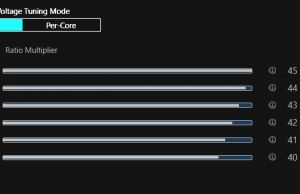 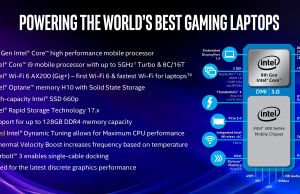 There aren’t any other significant architectural differences between the Coffee Lake and the Coffee Lake-R i7s, but there are a few other interesting side-aspects of this 9th gen Core platform worth mentioning, like the official support for 32 GB RAM modules, allowing up to 128 GB of RAM on high-tier devices with 4 memory DIMMs, as well as integration with Intel’s new AX200 Wi-Fi 6 wireless card, which will probably make its way into many of the higher-tier designs. Thunderbolt 3 is still not baked into the SOC and requires additional controllers, just like before.

Much like in the past, the i7-9750H sits at the middle of the Coffee Lake-R stack, with Core i5s (4C/8T) at the bottom, and two Core i9 models, with 8 Cores, 16 Threads and overclocking ability on the high-end i9-9980HK, which we’ll further discuss in a separate article.

As far as the performance goes, you’re probably aware by now that each notebook is different and the hardware’s performance is highly dependant on both the thermal and power designs. Since the 9750H is pretty much a higher-clocked version of the 8750H, it’s not going to perform significantly better in most units, but it will run at slightly higher clocks in those whose thermals will be able to accommodate its higher clocks. However, don’t forget there’s only a .1 GHz bump in all-core Turbo between the two generations, as the i7-8750H can run at a maximum of 3.9 GHz in 100% all-core loads, while the i7-9750H is designed to run at up to 4.0 GHz in similar conditions.

That’s why the 9750H will show its strength in applications that can benefit from its 33% extra L3 cache memory, but for the most part, the vast majority of users won’t be able to tell the difference between the two in real-life use.

In fact, the difference is small even in benchmarks, based on our first encounters with the i7-9750H. Down below we’ve gathered some benchmark results of the 9th gen i7 in the Asus ROG Zephyrus S  GX502GW, one of the better thermal/power designs in the ultraportable niche, so pretty much one of the best performing implementations of this CPU. We’ve put them side by side to results of the Asus ROG GX701GX and Lenovo Legion Y740 for comparison, two of the better 8750H implementations on the market (once tweaked), as well as an average of different 8750H builds, based on Notebookcheck’s larger pool of data. We also threw in the i7-7700HQ’s average next to those, for those of you looking to upgrade from an older laptop to one of these newer generation devices.

Don’t forget these are best-case results on a properly cooled implementation with a 65+ W TDP limit and a slight -50 mV undervolt, one that is able to maintain a stable 4.0 GHz Turbo Clock speed in our Cinebench R15 loop test, as shown in the picture below. Most other i7-9750H SKUs will be limited at only 45 Ws and won’t benefit from a similar thermal design, thus won’t be able to hit this kind of scores, and will fare closer to the average i7-8750H model. We’ll update the results above with an average of several 9750H builds, once we get to reviews enough units. 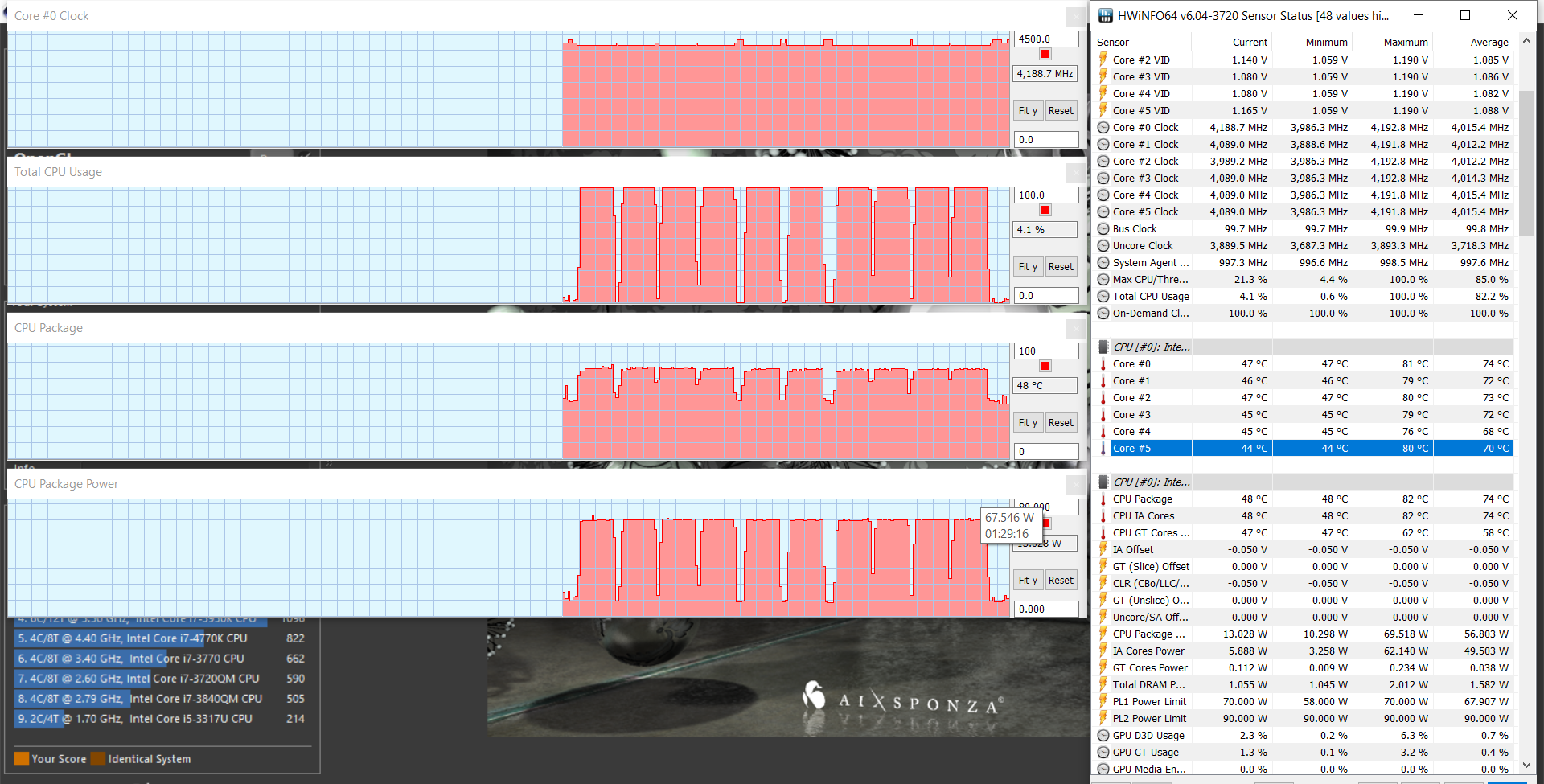 Knowing all these, we can draw a few simple conclusions. First of all, if you’re in the market for a gaming laptop, a Core i7-9750H configuration is not a must. In fact, if you can find the same model with an i7-8750H CPU with a discount, that would be the smarter choice, and on top of that, keep in mind that you don’t really need a 6C/12T processor for gaming anyway, so perhaps one of the exiting 8/9th gen Core i5s might better fit within your budget and perhaps allow you to squeeze in a better GPU, which actually makes a difference with games.

On the other hand, if you’re in the market for primarily a performance laptop with a powerful processor and lots of RAM, you should look at the existing 9750H models, not necessarily for the increased CPU performance, but mostly because of the increased amount of L3 cache and support for the 32 GB RAM slots, if that is within your plans (and budget, because those 32 GB DIMMs are very expensive).

Of course, it comes without saying that upgrading from an i7-8750H configuration to one of the newer i7-9750H models won’t make much sense, unless there are other features that you’re after, like a better design, screen or GPU. If you’re coming from an older laptop, though, perhaps something built on a 6700HQ and 7700HQ, any of the 6-Core i7s are a significant bump in performance, and you might actually want to look at one of the newer 9750H models not for the extra CPU performance, which is negligible, but because there’s a good chance these newer devices offer traits and features that the older 2018 variants might lack.

Bottom point, the 9th gen i7-9750H is just an incremental upgrade of last year’s i7-8750H, and won’t offer a significant performance boost in everyday use, games or even in most demanding loads, with the exceptions of those that can benefit from its increased amount of L3 cache. That’s why, if you’re looking for a faster laptop platform, you should either check out the 9th gen 8C/16T Core i9 builds, the few 9th gen i9-9900K desktop-replacement implementations, or perhaps some of the Ryzen SKUs that might be available in the near future.

Disclaimer: Our content is reader-supported. If you buy through some of the links on our site, we may earn a commission. Learn more.
Andrei Girbea, Editor-in-Chief of Ultrabookreview.com. I've been covering mobile computers since the 2000s and you'll mostly find reviews and thorough guides written by me here on the site.
← Previous Story Dell XPS 13 9380 2019 – reviews, what’s changed from the XPS 13 9370
Next Story → Subcontracting is the Worst-kept Secret in the Computing Industry, and it’s Ruining Everything