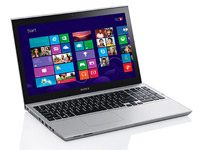 A while ago I’ve tested the Vaio T13 and in the meantime Sony has two more ultraportables on the market, the T14, which comes with a 14 inch screen, and the T15, with a 15.5 inch screen.

This way, if you were after a Sony ultrabook but wanted something bigger than the T13, more powerful or with extra features, Sony has now delivered.

Anyway, the two keep the same design and aesthetics we’ve seen on the 13 inch T13, with a magnesium and plastic body that feels sturdy enough. Other from the looks and the similar overall shape, there are plenty of other common points between the two T series, but also some differences. Let’s take them one at a time.

The Series T 14 is a medium sized ultrabook, weighing about 4.6 pounds. It packs a 14 inch touchscreen with a standard LED panel and 1366 x 768 px resolution.

The laptops runs Windows 8 and inside you can configure it with Intel Core i5 or i7 processors, up to 8 GB of RAM, Intel HD 4000 integrated graphics and various storage options, from hybrid solutions with a 500 GB HDD and a 24 GB SSD, to up to 512 GB SSDs. There’s also a DVD burner included, but only a 4 Cell 3760mAh battery. 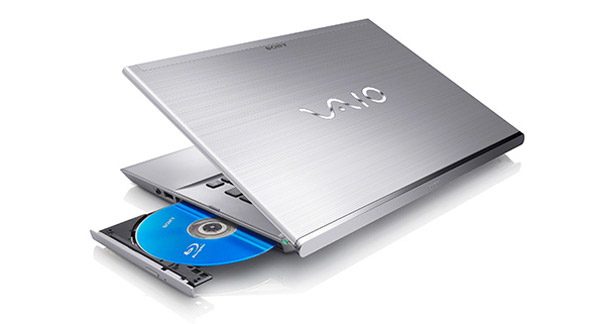 The Vaio T14 is on oversized version of the t13, with a touchscreen

The T15 is slightly bigger than the T14, packing a 15.5 inch screen with a Full HD 1920 x 1080px LED panel, although an IPS panel would have been more appreciated for sure. The laptop is also larger than the average ultrabook, weighing 5.2 pounds, but still measuring around 0.9 of an inch in thickness.

The hardware options inside are pretty much on par with what you could get on the T14, with some exceptions: the T15 can also be paired with an Intel Core i3 processor and a Blu-ray burner, if needed. As a result, the basic config starts at around $770, but the T15 also packs the same small 4 Cell battery, so you shouldn’t expect it to last for more than 3 hours on average use, which is a bummer.

Other from that, the T15 packs a backlit keyboard, while the T14 does not, And there’s also a NumPad area included on the larger unit. As for the ports, both laptops offer VGA, HDMI, card-readers, Ethernet and 1 xUSB 3.0 slot, but the T15 packs two USB 2.0 slots, as opposed to the only one on the T14. 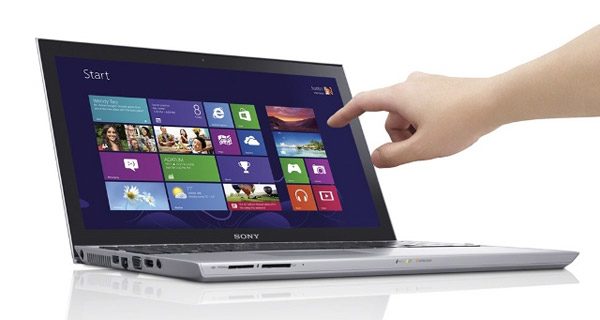 Those being said, and as I was expecting, the T14 and the T15 are mainly larger kins of the T13. Yes, the new versions pack a touchscreen, but the issues that dragged down the T13 in my review are still here: the sub-standard battery life and the rather poor keyboard. If you can live with those though, these Sonys should be decent picks, especially since they are competitively priced.

Disclaimer: Our content is reader-supported. If you buy through some of the links on our site, we may earn a commission. Learn more.
Andrei Girbea, Editor-in-Chief of Ultrabookreview.com. I've been covering mobile computers since the 2000s and you'll mostly find reviews and thorough guides written by me here on the site.
← Previous Story Asus Zenbook UX51VZ review / Asus U500 – top notch 15 inch ultraportable
Next Story → Asus Vivobook S400CA review – an affordable ultrabook