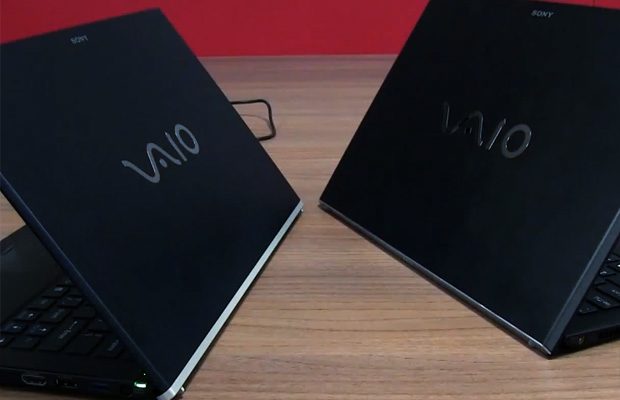 During the last years, Sony’s Vaio Z was among the best, if not THE best, business ultraportable on the market.

This year though Sony decided to bring the Z to a halt, and offer a different kind of successor. And so the Vaio Pro line of ultrabooks was born.

Although some of you might argue that the Vaio Duos are the true successors for the Zs, the Duos are sliders, while the Pros are regular laptops, so closer to the older models, both in terms of form factor, but also in terms of main features.

I’ve just recently reviewed the Vaio Pro 13 here on the site, and you should check out the clip and the article for more details about it.  In the video below however, I will tell you more about the main differences between these two lines.

So have a look and let me know if you have any questions or things to add up. Oh, and the article below is the transcript of the video, with a couple of extra details sprinkled on top.

First, the looks. The Z was compact and light in its days, but the Pro is in a different class altogether. While it has pretty much the same footprint as the Z, the 13 inch Vaio Pro is both thinner and lighter, weighing just under 2.4 pounds, while the Z weighs around 2.5 (the older 2011 Z used to weigh 3.1, as i mentioned on the clip).

Sony used carbon fiber for the case on the Pro, as opposed to aluminum and only some carbon fiber on the older Z, and that helped lowering the weight. But they also made the entire body slightly smaller. The Pro gets thinner towards the front, thanks to its aggressive angular design, while the Z was about the same size all across the body.

Of course, all these mean that there is less room for stuff around the sides of the Vaio Pro, and also inside. That’s why the two laptops both pack two USB slots, a full-size HDMI connector and card-readers, but the Vaio Z also offered a full-size Ethernet slot, VGA output and a Kensington Lock. Sony does offer an HDMI to VGA extension cable with the Pro and the Power brick includes an inter connectable Wireless dongle, that can quickly transform a wired network into your own private WiFi. So we can’t actually say that the Pro lost any of the functionality of the Z, unless you want to have two external monitors attached to these, something possible on the Z, but not on the Pro.

Besides that, the Pro is altogether more practical. Opening the lid covers on the two, you’ll notice a larger trackpad on the new Sony. It’s not without faults, but it’s definitely a step forward. The keyboard offers a superior typing experience as well, with better feedback and travel than the one on the Z.

The Sony Vaio Z was, and still is, a beast

And on top of that, the Vaio Pro comes with a better and narrowly larger screen. The IPS panel offers better colors, contrast and viewing angles than the LED panel used on last year’s Vaio Z. And the Pro also comes with a touchscreen, something many of you might enjoy, although that brings along some annoying reflections and rather poor visibility in strong light.

OK, so by the looks of it, the Pro easily dispatches the old Z in most of the areas we talked about before. But there are some where the Z still reigns supreme.

Where the Vaio Z still comes on top

First, the overall sturdiness. The New Vaio Pro is shaky, it flexes and bends quite bad even during casual everyday use. Sony say it was specifically designed like that, so it will withstand drops, shocks and other unwanted scenarios. Hopefully, they are right, but even so, the overall first impression isn’t great. On the other hand, the Z is a lot firmer, stronger and somewhat feels more like a proper business machine, meant to survive the test of time.

The Z is also more powerful than the Vaio Pro. The Pro runs on the latest Intel Haswell hardware, but it bundles their ultra-low-voltage platform, specifically designed for ultrabooks. I got to play with the base version, the one with an Intel Core i5-4200U processor, but there are also a couple of more powerful ones.

Even so, the full-voltage platform inside the Z is clearly faster, although it hasn’t been updated to the latest platform, and it will never be. You won’t really notice the power boost during everyday use, but you will when pushing the two laptops. The Z also came with that docking unit that bundled a dedicated graphics chip and an optical drive, something the Pro doesn’t get. So the Z is the better machine for processing video, handling programming software, editing large photos, running modern games and all kinds of other intensive tasks. But if you don’t really want a portable laptop for that kind of stuff, the Pro will do fine just as well. 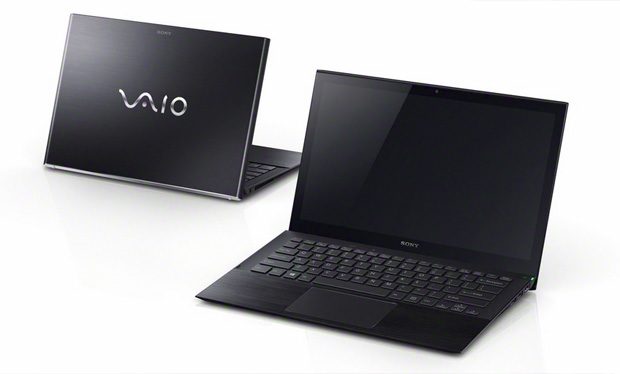 The Vaio Pro is not as powerful, but is sleeker, cheaper and lasts longer on a charge

On top of that, you do get longer battery life with the new Vaio Pro, around 6 hours of everyday use and even more when used lightly. The Z only lasted for about 4 hours or even less in similar situations. Slice external batteries are available for both series, and they can double the base estimations.

Besides that, the Vaio Pro lasts longer in standby as well and does run cooler and quieter than the older Z. As for connectivity options, both are top notch. The Pro offers NFC on top of the classic Wireless and Bluetooth, but surprisingly lacks a celular option, something the Z used to offer.

All in all, the Sony Vaio Pro 13 is a great ultrabook and in many ways, a big leap from the older Sony Vaio Z. Unless you need the most powerful ultraportable and that’s mainly what you care about, in which case you’ll get mad at Sony for discontinuing the Z line.

But I’m convinced that the vast majority of those who would consider buying Sony business portables won’t probably care much about that. And they’ll appreciate that the Pros are still fast enough for everyday tasks, multimedia and even more, while being lighter, smaller and able to go for longer on each charge. And on top of that, while being cheaper than the older Zs.

The Pros start at about $1250 right now, with the top options going for over two grand, and while pricey, that’s still several hundred dollars below the starting price of the Zs back in the days, if I remember correctly.

So, what do you think about the new Pro. Would you get it over the Z? Do you like what Sony did with their premium business ultrabook or not? Leave your replies below and also check out the other posts on the new Sony Vaios here on the site.

Disclaimer: Our content is reader-supported. If you buy through some of the links on our site, we may earn a commission. Learn more.
Andrei Girbea, Editor-in-Chief. I've been covering mobile computers since the 2000s and you'll mostly find reviews and thorough guides written by me here on the site.
← Previous Story Sony Vaio Duo 13 vs Sony Vaio Pro 13 comparison
Next Story → Sony Vaio Duo 13 vs Duo 11 quick comparison