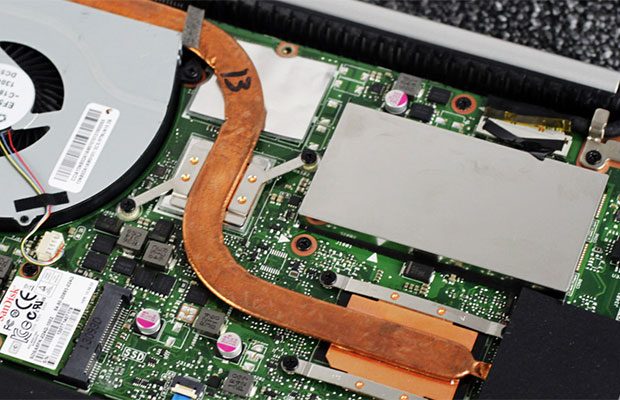 The Vivobooks and the Transformer Book Flips are two series of mid-priced Asus ultrabooks, spanning over a bunch of different models.

All these devices leave room for user upgrades, as they offer a spare memory DIMM (alongside the 4 GB of memory soldered on the motherboard) and use standard sized 2.5″ 7 mm storage drives. And while the storage is easy to replace, the memory might pose difficulties, mainly because the slot is hard to find unless you know where to look at.

I’ve added a few pictures below with the internals of all these laptops and all of them have one thing in common: a silver rectangular cover placed near the processor. Well, there’s where the RAM slot is, behind that cover. So in order to add more memory on these Asus laptops, you’re going to have to first remove this shield. 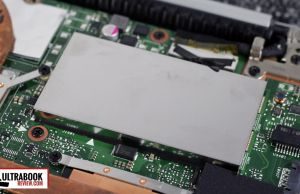 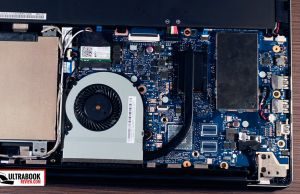 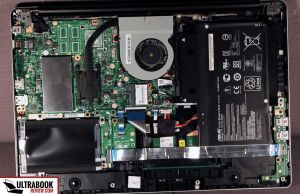 BTW, if you’re asking what the purpose of this cover, I cannot offer you a clear answer. It’s probably some sort of electro-magnetic barrier, but I cannot confirm this. One thing I can confirm is that Asus only uses this kind shield on their more affordable ultrabooks, while on the Zenbooks (UX301LA, UX303LN or the NX500JK) the memory slot is unshielded and easier accessible.

Anyway, thanks to our reader David Tapp who sent us the pictures below, I could put up together this quick guide that will take you through the steps of upgrading the RAM on the Vivobooks and the Transformer Book Flips. So here we go:

Recent update: One of our commenters, Andrew M, confirms that 8 GB modules do work on the Asus V551 and probably the others, however you need to get low-voltage DIMMs: “Hi Guys, I just purchased an 8Gb SODIMM and installed it under the silver cover.I can confirm that the 8Gb module I used works fine and Windows 8 reports my machine as having 12gb of RAM. You have to get low voltage ram – otherwise it won’t work. I purchased a Samsung 1.35v DDR3 1600 SO-DIMM module along with an 840 EVO 500Gb SSD which I’ll install when I get the chance.This particular 8Gb module works for sure… I used the crucial ram tool to find out which one I needed (just google it!).” 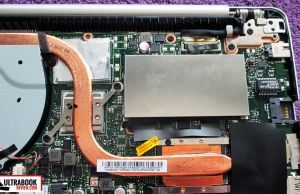 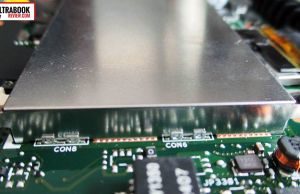 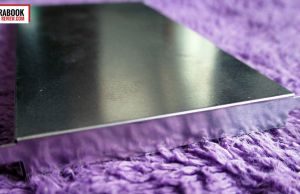 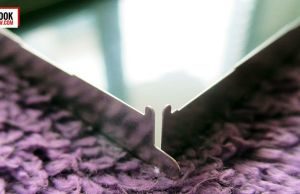 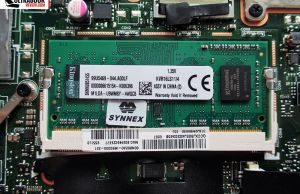 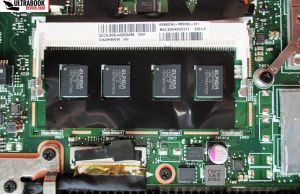 You shouldn’t encounter any problems while upgrading the RAM and this process should not void your warranty, as far as I know. It’s best to ask the Asus representatives in your country if that’s the case where you live though, some readers reported that Asus claims the warranty is voided by removing the back-panel, but this seems bollocks to me. I sure hope they don’t impose such a rule.

In the event the RAM does not work, you can either have a faulty (but there’s a very slight possibility of this) or an incompatible stick. So make sure to get the right module from starters. As long as you get a similarly specced RAM module to the memory already on the laptop (which is usually a DDR3 1600MHz SODIMM at 1.35V), things should go fine, but I’ve read about incompatibilities on these Asus laptops before. That’s why the best advice I could give you is to go on the forums on notebookreview.com, search for the Owner’s Lounge for the laptop you’re planning to upgrade, and see what others have put on their machines and what worked for them, then get the exact same stick.

David tried to install a Corsair “Value Select” 8GB Module (1x8GB) DDR3 1600MHz SODIMM on his V551LB Vivobook and it didn’t work. This is advertised as a 1.5V module, while the soldered memory works at 1.35V, but that usually shouldn’t be a problem. Either way, laptop BIOS’es tend to be tricky, so it’s better to match the specs exactly. He later tried with a Kingston 4 GB 1.35V module and this one worked fine. Andrew M though, another of our readers, reported in this article that he managed to install an 8 GB 1.35V DIMM on the Vivobook V551, so if you will buy one of these lower-voltage modules, you should be able to get 12 GB of RAM on your units as well.

Anyway, that’s about it for this guide. Thanks for sticking by and I hope it has been helpful. The comments sections is open, in case you encounter any problems or want to share your results with us.

Again, big thanks to David, whose contribution made this post possible.