So, I finally switched to Mac… 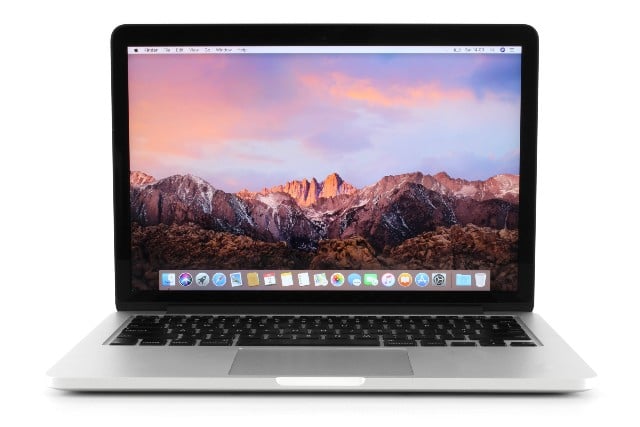 To set the stage, a lot of this comes as a result of my ever-increasing frustration with Microsoft: I use Office, Teams, and Slack all day during my full-time job (others in the MS “productivity” ecosystem will know this pain) and little things seem to break with each Windows update. Just last week, an automated software update deactivated Windows 10 on my PC, and the troubleshooters would not work. I called support (who failed to fix the problem) and then dropped my call during a transfer to more technical support after about 45 minutes. I was only able to fix the problem with a helpful downloaded utility of unspecified nature.

Then there’s the audio issues with Windows. I gave up trying to use my XPS 15 7590 as a digital audio workstation (DAW). I broadcast a weekly music show on Cutter’s Choice Radio (Tuesdays at 11pm GMT!), and I had tried everything to get my microphone to work for voiceovers while using an external mixer. The combination of latency issues, audio driver confusion, and general increasing frustration with Microsoft led me to take my fellow DJs advice and “just get a Mac”.

So, I did a bit of research and determined that the best Macs to buy were either a 2012 MacBook Pro Retina or a 2015 MacBook Pro. The 2012 are the last Macs to be properly upgradable with a SATA SSD and SO-DIMM RAM, and the 2015 are the newest Macs to have ports and an acceptable keyboard — but they aren’t upgradable. I was a little worried the 2012 wouldn’t be fast enough for realtime audio work, and I ended up getting a good price on a 2015 MacBook Pro 13″ in an eBay auction. So, I went with the 2015 MBP13 over the 2012. 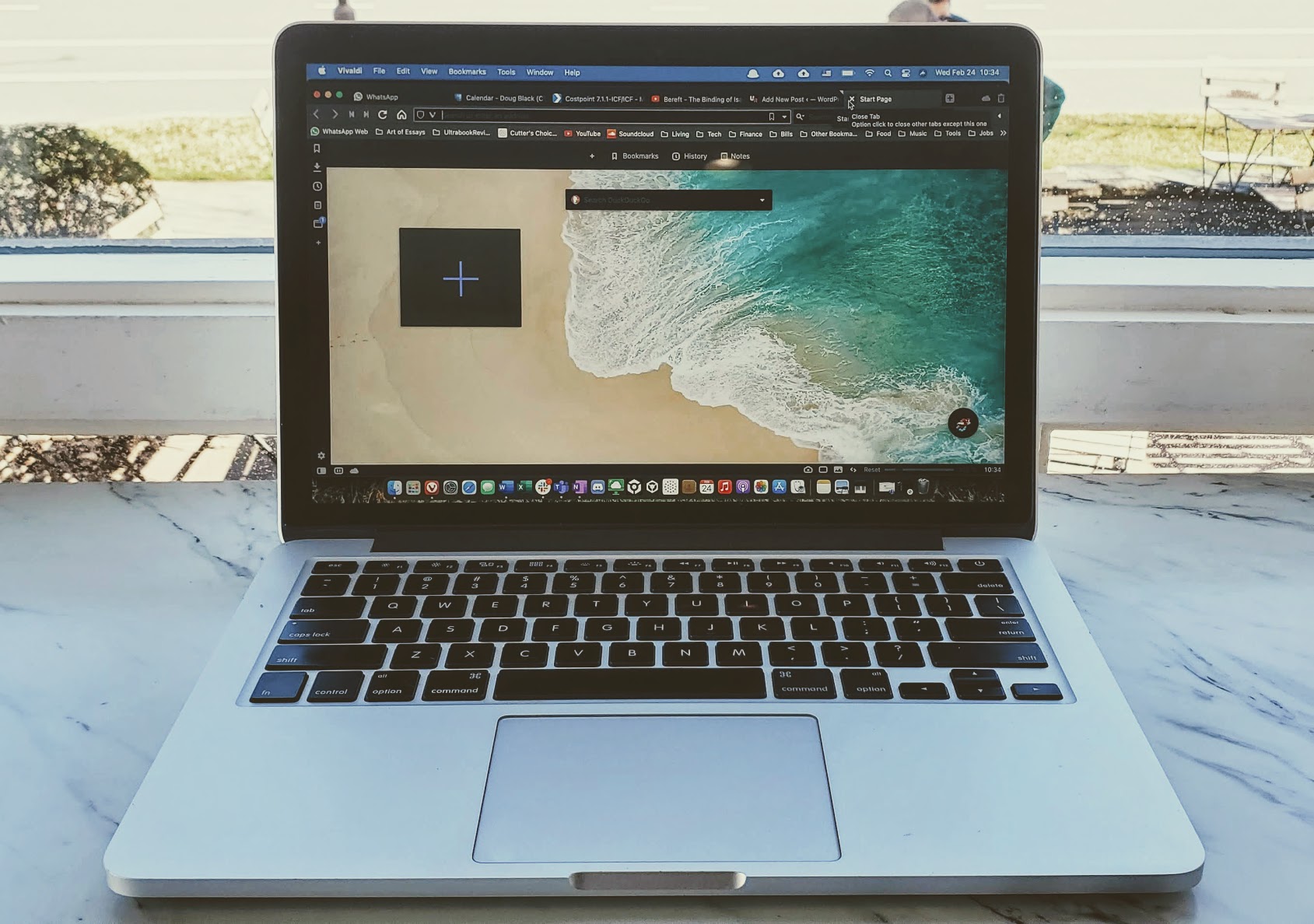 “It will be nice to have things just work”, I told myself.

I was excited when I received the MBP 13″ just a few days later in quite good external condition. The space bar was gummed up, but I was able to fix it in just 15 minutes. ‘Memba when MacBook keys could be removed without breaking them? I ‘memba!

I spent the next day doing office work and enjoying the general feel of the UI. It wasn’t too hard for me to come to terms with the UI and OS as I have been spending quite a bit of time in Linux lately as I try to get away from Microsoft. MacOS is quite familiar to many *nix desktop environments (though much more visually polished and with more quality-of-life features, like drag-and-drop file copying), and it is fairly logically designed. All in all, it was not too difficult to jump in to using MacOS after 21 years of using Windows, and MacOS is very polished.

Unlike Windows 10, it’s got a unified UI, and doesn’t suffer from the legacy that Windows does which leaves us in the current nightmare position of redundant folders everywhere such as Program Files, Program Files (x86), Users, Documents and Settings, and so on. Things are generally where they should be in MacOS (all Applications show in the Application folder, all settings are in preferences, keyboard shortcuts are intuitive, etc.) and it generally seems like there has actually been some thought regarding what makes sense. How about that? 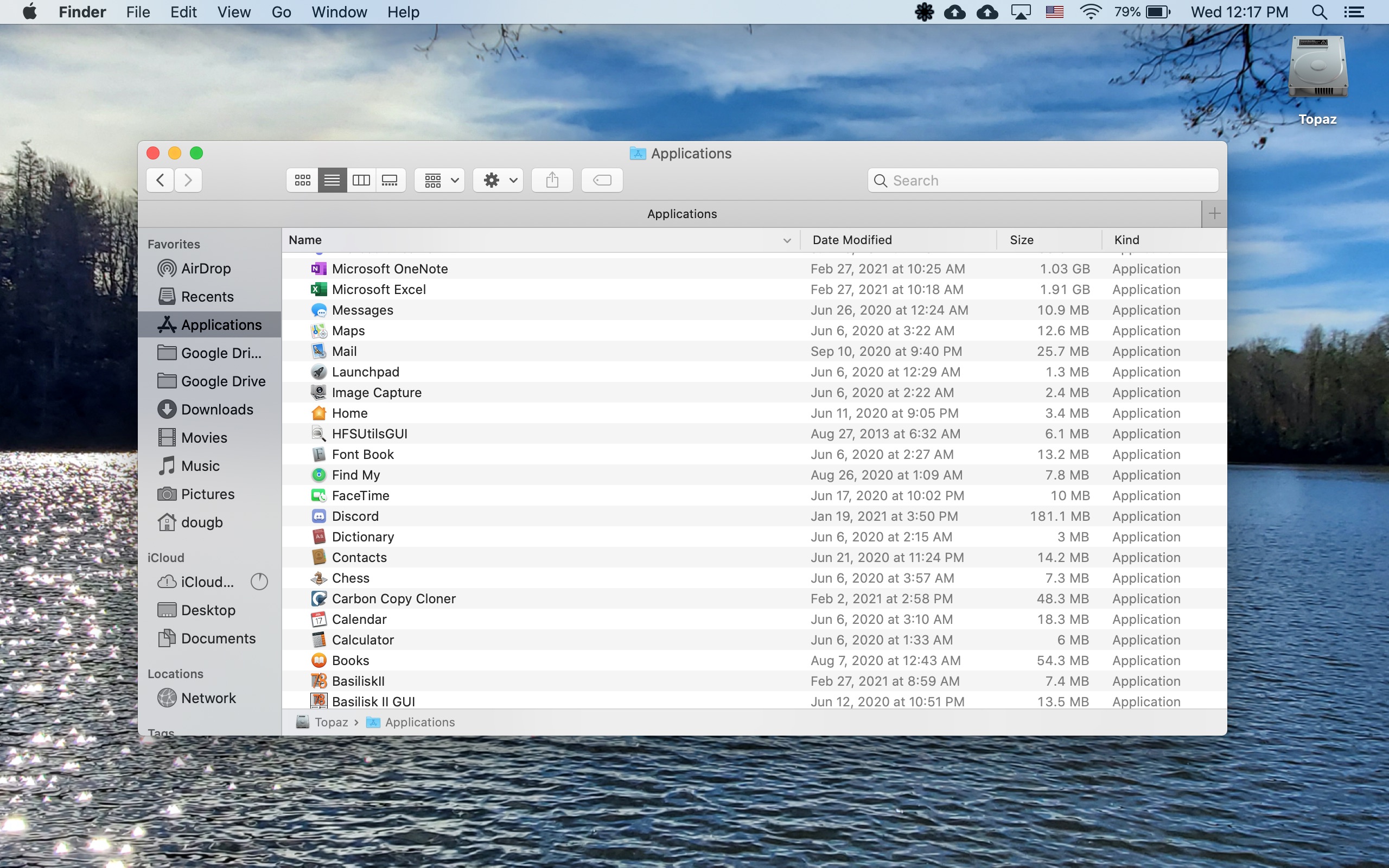 MacOS X has long been the “prettier” of the mainstream OS.

Another thing I enjoyed immediately was the general feel of the machine. There’s no flex or give in the chassis nor wobble in the keyboard. It feels great in the hand. Unfortunately, it feels less good on the wrists, as the sharp aluminum edges really dig into the soft skin. The keyboard itself is really quite nice, and coming from a classic (x20) ThinkPad keyboard, it was not better, but not much worse, either. As an aside, after experiencing the 2015 MBP 13’s keyboard, the decision to switch to the ill-conceived “Butterfly Keyboard” is just befuddling. What the fresh hell was Apple thinking to get rid of this keyboard? In retrospect, of course, we can see how the form-over-function zeitgeist was in full-swing at Apple by the time the new generations of USB-C MacBooks were pushed out.

Apple’s trackpads are something a lot of people rave about in tech journalism. The phrase “it’s a decent trackpad, but still doesn’t approach the Macbook’s” is said so frequently in reviews that it’s become trite. But is it true? Well, the trackpad is nice. Specifically, both the tactile feeling and cursor responses feel very smooth and accurate. Something I don’t like is that it takes a good half second from doing a right-click before the menu pops up, and this frequently bothers me in comparison to the otherwise pleasant interactions the trackpad provides. Overall, it’s a quality trackpad, but I still prefer a nice pointing stick with physical clicking buttons for precision and productivity.

I was not aware of the controversy surrounding Big Sur, the latest version of MacOS, designed to play nice with Apple’s M1 ARM silicon. “What could go wrong?”, I thought when my Mac told me an update was available. Well, Big Sur introduces a few issues, it turns out. Apparently, it breaks compatibility with almost all audio peripherals. The very reason I bought the MacBook, to simplify my DJing and live audio broadcasting, turned out to the number 1 thing that it couldn’t do. From November 2020 until a few weeks ago, Pioneer’s position was simply not to upgrade. When the first Big Sur drivers for the XDJ-RX2 finally did come out in late February, they still didn’t work for me. Unfortunately, to revert to MacOS Catalina, I needed to wipe my whole computer and reinstall from a Catalina USB I created (command-R would only let me reinstall Big Sur). I did this a few days ago, setting up everything again, and now things work as they are supposed to.

I liked the sidebar which had a lot of settings and widgets in a tidy UI, and I miss the ability to see the desktop through my clutter of apps with a single click or gesture (this bothers me frequently), but at least the drivers for my peripherals work now.

Using Windows all day, you forget about the things that work well and you tend to just notice the little annoyances and inconsistencies. It’s a truism of the human condition that you only notice what you had until it’s gone, and one of the things I missed most was being able to quickly drag a window or app to one side of the screen and have it quickly and automatically bisect the display. This is such a help for productivity, it’s shocking to me that Apple never added this feature (I have been informed of a very helpful and free app called Rectangle that does this in the comments!).

I frequently missed the ease of manipulating files on Windows, as well. It’s very easy to drag files from one area to another or into other apps. I had gotten to taking this for granted on the PC, but due to the Mac’s *nix roots, it’s not always so easy to move files around the way one does on a PC between apps and the Finder.

I also missed my touchscreen. particularly because the MBP has a glossy display. To me, it looks like I should be able to touch (especially because Big Sur looks like iOS to me), but nope! This still seems like Tim Cook’s ego causing problems to me, but hopefully Apple will wake up and realize that touch is a glaring omission for Macs, and it becomes more and more obvious as MacOS and iOS converge. And, while I do like the keyboard in general, I don’t like the fact that there’s no delete key (“delete” is “backspace”) and you have to press fn+del in order to get the actual delete.

I was surprised by the relatively poor experience running third-party apps on the Mac. Apple doesn’t like you installing things that haven’t been digitally signed, so you have to work around that by pressing ctrl + right-click and opening it that way. Otherwise, you’ll simply be forbidden from running the apps. I understand it’s largely for security, but I’m not a fan of the walled-garden approach for anything.

Speaking of right-clicking, I missed having a robust amount of options in the desktop (Finder) as there are in my Windows context menu, such as compressing, taking ownership, sending, and so-on. I also miss that it’s much easier and faster to right-click on a PC: As I said, I prefer physical buttons over a pad, and having to tap with two fingers rather than just click on the right side of the pad is not something I enjoy. This is apparently a subjective matter, of course, but I prefer mechanical action to haptic trickery.

Finally, I miss being able to upgrade and repair my laptop. My main PC has a 2TB flash drive which is getting full, and I’m looking for a laptop with two bays for my next upgrade so I can get an easy 4TB of storage. With the 256GB drive and 8GB ram of the 2015 MBP13, it’s not so easy. There’s no way to upgrade the memory, though upgrading the SSD is technically possible (though extremely expensive) as the SSD has been given a proprietary connector by Apple.

I’m going to keep using my Mac for work and music for now, as I like the keyboard, display, and general feel of the machine — and the OS is refreshing to me after over two decades on Windows, of course. For just $400 second hand, I feel like my MBP is just as good of a work machine as my custom ThinkPad x330, and I’m happy using it as a work machine and a DAW.

Now, would I be happy if I paid full price? No, there’s too much working against the Mac at the moment. As much as Microsoft frequently disappoints my nonexistent expectations, the last six years have made me very doubtful of Apple’s ability to keep things going in the right direction, as well. The M1 ARM chips are a great start and I like the company’s approach to privacy/user data, but the anti-consumer stance the company has taken towards repair in the last few years is a red flag to me.

I don’t see myself going back to Big Sur after being burned by the upgrade, and it made me realize what a relatively great job MS has done in keeping apps compatible through the countless iterations of Windows over the years. There were bumps along the way to be sure, but considering Macs are still considered the standard for DAW work, it blew my mind that Big Sur completely broke so much about audio drivers. Still, Apple once made the Pismo powerbook G3, and so I won’t discount them completely. For now, I’ll keep using my PC for games and consuming media at home, and my MacBook Pro for mobile work and music.

Oh, and there’s one small side effect that delving back into Macs caused… an interest in Mac OS9. I picked up a G3 iBook from 2003 just for some OS9 nostalgia. Expect more on that soon!

Have you tried “switching” from your main choice of computing platform before? How did it go?

Disclaimer: Our content is reader-supported. If you buy through some of the links on our site, we may earn a commission. Learn more.
Douglas Black is a Technical Writer, Analyst, Teacher, and DJ currently based in North Carolina.
← Previous Story Intel Tiger Lake laptops (Core i7-1165G7 & i5-1135G7 – 11th gen) – complete list
Next Story → Key bindings: The importance of anatomy and psychology in determining optimal selections