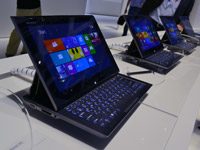 Now this is quite the surprise! We were expecting a bunch of cool new “toys” to be unveiled at the IFA 2012 in Berlin, but the Sony Vaio Duo 11 is actually something special. It’s a tablet in ultrabook clothes (or the other way around), and will most likely come with the best of two pretty different worlds.

We can’t say that the Duo 11 is very innovative, considering that the Asus Eee Pad Slider from last year was basically the same kind of gadget, but, unlike the Slider, Sony’s gizmo is larger and feels more natural when used as a mini-laptop.

Set to only weigh around 2.9 pounds (1.3 kg), the Vaio Duo 11 is also more elegant and sturdy than the Slider, having a rather strong body probably made out of metal (magnesium, aluminum…?). 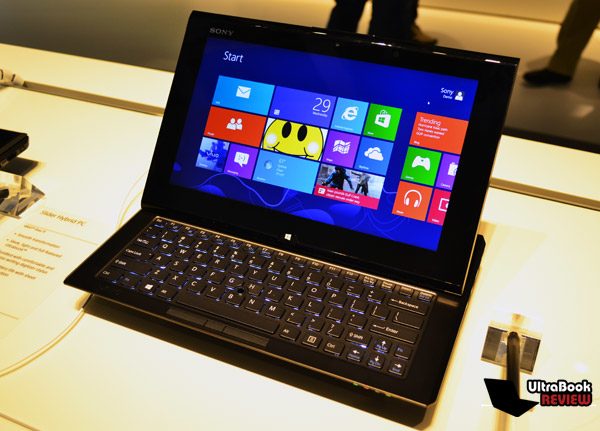 There are a lot of details to be unraveled about this “convertible PC”, but the bits and pieces we know at this time make it a rather intriguing gadget. The 11.6-inch panel will come with a full HD resolution (1920 x 1080 pixels), and will not only be sensitive to touch, but also to a digitizer pen set to be included in the “package”.

The Vaio Duo’s keyboard is backlit (hooray!), and, while it’s not exactly the largest around, it seems to have decent travel and pretty well-sized and well-spaced keys. There’s also a trackpoint and some small, but rather nifty click buttons on there, so this actually could work as a fully functional ultrabook. 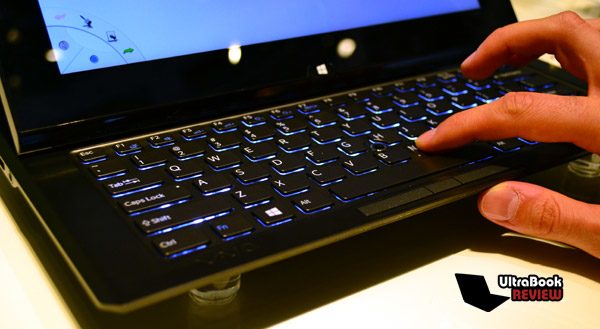 The keyboard is not just elegant, but also backlit. Yummy!

And talking about functionality, Sony is really planning to pack this hybrid up with connectivity options and ports, including Wi-Fi b/g/n, Bluetooth, NFC, two USB connectors, HDMI, a full-sized card reader and a VGA port.

In terms of hardware, we know that Sony will offer the choice of Intel Core i3, i5 or i7 ULV processors, as well as up to 8 GB of RAM and SSDs with yet to be announced capacities. We don’t know whether the tablet/ultrabook will also come with dedicated graphics, but that’s unlikely at this time. Still, this little guy will be packing a lot of “oomph” under its hood, so gaming and multimedia playing won’t be a problem. 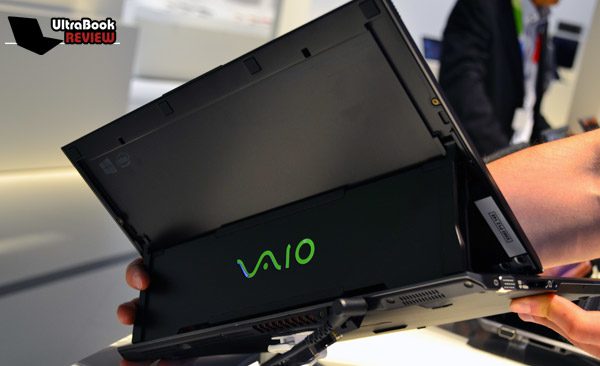 The overall design seems far superior to the one of the Asus Slider, don’t you think?

The Vaio Duo 11 is set to see the light of day in late October or early November with Windows 8 on-board, but right now there’s no news on pricing. We can’t compare it with other similar gadgets (seeing as there aren’t any), so we unfortunately can’t even make an educated guess on price points. Other important details are to be unveiled too, including whether the hybrid will be featuring a camera and docking connector, as our website’s founder Mike seems to have spotted in this exclusive hands-on video.

Disclaimer: Our content is reader-supported. If you buy through some of the links on our site, we may earn a commission. Learn more.
Adrian has a passion for technology and portable computers and he's been writing about mobile devices for many years now. He is in charge with the news here on the site, but sporadically he also contributes with tests and reviews.
← Previous Story HP debuts 15-inch Spectre XT TouchSmart premium ultrabook with touchscreen
Next Story → Toshiba Portege Z930 – a tweaked and updated Z830