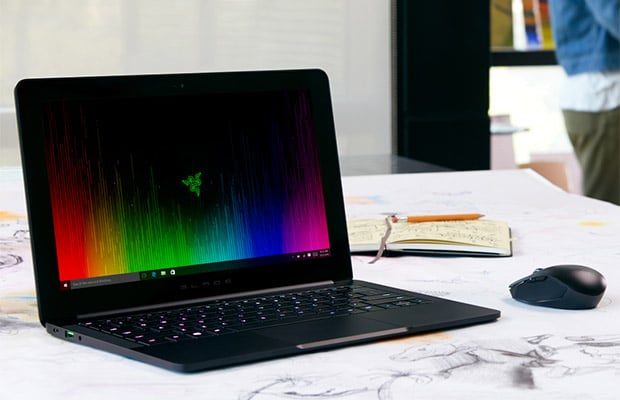 UPDATE 10/3/16: For those who missed preordering them before, the Razer Blade 2016 models are now available to order again from Amazon and Razer.  See below for the links.

You might recall my recent reviews on the Razer Blade Stealth and the Razer Blade 14” 2016.  Both are excellent laptops with some key features that make them stand apart from the rest.  I really enjoyed both of them, especially their new and improved prices.  You might also recall I thought that the Razer Blade 14” probably won’t get refreshed again until early next year.  Turns out I was wrong.

Not only is Razer making a new Razer Blade 14”, they are also updating the Razer Blade Stealth as well.  This is something new for them, as I cannot recall them ever releasing the same model within the same year.  It’s a welcome change, in my opinion, because it might be a sign that Razer will be refreshing their models similarly to how Asus, MSI and Gigabyte do – which is as soon as possible!

I got to talk with some of the guys at Razer and I’m pretty excited about the two new models they have to offer.  I also asked if there would be a new Razer Blade Pro coming soon, but unfortunately they couldn’t give me any details on that one.  They didn’t say there were no plans for one though, so there might still be hope. Until that happens, there’s the MSI Stealth Pro GS73 to consider, as portable 17-incher with powerful graphics.

Update: Looks like the Razer Blade Pro just got announced a little later than the other two.  I’ve added my first thoughts below.

Anyways, here’s what I learned about the new Razer Blades. 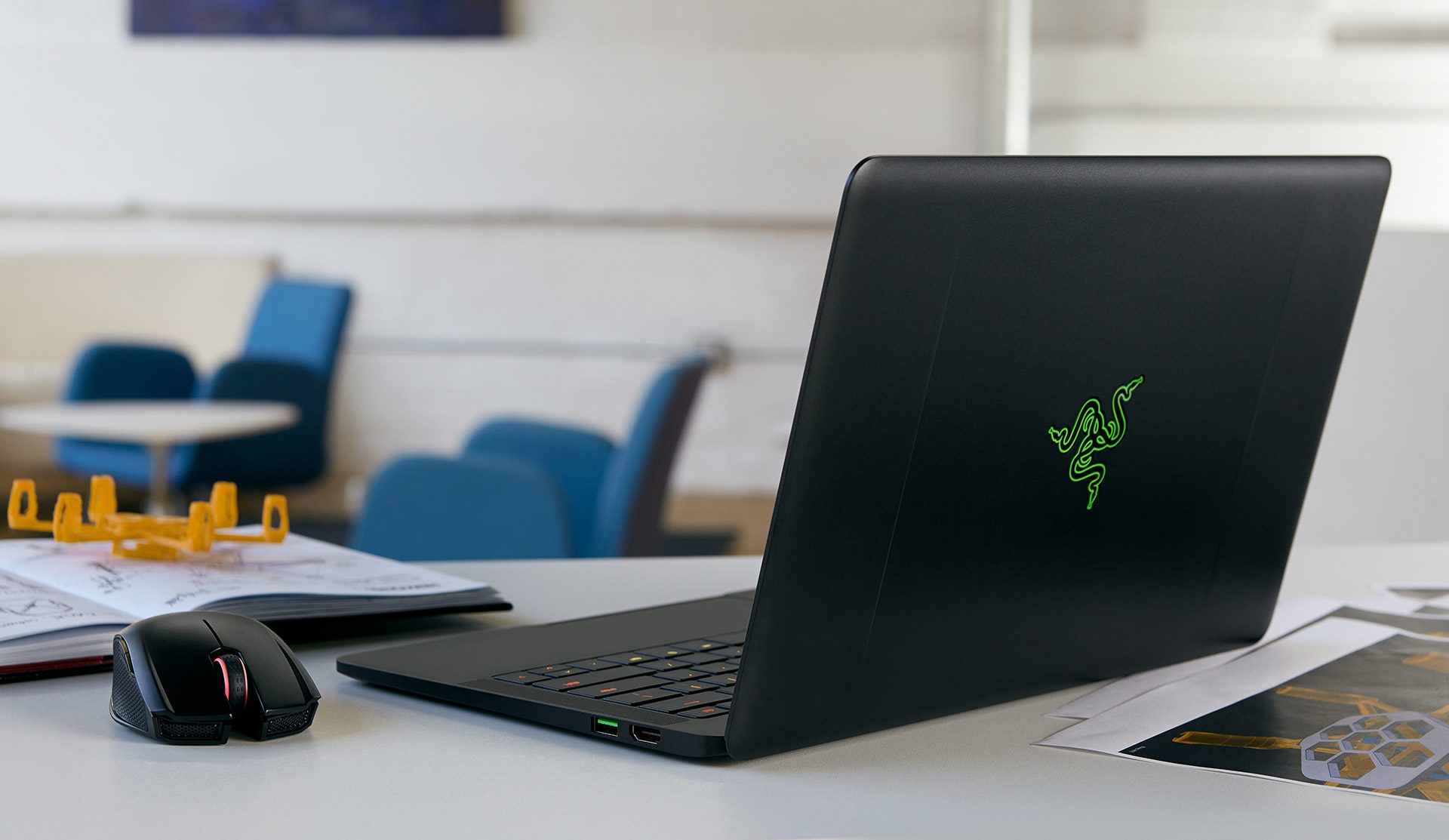 It’s only been out since the beginning of the year and Razer has made some pretty nice improvements to the Razer Blade Stealth.  First and most importantly is the CPU.  The brand new Kaby Lake processors apparently are now available and the Razer Blade Stealth will sport the Core i7-7500U.  It’s a dual core still, but this time it has a clock speed of 2.7 GHz with a 3.5 GHz boost.  This is a pretty significant upgrade from the i7-6500U and will be warmly welcomed by those wanting to use it with the Razer Core.

Another key feature to the new Stealth is the improved battery life.  Razer listened to their customers in this department and boosted the battery capacity from 45Wh to 53.6 Wh.  This is all in the same chassis, by the way. On paper, Razer is stating up to 9 hours of battery life.  Between the 20% increase and the new processor, we’ll have to put it to the test to see if that’s valid.

Razer also listened to the customers in regards to the RAM, which previously and still is not upgradable unfortunately.  But they did increase it from 8GB to 16GB(except for the $999 model), which is more than enough for almost everyone. 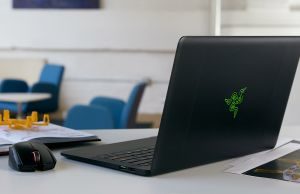 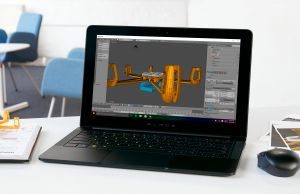 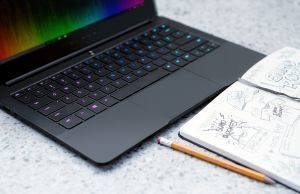 Other than those changes above, the laptop is pretty much the same as the one I reviewed earlier this year.  The starting prices are listed below.

The Razer Blade Stealth goes on sale today, September 2nd and starts shipping sometime this month.  You can purchase it today here.  It will also be available on Amazon and the Microsoft Store later this month as well.

As soon as a review unit is available, I should be getting one sometime later this month.  We’ll see what model I get, but I’m most interested in the UHD option to compliment the green logo QHD model I reviewed earlier this year.  I also can’t wait to try it out with the Razer Core.  I’ll be sure to keep you posted when I get it in!

You might notice that these specs look awfully similar to the ones in my recent review.  That’s because it’s practically the same laptop, only this time it has the GTX 1060 in it.  This is a welcome upgrade and I’m very interested to see how the 1060 does in such a small form factor, especially considering it looks like the cooling system hasn’t changed. 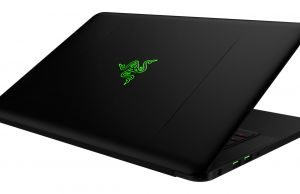 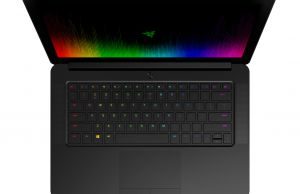 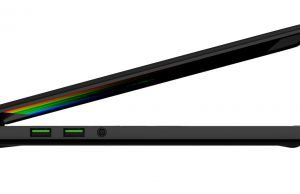 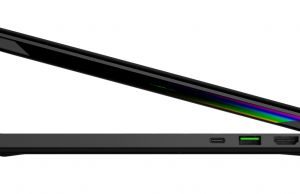 Razer also revived the matte 1080p screen, which I’m very interested to see as well.  The QHD+ option is the same as the previous versions have been.  Unfortunately, there’s nothing fancy about the FHD screen in terms of gamut, G-sync or refresh rates.  It’s a 60Hz IPS screen.  It appears that the screen choices at 14” are slim pickings, so we’ll have to just accept what’s available.  Still though, I know many of you would welcome ditching the touch screen and having something more practical for gaming.

The starting prices are listed below.  It’s nice to see a 1TB option.

Preorders are now available at Amazon and  Razer’s website.  Orders will start shipping October 25th.  Razer has also stated that the Microsoft Store will also be getting shipments in October as well.

The guys at Razer mentioned that I should be getting a review unit in October as well.   Hopefully it’ll be the FHD version so I have something different to write about along with the new video card.  I’m pretty excited to see it in action.  As soon as I get to know it, expect to see my full review.

It’s been a couple months since I originally put up this post and it seems like Razer decided to launch a new Razer Blade Pro after all. This is a long overdue update and boy is it a big one. The last Razer Blade Pro had a Haswell CPU, a 960m and a mediocre TN screen. Not only was it outmatched by its smaller counterpart, the 14” Razer Blade, but it was also extremely expensive.

Because of the specs and the price, I certainly never gave the old one a chance, and many others felt the same way. In fact, for the past 18 months or so, there have been numerous “wish list” threads on the forums stating customer disappointment with the Pro’s specs and what the next Razer Blade Pro should have under the hood. Some of it sounded feasible, but imo most of it was so far-fetched and borderline absurd that I knew there was no way that Razer would go through with it. Looks like I was gravely mistaken though…

The new Razer Blade Pro has pretty much the same dimensions as the previous version, however instead of instead of having an inferior GPU than the 14-inch version… heck, instead of having the same GPU as the 14-inch version, they managed to fit a GTX 1080 in there! It’s only .88” thin, so it’s kind of mind blowing how they’ll keep this beast cool. Still, it’s in there and Razer is definitely living up to their reputation of pushing the envelope.

Another major improvement is the screen. I certainly won’t miss the TN screens of Razer’s past! They went all out this time and put a 17” IGZO 3840 x 2160 px 4K panel in there. It’s a full gamut screen and is also touch enabled as well. Considering it’s IGZO, I don’t think it will be the same 4K panel that we have been seeing in the Alienware, MSI and Acer 17-inch models. It’s probably for the best because they really need a glossy panel behind that touchscreen glass, not a matte panel like the Razer Blade 14 has.

The screen is also GSYNC compatible and it looks like Razer opted to enable GSYNC instead of Optimus. This is a good thing because at the price this laptop is going to cost, you’ll want all the bells and whistles you can get. Sure, it will affect battery life by turning off Optimus, but they also packed in a 99Wh battery to maximize your usage.

The keyboard on this model is very interestingm as Razer introduce the first low profile mechanical keyboard. Each key has a 65 gram actuation force, which quite frankly is perfect in my opinion. That is the same actuation force that I have on the MSI GS73VR and I find it very comfortable to type on. There’s still no info on the key travel, but hopefully it will be better than the Razer Blade 14 and Stealth. This keyboard also has individually lit Chroma keys, like the smaller models.

Another highlight is the dual M.2 drives. Razer offers configurations of 512GB, 1TB and 2TB, all with both M.2 slots populated and aligned in RAID 0. It’s really nice to see the dual M.2 option but it’s kind of a small bummer to see the old 2.5” bay go. I don’t think most will care though because by removing that bay, they made the larger battery possible. Of course this also is why the Pro is a full pound heavier than last year. 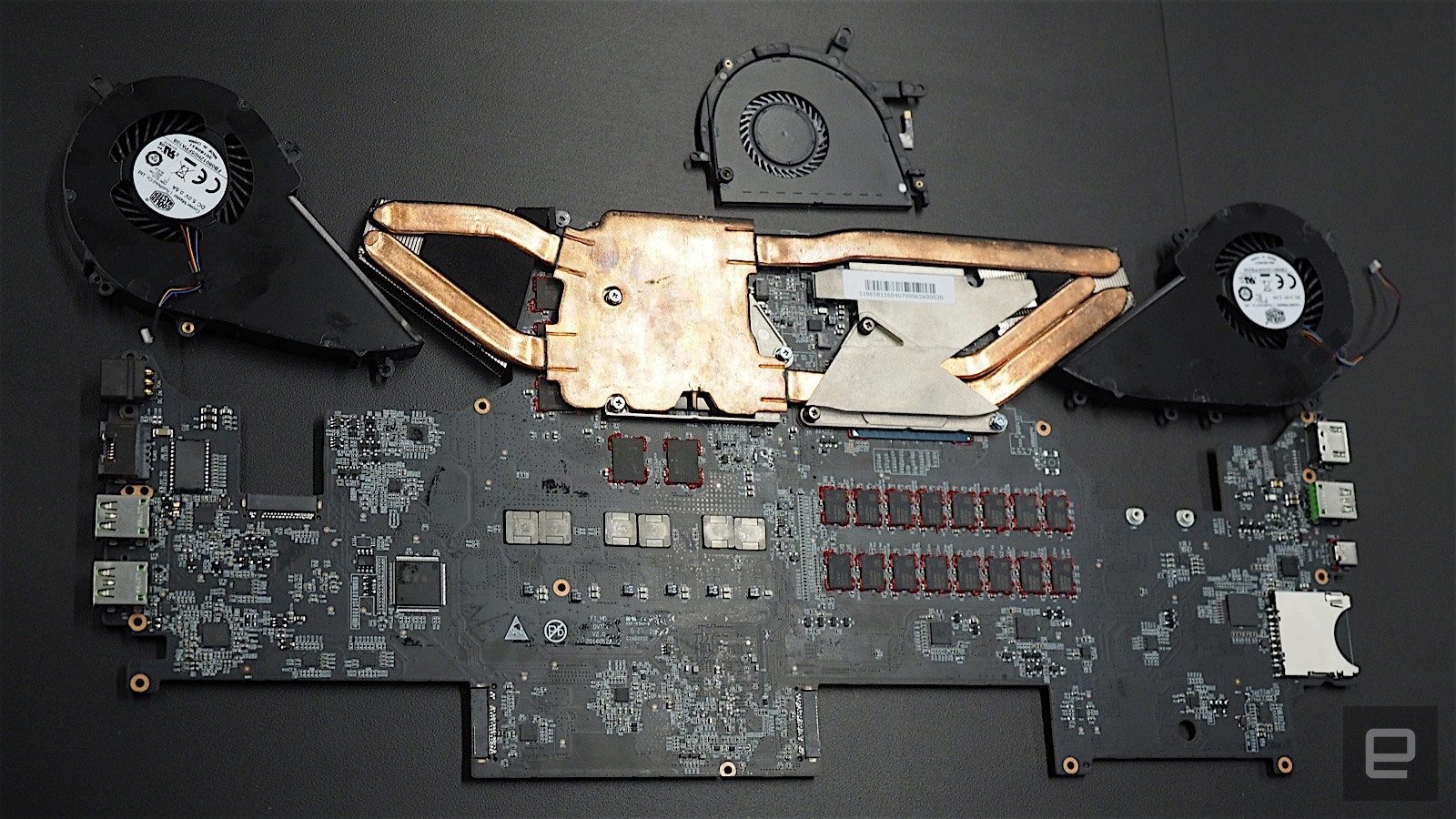 Other notable changes are the updated CPU, 32GB of DDR4-2133 RAM, Thunderbolt 3 and updated Wifi card. And last but not least, let’s not forget the introduction of the SD card slot! This is just my opinion, but that’s a big step in the right direction and I’m glad they finally listened to their customers on that one.

The last thing to talk about is their decision to finally remove the Switchblade from the Razer Blade Pro. As I said before, I’ve never used the Razer Blade Pro before. But from what I’ve read about it, it was very much disliked by many, mainly because it was clunky to use and wasn’t updated. It’s probably a good move for them to get rid of it, but I didn’t expect them to just leave the trackpad there. It’s kind of in an unorthodox spot to have a trackpad and it eliminates the ability to have a Num Pad, which is pretty much present on every other 17-inch laptop in existence. It could be that Razer is recycling the chassis from the last two years and there was no way to have a trackpad otherwise. Hopefully it’s a good enough trackpad to make up for it.

So now that you’ve heard all that, you’re probably assuming that this machine is going to be somewhat expensive. Well take last year’s price and add $1200 to it because this one is going to set you back $3699 for the base model. That price might seem extreme but I think Razer will have a decent amount of customers willing to fork over that kind of cash. As of November 17th, the Razer Blade Pro is finally available to order.  You can find the link here. 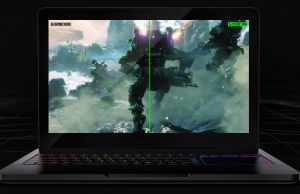 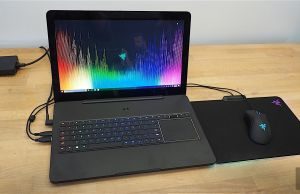 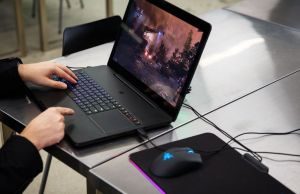 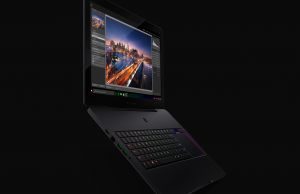 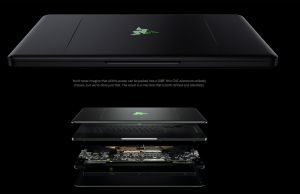 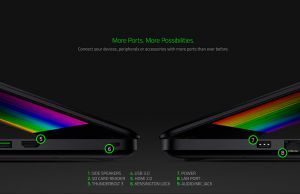 Albeit extremely expensive, this is the only other 17-inch inch laptop I would be willing to use over my GS73VR. It’s a tad bigger and certainly weighs more, but it’s still pretty portable compared to everyone else. I’m a bit concerned as to how in the world they cool a 1080 in such a thin package though. Considering how the 1060 does at only .1” thinner, I’m a little skeptical. Hopefully Razer will send me a review unit so I can give it a spin and post a full review.

That’s about it on these new Razer Blade laptops. Feel free to leave a comment below on what you think.  I’ll try to answer questions as best I can, but I’ll be limited on what I know considering I don’t have the units with me yet.

Article by: Derek Sullivan
Derek Sullivan - Review Editor. In addition to being a tech enthusiast, I have a career as a Biomedical Engineer. I enjoy taking things apart, figuring out how they work, and finding ways to make them better. My other hobbies include spending time with my family, "Do it yourself" projects such as home automation, and running.