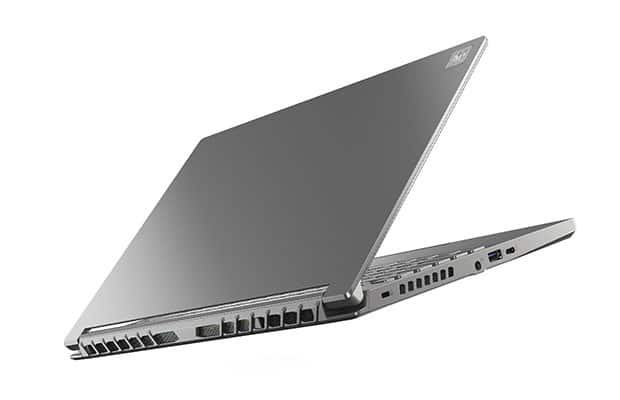 The new Triton 14 should attract a lot of attention as one of the first Tiger Lake H35 models on the market, as well as one of the most capable 14-inch gaming ultraportables right now, a potentially more affordable alternative for the AMD-based Asus Zephyrus G14. Tiger Lake H35 is quad-core only, but promises excellent single-threaded performance and IPC, which should provide a snappy everyday experience and smooth gaming experience, where a higher number of cores matters less than having four fast cores, as offered with this hardware.

As for the Helios 300, that’s merely a GPU update of the mid-2020 generation we’ve already reviewed here, without any other changes for now. Tiger Lake H 6-core processors are scheduled for the Spring of 2021, and I’d expect the revamped 2021 Helios 300 to be unveiled at that point. For now, this early-2020 model is just a mid-generation hardware bump, so not sure if entirely worth upgrading to, unless backed up by some excellent pricing.

Update: In interested, here’s our detailed review of the 2022 Predator Helios 300, in the best-value Core i7 + RTX 3070Ti configuration.

We’ll thoroughly look into both of these in future reviews. For now, this article is just a quick preview of the two series, with some insights on their particularities, especially focusing on that new Triton 14 SE.

I’m not going to spend much time on the Helios 300 update here, as we can’t yet talk about any of the performance improvements of the RTX 3000 chips, which is the sole update from the 2020 mode, as far as I can tell right now.

Much like the previous generation, this most likely offers mid-range RTX 3060 and 3070 MQ graphics, paired with the 10th gen i7-10750H processor. Everything else remains unchanged, and I’ll direct you to our detailed review of the 2020 model for extra details, until we get to test the RTX 3000 updates.

As for the Predator Helios SE, this is the first brand-new Acer gaming series in a while.

It offers mid-tier specs, with the quad-core Intel Core i7-11375H Tiger Lake H35 processor clocked at up to 5.0 GHz (single-core Turbo, with Thermal velocity), RTX 3060 graphics, and a 144 Hz screen. But let’s not forget this is merely a compact 14-inch laptop, and there are very few other similar products out there that can match it. We’re still looking to fill up all the banks in regards to the full hardware details and battery size, as Acer haven’t provided in-depth details so far, so stay tuned for updates.

We do know this is a compact laptop, judging by the bezels around the screen, as well as fairly lightweight at around 1.7 kilos/3.8 lbs. Looks entirely metallic and I’m especially glad Acer finally cleaned up their aesthetics, dumping that ugly Predator lid logo for a much more subtle Predator plaque in the corner, as well as a simple logo under the screen. It was about time and I hope this spreads onto the entire lineup. Not sure about the gray color, though, looks a bit dull and not as cool as the traditional dark-blue of previous Predators. Should be friendlier, though, easier hiding smudges and fingerprints.

From what I can tell right now, looks like Acer didn’t skimp on the thermal design, with a dual-fan, quad-radiator implementation, and included a full-size RGB keyboard and spacious clickpad. The IO is spread around the sides and fairly limited, but without any significant lacks: 2x USB-As, USB-C with Thunderbolt 4, HDMI and audio. 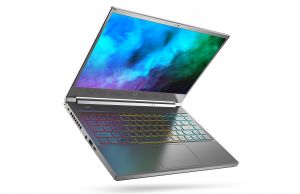 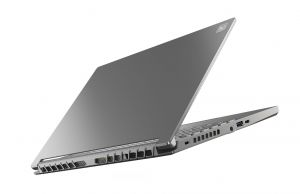 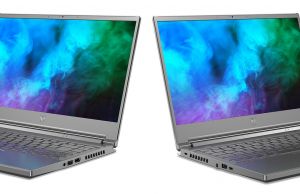 I’m looking forward to spending more time with this Triton, as one of the first Tiger Lake H models on the market. I’m especially interested in the overall performance and efficiency with daily use and games, as well as in that 14-inch 144 Hz screen, as a novelty for the 14-inch segment this year and hopefully faster than the 120 Hz option from 2020. Stay tuned for our reviews in the weeks to come.

Disclaimer: Our content is reader-supported. If you buy through some of the links on our site, we may earn a commission. Learn more.
Andrei Girbea, Editor-in-Chief. I've been covering mobile computers since the 2000s and you'll mostly find reviews and thorough guides written by me here on the site.
← Previous Story Lenovo ThinkPad X1 Titanium Yoga 2021 – 3:2 display in a premium convertible ThinkPad
Next Story → 2021 Acer Nitro 5 updated to AMD Ryzen 5000/Intel Core 35H and RTX 3000 graphics