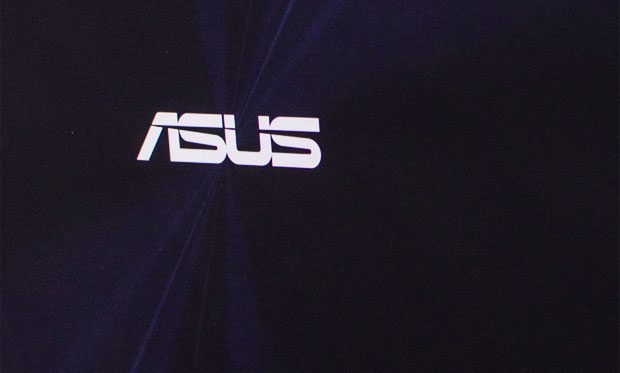 These guys at Asus have a talent for creating products with confusing, cryptic names. Their 13 inch Zenbook lines are a good example for that and in this post I’m going to shed some light on their latest Haswell entries.

From what we know right know, there are 6 different lines of Intel Haswell ultrabooks available in stores these days the UX301LA, the UX31LA, the UX32LA, the UX32LN, the UX302LA and the UX302LG. They all pack Intel Haswell hardware, but share a few different designs, configurations and features (some offer touchscreens, others don’t, some are lighter and more compact than others, etc. ).

On top of these 6, I wouldn’t be surprised to see others as well in the near future, so I’ll upgrade the post if anything new pops up.

Let’s take them one at a time.

The Zenbook UX301LA, or the so called Zenbook Infinity, is their latest top-of-the-line ultraportable and I’ve reviewed it in depth here on the site. It sports a sleek body weighing around 3.1 pounds, with a metal and glass body, a touchscreen, decent trackpad and keyboard and a larger selection of hardware configurations to choose from. Next to the standard Core i5-4200U and Core i7-4500U CPUs, there’s also the Core i7-4558U model, which is the fastest processor that can be fit inside ultrabooks right now.

The UX301LA comes with the memory soldered on the motherboard and either one or two NGFF SSDs. Besides that, it offers a touchscreen, with either a 1920 x 1080 px panel, or a higher resolution 2560 x 1440 px display, an IGZO panel made by sharp.

All these don’t come cheap though, as the UX301LA sells for between $1400 and $2200. Some discounts might be available over here.

The Zenbook UX31LA is last year’s Zenbook Touch UX31A (just to be sure you’ve spot the difference, it’s LA for the new version, A for the old one), with Intel Haswell hardware inside. That means that you’re getting the same 1920 x 1080 px touchscreen, the all-aluminum body, the keyboard and rather jumpy keyboard and the more limited selection of ports.

When compared to the UX301LA, the UX31 ditches the glass on the lid cover and on the interior for metal, is slightly lighter (0.1 of a pound), marginally thicker and lack the mini-DisplayPort connector, but instead offers a mini-VGA port. Internally, the memory is still soldered and there’s probably a single proprietary SSD pen-drive.

At the same time, the UX31LA is cheaper than the UX301LA, with the base version starting at around $1200 (and you can find it even cheaper online).

The Zenbook UX302LA succeeds last year’s UX32A as (not anymore, see the UX32LA mentioned below).

Hardware wise, it packs either Core i5 or i7 Haswell processors, up to 10 GB of RAM (2 are soldered and there’s also a free slot that can take an up to 8 GB module) and either SSD or hybrid storage. To be more exact, on this laptop there’s a standard 7 mm 2.5 inch storage drive (either a HDD or an SSD), plus a mini-mSata connector that takes a caching SSD with the options Asus are offering in stores right now. All these make the UX302 model somewhat upgrade-friendly, which means that you can buy the cheapest option, and then buff it up by yourself to get a more versatile unit.

Those aside, the UX302LA is slightly thicker and heavier than the UX301LA, but that leaves room for more ports: an extra USB slot, for a total of three, and a full-size HDMI connector, on top of those available on the Zenbook Infinity. Aesthetically, both lines offer Gorilla Glass covered lids, but on the UX302LA the body and the bottom are made from silver aluminum.

Moving on,the UX302 line is only available with a 1920 x 1080 px touchscreen, as opposed to the higher resolution option on the UX301LA. As for prices, the UX302LA starts at around $1200 for the base configuration (and discounts are available via this link), so it’s cheaper than the UX301LA and on-par with the UX31LA, at least for the time being.

Last but not least in Asus’s Haswell line is the Zenbook UX302LG, a buffed up version of the UX302LA above. The two are identical, except for one aspect: the UX302LG packs an Nvidia GT 730M dedicated graphics chip, while the UX301LA relies solely on the Intel HD 4400 chip integrated with Haswell processors. As a result, the UX302LG is a superior gaming ultraportable, as you’ll see from my dedicated review of this unit. Despite all these, the UX302LG is only about $50 more expensive than its UX302LA counterpart, but I do expect prices to drop for the more basic model and the gap to get somewhat higher in the near future.

This unit is still not widely available at the moment I’m updating this post, but should be soon enough. See this post for up-to-date prices and some discounts. 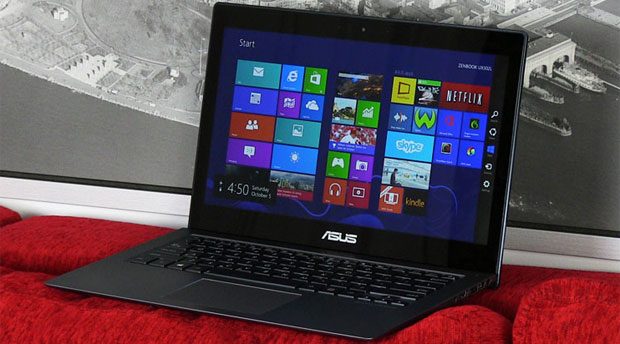 The Zenbooks UX32LA/LN are the latest additions to Asus’s Haswell line. They share the frame, body, ports, keyboards and most design elements with the Asus UX32A / UX32VD line, and that means the entire chassis is covered in aluminum, with a metal and plastic frame. That also makes these two devices somewhat thicker and heavier than the other Haswell Zenbooks (18mm with, without the feet, edge shape, 3.1 pounds).

But that comes with pros as well: there’s more space for ports around the edges (3 x USB 3.0 slots, HDMI, mini-DP, card-reader) and there’s room for user upgrades. Both the UX32LA and the UX32LN pack either Core i3 / i5 or i7 Haswell processors, 4 GB of RAM soldered on the motherboard and standard 2.5 inch 7 mm storage units, either SSDs or HDDs. The storage units are easily replaceable, and there’s also an extra memory DIMM that cna take an up to 8 GB module, for a total on 12 GB.

But what’s the difference between these two lines? Well, the Asus UX32LA is a direct successor of the popular UX32A and comes with a HD (1366 x 768 px) TN panel. It’s not a touchscreen, but a matte display. On the other hand, the UX32LA starts at under 800 euros over here and should be available in the US for under $900. No word whether it is going to be available there yet, as for the moment, it’s only sold in Europe and Asia.

The Zenbook UX32LN packs a non-glare non-touch 1920 x 1080 px IPS panel and dedicated graphics: an Nvidia 840M chip, which is the fastest graphics chip I’ve seen on a 13 inch ultrabook, about 15-20% faster than the Nvidia 730M chip inside the Asus Zenbook UX302LG. This one starts at around $1000 and is also available in Europe/Asia for the time being.

So which one is the best pick between all of these?

If you’re into gaming, either the UX32LN or the UX302LG are the ones for you, as two of the very few 13 inch gaming ultrabooks of the moment (more about these in here). The UX32LN is bulkier and more expensive, but packs faster graphics, while the UX302LG is sleeker and offers a touchscreen, but sells for a few hundreds of dollars more than then UX32LN.

If you want a fast 13 inch laptop for serious tasks, like editing videos and photos, programming or even heavy multitasking, the Core i7-4558U version of the UX301LA is your best pick.

However, if you’re after a regular Haswell ultrabook, the UX301LA or the cheaper UX32LA are definitely worth a look.

In fact, all these Zenbooks are solid devices, meant to address different needs. And it actually feels good to have all these options, with different colors and choices in materials, different screens, different selections of ports and hardware layouts. Thus, choose based on what matters more for you and on what gets within your budget.

And if none of these tick the right boxes for you, check out my list of the top ultrabooks of the moment and my post on all the available Haswell ultraportables you could find in stores these days, those should help you narrow down your options.

Disclaimer: Our content is reader-supported. If you buy through some of the links on our site, we may earn a commission. Learn more.
Andrei Girbea, Editor-in-Chief of Ultrabookreview.com. I've been covering mobile computers since the 2000s and you'll mostly find reviews and thorough guides written by me here on the site.
← Previous Story Asus Zenbook UX301LA / UX301 review – not just a regular Haswell ultrabook
Next Story → Asus Zenbook UX301 LA vs UX302 LG – the Haswell Zenbooks compared