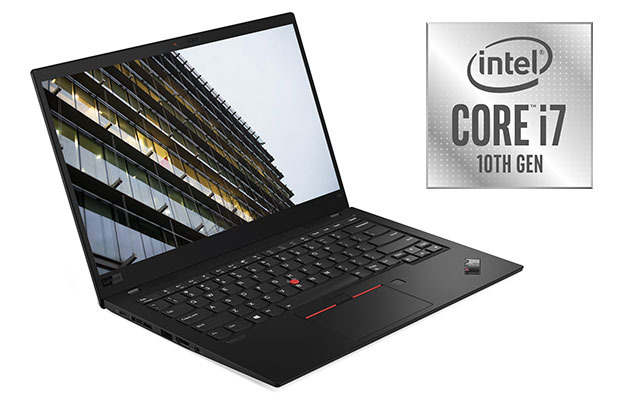 Lenovo plans to update their lineups of ThinkPad X1 Carbon (8th-gen) and Thinkpad X1 Yoga (5th-gen) premium ultraportables in the first part of 2020.

However, these 2020 models are only minor revamps of the 2019 variants, keeping most features and specs unchanged, but adding a needed hardware refresh, as well as a new touch screen option and some minor keyboard tweaks.

We’ll cover all these changes in this brief article, as well as compare the 2020 ThinkPads to the previous 2019 and 2018 generations of both the X1 Carbon and X1 Yoga.

While the 2019 X1 Carbon (reviewed here) updated on the exterior and internal design of the 2018 variant to make for a smaller chassis and accommodate quad speakers, the early-2020 model is built entirely on the 2019’s frame. Update: Our review of the 2021 X1 Carbon series is also available here.

That means light and durable metal alloys are still used for the construction, and the only color scheme is still the classic ThinkPad black, with a simple or carbon-fiber exterior. It also means the ThinkPad still gets one of the better keyboards in the biz, according to most reviewers and users, as well as a decent clickpad, plus all the connectivity options you’d need, including ports and wireless/broadband. There’s still no support for 5G modems, for now, but the X1 Carbon 8th-gen finally gets WiFi 6 GiG, so faster performance than the WiFi 5 of the previous generations. 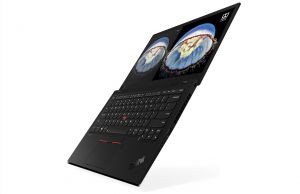 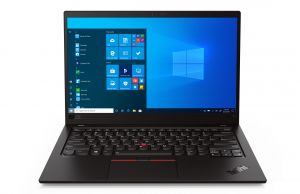 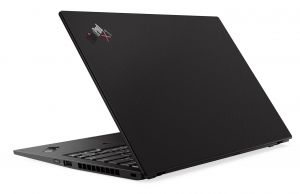 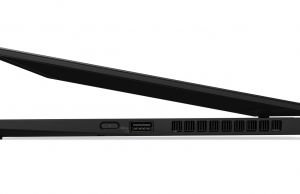 That’s mostly a consequence of the hardware bump. The 2020 X1 Carbon is built on Intel Comet Lake Core processors, with options for up to the six-core Intel Core i7-10810U processor (which is pretty much a 10710U, but with vPro and other business features activated). In theory, that’s going to provide a significant performance boost in demanding CPU-loads like data processing, programming software, and video/photo editing, among others.

In practice, though, the i7-10810U is highly dependant on thermals, as it needs to be able to run at a higher TDP of 25W+ in order to unleash its true potential. And here’s where the X1 Carbon 2020 should hopefully improve on the previous gen, as that one struggled in such chores, with the CPU throttling due to the fact that the thermal module was not always capable of handling the high temperatures. While unconfirmed, I doubt Lenovo redesigned the cooling solution on this 2020 version, but perhaps they at least tweaked the fan profile to somewhat address this aspect.

Nonetheless, even with the same thermal module, expect 15-25% improved performance from the six-core i7-10810U configurations of the X1 Carbon 2020, compared to the i7-8565U versions from 2019. That should put in on par with the likes of the Dell XPS 13 7390 or the MSI Prestige 14, some of the other ultraportables with a six-core CPUs.

While we’re talking about hardware, it’s worth mentioning that Lenovo decided to stick with the 14nm Comet Lake platform for now, which allowed the option for the faster low-voltage processor of the moment, but without any impact on memory and graphics performance.

For comparison, the 2020 XPS 13 9300 update moved to the 10nm Intel IceLake platform, with only quad-core processors, but faster, more efficient and higher capacity RAM, as well as much more capable integrated graphics. that’s going to make the choice between the X1 Carbon and the XPS 13 more difficult than before, as each platform is going to better cater for different needs: demanding data processing will still favor the X1 Carbon, but the XPS 13 will be the more versatile ultrabook.

Hardware aside, the 2020 X1 Carbon updates on two other aspects of the previous generation, and they’re both insignificant. One regards the keyboard, which now gets what Lenovo calls UC – Unified Communications functions associated with the F9-F11 keys. As far as I can tell, these are just remapped functions that favor calls/webcasts, while the whole keyboard layout and experience should remain otherwise unchanged. 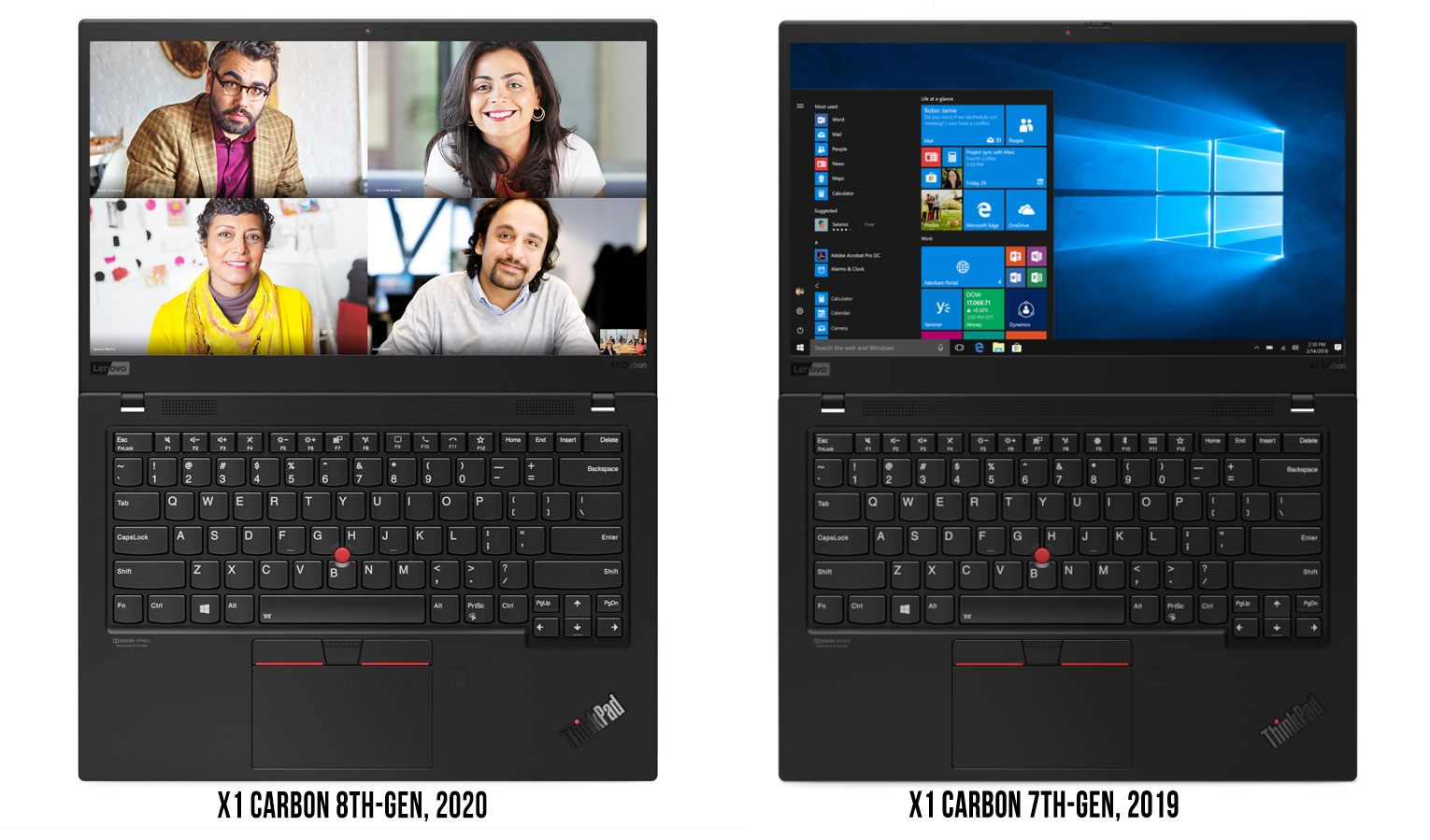 The other is a new screen option for a brighter 500-nit FHD touch panel with PrivacyGuard. PrivacyGuard is a security technology that you can activate with the press of a button and will limit the display’s viewing angles, making it more difficult for others to peak at your screen. PrivacyAlert is another technology that uses the cameras and will automatically activate the Guard if it detects that someone’s looking at the screen.

However, the existing PrivacyGuard FHD options on the 2019 version only proved effective at low-brightness levels and less efficient than the standard FHD panels, that’s why these panels might not be worth paying the premium for the average user. Still, if you wanted PrivacyGuard on a matte touch display, that wasn’t an option last year and it is now, with the X1 Carbon 8th-gen.

Bottom point, the early-2020 X1 Carbon mostly updates on the hardware platform of the 2019 versions, with a significant performance boost in CPU-heavy loads. Look into reviews before buying, though, to see how that six-core i7 does in this thin and quiet implementation.

Finally, we should add that Lenovo hasn’t clearly communicated when they’ll have the 8th-gen X1 Carbon in stores, except for a vague “available in 2020, starting at $1499”. We’ll update once we know more.

The 2-in-1 convertible X1 Yoga updates on the exact same lines as the X1 Carbon: hardware bump to six-core Comet Lake and Wi-Fi 6, redesigned keyboard layout with UC controls and the same 500-nit FHD screen with PrivacyGuard. That means it looks and feels the same as the 2019 version, with the same sturdy aluminum/magnesium unibody construction, dark-gray color scheme, good IO and keyboard, as well as the punchy quad speakers.

Much like with the X1 Carbon, the 2020 X1 Yoga will excel in CPU-heavy loads, but would still be limited by the amount/type of RAM or the GPU performance, compared to the existing IceLake based options in its class. On top of that, you should also look for detailed reviews in order to figure out how much would that six-core i7-10810U offer compared to the quad-core alternatives in this sort of a chassis, with limited cooling capabilities and quiet fans. 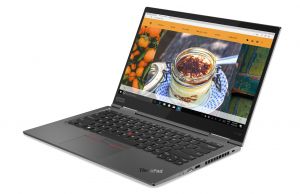 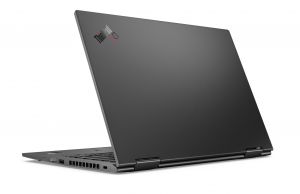 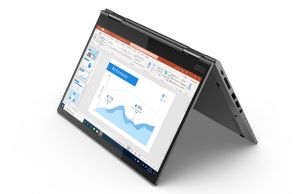 Disclaimer: Our content is reader-supported. If you buy through some of the links on our site, we may earn a commission. Learn more.
Andrei Girbea, Editor-in-Chief. I've been covering mobile computers since the 2000s and you'll mostly find reviews and thorough guides written by me here on the site.
← Previous Story “Big Tech” is still largely liked and trusted by Americans, says survey
Next Story → DOOM Eternal is outstanding, but I’m still thinking about Alien: Isolation