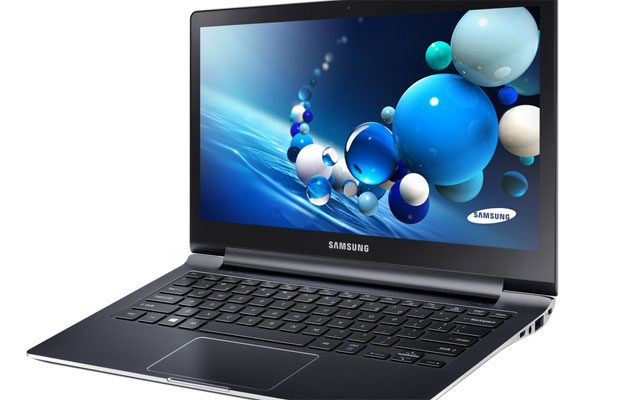 The ATIV Book 9 Plus is Samsung’s most impressive ultrabook to date. It carries on from last year’s Samsung Series 9 line, while offering extra features and polishing even more those small details that can make a laptop great.

As a premium ultrabooks meant to compete with the Apple Macbook Air, the Acer Aspire S7, the Sony Vaio Pro 13 or the Asus Zenbook Infinity, Samsung’s ATIV Book 9 Plus is not going to be cheap. But if you’re willing to spend North of $1399 for your brand new laptop, it might be worth every penny.

Anyway, I’ll tell you all the things you need to know about this laptop in the rows below, and if you have any extra questions or things to add about the Book 9 Plus, feel free to leave your comment at the end of the post.

Before we start though, it’s worth noting that at the time I’m writing this article, Samsung only confirmed a 13.3 inch version of the Book 9, scheduled to be available in stores by the end of August 2013. That means no 15 inch version is in sight yet, but I’ll update the article if this is going to change in the future.

Aesthetically, the new ATIV Book 9 looks a lot like last year’s version, but that’s not a bad thing, as it’s still one of the sleekest and thinnest ultrabooks out there, with only a 13.6 mm waist in its thickest point.

On top of that, metal is used for the entire case, which does help with the overall gorgeous aspect, but with the sturdiness as well, as the body doesn’t flex, squeak or crank even when grabbed firmer. The Book 9 however is only going to be available in a dark ash-black color, at least for the time being. Hopefully, more options will be added later.

It’s also worth noting that the new 9 model is going to tip the scales at about 1.35 kilos (or 3 pounds), and that’s a bit heavier than last year’s model and even slightly heavier than its direct competitors, but I doubt you’ll actually be bothered by that in practice. 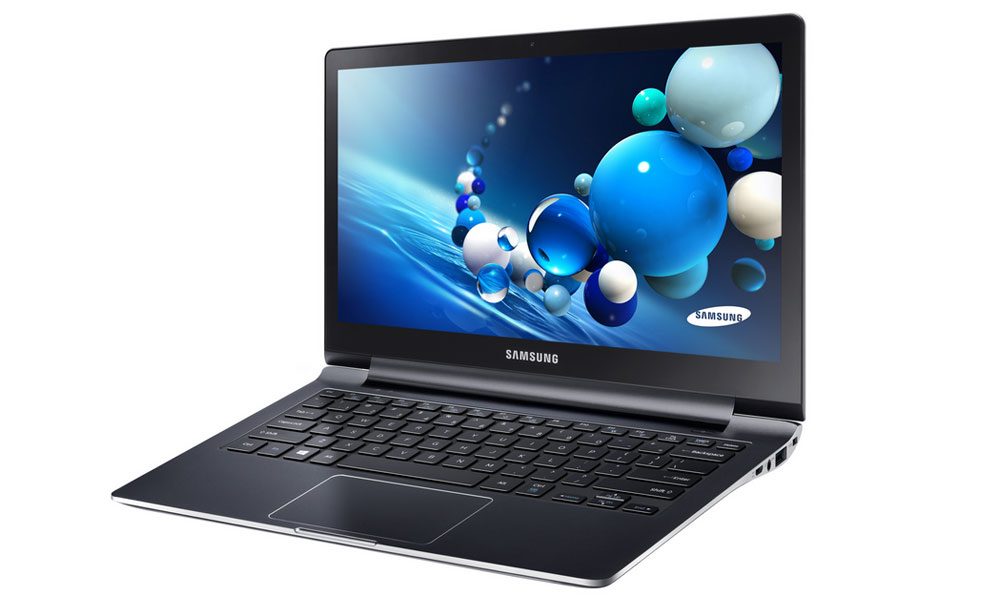 Lifting the lid cover, you’ll find a spacious trackpad, also covered in aluminum, plus what looks like an unchanged keyboard and trackpad. The trackpad was alright on the Series 9, but the illuminated keyboard was quite shallow and needed some time to get used to, something that hasn’t unfortunately changed on the ATIV Book 9.

The screen is brand new though, and what a screen it is. Samsung mounted a 13.3 inch touchscreen on their new top ultrabooks, with an high-quality IPS panel and a whooping 3200 x 1600 px resolution.

In theory, that sounds great. In practice though, the glossy display is going to be annoying to use outside, in bright light. Besides that, 3200 x 1600 px on a 13.3 inch computer running Windows feels like overkill to me. Don’t get me wrong, I’m a strong advocate of high-density screens, but given Window’s scaling limitations, you might actually need a microscope to be able to use this one in the classic desktop mode.

What do you think?

Oh, and as a cool extra, the screen leans flush on the back of the laptop, and that’s going to come in handy when using the device in bed or on the couch. 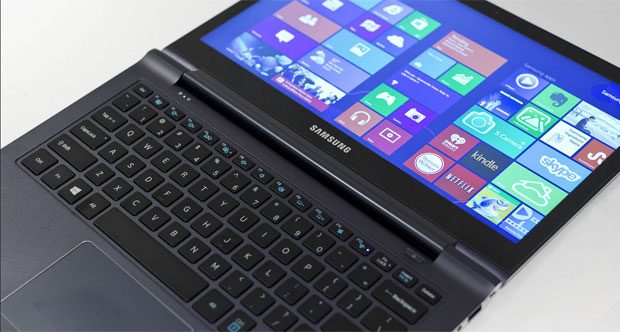 Hardware wise, the ATIV Book 9 Plus bundles several Intel Haswell configurations, with Core i5 and i7 processors, 4 to 8 GB of RAM and 128 or 256 GB SSDs. Unfortunately, all the available configs mention Intel’s HD 4400 graphics, so you’re not getting that HD 5000 Iris boost on this laptop, at least not for the time being.

Even so, the Book 9 should easily handle all of your daily tasks, while facing multimedia tasks and maybe some light gaming as well.

Battery Life, connectivity and other things

With Haswell onboard, Samsung claims their Book 9 Plus will be able to run for up to 12 hours on a charge. In practice, that’s a bit OFF, as in everyday use, you should expect to get around around 6-7 or so hours on a charge, and while other ultrabooks will last longer, that’s still a solid performance in my book.

That aside, the 2012 Series 9 model had some wireless problems, and as a response, Samsung included Intel’s 7260 WiFi module on the new Book 9 Plus, which seems to solve the reception issues, based on what most buyers have been posting online.

The Samsung ATIV Book 9 Plus starts at $1399 in the US and for that kind of money we’re getting an Intel Core i5-4200U Haswell processor,  4 GB of RAM and a 128 GB SSD. You can spec up the unit of course, but that will quickly drive up the prices.

That makes the Book 9 Plus one of the priciest 13 inch ultrabooks out there, with only the Asus Zenbook Infinity UX301LA matching its starting price. The Acer Aspire S7 sells for around $1300 these days, with 8 GB of RAM, while similarly equipped SOny Vaio Pro 13, Lenovo Yoga 2 Pro or Apple Macbook Air laptops sell for under $1200.

I do expect the Book 9 Plus to get some discounts though, and I’ll list them all over here.

All in all, the Samsung ATIV Book 9 Plus is for sure an impressive machine. There’s really little you won’t like about it, and I have the shallow keyboard in mind here or the miniaturized ports along the sides.

Samsung improved all the negative aspects of their previous Series 9, like the screen and wireless issues, while keeping the sleek design and upgrading the hardware to the latest Intel platforms, which doesn’t necessary equal improved performances, but mostly longer battery life.

Plenty to like about the ATIV Book 9, but can these justify the high price tag? – via Anandtech

At the end of the day though, the ATIV Book 9 is more expensive than nearly all of its rivals. And a lot more expensive than the most popular 13 inch ultraportable of the moment, the Macbook Air. Is it really worth the $300 extra? If you want the sharp touchscreen, then yes, as the MBA can’t compete here. If you can live without it though, the Book 9 is going to be a hard sell against Apple’s ultraportable.

But we’ll talk more about that in this post, we’re I’ve compared the Ativ Book 9 Plus with several of its direct competitors.

For now, it’s time to wrap this up. Hopefully, the post was useful and you now know a lot more about the new top-of-the-line Samsung ultrabook, the ATIV Book 9 Plus. If you have any questions or things to add though, make sure to leave your comments below, I’ll be around to reply.