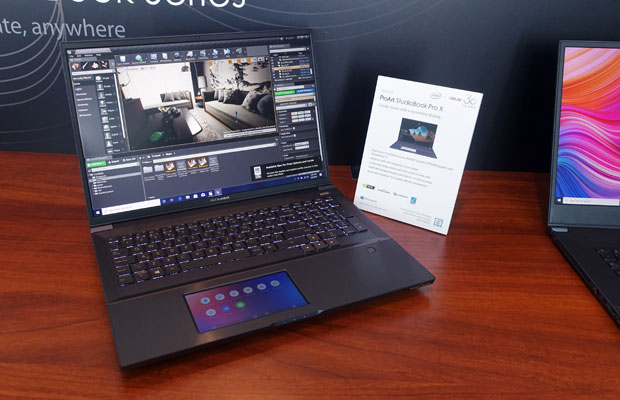 Several months later, that early unit has matured into a complete lineup of notebooks made for creators, called Proart StudioBook, with no less than 5 different devices: three 17-inch models and two smaller and more portable 15-inch variants. All these are scheduled for release in Q4 2019.

The Proart StudioBook lineup is partially summarized in the following picture. The StudioBook X sits at the top, as a full-power no-compromise workstation, while the StudioBook Pro and StudioBook models come as more affordable and more compact alternatives. There is however another layer at the very top, the StudioBook One, with even more powerful specs than the StudioBook X.

We’ll quickly talk about their main characteristics in the article down below. They do share a few common traits though, both in the clean design language, but also in the hardware and screens particularities. 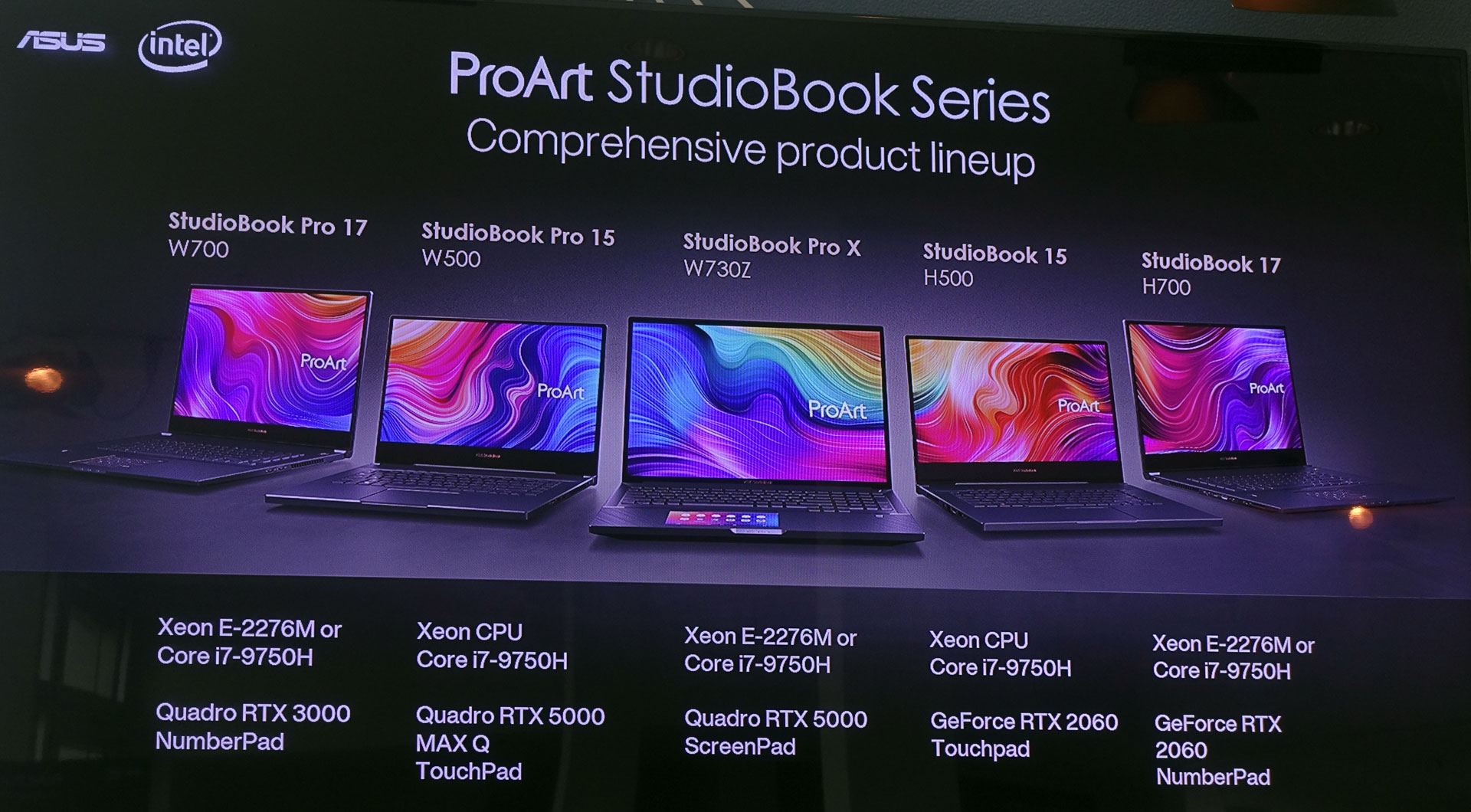 The StudioBook One is both one of the most powerful notebooks on the market, but also a rather unique product.

That’s because it’s built on high-performance hardware, with the latest Intel Core H processors and Nvidia RTX 6000 graphics (it’s in fact the only such laptop as of September 2019). However, it’s not like other laptops, but actually borrows from the particularities of the ROG Mothership, as the hardware and thermal module are tucked behind the screen. 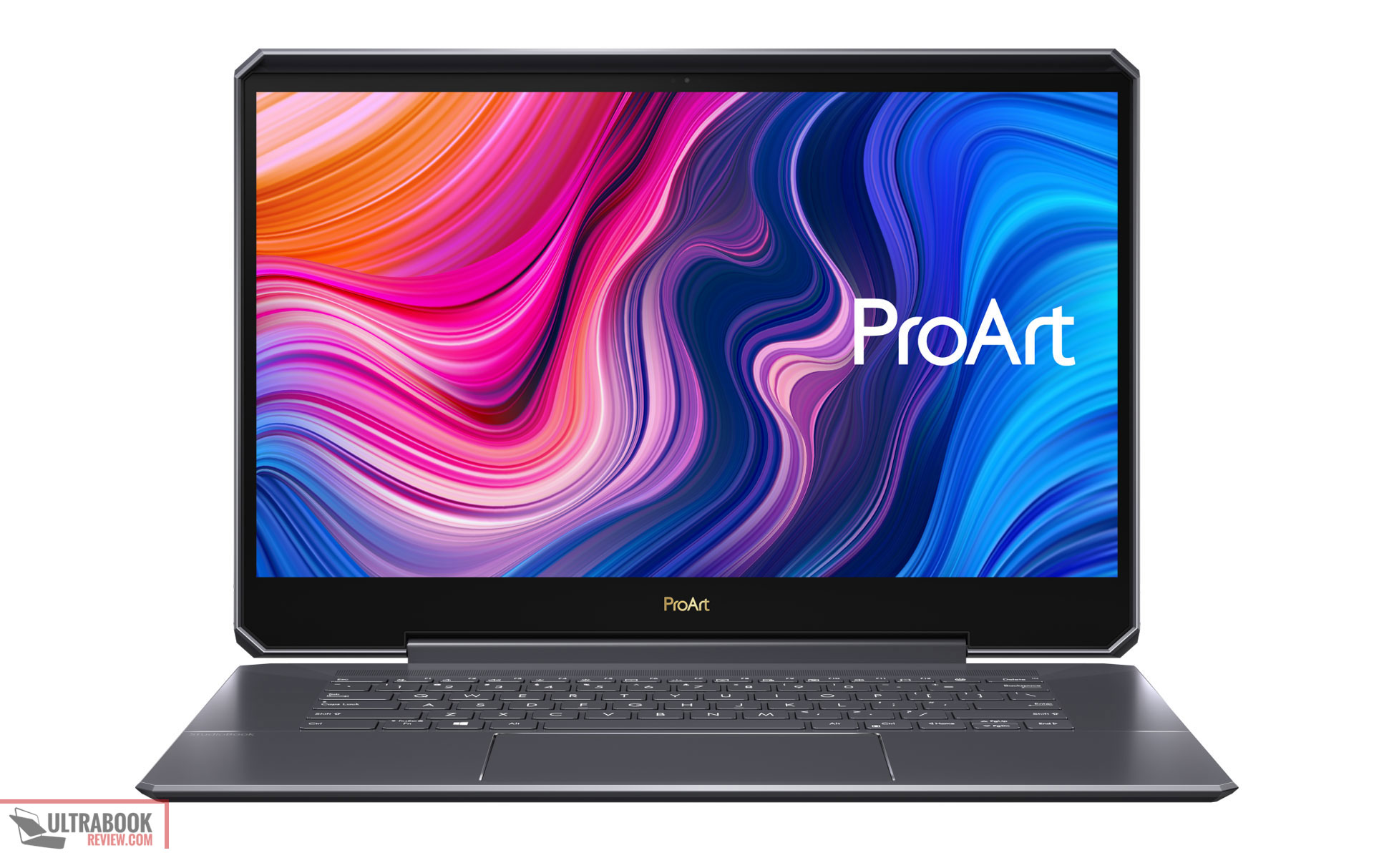 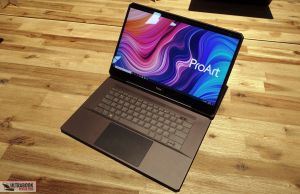 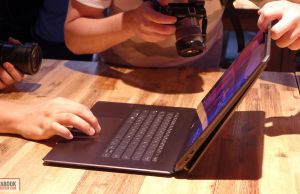 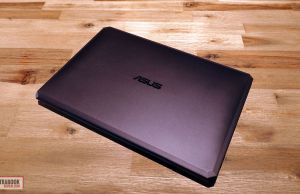 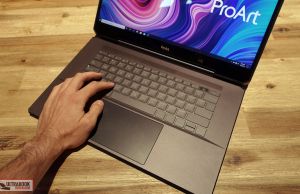 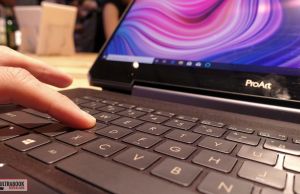 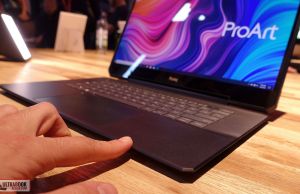 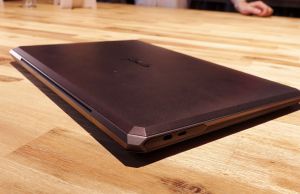 Here are a few of the StudiBook One’s key characteristics:

We’ll update with further details. In the meantime, check out the pictures above and the following video.

Unlike the One, we got to spend some time with the StudioBook X W730Z.

Update: Our detailed review of the StudioBook Pro X W730 is available over here.

This one is a full-size 17-inch notebook, but with a compact footprint, as you can tell by the slim bezels around the screen. It is however fairly thick and heavy, which suggests the no-compromise attitude when it comes to the build quality and the performance.

We’ve yet to test the performance in demanding CPU+GPU loads, but we can attest to the sturdy build. The laptop meets Mil-grade standards for durability, like many other Asus laptops, and also feels strongly made. The screen barely flexes even when trying to twist it, and there’s also very little give in the keyboard-deck and lid-cover. 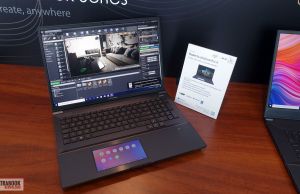 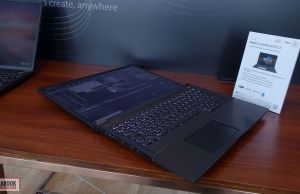 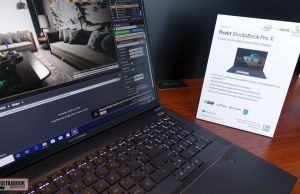 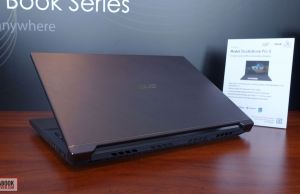 Asus went with a mix of metals for the outer shell, with a textured pattern on the lid and interior. I’m not sure how I feel about it, but I do like the clean aesthetics, with no bling or annoying lights.

The StudioBook X W730Z is also one of the few 16:10 laptops on the market, offering a larger canvas than the 16:9 screen of most other workstations. And since it’s part of the ProArt series, this gets a great quality panel, with wide-gamut color coverage and factory calibration (DeltaE <1).

Asus also put a full-size deep-stroke keyboard on this product, with white backlighting, as well as implement their 2nd gen ScreenPad that’s available on many of their other 2019 products.

Of course, this won’t be a proper workstation without the required hardware specs and a thermal module to match. As far as the hardware goes, the StudioBook X is available with Intel Core and Xeon processors, ECC memory and RAID NVMe CPU-attached storage, but also up to Nvidia RTX 5000 graphics. Several SKUs will be available in Q4 2019, but as far as I’ve been told, there’s not going to be an option to finely configure the laptop, unlike with the workstations from Dell, HP or Lenovo.

As for the performance, that’s something we’ll have to touch on in a further review. Asus emphasized on no-throttling in their marketing materials, as well as on their competent and very quiet thermal-module, able to keep noise levels under 40 dB at full-load.

We’ll have to take the laptop through our tests before drawing a conclusion on the real-life performance, thermals and acoustics, so look for our review in the near future. 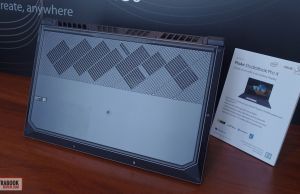 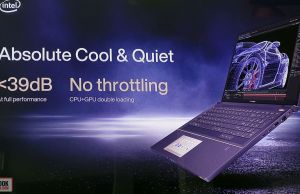 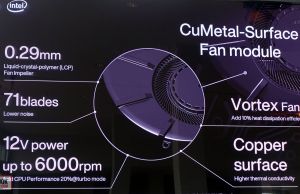 All in all, the StudioBook X W730 tackles uncharted waters for Asus and aims to compete against the HP Zbooks, Lenovo ThinkPad and the Dell Latitude lines out there.

Unlike the StudioBook X, which is a full-size notebook with a fairly thick and heavy construction, the StudioBook Pro W and StudioBook H models tackle the more portable niche of performance laptops.

They share the same design and build characteristics, with the single important difference between the standard StudioBook H and the StudioBook Pro W versions being the graphics chips inside: RTX 2060 on the former, and various variants on RTX Quadro chips on the latter. The 17-inch StudioBook Pro also gets the 16:10 wide-gamut screen also included on the Pro X W730, while the StudioBook 17 and both the 15-inch variants gets 16:9 displays.

That aside, there are 15 and 17-inch variants of both lineups. The 15-inchers (StudioBook H500 and StudioBook Pro W500) are massively based on the Asus Zephyrus M GU502, with the same build, keyboard and port-layout, but a cleaner design and a creator-grade UHD panel with wide-gamut coverage and factory-calibration. 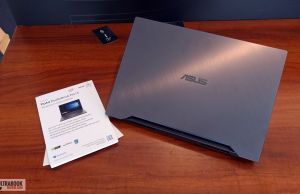 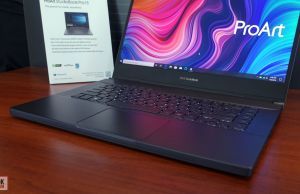 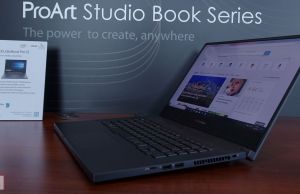 It’s interesting to note that unlike the Zephyrus M, these 15-inch StudioBooks get an intake grill above the keyboard, which suggests a slightly different thermal module, perhaps in order to cope with the more powerful Xeon processors and RTX Quadro graphics inside. One other important difference is the addition of Thunderbolt 3 support on the StudioBooks, which is not available on the ROGs.

The 17-inch StudioBook models (StudioBook H700 and StudioBook Pro W700) don’t get a Zephyrus equivalent, and they’re pretty much-oversized versions of the 15-inch models. They’re thin and fairly light for the class, but the thick chin pushes the screen up and makes for a fairly large footprint by today’s standards.

As a particularity, these 17-inch models get a larger air-grill at the top of the keyboard, as well as the ability to lean the screen all the way back to 180 degrees. 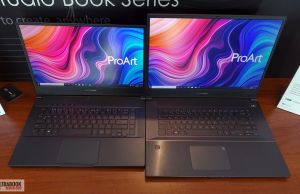 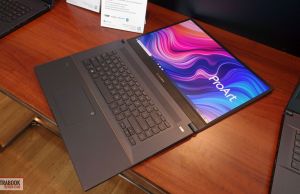 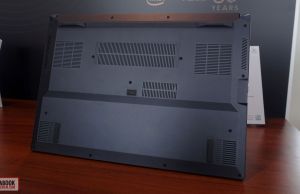 As mentioned earlier, the entire StudioBook lineup is expected in stores in Q4 2019, in various configurations and variants. We’ll review most of them in the months to come, so check out our review section for updates.

In the meantime, get in touch in the comments section if you have any feedback or questions, we’re around to help out.