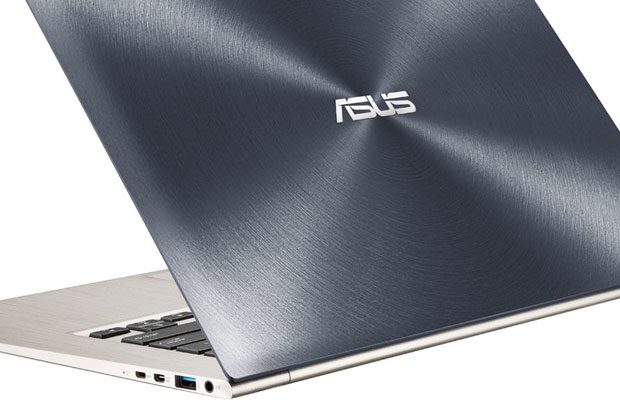 The Asus Zenbooks are among the most popular ultrabooks of the moment, and there are plenty of reasons why you would want to buy them. However, there are several different Zenbooks available in stores right now, and that can get a bit confusing.

Thus, this post will tell you the things you need to know about all the important Zenbooks: the Zenbook Prime UX31A, the Zenbook UX32A, the Zenbook UX32VD and the powerful Zenbook UX51VZ. I’ve reviewed most of these laptops here on the site and you should click the links on each of them for the full story. You might also want to read this post comparing the older Asus UX31E with the newer UX31A.

To keep the story short though, you should know that the UX51VZ is a larger machine with a 15.6 inch screen in diagonal, while the other three are smaller 13.3 inch laptops. There’s also the Asus UX21A, a smaller 11.6 inch ultrabook, but we won’t talk much about that one here.

Update: If you want to see how the newer Asus Zenbooks fair against each other, like the UX301A, the UX302LG, the UX31LA or the UX32LG, check out this detailed comparison.

Anyway, below you’ll find a full comparison sheet between these Zenbooks, and then we’ll get into some details.

Let’s start with the bodies. All these laptops look pretty much the same. Asus uses aluminum for the entire case of the Asus Zenbook Prime and UX51VZ, which also use metal for the inner chassis. The UX32A and the UX32VD on the other hand only use aluminum for the lid cover and the palm-rest, while the inner frame and the bottom part are made from some sort of plastic that mimics metal.

As a result, these last two are also heavier than the Prime UX31A and have a slightly bulkier body, as they don’t get as sharp as the Prime does towards its front. But that on the other hand leaves room for some extra ports: a full size HDMI connector and an extra USB slot. You should notice that all these machines lack an Ethernet port and only offer mini-VGA video output, but Asus does include USB to Lan and mini-VGA to VGA adapters in the pack, with no extra cost.

We’ll continue with the screens. All the UX31 Zenbooks pack 13.3 inch screens. However, there’s a Full HD IPS panel on the Prime UX31A, available with a non-glare coating, or a glossy one for the touch version. The non-glare IPS screen is also available for the top configuration UX32VD, but this one also comes with a cheaper screen, a regular LED 1366 x 768 px resolution one, which is also included on the Zenbook UX32A. The UX51VZ comes with a 15.6 inch IPS panel of its own, also offered in two versions, non-glare and glossy for the touch one.

And then there are the details settings these two apart. The UX31s feature the same keyboard, backlit. A similar one, that includes a NumPad, is available for the UX51VZ. The four Zenbooks seem to pack a similar trackpad too, slightly larger of course on the 15 inch model. Overall, the keyboard/trackpad combo is good enough, but not great: the keys are a bit shallow and the touchpad can get jumpy.

It’s difficult to set the 13 inch Zenbooks apart, as the important differences lies inside

It’s worth nothing that the UX51VZ packs a nice sound system. The speakers are placed on the right and left rims on all these devices, but the UX51VZ also comes with an external subwoofer, which, once connected, does make a big difference.

And then, what really sets these apart is the hardware inside.

All the 13 inch Zenbooks are built on Intel ULV hardware platforms. The UX32A is paired with Core i3 and i5 processors, while the UX32VD and the UX31A only come with i5 and i7 configurations.

The UX32A and the UX32VD use regular 2.5inch 7mm storage units, which makes them easily upgradeable. On the Zenbook Prime there’s a pen-SSD with a proprietary mSATA like connector and it’s difficult to replace. Also, the Prime comes with a single memory module, soldered on the motherboard, while the UX32VD and the UX32A offer an upgradeable module, plus an extra 2 GB one soldered. That means that the Prime is not at all upgradeable, while the other two are.

Also, the UX32VD packs a dedicated Nvidia chip, the GeForce 620M, an entry level graphics card, but still significantly faster than the integrated Intel 4000 HD chip offered by the UX31A and UX32A models. 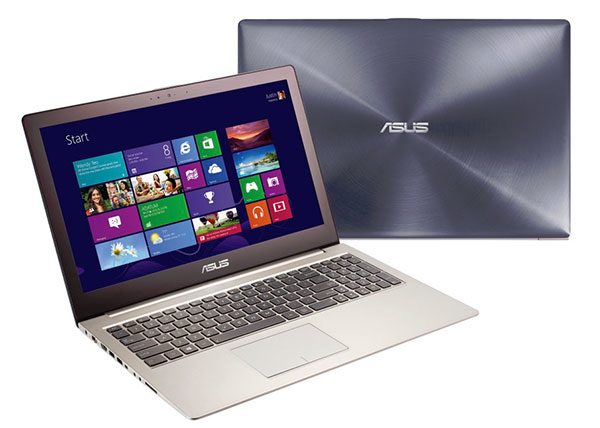 The Zenbook UX51VZ is larger and more powerful

The Zenbook UX51VZ plays in a different league. It packs an Intel Core i7 quad-core full-voltage processor, 8 GB of RAM and has two storage drives. There are two memory modules, a 4 GB one soldered to the motherboard, and another one you can upgrade, so you can get up to 12 GB of memory on this one. The two SSDs however use proprietary connectors and upgrading them is going to be close to impossible, as they are not compatible with standard mSATA pen-drives. The UX51VZ also bundles the Nvidia GT 650M graphics chip, with 2 GB of dedicated graphics.

So at the end of the day, all these devices have purposes of their own. The Zenbook UX32A is a sleek and affordable laptop, starting for less than $700 these days. The UX31A is a powerful and sleek ultraportable, but is more expensive than the UX32A. And then, the UX32VD is in a way a gaming ultrabook, portable and light, but still able to deal with most games on 13 x 7 resolution and with medium details. And last but not least, there’s the UX51VZ, a compact and slim everyday machine, that will handle everything you will throw at it, from movies to games and all sorts of demanding software.

That pretty much wraps up this post. There are probably many other fine details I might have missed about these ultrabooks, but I do hope this short comparison between the important Asus Zenbooks will help you understand the main differences and similarities between them. And of course, if you have any questions, just leave them below and I’ll be here to reply.

Disclaimer: Our content is reader-supported. If you buy through some of the links on our site, we may earn a commission. Learn more.
Andrei Girbea, Editor-in-Chief. I've been covering mobile computers since the 2000s and you'll mostly find reviews and thorough guides written by me here on the site.
← Previous Story Asus Transformer Book TX300 review – the HYBRID
Next Story → Asus Zenbooks with Haswell: Zenbook Infinity and Zenbook Touch UX31A LA