While a few months back nobody had heard or had mentioned the term ‘’ultrabook’’ and everything was peaceful and quiet on the portable computer market, things have evolved extremely fast in a very short period of time.

We have started talking about a new class of laptops, thinner, lighter and more powerful than ever before and many of the important computer manufacturers have done everything in their power to release products that can match this whole new trend.

Samsung has an ultrabook on the market already, Acer, Toshiba and Lenovo are closing in on their own product’s releases and Asus couldn’t have missed this market niche. YOu can read about the best ultrabooks available in stores over here.

The Taiwanese company is preparing the launch of two different ultrabooks (actually called Zenbooks by Asus), the UX21 and UX31, both being rumored to go on the market in just a few short weeks.

After talking a little about the UX21 Zenbook, the 11.6-inch laptop from Asus, we are going to take a quick look at the Asus Zenbook UX31, a 13.3-inch ultra light, ultraportable, fast and powerful notebook. Unfortunately, we are not able to compile a very comprehensive review at this time, due to the fact that there are still a lot of details unknown or insecure about the Asus’s laptop.

The Asus UX31 comes with a very nice and original design.

Much like the 11.6-inch UX21, the 31 features a very elegant and good-looking unibody aluminum chassis. Aside from the fact that it is beautiful and has a very good grip, the UX31’s body is extremely compact, solid and sturdy, but not at all stiff or rough.

The UX31 is of course very thin and light, these being two of the most important things that ultrabooks should offer. It measures 3 mm at its thinnest point and 17 mm at its thickest and it weighs only 1.1 kg( 2.4 pounds), which is much lighter than even the similar Macbook Air.

Like its smaller sibling, the 13.3-incher features a very comfortable full-chiclet keyboard. However, we don’t know yet if it has the same problems as the one featured by the UX21( shallow travel) and we will only know this when we will actually get some quality time with Asus’s upcoming laptop.

The glass touchpad, on the other hand, is once again great, being very solid, well-sized, highly responsive and very comfortable to use.

Even though the information is yet to be confirmed from official sources, the 13.3-inch display should come with a 1600×900 pixels resolution, which would be better than the screens featured by all the other ultrabooks due to be released this fall. We also don’t know if the screen will be glossy or matte, but it would be a real shame if such a high-res display will be hampered by a low-quality finish. 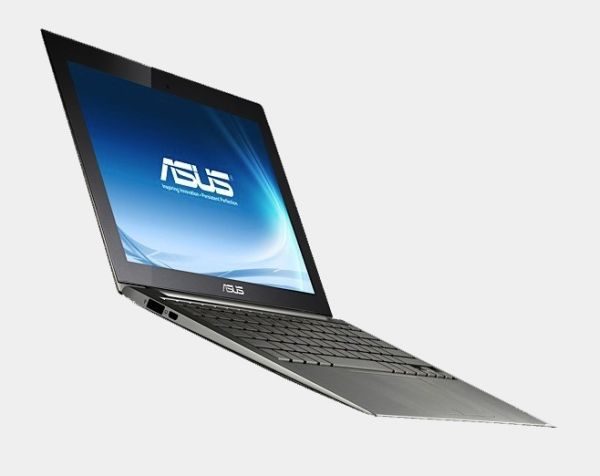 The UX31 is thin, light and it should also be pretty snappy. What else could you want…?

In terms of hardware, the UX31 will feature the i3, i5 and i7 range of second-generation Intel Core processors and will probably come with a maximum of 4 GB of RAM. As for the internal storage units, this will surely be SSDs and will most likely range from 64 to 256 GB.

Battery life, connectivity and others

While it’s almost impossible to talk about the battery life of a laptop that almost nobody had the chance to test, the Asus UX31 is set to come with an autonomy of up to seven hours. At least, that’s what Asus claims, because in reality we would expect more like six hours or even less.

Asus also expects the battery to hold between a week and ten days when in stand by and due to the laptop’s software and SSD we are promised an extremely quick sleep mode return of about two seconds. If these will actually be in reality as they are advertised we don’t know at the moment, but we promise to get back to you as soon as we find out.

In terms of ports and connectivity, the UX31 is set to feature USB 2.0, as well as 3.0, an SD card reader, a DisplayPort and a micro HDMI socket, as far as we know right now.

Even though it was initially rumored to hit the market in September, the Asus UX31 will probably not be available for sale before late October or even November. In terms of pricing, we know nothing official, but we have plenty of rumors. 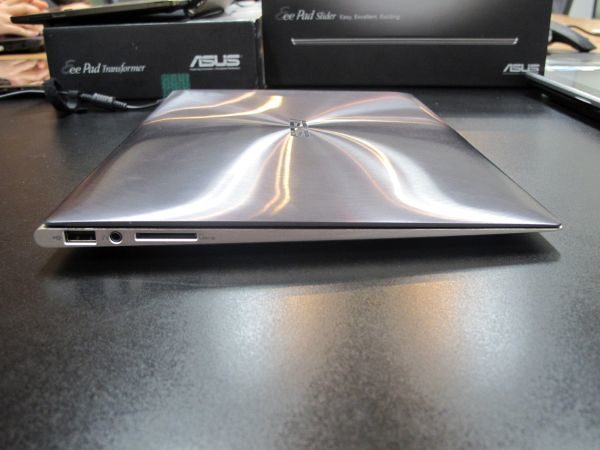 The price should be the make or break element for the Asus UX31.

Although Asus had planned to price the UX31 at about 1000-1100 dollars a few months back, the latest suspicions point towards a price tag of about 1500 or even 1600 bucks, similar to the Samsung Series 9 and Asus Macbook Air high-end models.

While ultrabooks in general seem quite promising and may be the computer devices to watch these following months, the Asus UX31 looks particularly good. With an original, elegant, but also practical design, a good performance level, a high-resolution display and a battery that is expected to run for a pretty long time between charges, Asus’s upcoming 13.3-inch laptop could find no trouble in making an impact on the computer market.

On the other hand, there are very many little details we don’t know about the UX31 Zenbook, details that can and often make the difference between a good product and an only promising or decent product. We therefore would like to wait and find out more about this ultrabook before making a definite and accurate judgment about its possibilities and abilities.

If you want to find out more about Asus’s 13 inch ultrabook, see our detailed review or check out Mike’s video walk-trough below:

Disclaimer: Our content is reader-supported. If you buy through some of the links on our site, we may earn a commission. Learn more.
Adrian has a passion for technology and portable computers and he's been writing about mobile devices for many years now. He is in charge with the news here on the site, but sporadically he also contributes with tests and reviews.
← Previous Story Asus UX21 Zenbook first look- could it be the cheapest ultrabook?
Next Story → Samsung Series 9 (2011) review- an early ultrabook with plenty of power