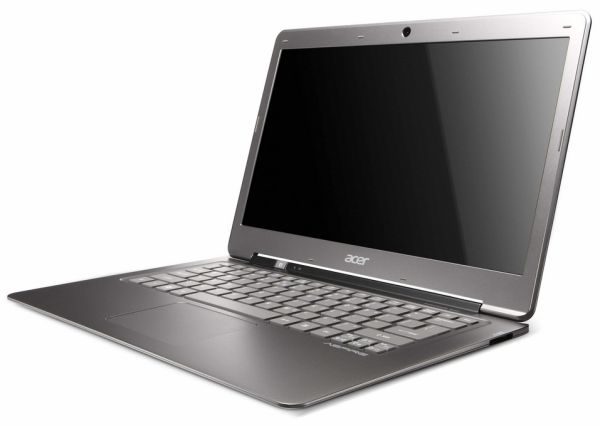 Ultrabooks are probably THE computer devices of the moment, being commented upon, debated and expected for quite a while. These are a new set of laptops built to be super slim, extremely light, very powerful, but also not very expensive.

One of the world’s first ever ultrabook is set to be the Acer Aspire S3, a 13.3-inch notebook unveiled at the 2011 IFA in Berlin and expected to hit the international computer market as soon as next month.

Update: Here’s our in-depth review of the Acer Aspire S3.

The S3 has already drawn our attention with its lightweight, high performance and impressive booting speed and in the following lines we are going to see if Acer’s new laptop can revolutionize the computer market, as it was advertised.

You can also read about its main competitors in this post that speaks about the best ultrabooks on the market.

While the overall design is elegant and pretty classy, you can’t help but notice that it kind of resembles the Macbook Air, one of Apple’s most popular products right now. However, the aluminum and magnesium exterior is solid, very good-looking and also smudge-free.

The Acer Aspire S3 is set to be one of the first ever ultrabooks.

Furthermore, the S3 scores some big points in terms of weight and dimensions, weighing less than 3 pounds and measuring only 1.3 cm in depth.

The Aspire S3 features a full-size chiclet keyboard that feels pretty shallow and looks cheap and fragile at least in comparison with the laptop’s exterior design. On the other hand, the keys are pretty well-sized and decently spaced.

As for the touchpad, this is very large and looks comfortable, but it feels a bit stiff at times, based on the early hands-on impressions.

The 13.3-inch LED display features a 1366×768 pixels resolution and offers crisp colors and good brightness. However, the glossy surface is highly reflective and using the screen in difficult lighting conditions will be pretty much impossible. 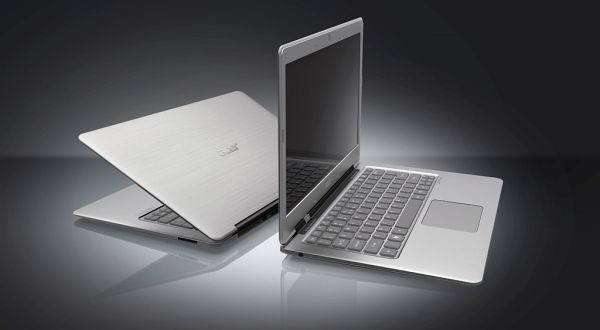 While it should be pretty snappy, the S3 features a glossy screen, which is not great.

In terms of hardware, the S3 is impressive, to say the least, featuring the latest second generation Intel Core i3/i5/i7 processors. Acer’s first ultrabook will also come with 4 GB of RAM and will offer the choice of SSD and HDD internal storage devices.

Battery life and others

The SSD option of the S3 promises a battery life of seven hours, which would be great for a 13.3-inch notebook. However, before being able to get our hands on a final version of the laptop, we would be cautious at naming any autonomy-related definite numbers.

In terms of ports and connectivity, Acer’s new notebook will feature WiFi, Bluetooth 4.0, HDMI, as well as a 2-in-1 card reader supporting SD Cards and MultiMedia Card. Other features should include a 1.3 megapixel Acer Crystal Eye camera and built-in speakers with Dolby Home Theater v4 for surround sound.

The things that could make the S3 special however are the booting speed and the Internet access. Acer has developed two new technologies, the Green Instant On and the Instant Connect, which should make the S3 resume its activity from the sleep mode in two to six seconds and connect to the Internet in about three seconds. However, the hands-on video from Engagdet, one of the first direct contacts with the S3, has shown that at least the very fast booting could in fact have been only a well-crafted marketing gimmick.

When the discussion about ‘’ultrabooks’’ was firstly opened, these portable computer devices were expected to come with a decent price tag of up to 1000 dollars. However, most ultrabooks rumored to enter the market in the near future are set to cost consistently more.

It pretty much doesn’t get any thinner than that, does it…?

The S3 on the other hand could well be the most affordable ultrabook at the end of the year, at least when it comes to the low-end versions of the laptop. Acer’s 13.3-inch notebook should cost between 799 and 1199 euro in Europe, where it will be released in October, while in the US, where a definite launch date has not yet been set, it should go for prices of 800 to 1100-1200 dollars, depending on the exact model’s tech specs.

Ever since we have heard for the first time about ultrabooks, we had a feeling that these could well change our view of the computer market. Having this in mind, the Acer Aspire S3, one of the world’s first ever ultrabooks, should not disappoint and should provide a very well-balanced package that could compete with almost any notebook on the market right now.

The S3 is very portable, extremely lightweight, strong and fast in performance terms and, in comparison with the Macbook Air for example, should also prove to be pretty affordable. However, Acer’s new laptop is far from being the perfect portable computer, featuring a glossy finish and a pretty tacky keyboard.

There is also the problem of the so-called revolutionary Acer technologies, which could not work as well as the Taiwanese producers claim, but all in all you can’t deny that at least in theory the Aspire S3 looks promising, if not impressive.

Disclaimer: Our content is reader-supported. If you buy through some of the links on our site, we may earn a commission. Learn more.
Adrian has a passion for technology and portable computers and he's been writing about mobile devices for many years now. He is in charge with the news here on the site, but sporadically he also contributes with tests and reviews.
← Previous Story Sony Vaio T13 review – a stylish and affordable ultrabook
Next Story → Toshiba Z835 Portege – a business ultrabook for enterprise users