Asus UX21 Zenbook first look- could it be the cheapest ultrabook? 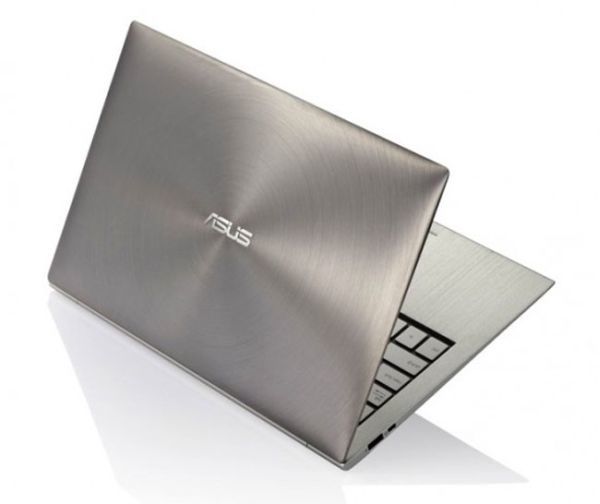 The ultrabook buzz has started a few months back and has increased progressively throughout the last weeks. September is here and the official releases of some of the most important players on the ultrabook market are closing in extremely fast.

One of the very slim, ultra light and fast portable computers expected to hit the market in a few weeks is the Asus Zenbook UX21. And while Acer, Toshiba and Lenovo have only announced the releases of 13.3-inch ultrabooks, Asus has decided to follow in the footsteps of Apple and Samsung and launch an 11.6-inch thin and portable laptop, as well as a 13.3-inch one.

The UX21, rumored to start selling as soon as the end of September, is still surrounded in mystery, very few of its exact details being already known by the public. There are also very few people who have managed to get their hands on Asus’s new laptop, so it is pretty difficult to form a definite opinion about what this will actually be able to do.

In the following lines, however, we will take a preliminary look at what we know about the UX21 in terms of design, technical specifications and features and we will try to determine if this is actually a product to watch in the next weeks and months.

The UX21 looks great and can’t be accused of copying the MacBook Air.

Asus has made everything in its power to manufacture an ultrabook that wouldn’t resemble very much the Apple Macbook Air and, as far as we can tell, they have managed to pull a pretty original and good-looking overall design.

The casing is made out of hardened aluminum, which makes the AsusUX21 look and feel solid and sturdy, but pretty stylish at the same time. The silver lower part of the chassis, combined with the black bezel around the screen and the also black upper rear part of the laptop, provide a pretty elegant and beautiful contrast.

The UX21 scores some important points in terms of dimensions and weight too, measuring only three millimeters at its thinnest point and 17 mm at its thickest and weighing around 2.2 pounds( 1.0 kg).

The Chiclet-style keyboard has so far received a fairly negative feedback, being accused of having shallow travel, but we would refrain from making clear judgments before more people will be given the opportunity of analyzing it. 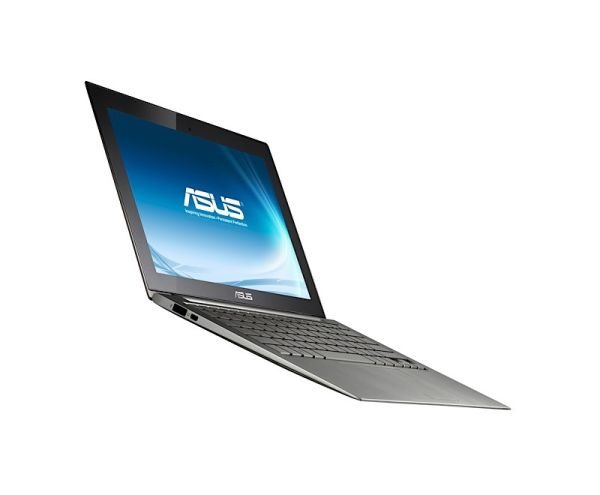 The product dimensions are impressive, but the keyboard could be better.

The touchpad, on the other hand, should be pretty satisfactory, being made out of glass. This looks pretty large and comfortable and could well compete with the trackpad featured by the Apple Macbook Air.

The 11.6-inch screen featured on Asus’s new notebook looks pretty decent, at least in theory, with a 1366×768 pixels resolution, which should translate in crisp colors and respectable overall image quality. On the other hand, the glossy finish is not what we would expect from a laptop that targets to compete with the Macbook Air or the Samsung Series 9.

When it comes to hardware, the UX21 should come with a range of low voltage second generation Intel Core i3, i5 and i7 processors, much like all the other ultrabooks expected to hit the market soon. It should also come with 4 GB of RAM and with a choice of 256 or 128 GB SSD internal storage.

Battery, connectivity and others

The Asus UX21 is set to feature a 6-cell battery expected to run up to seven hours between charges. Or at least that is what the Taiwanese producers are claiming, because we have been around the block a few times and we would rather look for a real autonomy of about six hours. 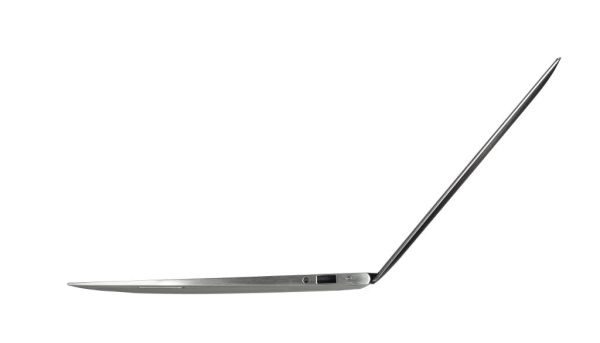 The pricing could be the UX21’s number one advantage.

In terms of connectivity, Asus’s ultrabook should feature two USB ports( a 2.0 and a 3.0 one), a mini HDMI port, WiFi and Bluetooth, which is decent, but not impressive, giving that it will have no SD card reader or Ethernet.

As we already told you earlier, the UX21 is still surrounded in mystery, with rumored official dates ranging from early September to early November. No official news in terms of pricing either, but Asus’s 11.6-inch ultrabook is expected to cost well below 1000 dollars. Some have even talked about a possible $799 price tag, which could make the UX21 the cheapest ultrabook on the market.

While it is pretty hard to talk about a laptop that has not yet been tested and fully reviewed by anybody, what we can say at this point is that the Asus UX21 looks promising and could become a best-seller (with big emphasis on ‘’could’’).

With an original and good-looking design, a strong, but elegant build, a decent performance level and with only a few small weak points, the 11.6-inch Asus Zenbook UX21 needs a correct price tag and will then be on its road to popularity and success.

Disclaimer: Our content is reader-supported. If you buy through some of the links on our site, we may earn a commission. Learn more.
Adrian has a passion for technology and portable computers and he's been writing about mobile devices for many years now. He is in charge with the news here on the site, but sporadically he also contributes with tests and reviews.
Next Story → Asus Zenbook UX31E ultrabook – first look at Asus’s 13 inch stylish notebook