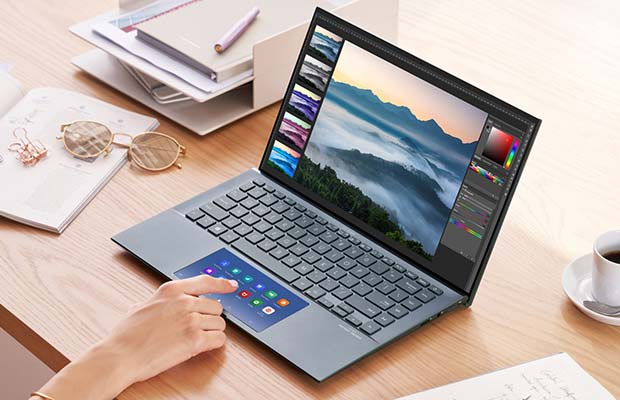 The late-2020 ZenBook lineup looks like a solid leap in the right direction for Asus, and a step-up from the mid-2020 ZenBook series.

Updated hardware, with Intel TigerLake i7 processors and faster memory, Intel XE graphics (on the UX435EA) or an optional Nvidia MX450 dGPU (on the UX534UG), these are the major updates here, alongside the introduction of Asus’s ScreenPad technology, an optional touch display, and support for Thunderbolt 4 connectivity. Oh, and these ZenBook 14s get the 3.5 mm jack back.

Drawbacks? Not on a first look, with the only aspect that drew my attention being that slightly smaller 63 Wh battery on this new generation, compared to the 67 Wh battery in the previous one.

However, the devil lies in the details with these platforms, and my two concerns are whether Asus were able to improve on the system’s performance and the chassis overall rigidity compared to the previous UX325.

Based on what we know so far, Intel’s TigerLake hardware should improve on the existing IceLake on both CPU (slightly) and GPU (majorly) levels. However, the i7-1165G7 is still a quad-core processor built on 10nm, so I’d expect it to perform similarly to the i7-1065G7 in CPU-dependant loads, and still be highly dependant on the level of applied power.

On the UX425, Asus limited the CPU’s power package at only 15W in sustained demanding loads, so I’m curious how they’ll change that on the UX435. Given the beefier XE graphics on this generation and especially the optional Nvidia MX450 graphics on the UX435EG models (which we know very little of as of right now), I’d expect a revamped thermal module on this series to properly cope with this hardware.

Looking through those specs above, I noticed that the ZenBooks UX435 models are a few millimeters thicker than the UX425s, and that’s reassuring on a potential updated underbelly design and thermal module. Asus also mention an updated fan with 15% increased air-capacity gen-over-gen in their marketing materials, but I can’t tell for sure whether they’re comparing the UX435 to the UX425, or an older series. Furthermore, they also mention a Performance power profile in the MyAsus app, which once more might suggest an improved thermal profile for demanding tasks. 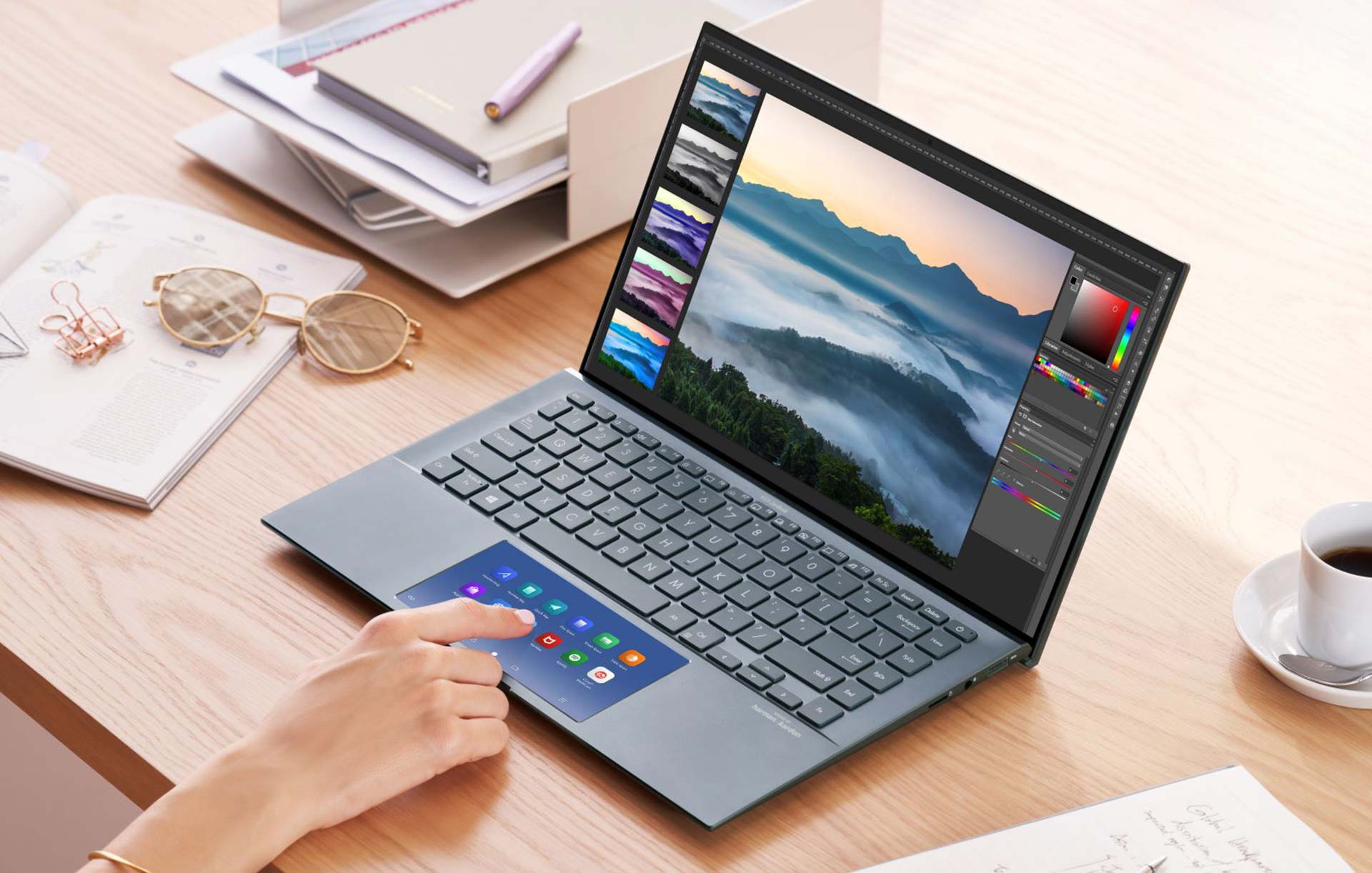 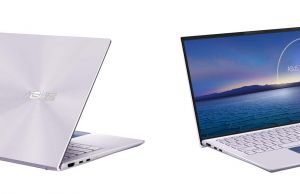 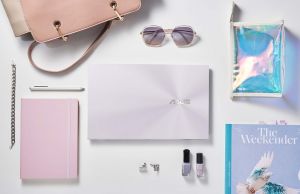 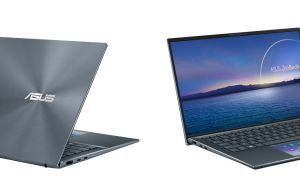 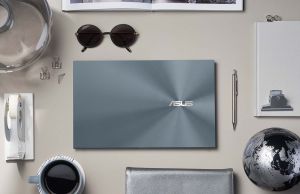 At the same time, you might have noticed that the UX435 models are shorter now, which translates in a thinner chin underneath the screen, and that’s a potential problem. Asus’s thermal design blows hot air through an exhaust placed just under the screen, and that means that the panel is now placed about one cm closer to the exhaust on this updated design. Given how the chin took most of the blunt heat on the UX425 and reached temperatures in the high 40s, I worry that the panel itself is going to run at this sort of high temperatures (or higher) in the UX435 models, with potential long-term issues.

Oh, and how about the Thunderbolt 4 support on these updated models? Well, Thunderbolt 4 is not faster than Thunderbolt 3 in terms of transfer speeds, just slightly more versatile, able to drive 2x 4K monitors or a single 8K monitor, and supporting 100W of charging among others. We’ll further look into the Thunderbolt 4 specs in a separate article.

On a separate note, I’m glad to see HDMI 2.0 support on this new model, as well as have that 3.5 mm jack back. It didn’t take Asus long to get back on this inexcusable omission.

Anyway, I sure hope these ZenBook 14s will not disappoint with their performance and thermals, and I’m looking forward to getting the review units and put them through their paces.

Aside from the standard ZenBook 14 UX435 series, Asus also plan a newer addition to their ZenBook lineups, the Ultralight UX435 L, with L coming from lightweight.

Update: Our detailed review of the ZenBook 14 Ultralight series is available over here.

While the standard UX435 ZenBooks are made from aluminum, these UX435L ZenBooks are crafted from magnesium-lithium alloys, thus lighter, and also slightly thinner, at 14.9 mm, compared to the 16.9 mm of the regular UX435. As a result, both the UX435EAL and the UX435EGL variants weigh less than 1 kilo (980g for the UX435EAL with Intel XE graphics, 995 g for the UX435EGL with Nvidia MX450 graphics, both with the matte screen, ScreenPad, and 63 Wh battery).

For the most part, I expect these two to feel and look much like the Asus ExpertBook B9 line, which btw, has been updated to Tiger Lake hardware as well, as that’s also crafted from the same kind of magnesium alloys. For what is worth, the B9 is one of the nicer crafted ultrabooks I’ve tested so far, so expect these UX435L ZenBooks to feel more rigid and sturdier than the standard UX435 models.

At the same, time, I’d also expect them to be significantly more expensive than the standard models, but details on availability and pricing will be released at a later date. Furthermore, looks like these ZenBook 14 Ultralights won’t get the optional ScreenPad and will only be available with a matte screen, so in the end, it’s up to you whether you’re willing to spend extra for a lighter and stronger product, but without some of the features available on the standard models. 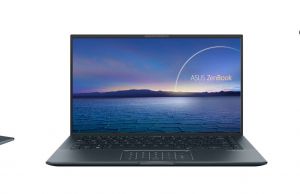 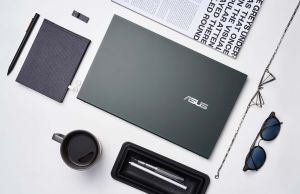 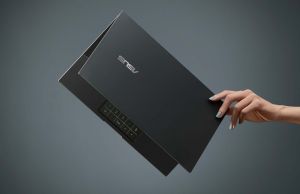 Once more, I’m looking forward to spending more time with this line and publish our reviews. Stay tuned.

Update: Our detailed review of the ZenBook 14 Ultralight series is available over here.